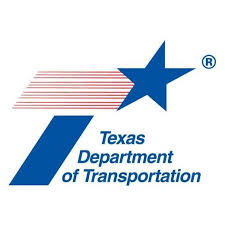 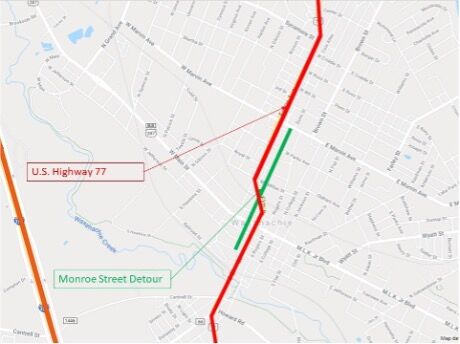 Weather permitting, the Texas Department of Transportation will implement a new traffic pattern on U.S. Highway 77 (U.S. 77) from South College Street to Royal Street at 7 p.m. Thursday, May 27.

Southbound and northbound U.S. 77 traffic will be detoured to Monroe Street, which was recently repaved. One northbound lane on U.S. 77 (Elm Street) will remain open from Madison Street to Monroe Street while the southbound lane is being reconstructed. Several side streets, including West Madison, West Jefferson, West Franklin and Water, will be closed one at a time with detours, during the construction at each of those streets. This traffic pattern will be in place until spring 2022.

The traffic switch is part of a $21.6 million project to replace a bridge and approaches on U.S. 77 in downtown Waxahachie.  Work starting in December 2019 and is scheduled to complete in spring 2022.

Message boards have been placed to alert drivers of the new traffic pattern. TxDOT asks drivers to remain aware in the work zone. For information about these road closures and others, visit www.DriveTexas.org.