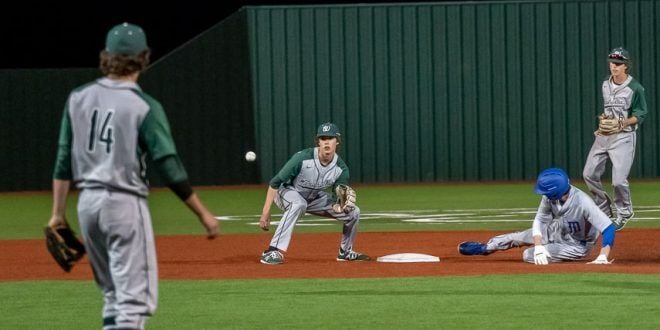 Waxahachie shortstop Austin Elbert (center) receives a throw down to second base in a game against Midlothian during the 2020 season. He was involved in a two-vehicle accident on Monday afternoon in Waxahachie. (Kirk Holt/KBEC Sports, file) 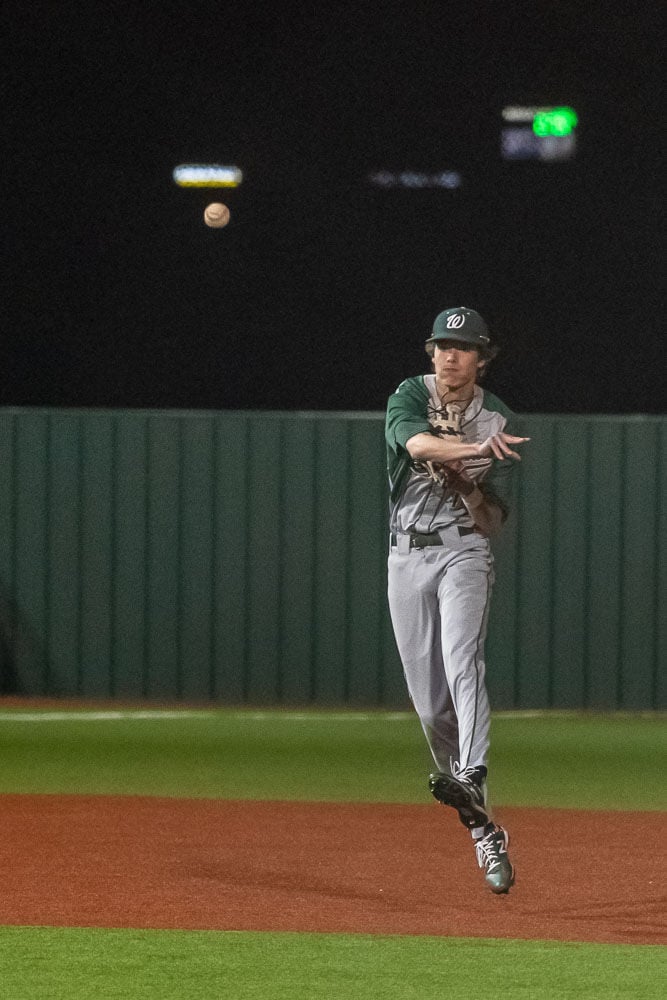 Waxahachie shortstop Austin Elbert (center) receives a throw down to second base in a game against Midlothian during the 2020 season. He was involved in a two-vehicle accident on Monday afternoon in Waxahachie. (Kirk Holt/KBEC Sports, file)

The Waxahachie community received devastating news Monday afternoon when it learned of a tragic traffic accident involving a baseball senior. That news took an even more heartbreaking turn Tuesday when the community learned that Austin Elbert, 17, had succumbed to his injuries.

“Waxahachie High School lost a great student-athlete, a fine young man and friend to so many,” Waxahachie ISD superintendent Dr. Bonny Cain said. “There is an incredible outpouring of emotion from his teachers, coaches and classmates. Austin will be remembered forever.”

Elbert was the lone occupant in a maroon single-cab pickup that collided head-on with a semi-truck at about 1:51 p.m. in the 2300 block of W. U.S. Highway 287 Bypass.

According to Waxahachie Police investigating officer Danny Knight, Elbert left the campus of Waxahachie High School and was entering the highway’s southbound entrance ramp when he lost control of his pickup and crossed the median into the northbound lanes. His vehicle then slid sideways and collided head-on with the tractor-trailer.

The accident occurred in the northbound lanes of U.S. Highway 287 near the Cowboy Church of Ellis County and the Ellis County Expo Center. KBEC Sports has learned that Elbert was on his way from the Waxahachie High School campus to Stuart B. Lumpkins Stadium to utilize the weight room with the Indian baseball team.

According to details provided to DFW Scanner, Elbert was ejected from the vehicle and bystanders performed CPR until American Medical Response (EMS) arrived on scene.

Knight confirmed that Elbert was taken from the scene via ground ambulance to Baylor Scott and White Medical Center – Waxahachie. He was then taken via air ambulance to Methodist Dallas Medical Center, where he remained on life support into Tuesday.

Knight informed the Waxahachie Sun that the accident remains under investigation but believes weather to be the factor.

Barry Navarro, president of the Waxahachie Indian Baseball RBI Club, said that what the family, team and community need now more than ever is support.

“This is just heartbreaking, it really is,” Navarro said. “There is no way to put into words how this affects a person, family or community. These young men will need us to be there for them because this is a loss that they won’t ever forget. The RBI Club will support this family and program in any way it can, and our sincerest prayers for comfort are being sent as quickly as they can.”

Navarro also noted the RBI Club and its supporters are putting together plans for a memorial to honor Elbert’s life and contributions to the Indian baseball program.

Elbert, a pitcher and starting shortstop, went 13-for-27 (.481) with four doubles, five RBIs and four runs scored over 12 games.

He also appeared in two games as a junior on the mound for the Indians during their 2020-shortened season. He allowed just two hits and struck out three over four scoreless innings.

One of those outings included a combined no-hitter by Elbert and fellow senior Casey Kelly against Sulphur Springs during the annual Rose City Classic at Mike Carter Field in Tyler. Despite the no-no, the Wildcats plated a second-inning run to win the Feb. 29 contest, 1-0.

A candlelight prayer vigil was held at The Avenue Church in Waxahachie on Monday evening, with those in attendance praying for comfort and understanding. A second vigil was being held at Paul Richards Park at 5:30 p.m. Tuesday.

Waxahachie ISD has counselors on campus for any students, faculty or staff who need to utilize their services.

“It is devastating for his family to go through this, but I know Austin’s teammates, coaches and school community will get behind his family and support them,” WISD athletic director Greg Reed said. “Austin had only been a student at WHS for one year, but he had already become a friend and brother to so many.”

This article has been updated throughout since its initial posting.