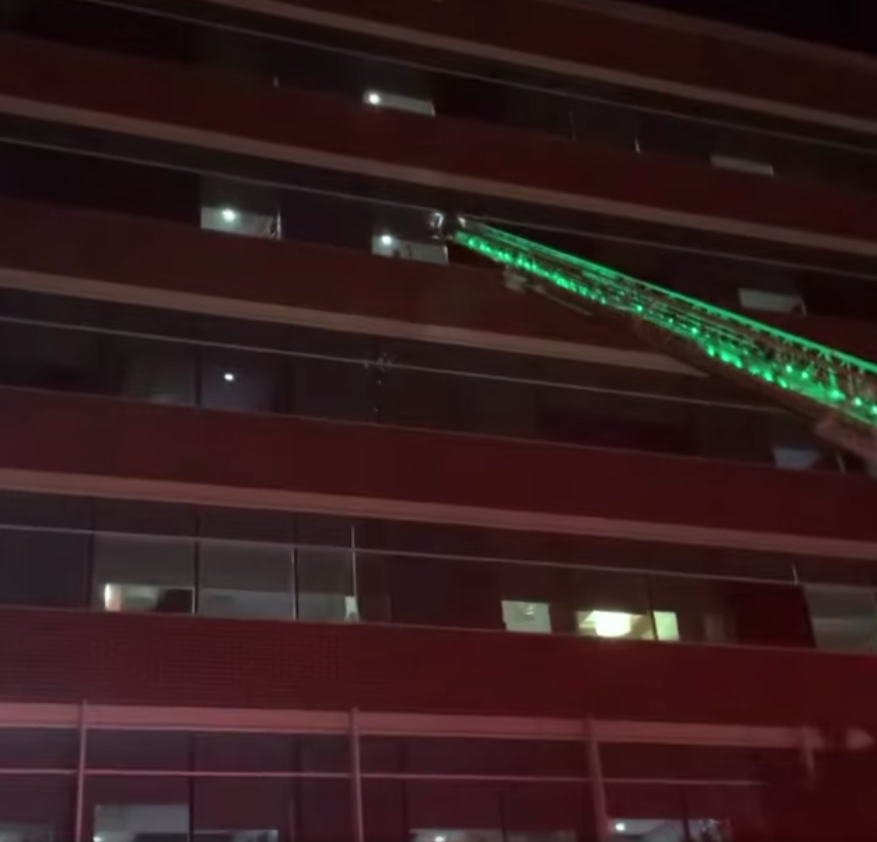 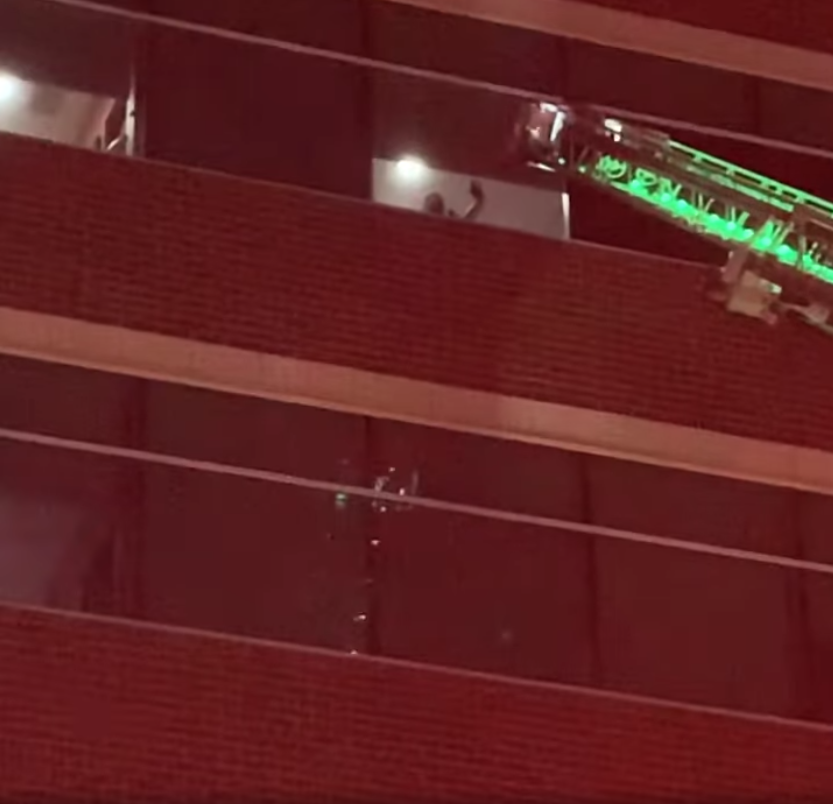 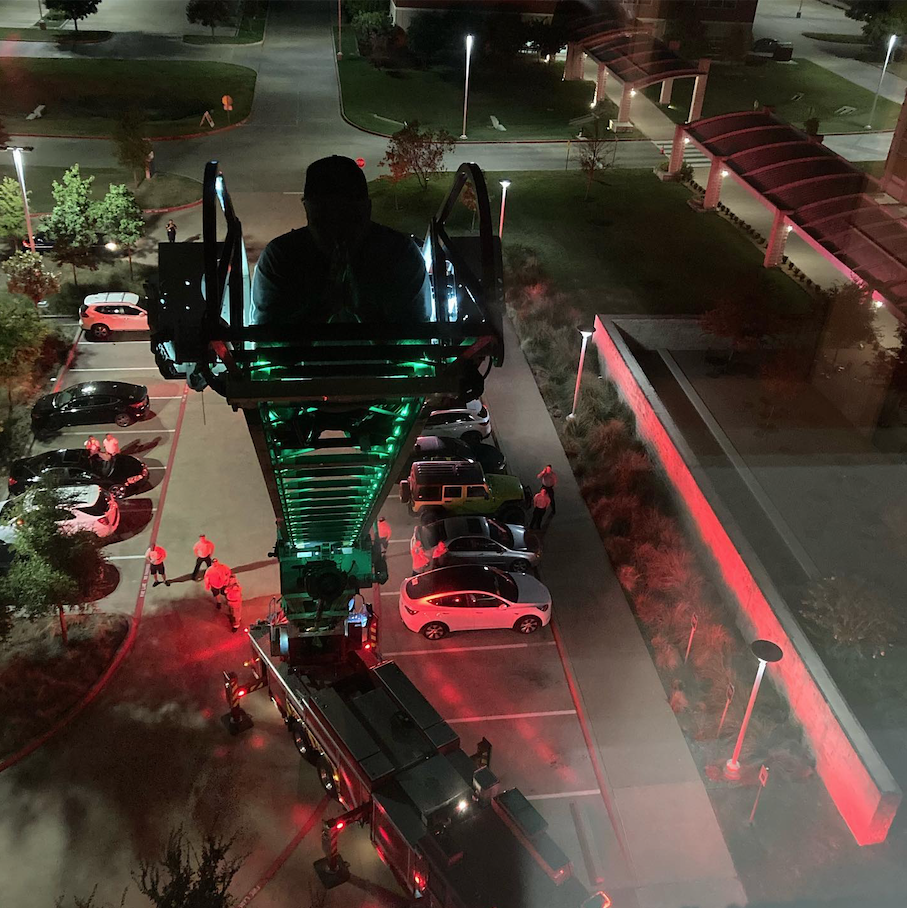 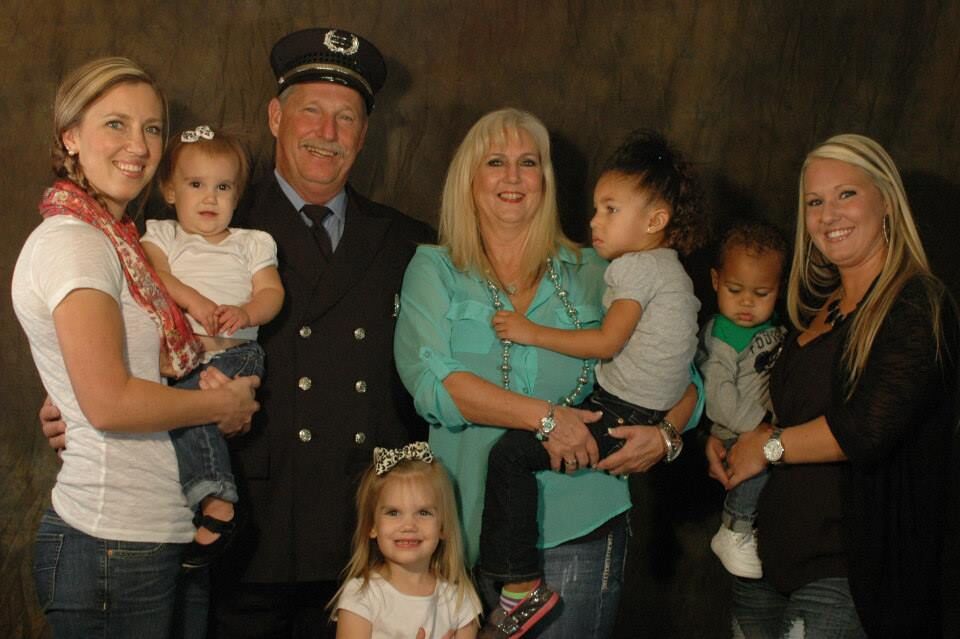 Waxahachie firefighters paid a unique visit to Baylor Scott & White Medical Center – Waxahachie on Monday, Sept. 13, using the department’s ladder truck to show their support for retired firefighter Len Crow. Crow, who served the city for more than 33 years, was undergoing treatment for COVID-19 at the hospital.

Firefighters set up the ladder truck in front of the patient bed tower. Once in position, they raised the ladder to Crow’s window. After the ladder was extended, engineer James Koonsman climbed up to greet Crow at the window. As this was happening, firefighters shouted words of encouragement and waved from the ground to Crow, who appeared at the window and waved back to them.

“We heard that there was a retired Waxahachie firefighter that was in the hospital with an illness and due to COVID restrictions we weren’t allowed to go visit,” Safford said. “So, we decided to go visit in our own special way and let him know that we love him, we are behind him, pulling for him and praying for him.”

Safford expressed his thanks to the doctors, nurses, and hospital staff, saying he wanted to recognize them for the hard work they continue to do daily.

Crow’s daughter, Brooke Crow Hunt, expressed her appreciation for the support the fire department gave to her father through a post on Facebook.

“My dad had some incredible visitors tonight and I know it meant the world to him,” Brooke Crow Hunt wrote. “He was a firefighter for 33 years. It’s an unbreakable bond for these men and women and this is a perfect example of it right here. I can’t thank WFD and the hospital staff enough.”

Crow has since been released from the hospital and is continuing his recovery at home. He told the Sun that he is thankful for the support the fire department showed him as he battled the virus. He said he “can’t express” in words what the act of kindness and love meant to him personally.