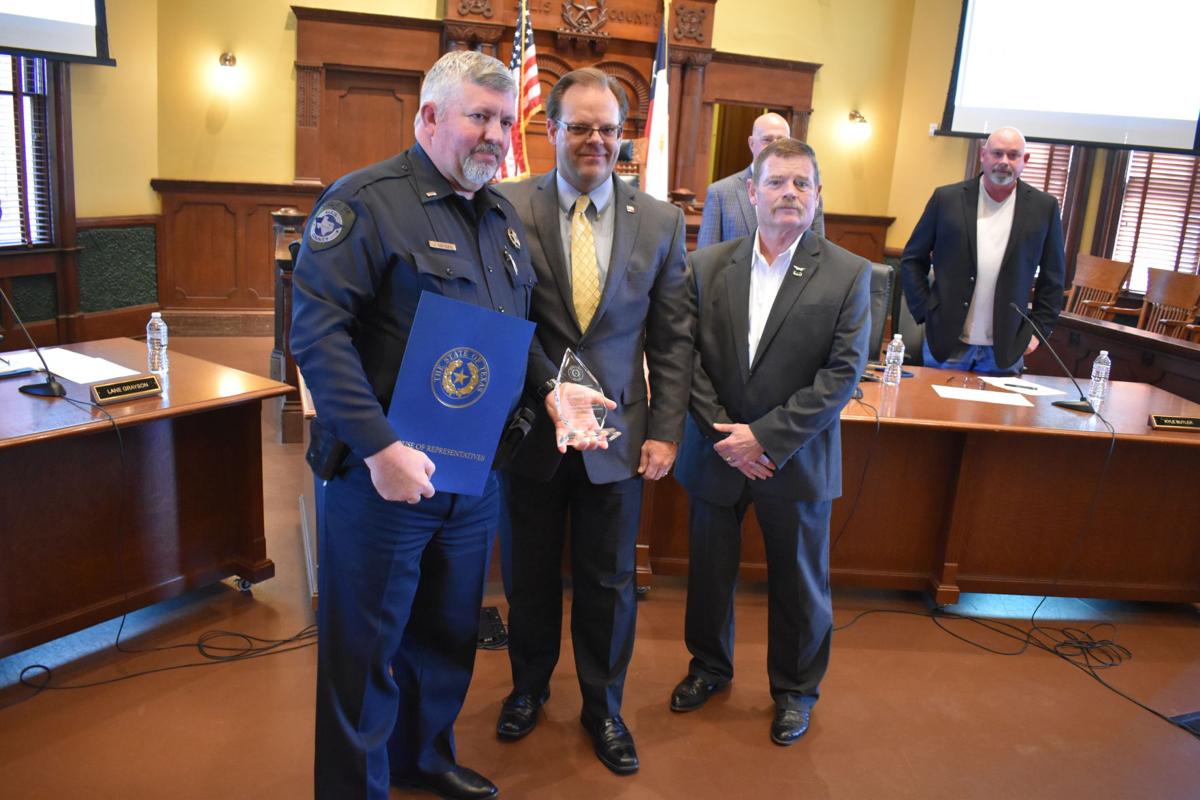 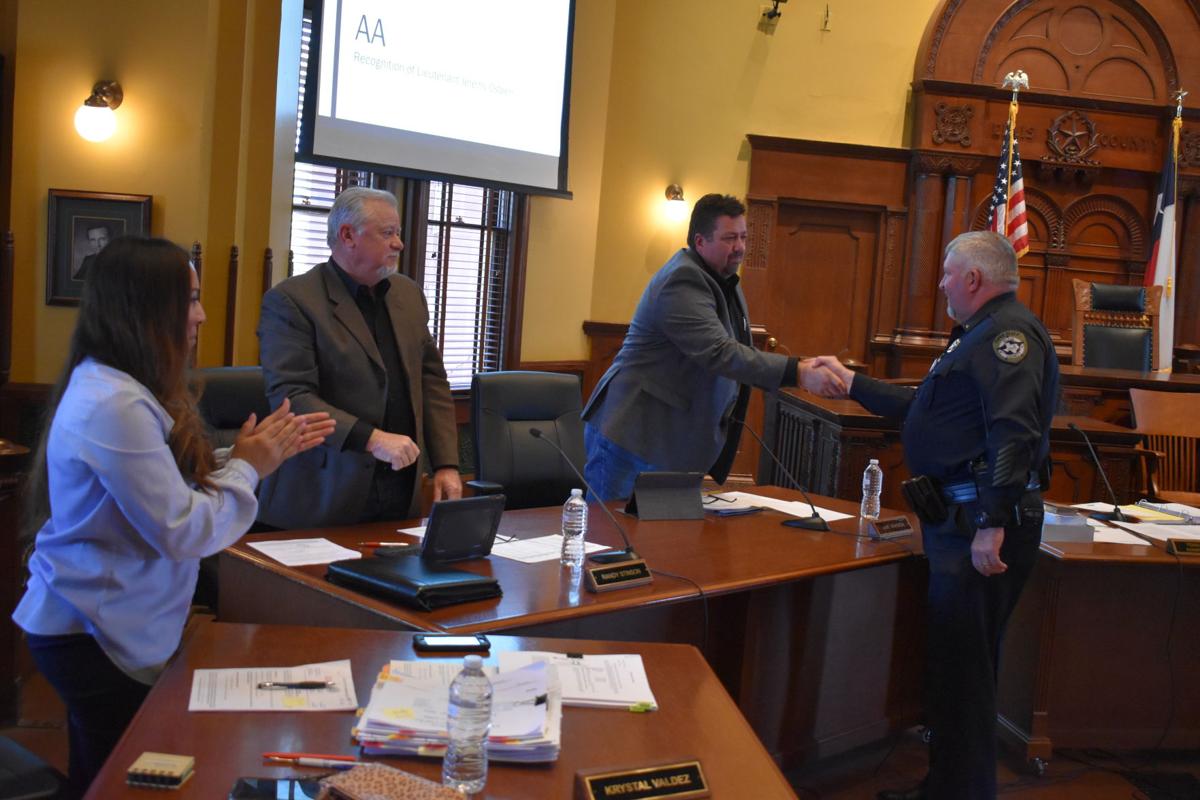 During his career, Osteen has worked as a detention officer, transport officer, patrol deputy, investigator, SWAT team member and currently serves as the lieutenant over patrol, canine and license and weights divisions.

Osteen said he was humbled by the outpouring of support he saw at the March 10 meeting.

“Honestly, it was a shock walking into that courtroom and seeing the crowd that was there,” he said. “I was really surprised. It made me feel really good that they took time out of their day to give me a pat on the back and congratulate me for my years of service.”

Osteen said the dream to become a law enforcement officer started when he was a child – and the desire to serve the public he had from the start of his career in 1990 is still strong today.

“It is in my blood and it is a passion that I have to serve the citizens of Ellis County and do the best of my ability to keep people safe,” he said. “I love my job.”

Osteen said he is proud of how he had the chance to work alongside his father, who became a deputy, and also his son, who was a jailer.

“My dad joined the profession after I did,” Osteen said. “My dad was a master plumber and was in the dirt and excavation business for most of his life. When I started working at the sheriff’s office in 1990 and I made it out on the streets as a deputy, my dad would come and ride with me as a civilian rider on the weekends. He just kind of got it in his blood as well.

“So, he went in the police academy as well during Ray Stewart’s tenure as sheriff,” Osteen said. “When he graduated, Sheriff Ray Stewart signed him on as a reserve. He worked for a few years as a reserve and then went full time in 1997. He worked from that point until he retired in 2010. He kind of followed in my footsteps. During that same time, my son became a detention officer. All three of us, my dad, my son and myself, we all worked together during Sheriff Stewart’s time.”

The Osteens have been the only three-generation group to work at the same time for the same sheriff, he said, adding, “It was just great to have family working alongside you and made you very proud.”

During the meeting, Ellis County Sheriff Chuck Edge expressed his thanks for Osteen’s dedication to the community and the law enforcement profession.

“It is an honor to have someone for 30 years,” he said. “There are not too many that work in law enforcement for 30 years. There are very few that work at the same agency for 30 years. That is something that Jeremy and his family should be very proud of to stay in one place for 30 years. It just shows the honor, the dedication, and the commitment to the profession and Ellis County.

“Lt. Osteen has been extremely valuable to Ellis County, the sheriff’s office and me,” he said. “Jeremy, congratulations on your 30 years of service especially all in one place.”

Italy resident Susan Harris addressed the court to express her thanks to Osteen for the action he once took to save her life. She said she was traveling north on Interstate Highway 35E about 20 years ago and, unknown to her, there was a dead horse in her lane of traffic.

“I am sure when he saw my lights, he knew it was going to be me,” Harris said. “By a miracle of timing, he got in front of me to where I had a split second to swerve, go around him, see what I missed and go on about my way to work. It was some years before I knew it was Jeremy Osteen on his patrol saving someone from a horse. He saw what was going to happen and put himself between me and that. He saved me from hitting that horse as sure as I am standing here. If I had hit the brick wall of a horse at 75 mph I would not be here today.”