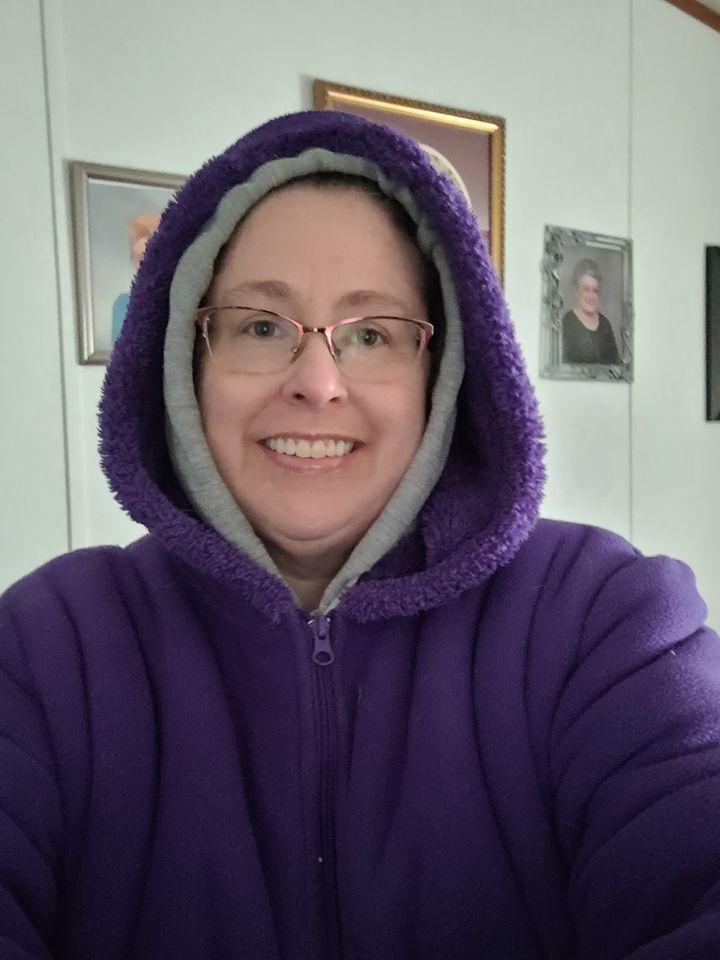 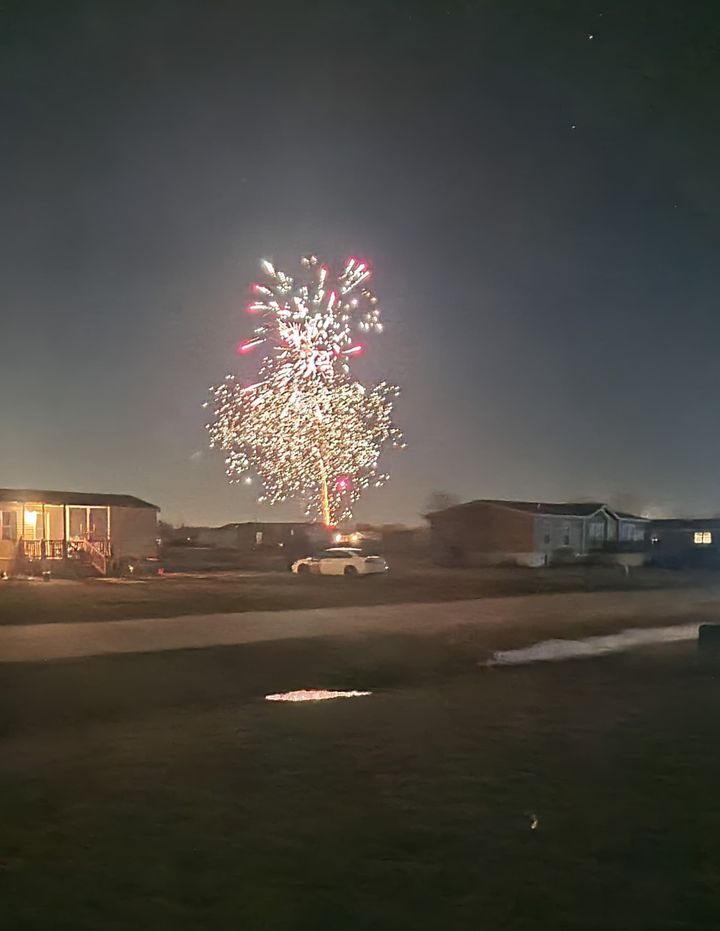 After having endured an extended period of time without power during last week’s winter weather, residents of the Mustang Acres neighborhood south of Waxahachie near Reagor Springs held a “short and sweet” celebration after the power came back on, resident Tiffany Gillen shared with the Sun. “(It was) a small celebration of the neighborhood making it through the week together,” she said.

After having endured an extended period of time without power during last week’s winter weather, residents of the Mustang Acres neighborhood south of Waxahachie near Reagor Springs held a “short and sweet” celebration after the power came back on, resident Tiffany Gillen shared with the Sun. “(It was) a small celebration of the neighborhood making it through the week together,” she said.

Among the many residents who went without power in Ellis County for an extended period of time during this week’s historic snowy weather event were those who live in Mustang Acres, a community along Mustang Road at Reagor Springs.

Power went out at 7 a.m. Sunday for the homes, with resident Tiffany Gillen telling the Sun she believes the electricity finally came back on in the early morning hours of Thursday.

“I was sleeping under covers up over my head, which is how I had done for 4 nights,” she texted the Sun. “I didn’t know my bedroom light came on until this morning when I crawled out. I’m so excited to have electricity. I’m going to get warm!!!”

The days-long loss of power was an ordeal for Gillen and her neighbors, especially as Oncor had ceased all communication with them as of midnight Sunday.

“I never got another message from Oncor,” Gillen said, noting she was happy nevertheless at having electricity again.

“The liquid products in my home will thaw out!!! My dogs will get their water bowl back!!!” she texted, noting there were still some worries, such as the food she’d lost in the refrigerator and water pipes that needed to unfreeze.

After seeing one of Gillen’s social media posts Wednesday, the Sun had reached out to her to share her story. She replied, “Day 4 no electricity. Neighborhood is working together to help each other out. It’s been great. We literally are all in this together.”

Gillen was among a number of residents in Mustang Acres who remained in their homes; she said she did so to ensure her five companion dogs were OK.

“We’ll get through it,” she said in a subsequent phone interview, joking that it was a “Five Dog Night” experience. She said she was mainly staying under the covers with her three Chihuahuas and a Pomeranian, while her Pyrenees, which the weather never seemed to bother, preferring to stay on top of the bed.

“We’re all using our body heat to keep each other warm,” she said, adding that she was wearing three layers in the mobile home and primarily staying with her dogs in the bedroom.

She had used her cellphone to post on Facebook about the power being off – and caught some criticism for staying at her home. She shrugged it off, saying she knows her pets best and knows they would be traumatized if they had to be caged separately at some shelter, if she could even find a shelter to take them.

“I’ve never put any of them in cages,” she said. “They’ve always been with me.”

While some of her neighbors were able to go somewhere else, those who also stayed in their homes were all doing the best they could as they waited for the power to return, she said, noting they were keeping a check on each other and helping where they could.

After an initial story by the Sun on the situation in Mustang Acres, one of Gillen’s neighbors, Teresa Davis, reached out to the Sun via email Wednesday night, writing, “I also live there and have been staying in my car to stay warm. I have four big dogs and can’t leave them behind. I feel we have been forgotten by Oncor. We lost power before the storms, so I don’t understand this long of a delay with them.”

Lack of communication by Oncor

Gillen initially got a text from Oncor at 7 a.m. Sunday saying the power was out and then another at 7:30 a.m. saying power had been restored – but to text back if it wasn’t. Gillen texted back she was still without power. At one point, an Oncor text told her to check her breakers and to text back if the power was still off. The breakers were fine, and she again texted back that her power wasn’t back on.

“Throughout the day, I continued to get texts saying they were working on it,” she said.

Those messages that Oncor was “working on it” continued up until midnight Sunday – and then stopped, never to resume.

Gillen has lived in Mustang Acres for 13 years now, moving to the Waxahachie area from Lancaster. In her 46 years, she said she’s never experienced any loss of power like this one, remarkable for the length of time involved and under the conditions with which it’s presented itself.

“My dogs’ water bowls are frozen inside of my house,” she said earlier this week. “I’ve got a thermometer and it’s 26 degrees in here.”

With the pipes frozen to her residence, she had to bring in water and joked she might have to put the bottled water inside of her refrigerator to keep it from freezing. She was conserving her cell phone battery by not staying on it – she recharged it during a trip into town Tuesday for some supplies.

A sense of humor helped with the ordeal, as Gillen said, “There’s nothing we can do about it. We just have to make the best of it.”

After first speaking with Gillen, the Sun reached out to Oncor’s media contact, who wouldn’t answer questions, but instead repeatedly said to go to the electric service delivery provider’s website and Twitter account for information. In particular, the media contact wouldn’t answer questions about Mustang Acres nor explain why text updates to residents had ceased as of Sunday.

As of Thursday, Oncor’s outage count for Ellis County showed 2,930 remained affected out of 64,758 customers served. The estimated restoration time was listed as “Currently Unknown.”

(Editor's note: This story has been updated to include Oncor restoring power to the residents of Mustang Acres).

I also live there and have been staying in my car to stay warm.i have 4 big dogs and cant leave them behind.i feel we have been forgotten by oncor...we lost power before the storms hit so i dont understand this long of a delay with them.