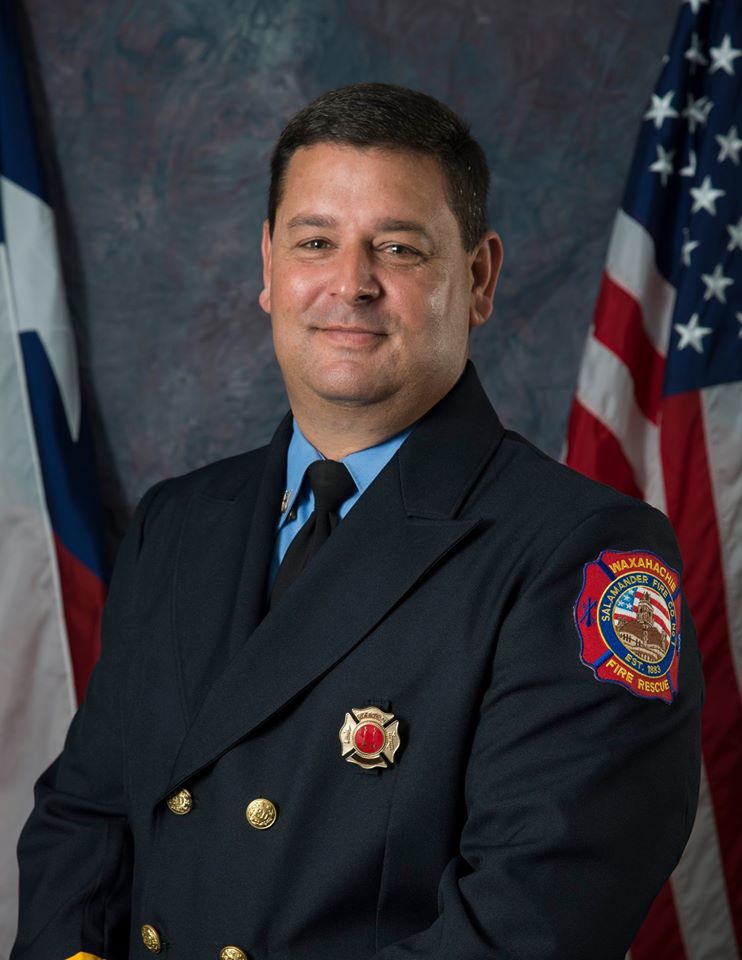 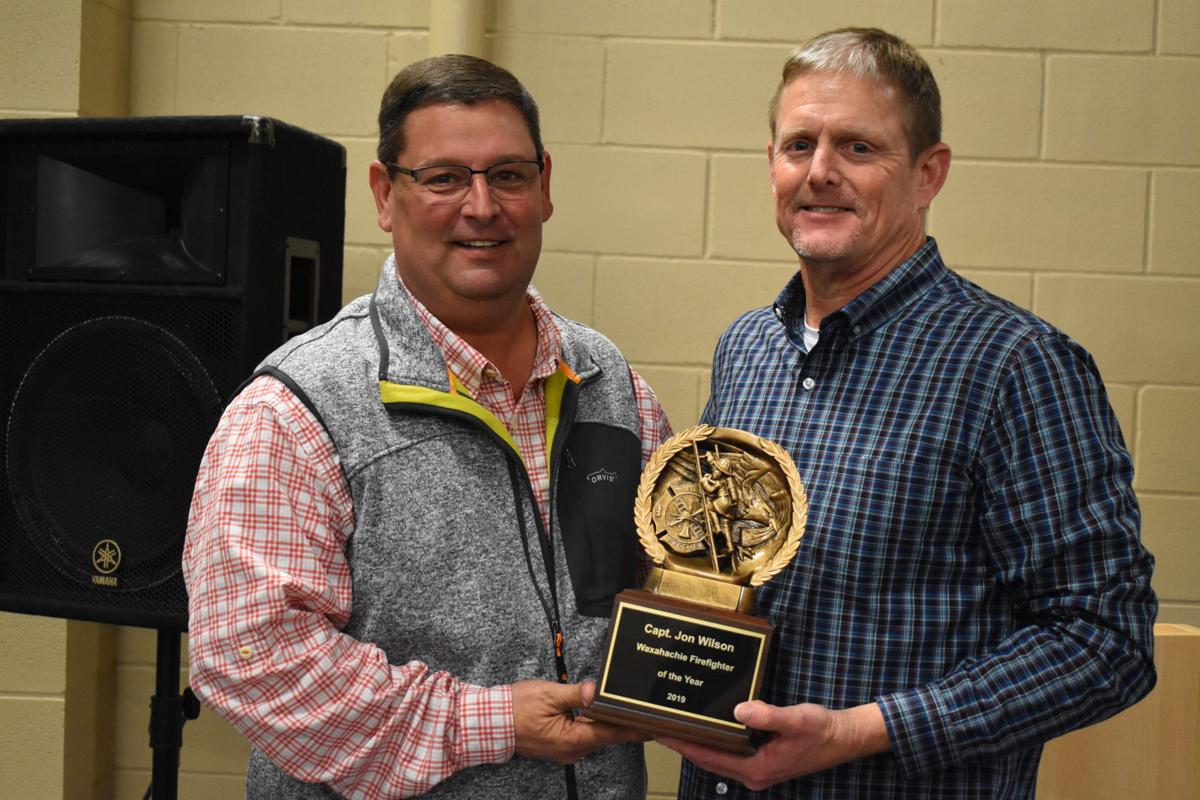 In this December 2019 file photo, Jon Wilson accepts the award naming him the 2019 Waxahachie Firefighter of the Year. Presenting him with the award is Fire Chief Ricky Boyd. Wilson is retiring from the department April 1 after more than 30 years in the fire service.

In this December 2019 file photo, Jon Wilson accepts the award naming him the 2019 Waxahachie Firefighter of the Year. Presenting him with the award is Fire Chief Ricky Boyd. Wilson is retiring from the department April 1 after more than 30 years in the fire service.

For the past 30 years, Jon Wilson has been proud to serve as a firefighter. It’s a job that’s allowed him to serve the community he grew up in and the people he loves.

Wilson, who was diagnosed with colon cancer about three or four years ago, is retiring April 1. The disease went into remission at one point but has since returned.

“They tell me I have two to five years to live,” he said. “I am already a year into that two to five years and I will never get off of chemo. I feel that the chemo is wearing me down and it is taking longer to recover to do any type of physical work.

“I don’t want my guys worried about me when they go into a situation,” he said. “They have enough to worry about. I would love to stay about two or three more years but that is not in the cards and that is not what God’s will is.”

In retirement, Wilson will continue to cut hair at his barbership, Firehouse Barber Shop, located at 322 N. Elm St.

“I will just go from there,” said Wilson, who doesn’t see his diagnosis as negative but as another opportunity to share his story and provide encouragement to others who might be in a similar situation.

“I have said this a thousand times and I will say it again: God didn’t give me cancer but God is going to use cancer to lead people to him and open the doors to other people,” Wilson said. “God is not a God that is going to punish me for something that I have done with cancer. He is not that kind of God. I believe that and know that. So, where one door opens, another door or window will open. You’ve just got to be brave enough to go through it.”

Wilson said he is grateful for everything and all the opportunities the fire service has given him. He shared how his interest in the fire service took root after learning about it from a family member.

“Well, I have done a lot of things,” he said. “I used to shoe horses for a living, worked in a couple of factories in town when I was younger and worked for my dad’s business, C.A. Wilson Company, with my dad and two uncles. I had a brother-in-law that was a Dallas fireman. It was not until I got a little bit older that I thought that this was a pretty good job.

“I started working with Waxahachie Rural (now ESD 6) and I could not get enough of it,” he said. “I guess that it was an adrenalin rush. It is living life right on that edge.”

Wilson worked for three years with the Ennis Fire Department before joining the Waxahachie Fire Department, where he was named Firefighter of the Year for 2019.

“I love the fire department,” he said. “I love the fire service. I love my guys. I love the surrounding cities that we mutual aid with. You’ve either got it or you don’t. For me, it was spot on and exactly what I needed.

“It has been an honor to work for the city,” he said. “I was born and raised here. I wrote in my resignation letter that I have a little bit more pride and ownership in the Waxahachie Fire Department than some of the other people that work here because it was my city.”

Wilson said it would be easy for a person in his position to become depressed by the amount of time left but he sees it the opposite way.

“They told me there is no cure and they can only keep it at bay for so long,” he said. “How long that is, they don’t know because everyone is different. There are only four types of chemo and I am on No. 2. Then, after that, it is it. There is nothing else you can do. Like I said, I have days that I wonder why – and I can see where a man could get so depressed – but then I think that I have so much to live for.

“You’ve got a choice,” he said. “You can either lay down and die or you can fight. That’s it. I ain’t never laid down for nobody. I didn’t say it was going to take me (and) it is going to have to fight for it. I have been a fighter all my life. There may be a time when I get tired and fold it up but, right now, I have got too much to live for.”

Going to barber school while serving as a firefighter presented its unique challenges for Wilson, whose shop has been in business for about the past seven years.

“You have to got to go to barber school for about 1,500 hours,” he said. “Being a fireman, I could not go every day. So, it took me a year and a half to finish going to school on my days off.

“I thought, man, this is a pretty good gig,” he said. “When it is raining, I can cut hair or, when it is 100 degrees outside, I can cut hair. It doesn’t matter. I have done a lot of things in my life and everything was either related to the weather or the economy. I realized that I can cut hair anytime. I went to school and then I opened up my barbershop and took a chance.”

Wilson considers himself to be a blessed person – and he puts his faith in Christ.

“We all have pity parties for ourselves,” he said. “I know that I do. Then I think, I ain’t got time for that. I have been blessed too many times to have a pity party.

“I think that I have been given an opportunity with what little time I have left,” Wilson said. “With whatever time I have left, I need to tell people my story. Let the chips fall where they may. Nobody on the face of this earth deserves to live another minute as sinners as we are. We don’t deserve another day of life but we are blessed to have another day.

Published 1 time in the Waxahachie Sun