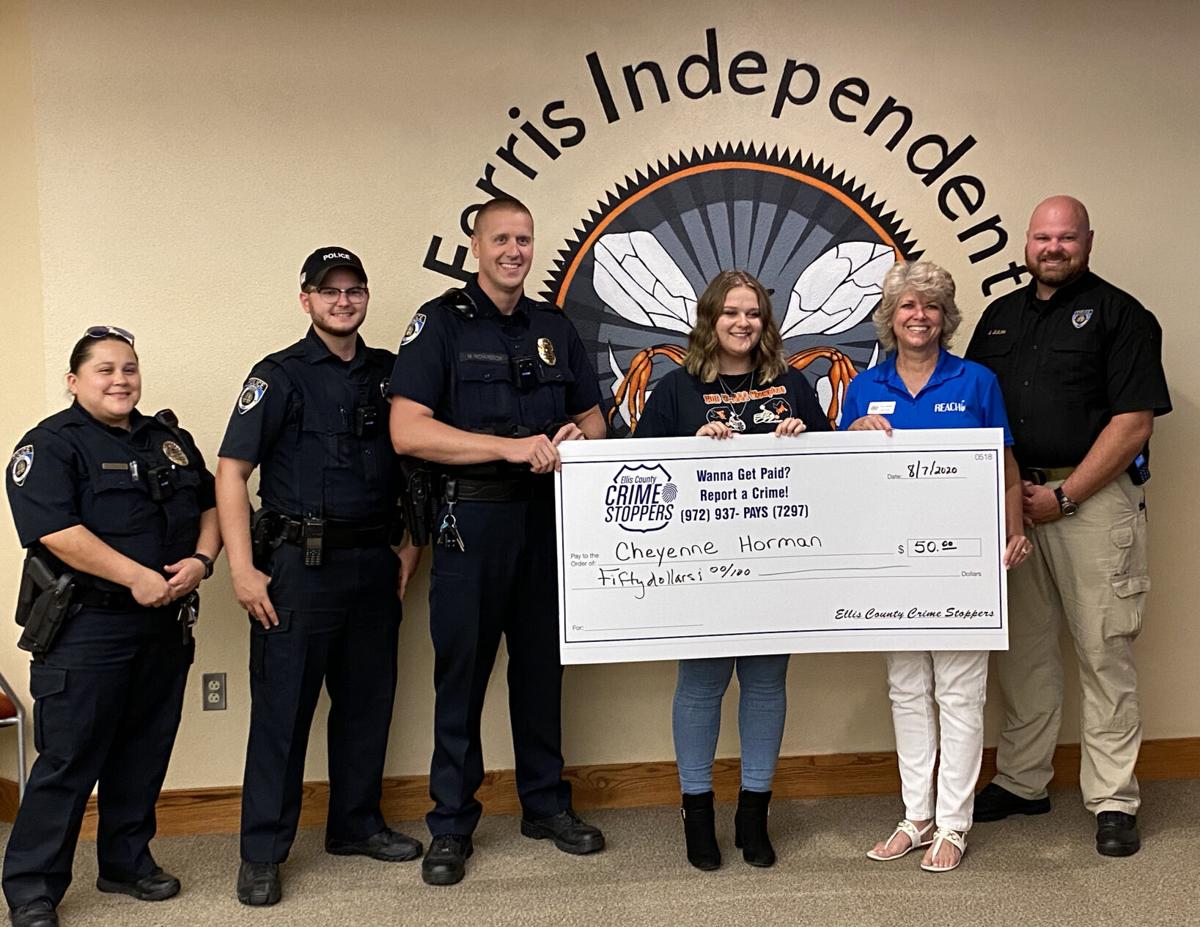 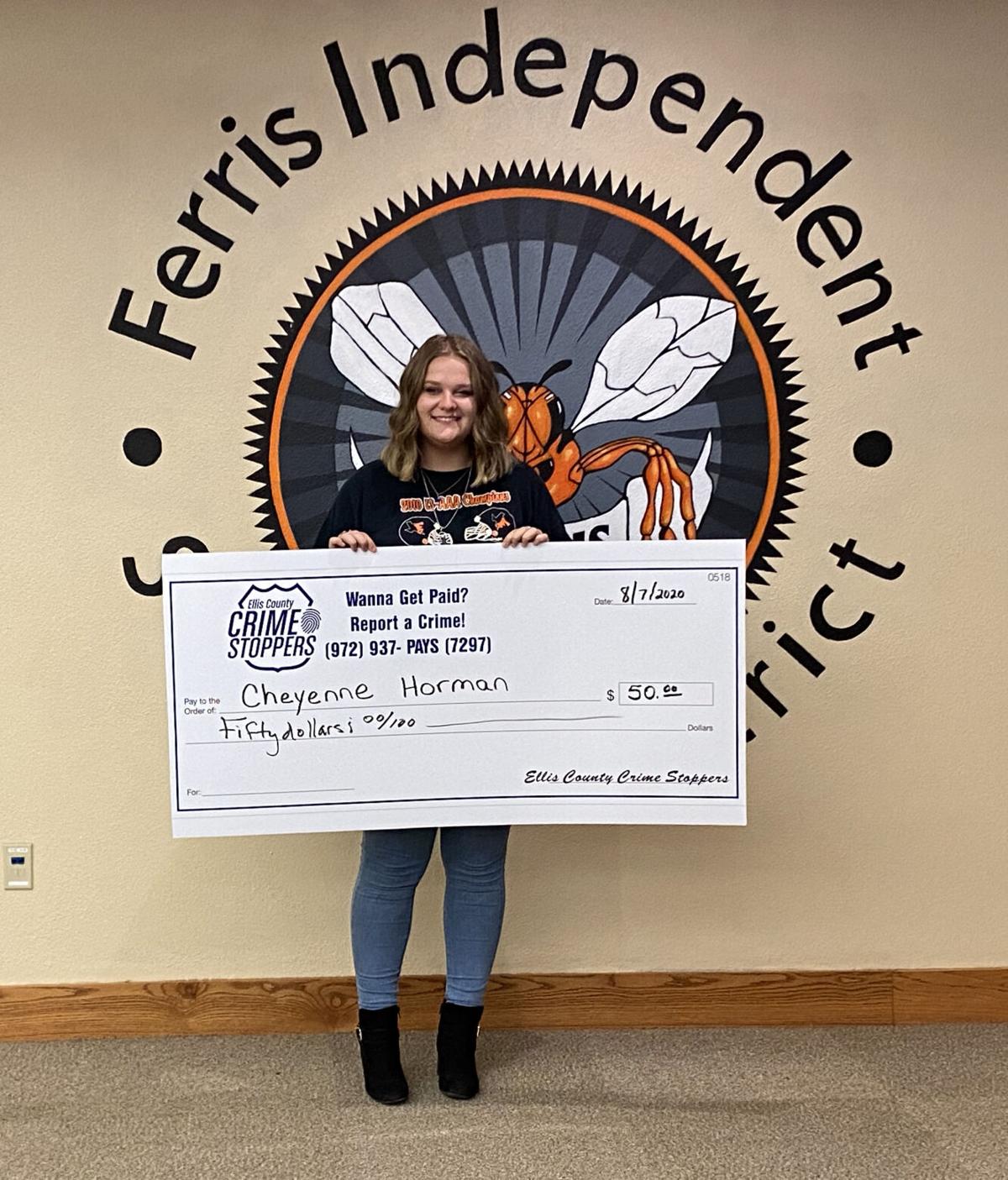 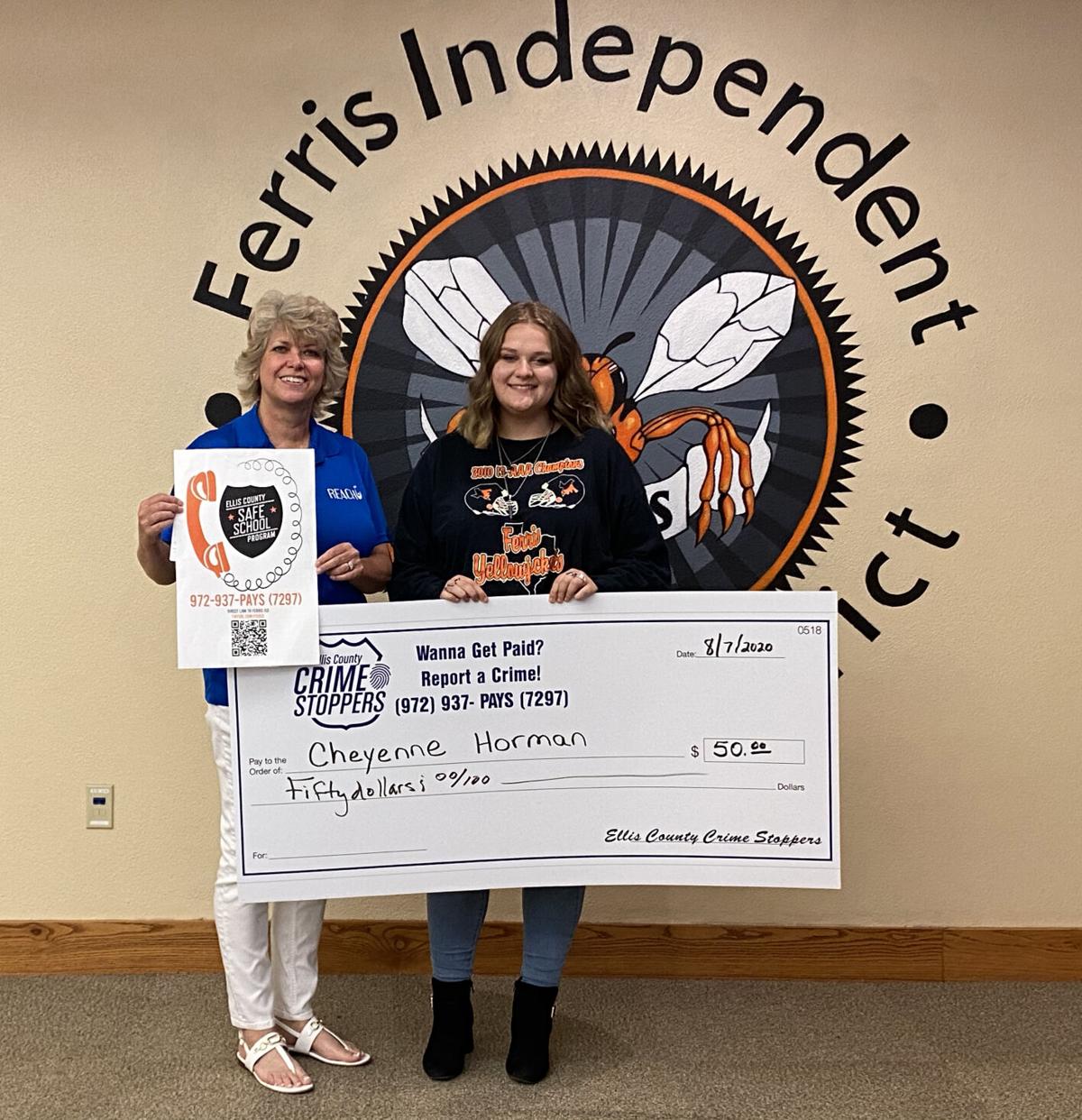 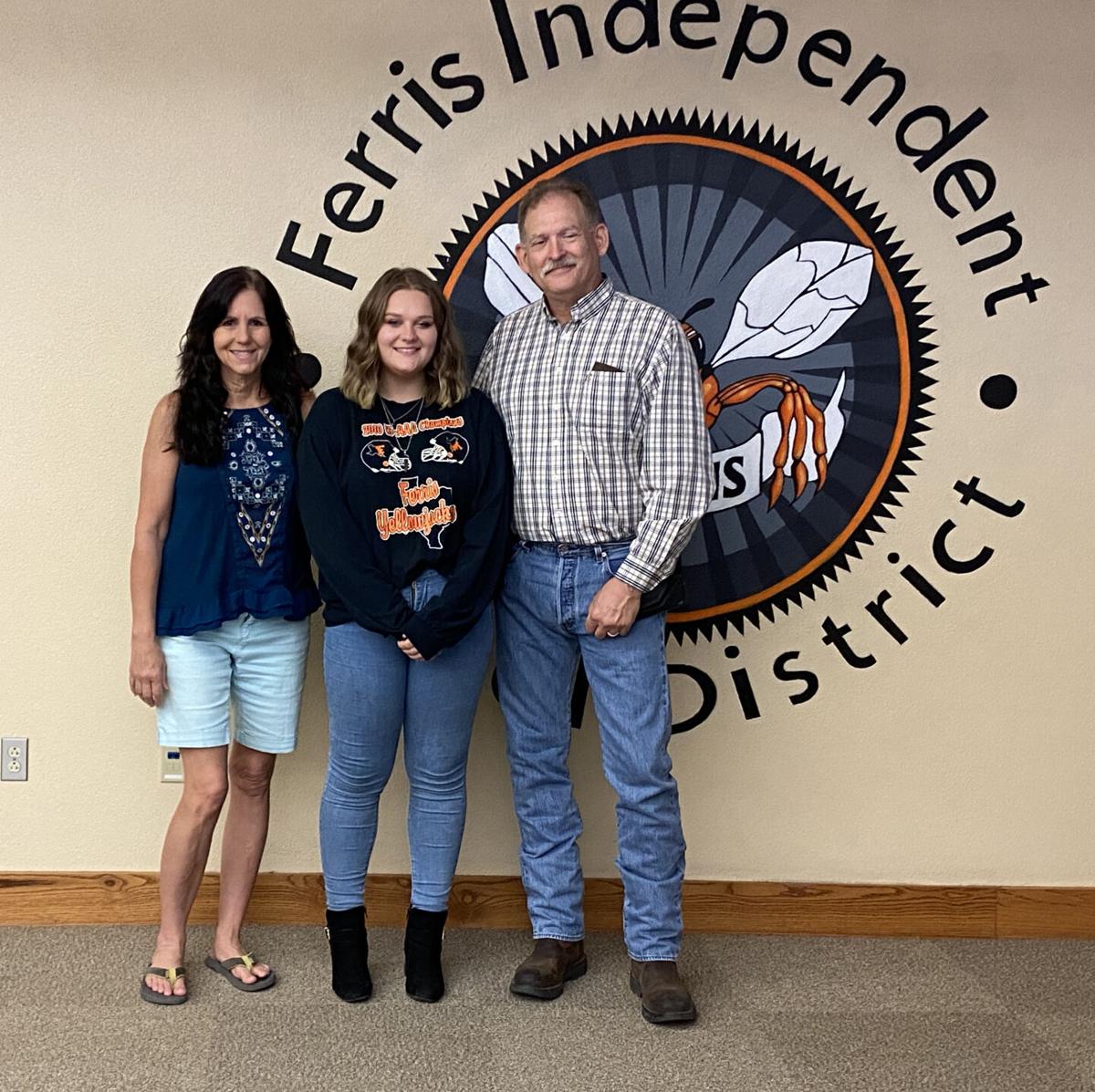 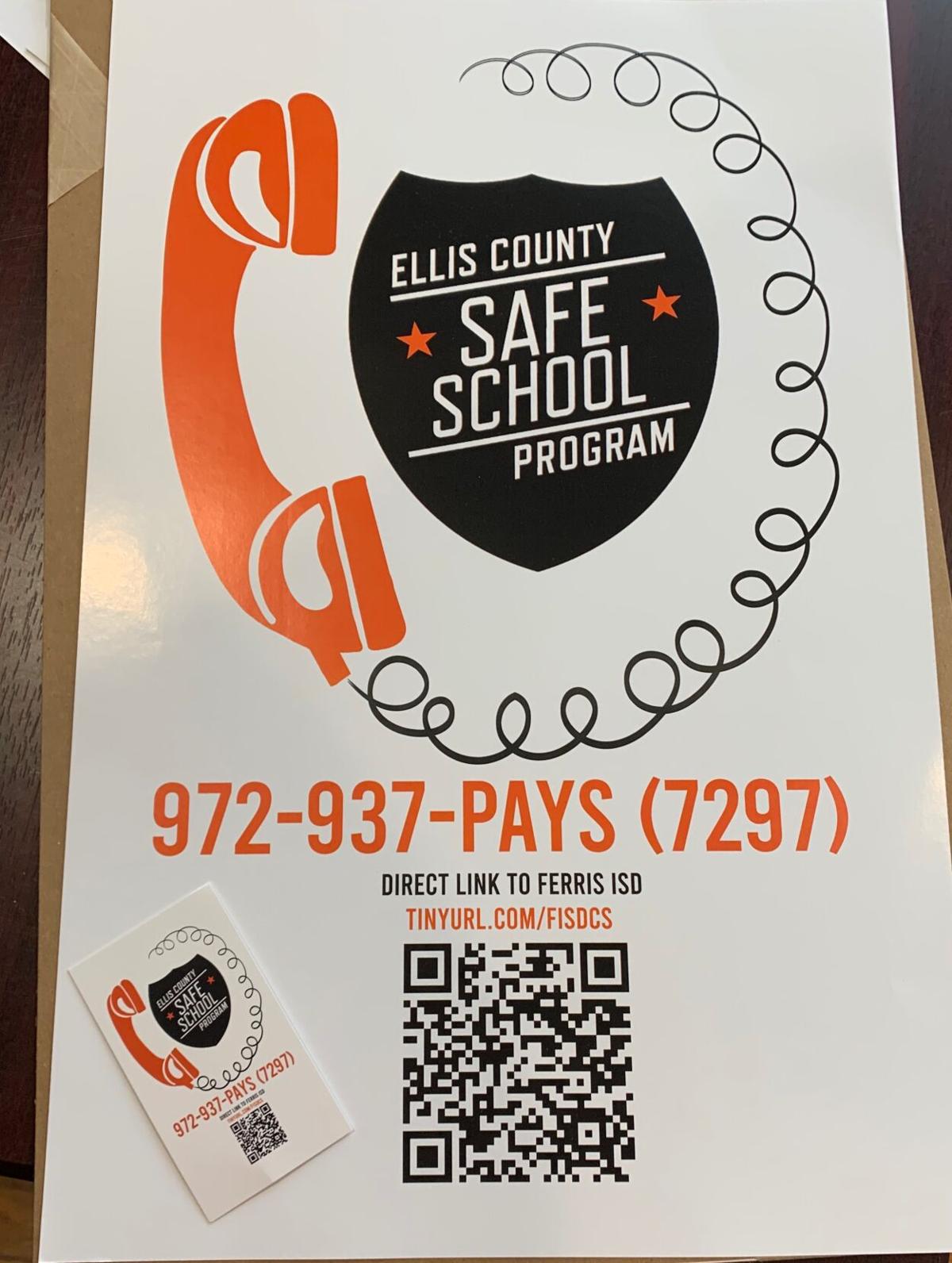 Horman’s design will be used with the Ellis County Safe School Program, part of a statewide program that provides schools with a way for students to anonymously report incidents that may cause harm to students or the school. The program is provided free of charge to participating schools, with students eligible for a reward after a tip checks out.

Horman, a 2020 graduate, is the daughter of Gay and James Horman. She will attend Texas A&M Corpus Christi where she said she will major in business management with a minor in art.

“After graduation from college, I hope to run a corporation that has graphic design elements,” she said, adding that she’s been drawing since elementary school and began taking graphics design classes her sophomore year.

While in high school, Horman played drums in the band’s percussion unit and served as class secretary her freshman and sophomore years. She was a member of the National Honor Society during her junior and senior years and served as vice president. A UIL academic honoree, she won spelling contests and was also on the debate team, where she served as team co-captain her junior and senior years.

“I have won medals for debate,” Horman said. “We had a Student Congress in one where we were like the House of Representatives and we wrote legislation and, if put on the docket, we went through the process.”

“She is our youngest child leaving home,” her mother shared with the Sun. “It is bittersweet for us. We will be getting a travel trailer for frequent trips to Corpus Christi.

“She has been accepted in the band and business school,” she said. “Cheyenne has always been self-motivated and likes to change things. She would make up homework if she didn’t actually have any and she wants to get her master’s degree.”

Richardson was instrumental in getting the Safe School Program in place when he worked for the Red Oak ISD Police Department. Avalon, Italy, Maypearl, Ennis and Ferris are now among the schools participating in the program.

“We are hoping to get the Waxahachie and Midlothian districts on board soon,” Phillips said.

Anonymity is protected, with payouts made for tips ranging from bullying, drug use, threats to individuals or schools, violence and alcohol use. The amount of payment depends on the tip.

Richardson said the Safe School Program rolled out last year and went into effect in January. At larger schools there is typically a primary ISD officer who handles it. In smaller schools, it is handled by school administration. Local police agencies are involved when situations arise.

“We have to build confidence, rapport and trust with the students in order for the program to be effective,” Richardson said.

“Our goal is for kids to be safe at school,” Phillips said. “We encourage them, if they see something, to say something.”