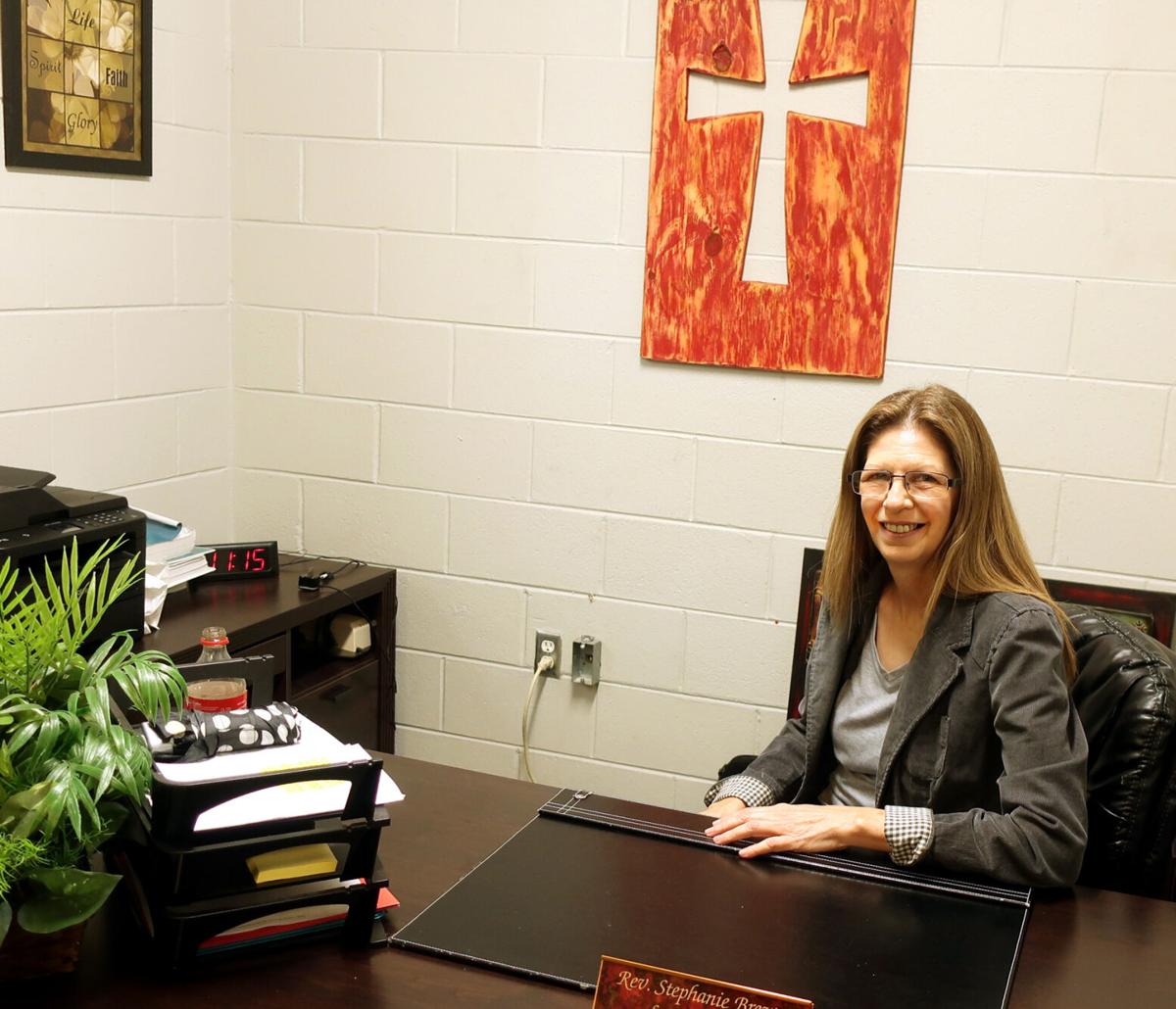 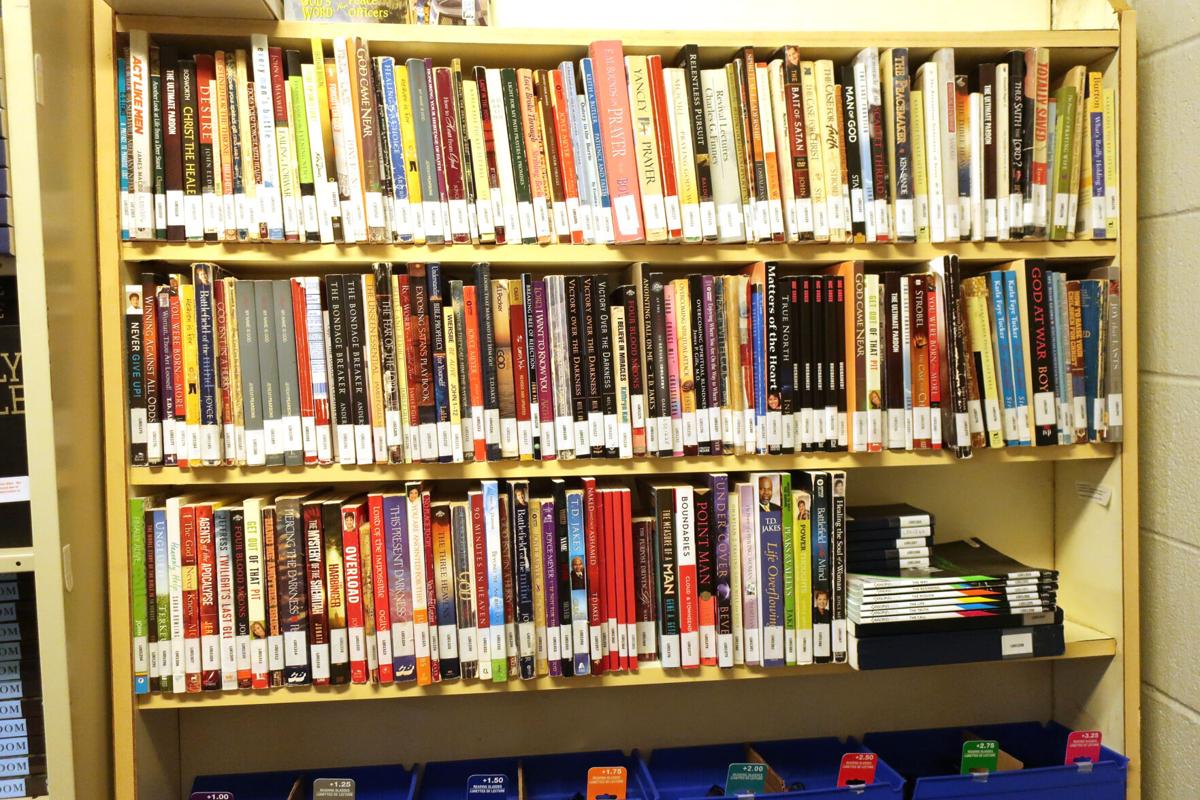 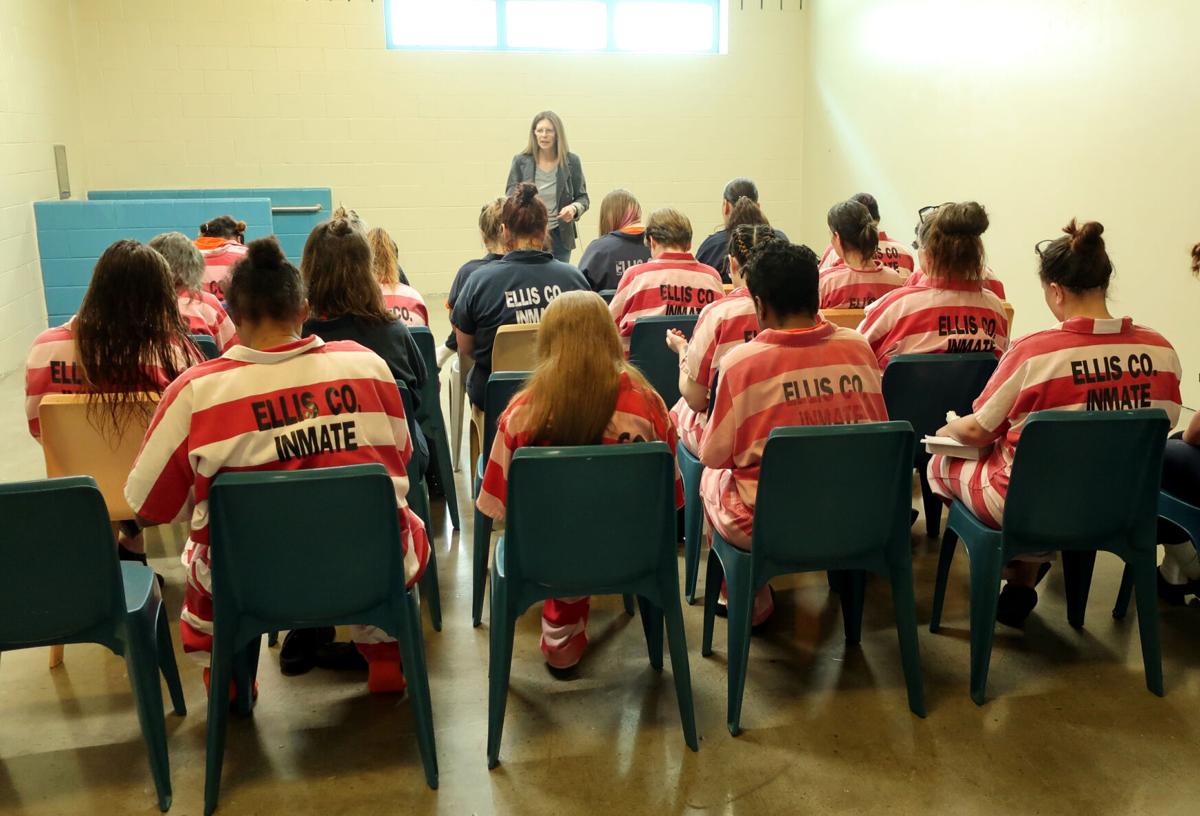 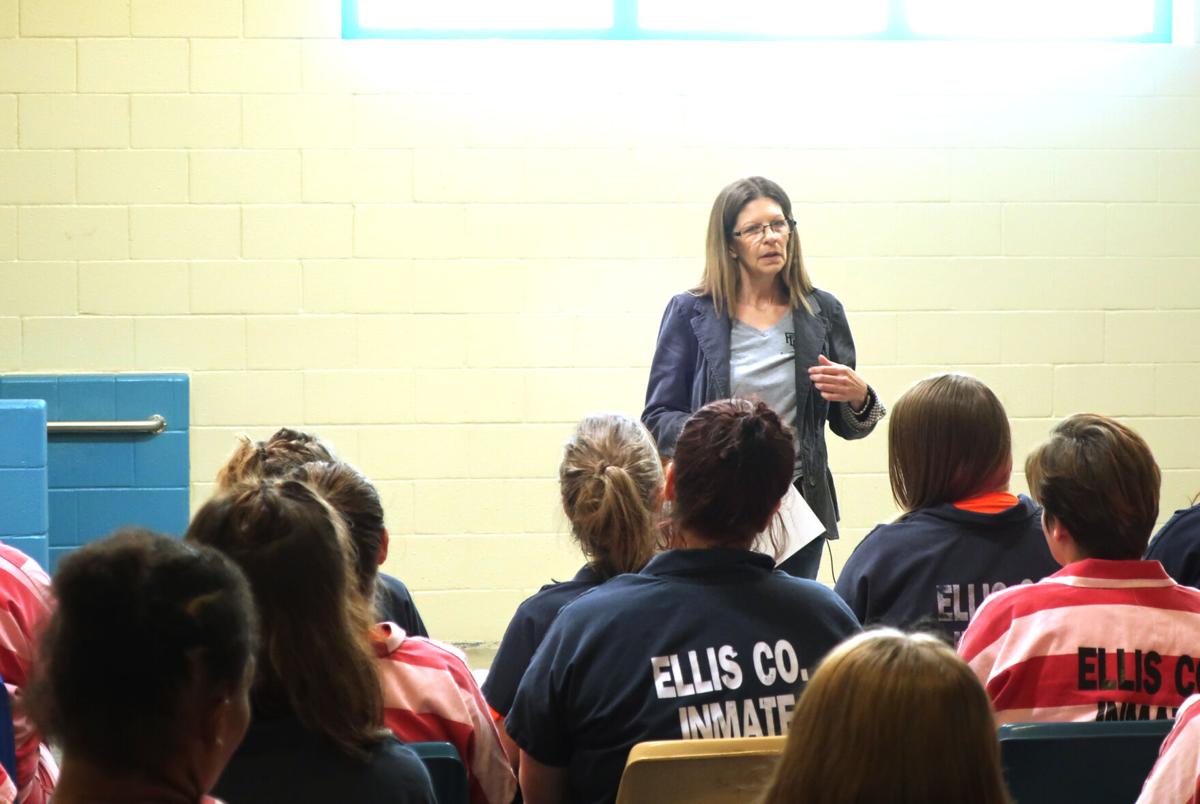 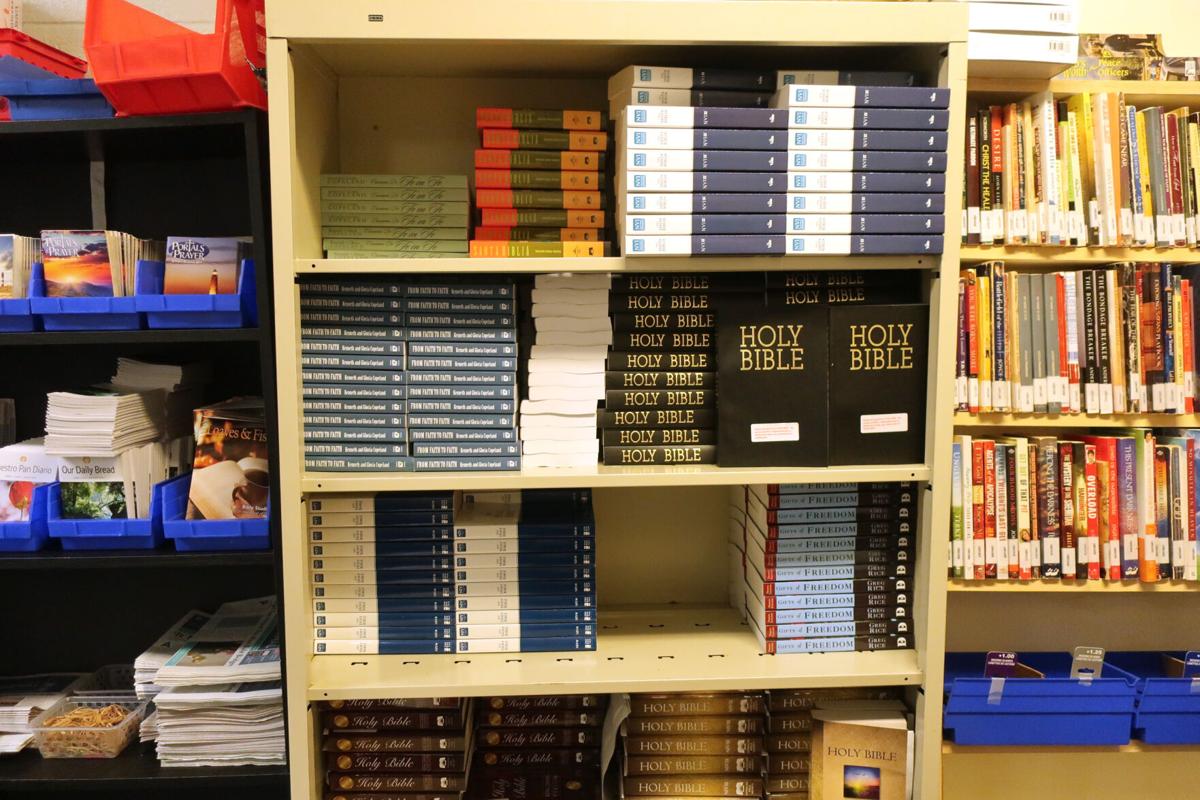 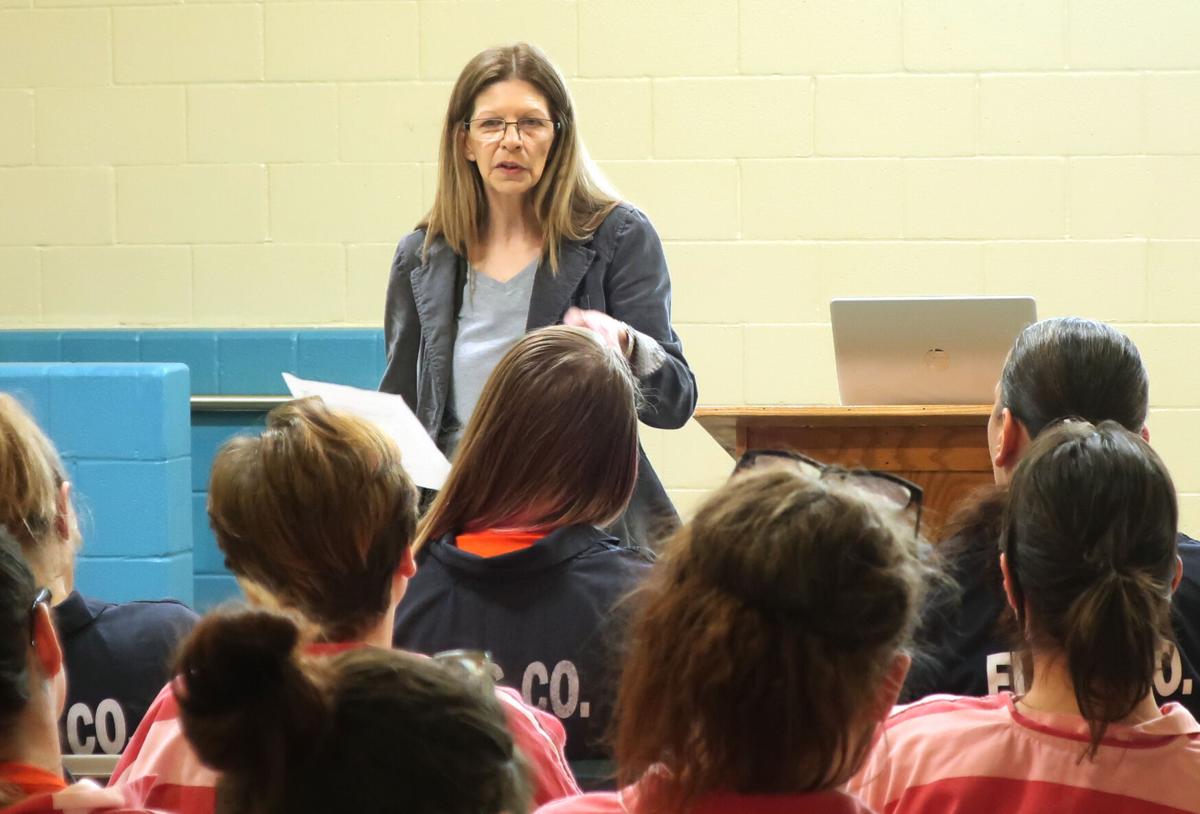 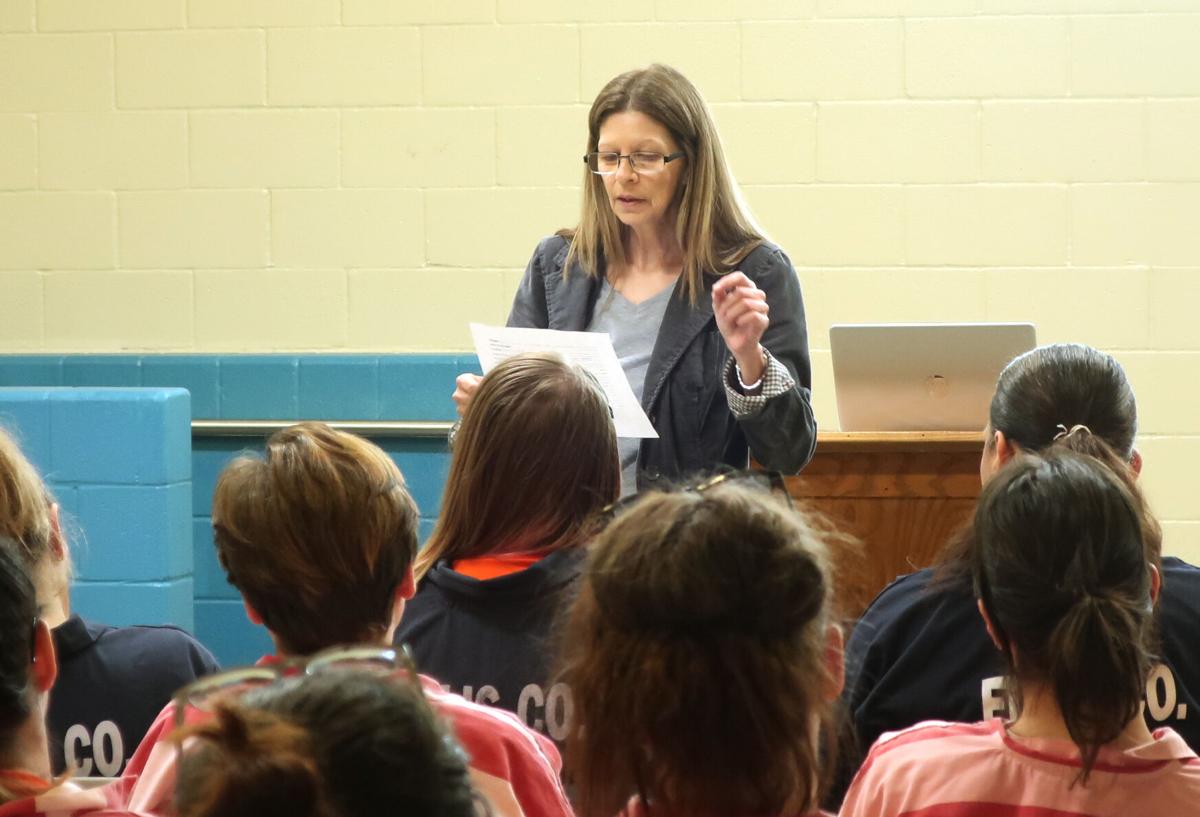 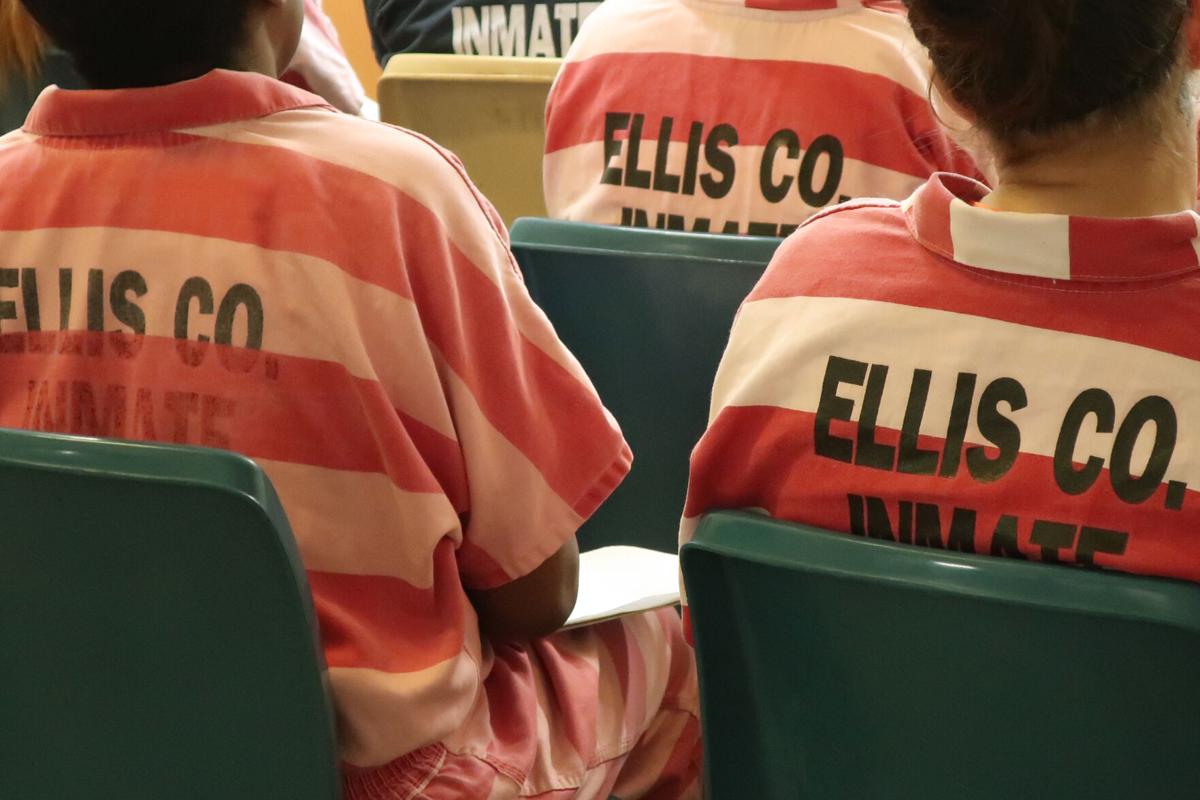 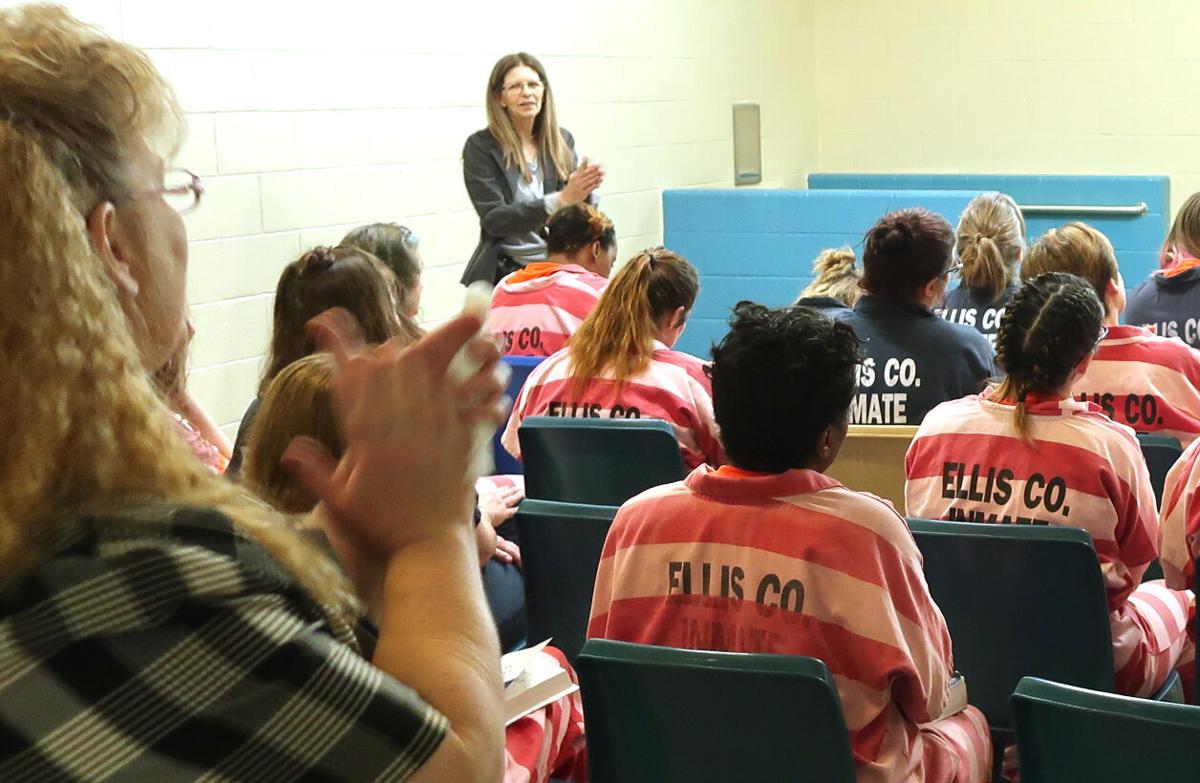 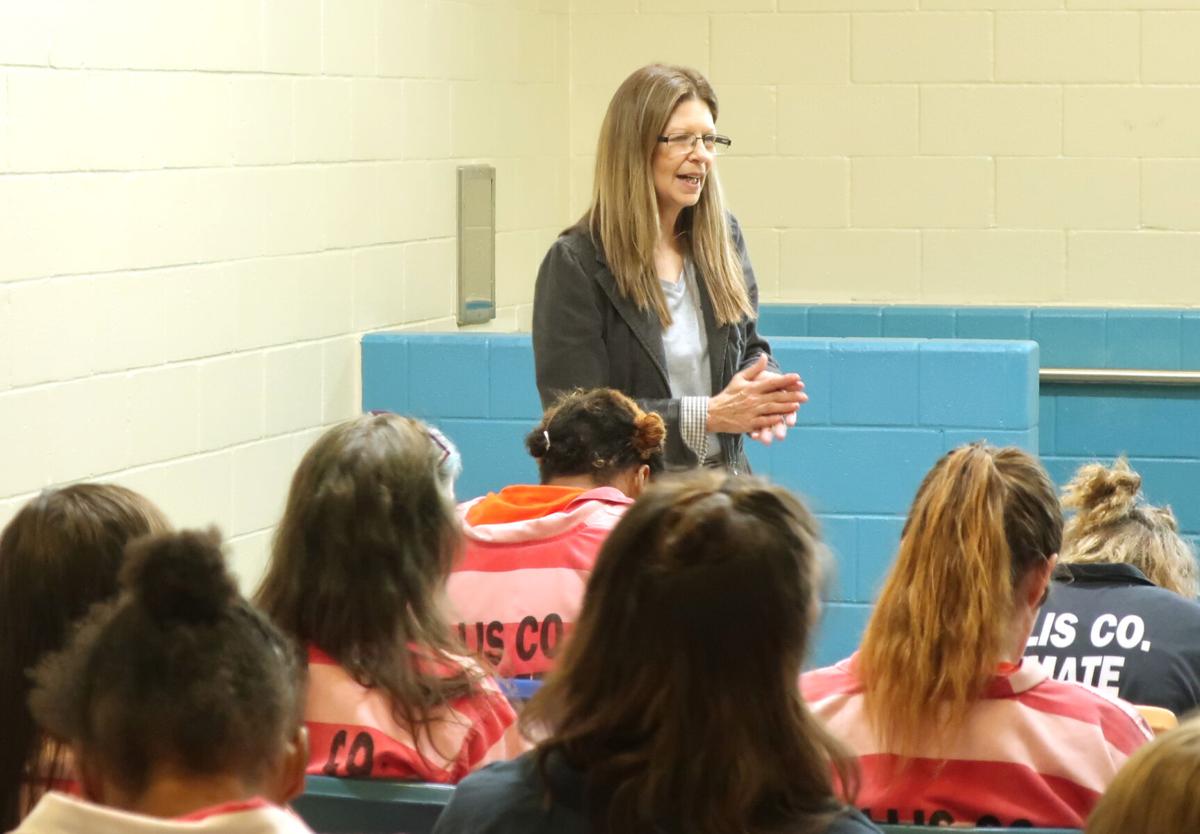 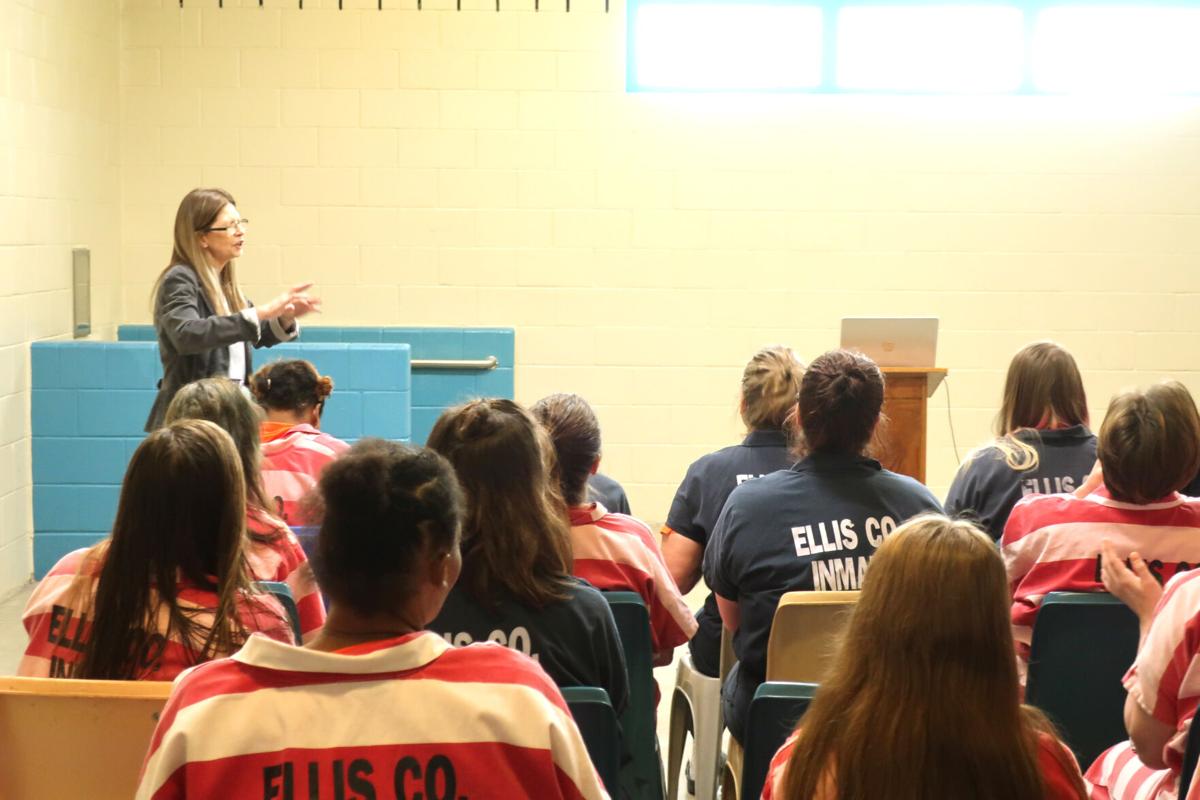 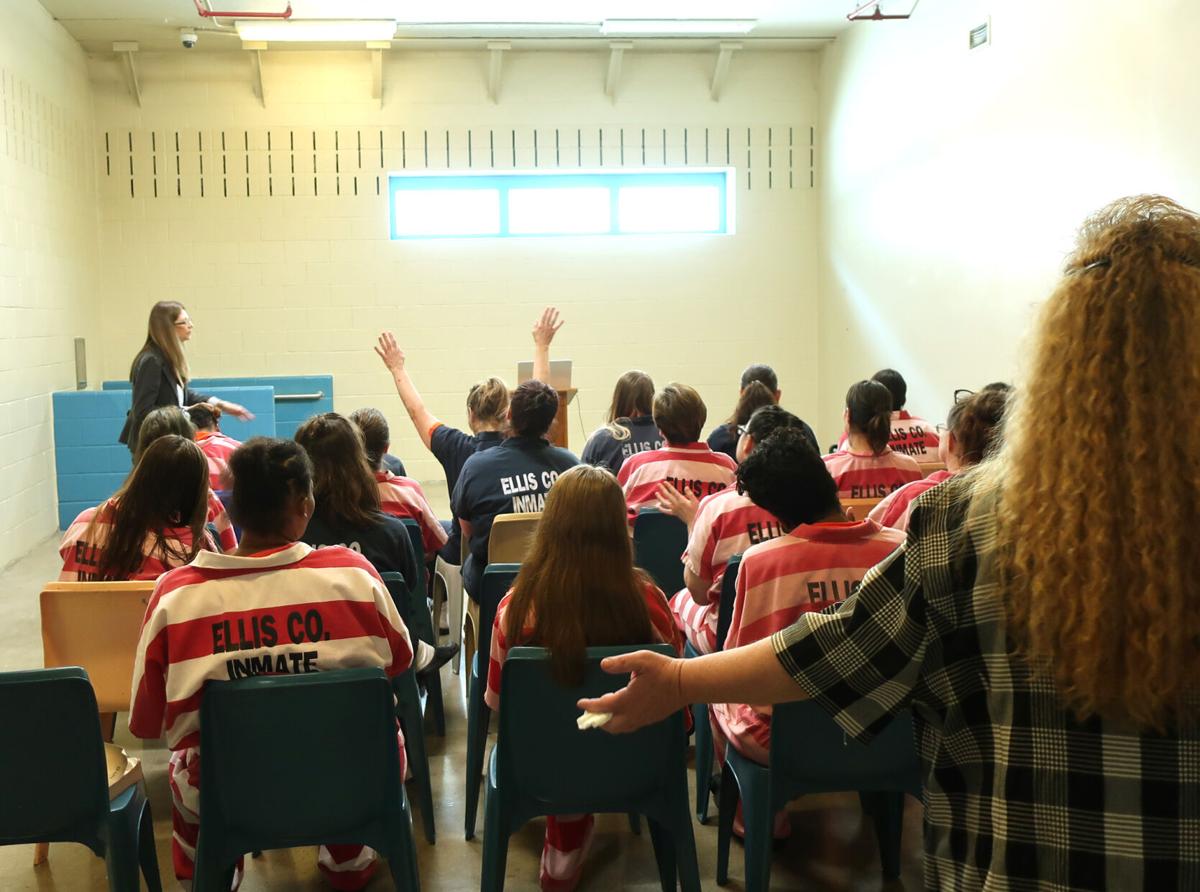 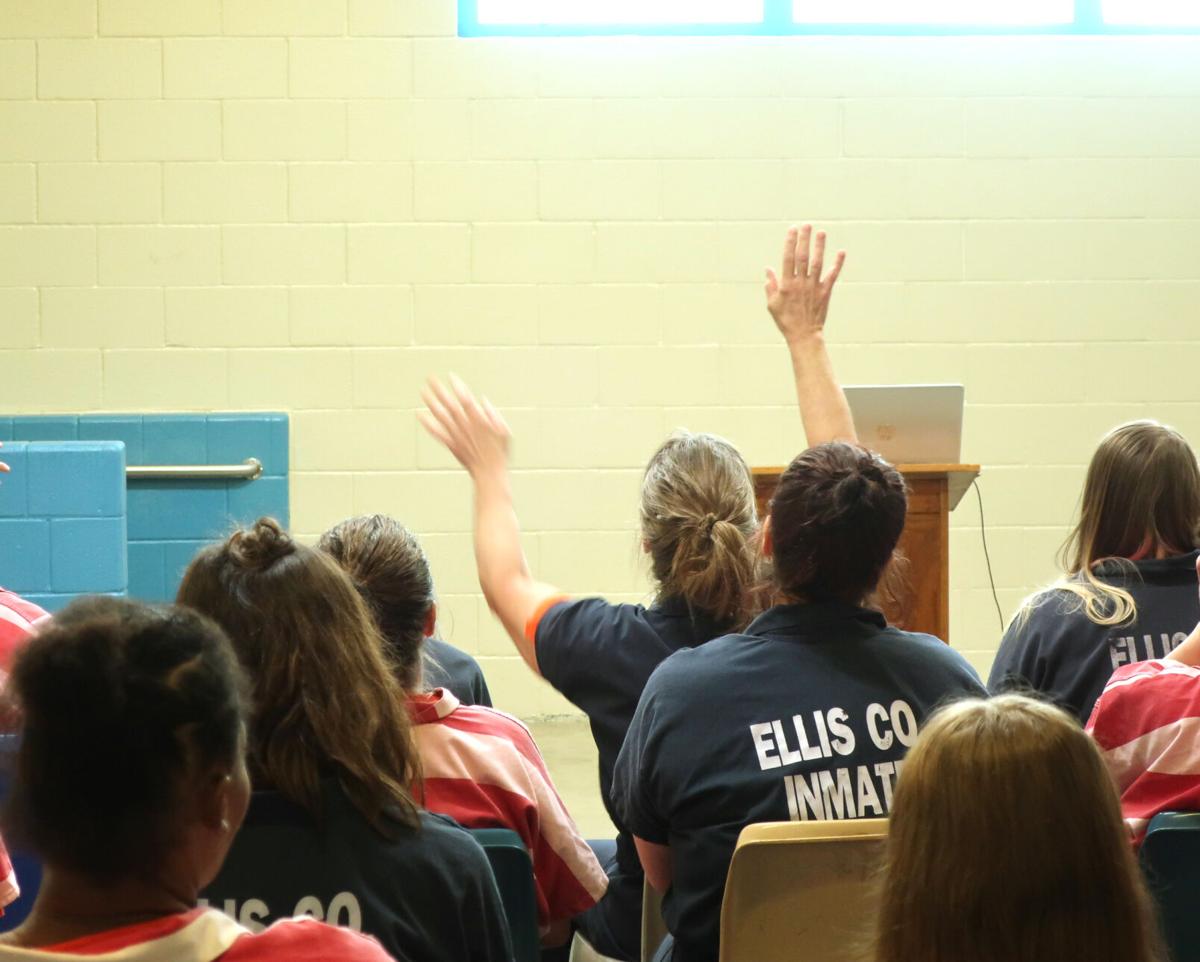 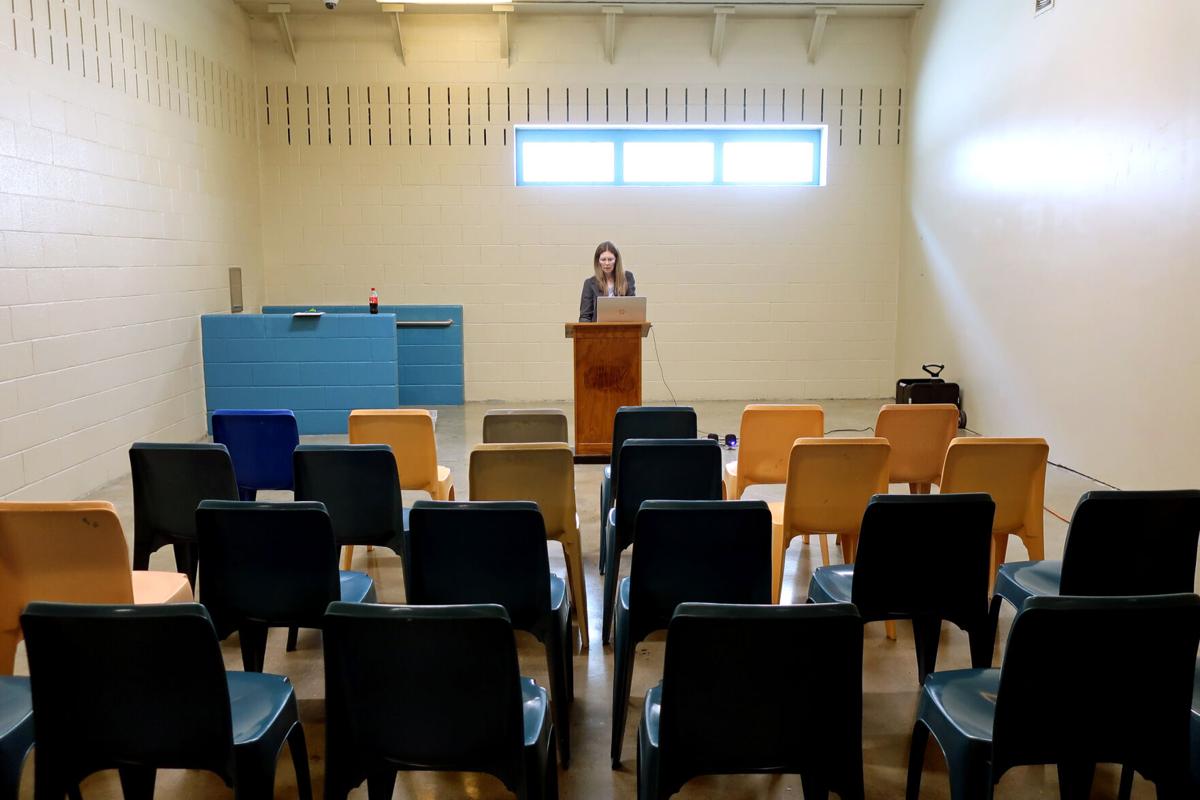 In a time of hyperpolarization, it’s easy to see things as good or bad with no in-between, and with no chance for change. Chaplain Stephanie Brewer is not one of those people, however, and it’s a good thing. She is the president and founder of Freedom Declared Ministries Inc., which is based in Ellis County.

“I have so much love for the sheriff’s offices and detention centers I work in,” she said of her ministry. “My calling included a fierce love for them that I cannot control. It’s overwhelming.”

“I realize many may not have a palate for what I do, given the nature of whom I work with,” said Chaplain Stephanie, who is able to see past the mistakes of those she ministers to in her vital work. She said she uses the Lord to help restore them back onto the paths they are truly capable and worthy of.

She believes that even good people can do bad things – and that no one is irredeemable if they are willing to put in the work to change the things that put them in their situation in the first place.

“Early on, I served a short time with a downtown Dallas ministry, feeding and clothing the homeless and addicted, and then in an after care as well for ex-offenders as counsel, minister, and adviser,” Chaplain Stephanie said. “All of this contributed to preparing me for entering secure facilities and working with offenders in detention.

“This is not a job, it’s a calling, and although it isn’t work it’s definitely hard work,” she said. “I’ve always been drawn to the misfits and outsiders, the broken and abandoned. Coming from a childhood and youthful history of poverty, drug use, abandonment, isolation, and general life struggles has given me an understanding of those I’m called to.”

Prior to going into ministry, she was in a much different line of work.

“I have experience in retail, corporate surroundings and corporate leadership, administration and management,” she said. “I’ve made others a lot of money and believe I was an asset and benefit to their organizations. I took pride in my work no matter what it was, yet I was never completely satisfied. I was always searching for my precise purpose.”

Chaplain Stephanie first began in jail/prison ministry as a visiting minister inside the Dallas County jail who also made visits in prison facilities. However, serving in a county detention facility was ultimately where she found she belonged and realized it was the precise calling and assignment for which she was looking.

“I believe everyone deserves the attention and compassion needed to help them heal and improve their circumstances,” she said. “I happen to be called to the audience of the incarcerated but have been able to help others as well. I believe I was called to the more critical fast-paced environment and knew when I experienced the county detention environment it was where I was supposed to be.”

She acknowledges the challenges involved with her ministry.

“I know where I’m at, and with whom I’m called,” she said. “I’m not a bleeding heart. Some do not want change; some can’t figure out change; some are not interested in anything God-related. Some are mentally ill; some are mentally challenged; and some are institutionalized. I will not reach everyone. Reaching one is what is important. One at a time.”

“FDM Inc. is a nonprofit dedicated to the ministry to the incarcerated inside a county detention facility,” she said. “We establish a professional environment and an effective approach to reaching those inside these facilities. FDM provides the covering and accountability to everything I do inside and outside with the incarcerated or ex-offenders.

“We provide the support, discipline and trustworthiness that is needed by the sheriff’s office, jail administration and detention officers to help them do their jobs,” she said. “We comfort, counsel, advise and provide the legal requirement by state jail standards to have a chaplaincy presence inside their facilities. This brings peace of mind and order to everyone involved, from the sheriff all the way to the offenders, and provides financial accountability.”

FDM’s mission is “to minister reconciliation, disciple for restoration and mentor for leadership and to provide a professional and unified team of fully equipped clergy for effective ministry inside a county facility.”

At this time, everyone, including Chaplain Stephanie, working through FDM is a volunteer who donates their time and resources because they have felt the calling to service. Chaplain Stephanie has plans to grow the ministry.

“We desire to expand and build a facility on the outside that provides resources needed to equip any ex-offender with the tools needed to get a fresh start,” she said. “I have a vision for a facility that lends to rehabilitation, discipleship, and counsel. Also, one that is well connected to credible resources that can and will educate, challenge, and prepare them for life on the outside.”

She is also looking at setting up a local resale facility that would “provide an environment of love and respect and quality service with items for the public, which in turn can support the aid for ex-offenders.”

She also hopes to develop FDM financially so as to provide a supportive living wage for herself and an administrative assistant.

“This will take the organization further and provide the peace of mind and resources needed to expand our vision,” she said. “Everyone knows nothing is free: Ministry costs. It costs money, time, labor and ultimately a life of sacrifice. It also requires an army. It takes committed individuals. We need that army and the ongoing financial support.”

Currently, FDM is funded exclusively through the generous donations of donors.

“I would love to do some kind of fundraiser for our cause,” she said. “I just want to do something that is legitimate and professional as well. I am a minister, not a marketing person, so I really haven’t been sure where to start in order to do something like that.

“I’ve relied on the generosity of past and current donors, but we all know that cannot continue to work by itself,” she said. “We need not only the financial support but also the talent, interest and help of those that are skilled in this area and are willing to commit to the work and believe in what we do.”

Anyone who is interested in joining FDM in its ministerial work is encouraged to reach out under the “Contact Us” tab of its website, http://freedomdeclaredministries.org, or leave a voice message at 972-825-4939.