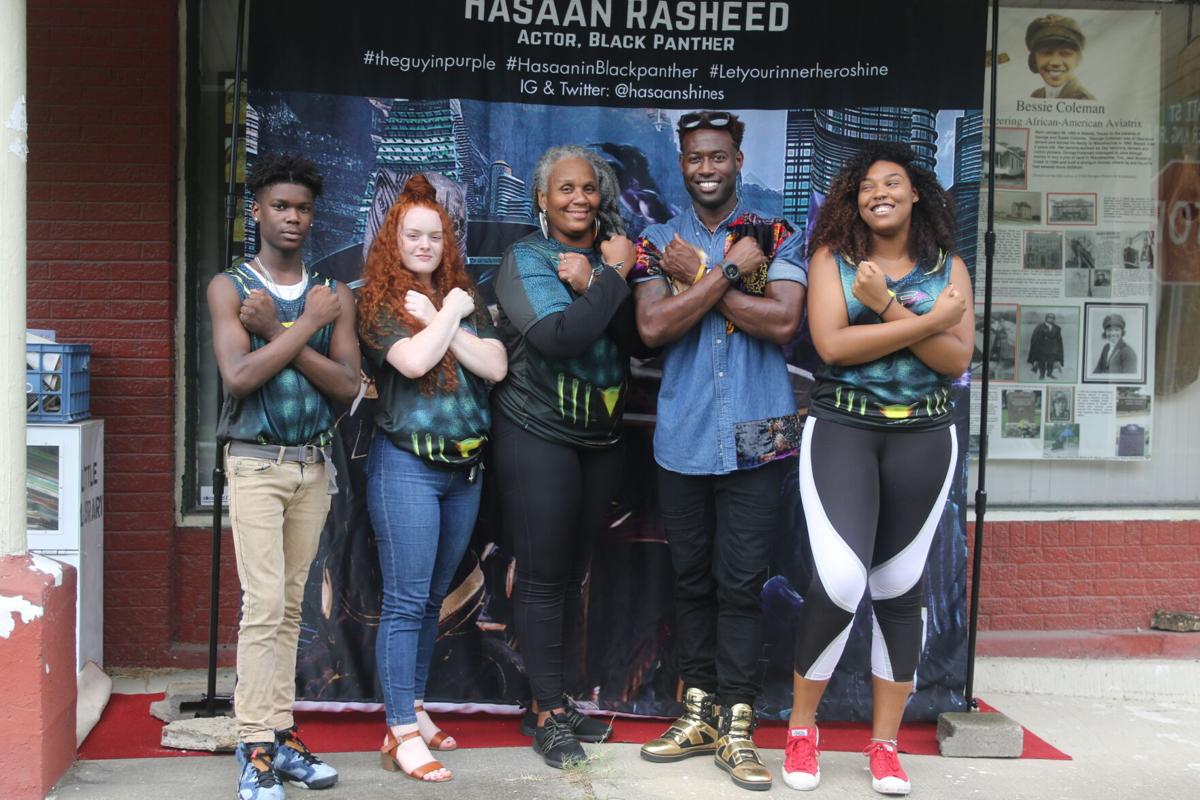 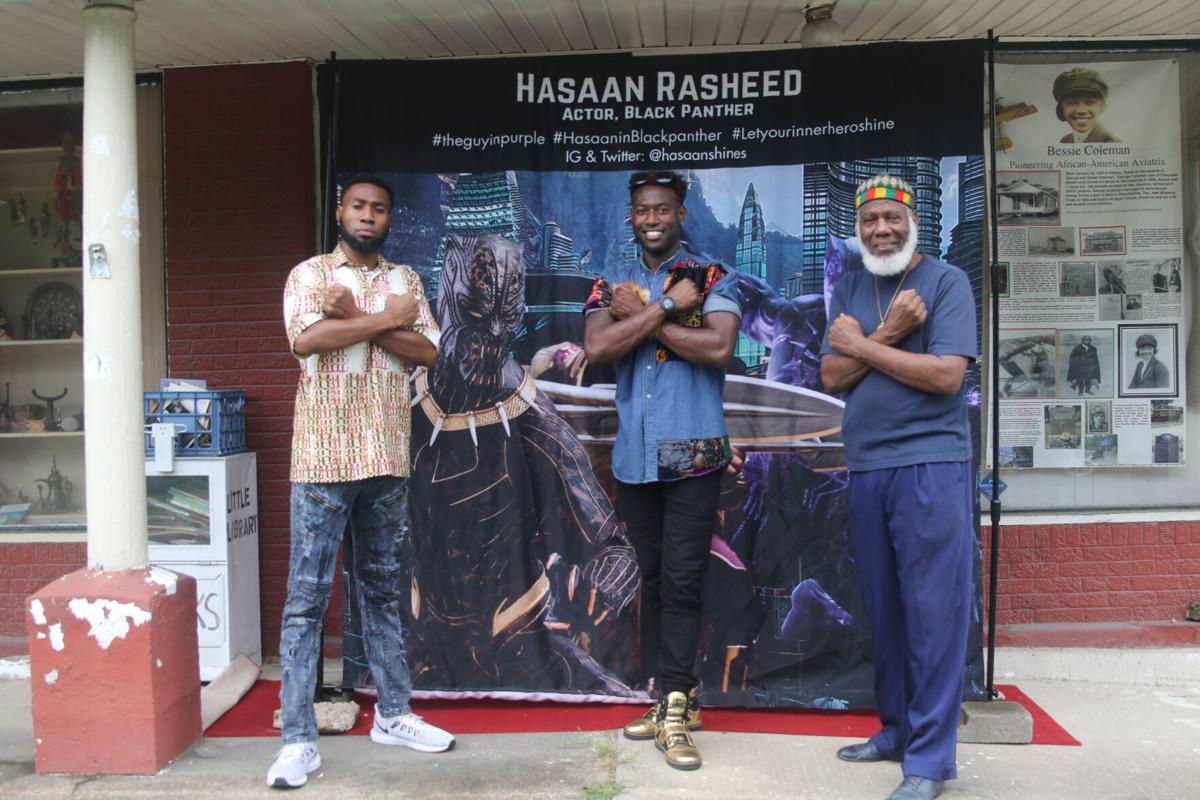 Waxahachie was the kickoff city for his world tour, with the Ellis County African American Hall of Fame the site for that first stop.

“After the death of Mr. Chadwick Boseman, it actually was a wakeup call to get me back to the things that I love doing,” Rasheed said. “I love to inspire people and motivate people to want to keep on going. Waxahachie is a place where my father has a museum where we are at now. It is a place where people can come to learn history and absorb things of the past. What better place to start our tour than a place that already has history – and bring it some more history.”

Rasheed shared how he’d always had a love for comic books, with those serving as an inspiration for his life’s journey. He also spoke of how he came to be involved as an actor with the Black Panther film.

“This was my first go around, diving into something brand new after seven years in the education field as a college professor while working to complete my doctorate degree,” he said. “Movie making was never on the map; it was something that I never aspired to do, acting, being an actor. (However), it was something different I wanted to dive into to take me well out of the realm of what I’d been doing.”

Rasheed shared how the adventure attached to him during his time on set as one of the king’s guardsmen and while working with the different actors and learning about the movie industry.

“This was my first time, my first real experience diving into something outside of the fitness field,” he said, noting that his fitness “allowed me to be this warrior in this powerful superhero movie.”

Playing a superhero also played into his natural character, he said.

“I’ve always loved superheroes,” he said. “Even my fitness program is based on superheroes. Superheroes have always allowed me to inspire others to let their inner hero shine and go distances they never thought they were capable of.”

Part of Rasheed’s message is to share with people how there is no perfect track to success.

“I had no background in acting,” he said. “I made up my mind that I wanted to do something different and I was going to give it my all and learn from those around me. That was something that I was able to be absorbed in for those six or seven months.

“I didn’t know I was going to be featured in the first trailer,” he said. “I did know I would have four or five scenes in the movie. Everything has blossomed from there.”