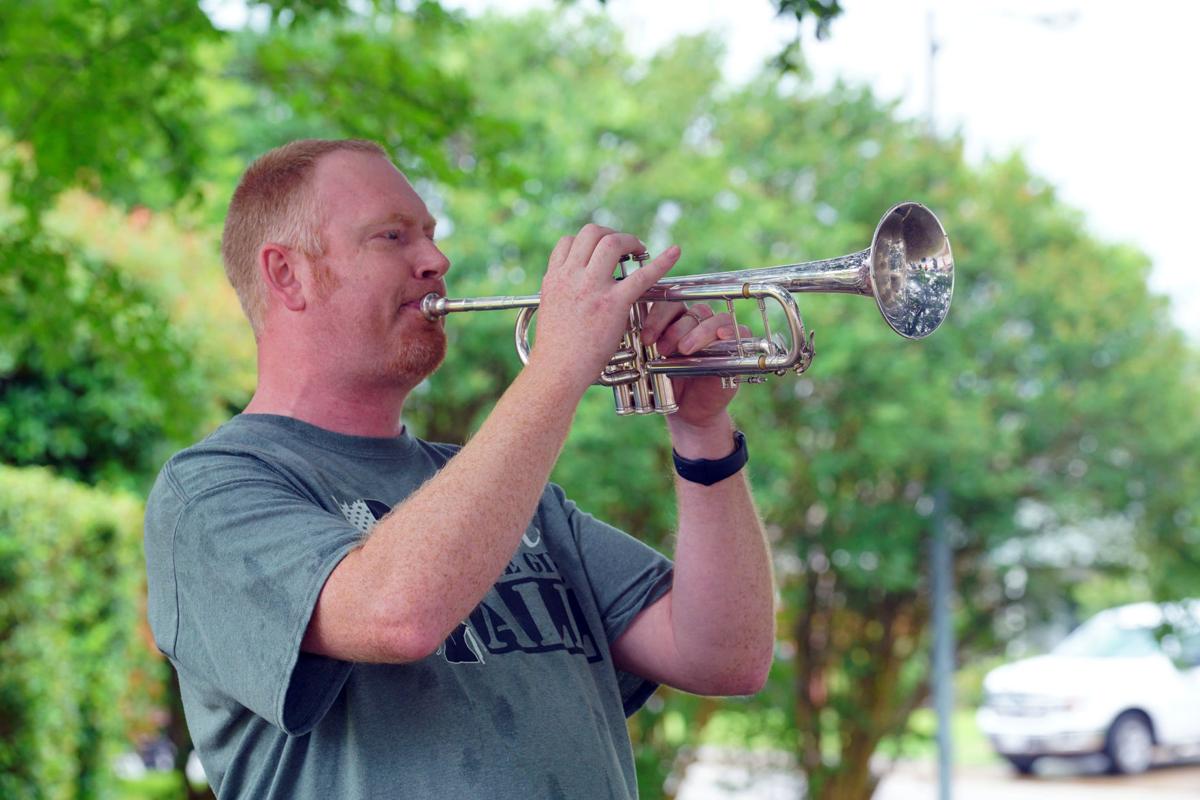 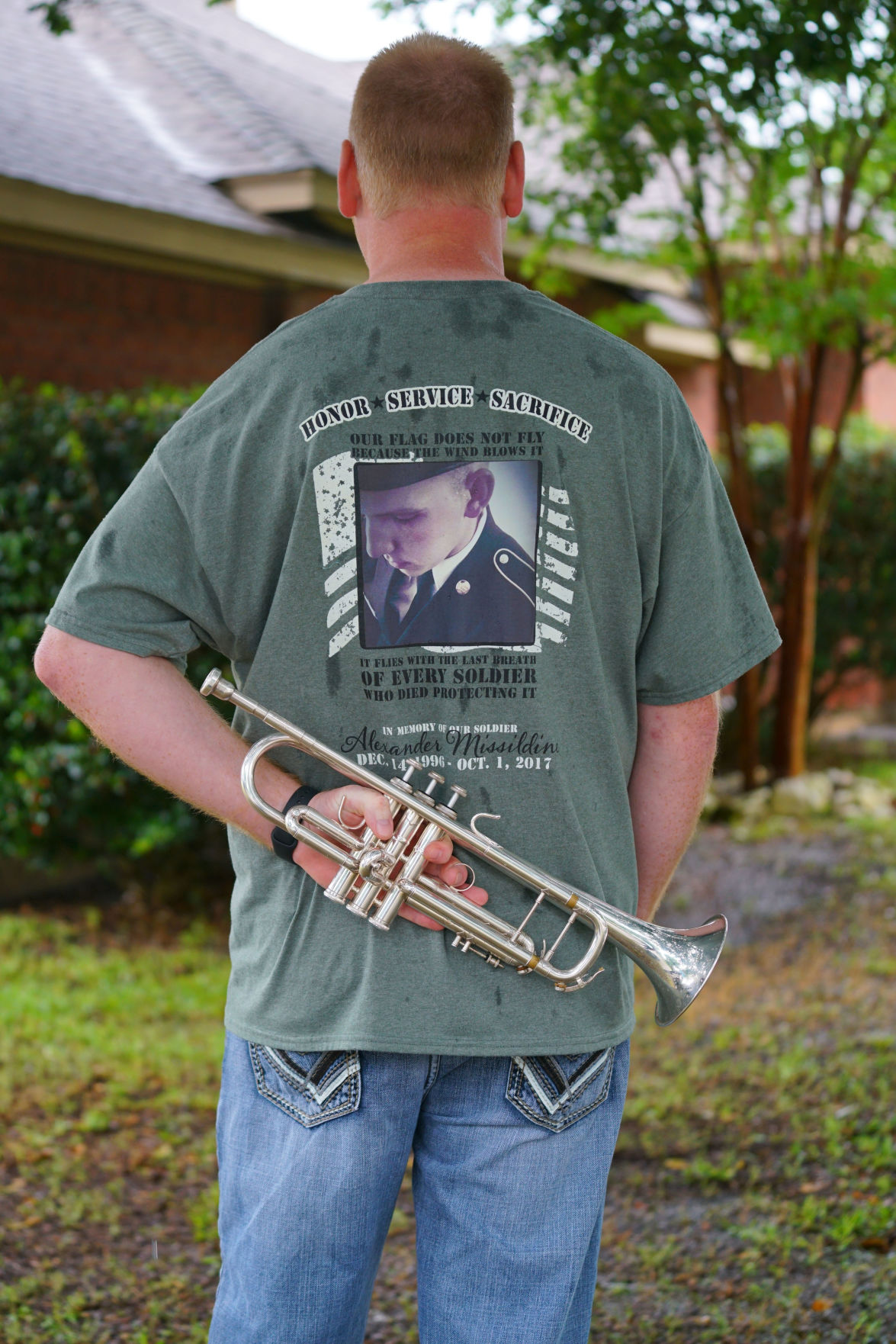 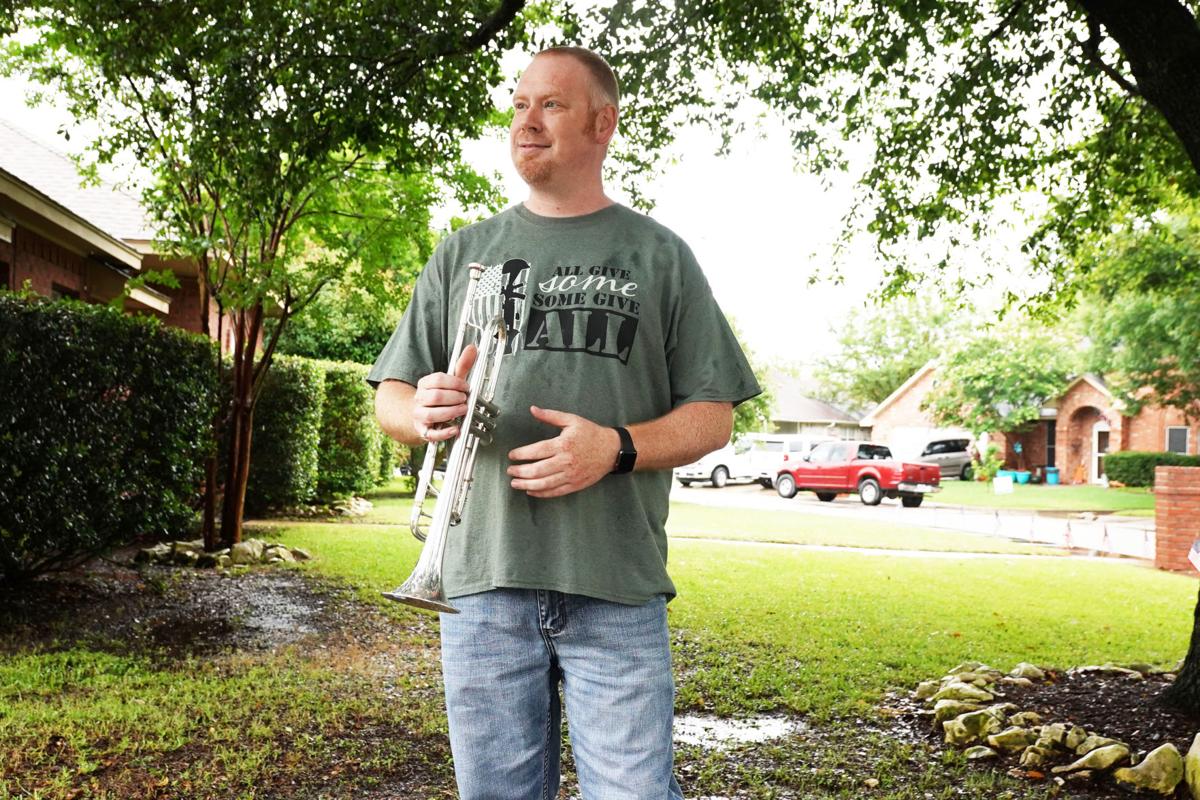 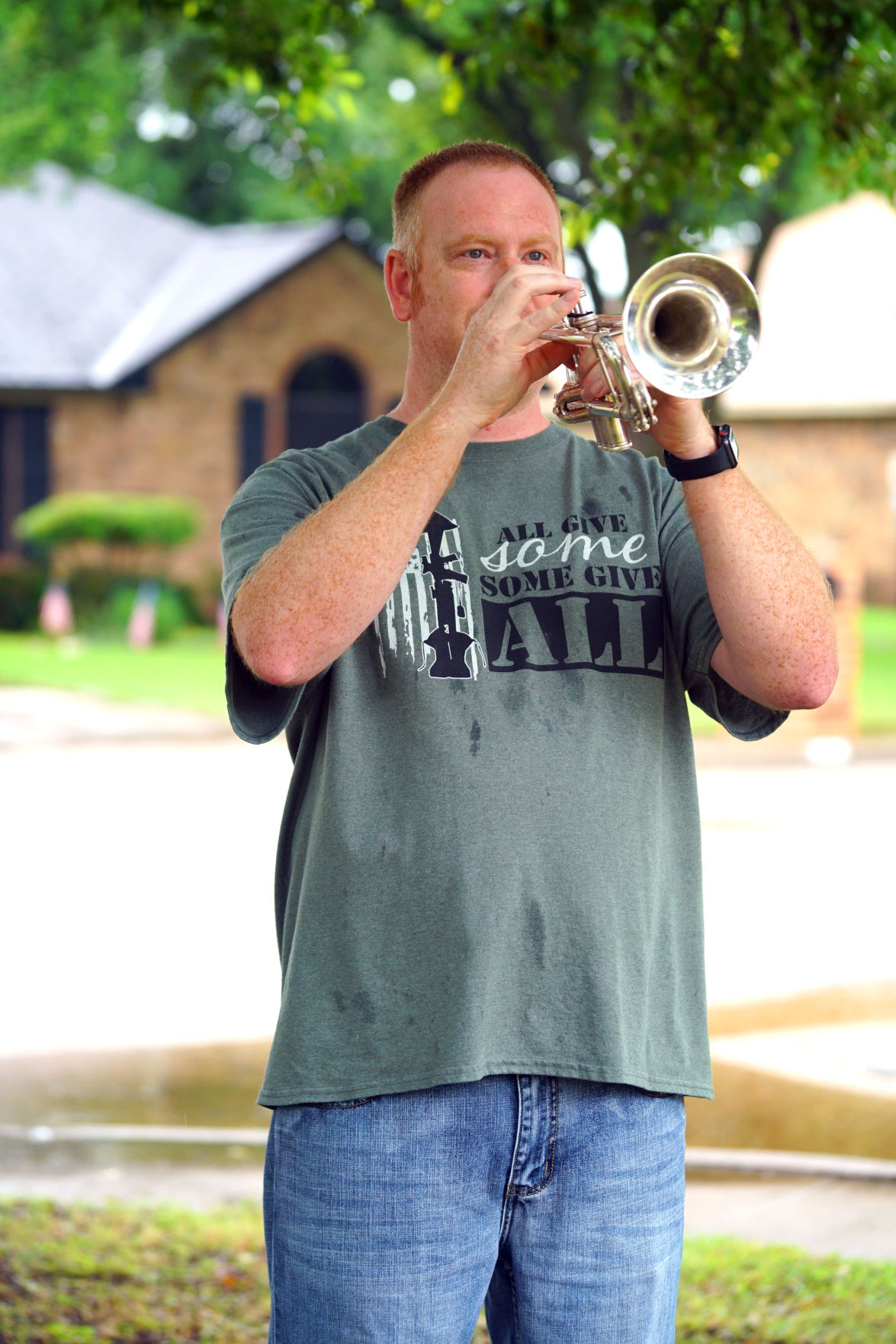 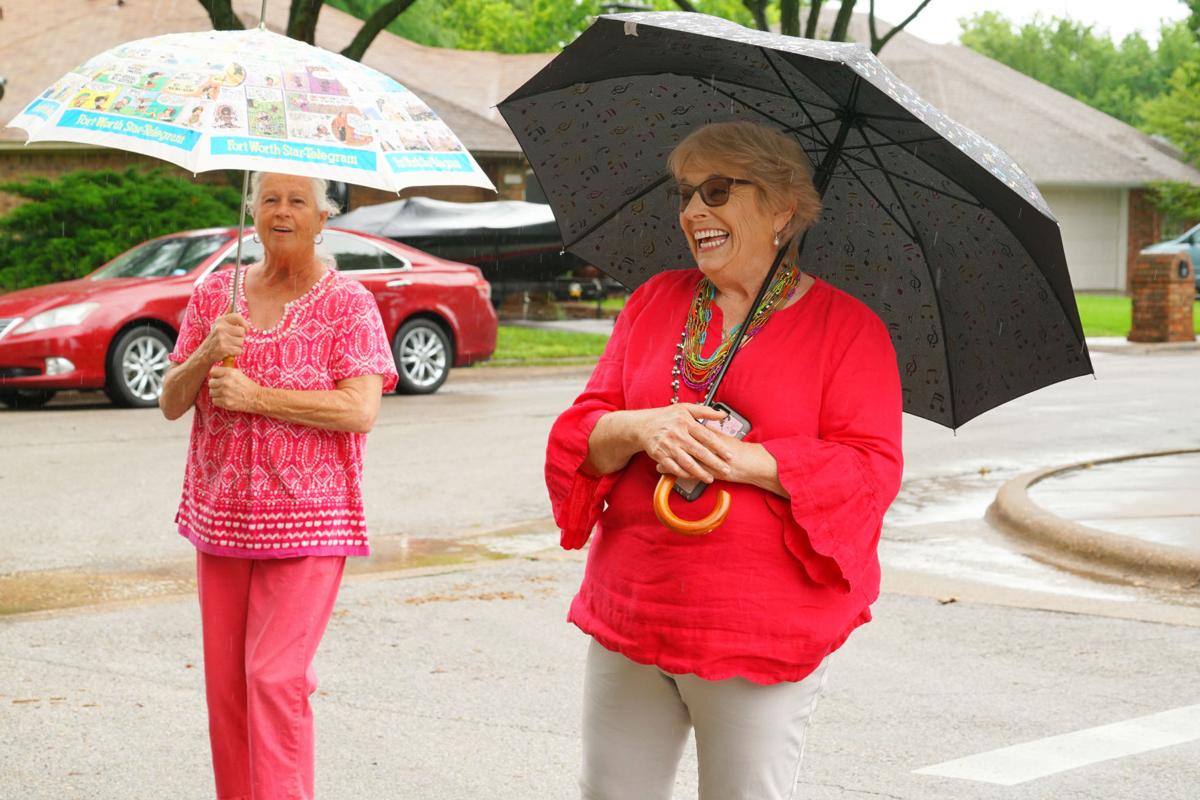 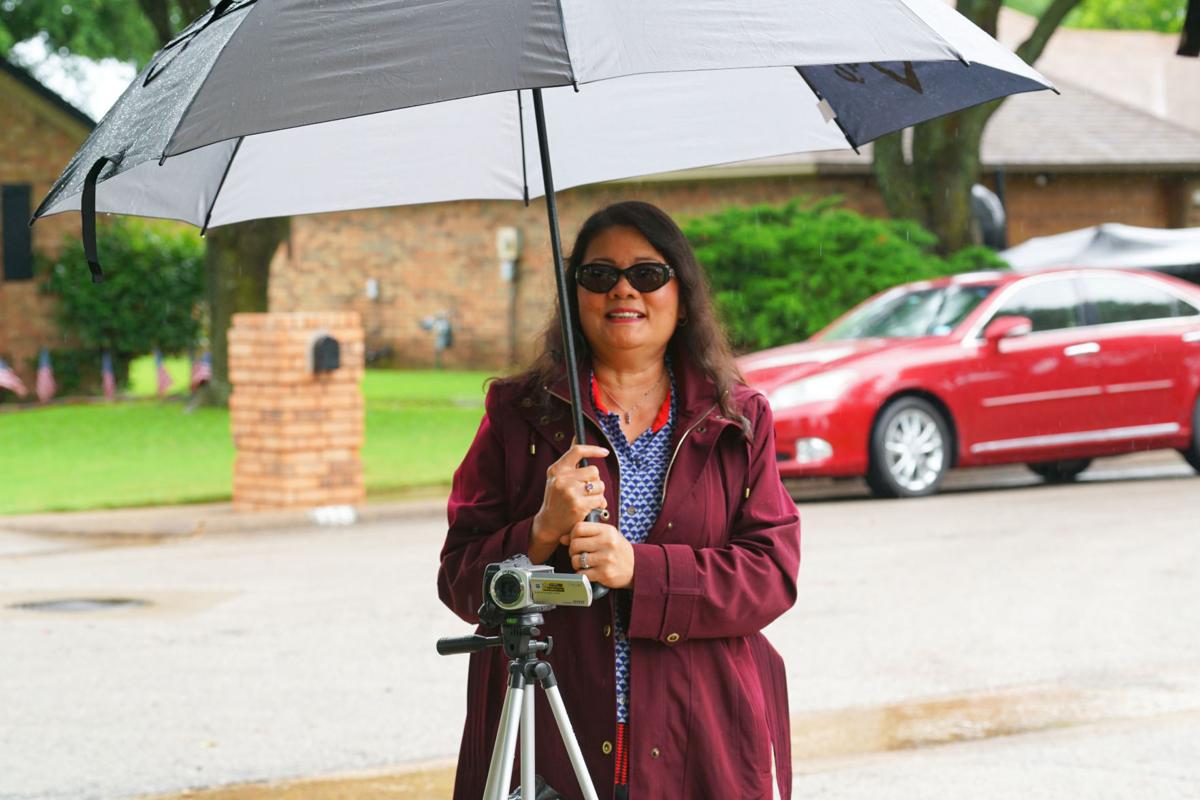 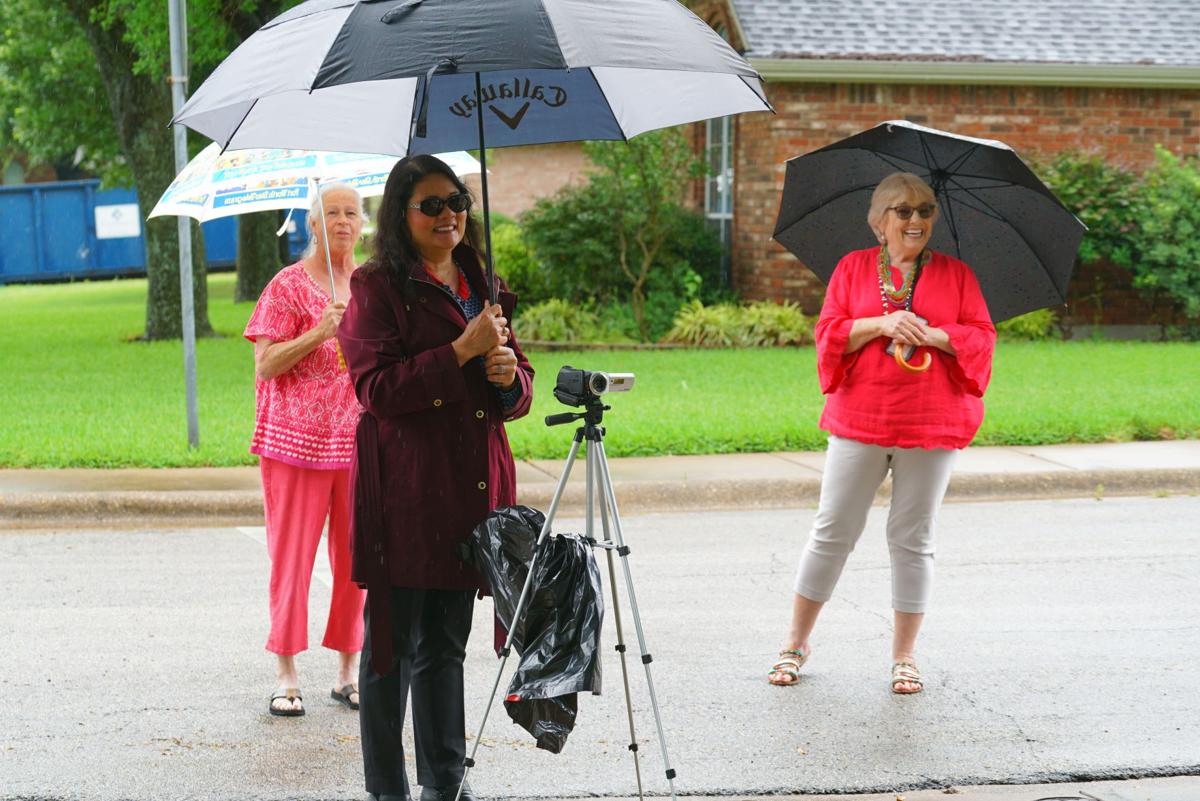 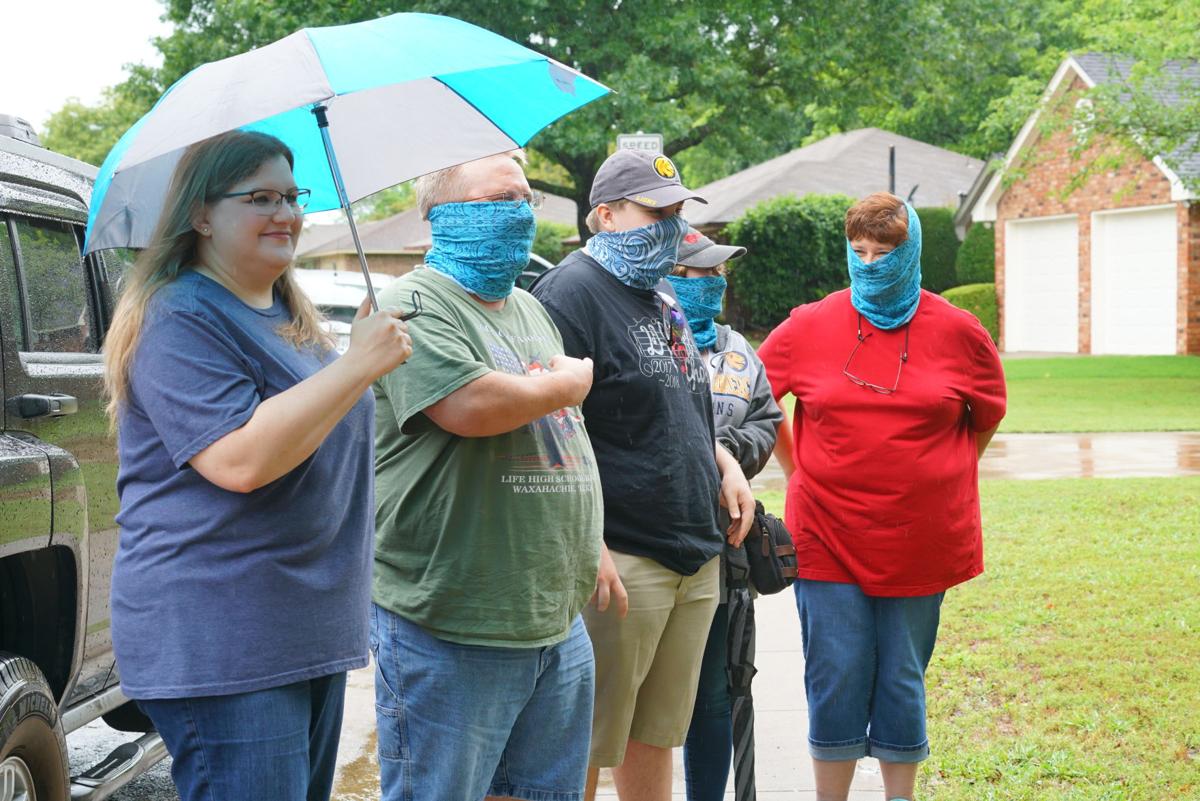 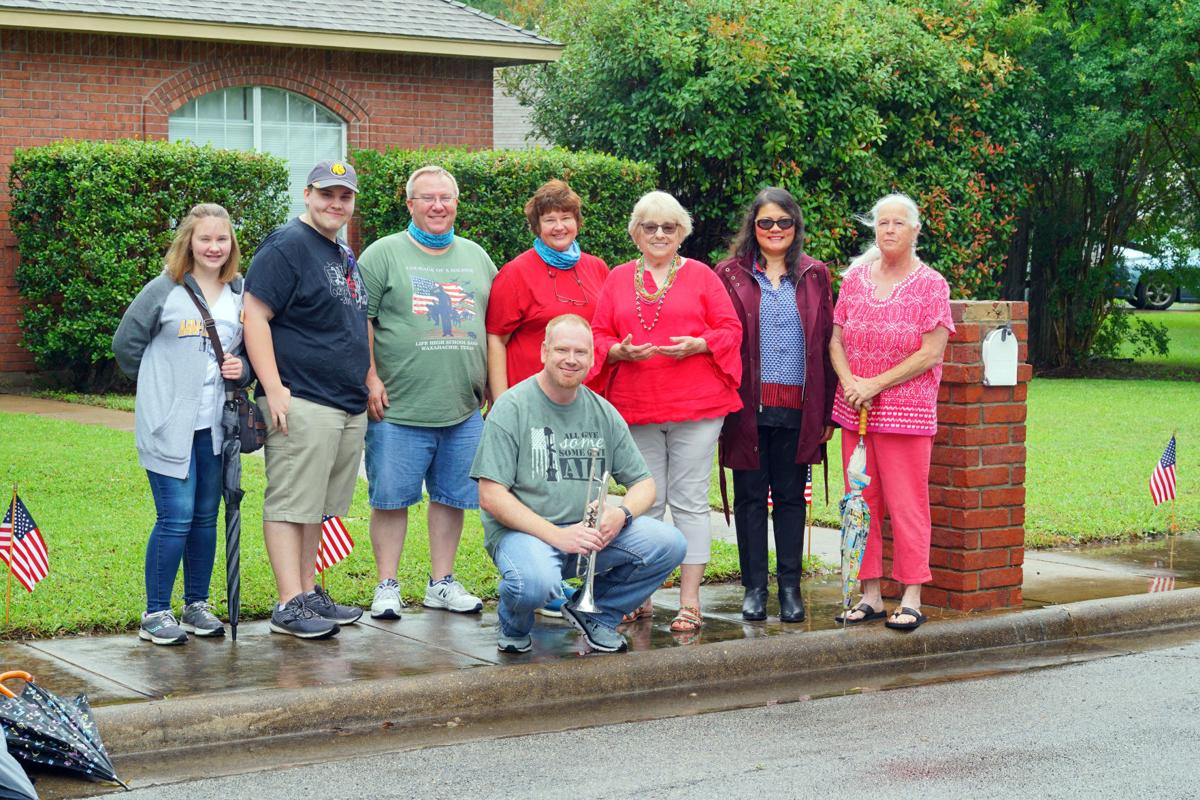 Musicians across the nation stood united Memorial Day in the playing of “Taps,” a simple initiative that saw each one step outside their homes at 3 p.m. in their respective time zones.

In Waxahachie, Paul Martin played the somber music on his trumpet and against the backdrop of a gently falling rain as members of his church and neighborhood gathered nearby.

The initiative was started in advance of this year’s national holiday by CBS “On the Road” correspondent Steve Hartman and retired Air Force bugler Jari Villaneuva, who were seeking a way to remind the public of what Memorial Day is intended to be.

And Martin was all on board when he learned of the plans.

“It was an easy decision,” the Scurry-Rosser High School band director said. “I didn’t hesitate to do this. I’m very patriotic and music helps bring that out as well.

“A lot of my family has served in the military,” he said. “We’ve been fortunate in that everyone made it back home.”

But he’s still personally felt the loss that war can bring.

It was Oct. 1, 2017, when one of his former band students, Alex Missildine, lost his life at the age of 20 during an IED attack in Iraq.

“After he left high school, he went straight into the military,” Martin said, noting that his family and Missildine’s had lived near each other in Tyler. The long-time educator first met Missildine in middle school and continued to work with him as a band student through his graduation from Robert E. Lee High School.

The loss still weighs on Martin, who silently dedicated his playing of “Taps” this Memorial Day to the fallen soldier.

Prior to joining Scurry-Rosser ISD this past school year, Martin had served a year as band director for Life School – Waxahachie, where he dedicated the band’s marching show, “Courage of a Soldier,” to Missildine.

“Alex’s family came out to our last football game and our band students all signed one of the banners and gave it to the family,” Martin said. “As a teacher, what we do is more than just pick out music. We pick out something the students can relate to and remember 20 to 30 years down the road. It’s something that has a memory behind it and more than just the music.”

Martin himself began playing trumpet as a sixth-grader in Daingerfield, Texas, and went on to graduate college from the University of Texas at Tyler. Besides teaching music in Scurry-Rosser ISD, he also serves as music minister for First United Methodist Church in Midlothian.

“My first solo was in church and I’ve performed for all kinds of events these past 23 years,” he said. “Trumpet’s still my primary go-to although, as a band director, I’ve had to learn how to play all the instruments.”

It’s important that people realize, first and foremost, Memorial Day is intended to serve as a time of remembrance, he believes.

“It’s not about the barbecues,” he said. “It’s a day to honor those that served our country and who paid the ultimate price for our freedoms. If it wasn’t for them, we wouldn’t be able to eat that barbecue and enjoy the things we’re doing.”

And the simple act of playing “Taps” is a way in which a reminder can be sent as to what the holiday actually represents.

“If we can all just step outside and have that moment of solemnness for those who have died ... ,” he said, noting a number of colleagues and musicians in his network had planned to participate in the initiative as well.

“I hope that it will become a tradition to do this,” he said. “I’m playing for every fallen soldier and also for every one driving up the roads.”

In playing, Martin also remembers the sacrifice his own brother made when their parents informed them they couldn’t send both brothers off to college. His brother told him he’d go into the military so Martin could follow his dreams in music.

“He said, ‘I’m going to do this,’ and he went on to serve in Kosovo and Iraq,” Martin said. “It meant a lot for my brother to be willing to sacrifice his life for his country and for me, his brother.”

An ongoing way in which Martin honors those who have served in the military is through his volunteer service as a member of Buglers Across America, a nonprofit organization that strives to provide a live rendition of “Taps” at every veteran’s funeral. Over the years, he’s played the music “for people I don’t know and for family.”

“I had the honor of playing ‘Taps’ at my grandfather’s funeral,” Martin said. “He had served in World War II and passed away in 2016. ‘Taps’ is an emotional song to play and one that comes from the heart.

“The gift of music, the love of music, it’s all from the heart,” he said. “Why I teach is so I can share that gift with the students in my classroom.

“For Alex, music was his thing; he ate it up,” Martin said of his former student, whose life ended too soon in service to the country and for whom the teacher will continue to play “Taps” each Memorial Day.

“He loved music; he was a genuine, good kid,” Martin said. “I’ll always remember him, his personality, him being there in the band hall.”

Memorial Day: Remembering those who gave all for our freedom

Memorial Day in Waxahachie saw many U.S. flags flying in remembrance of the men and women wh…