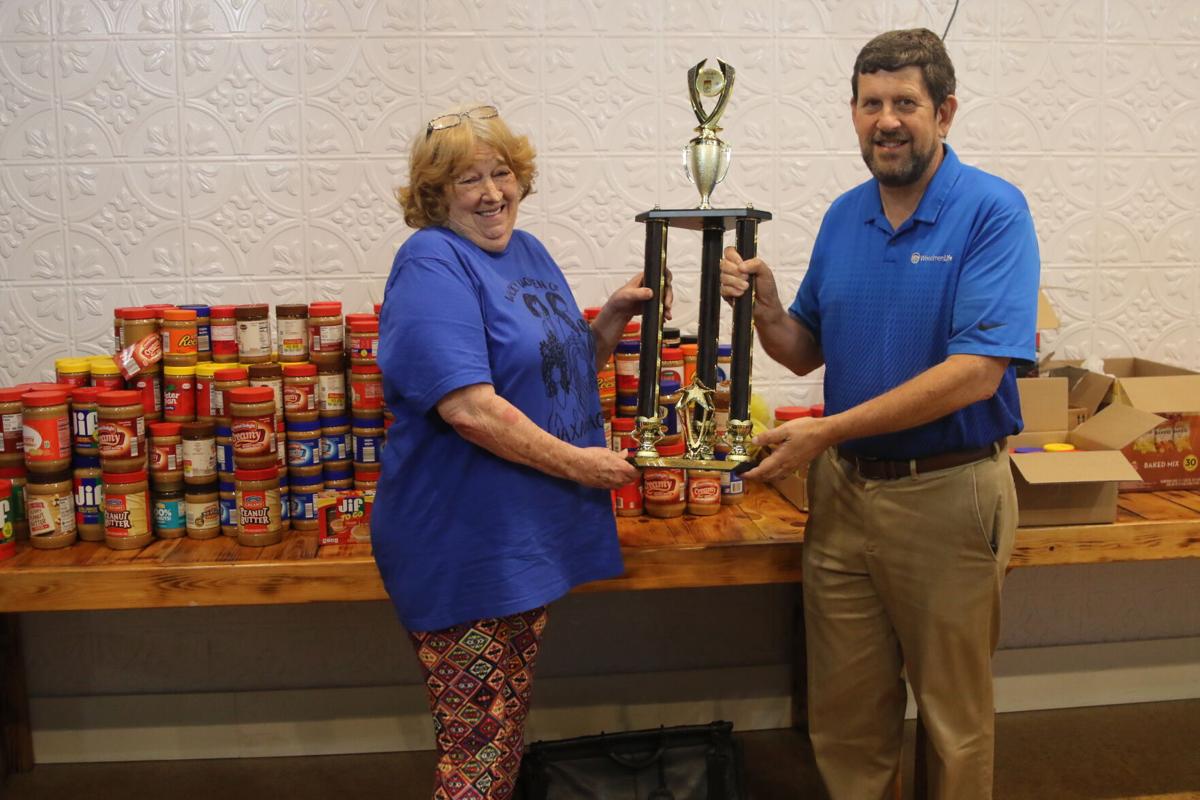 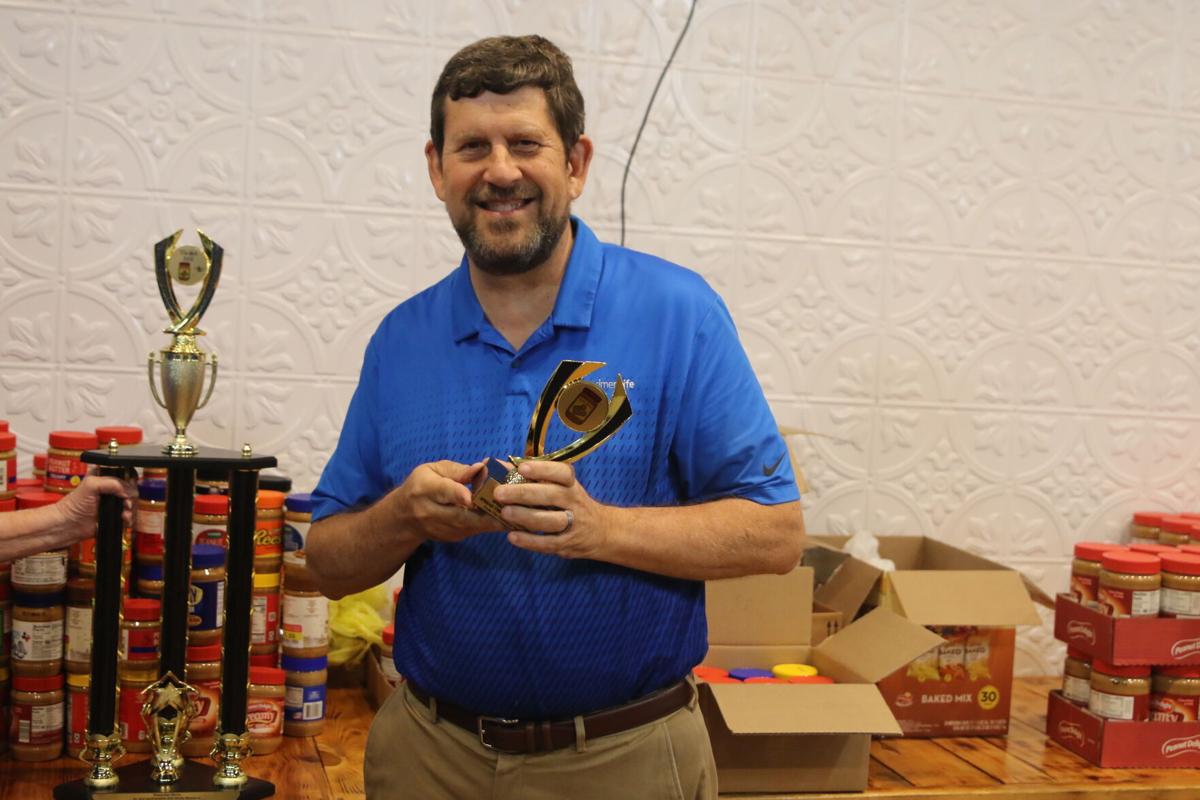 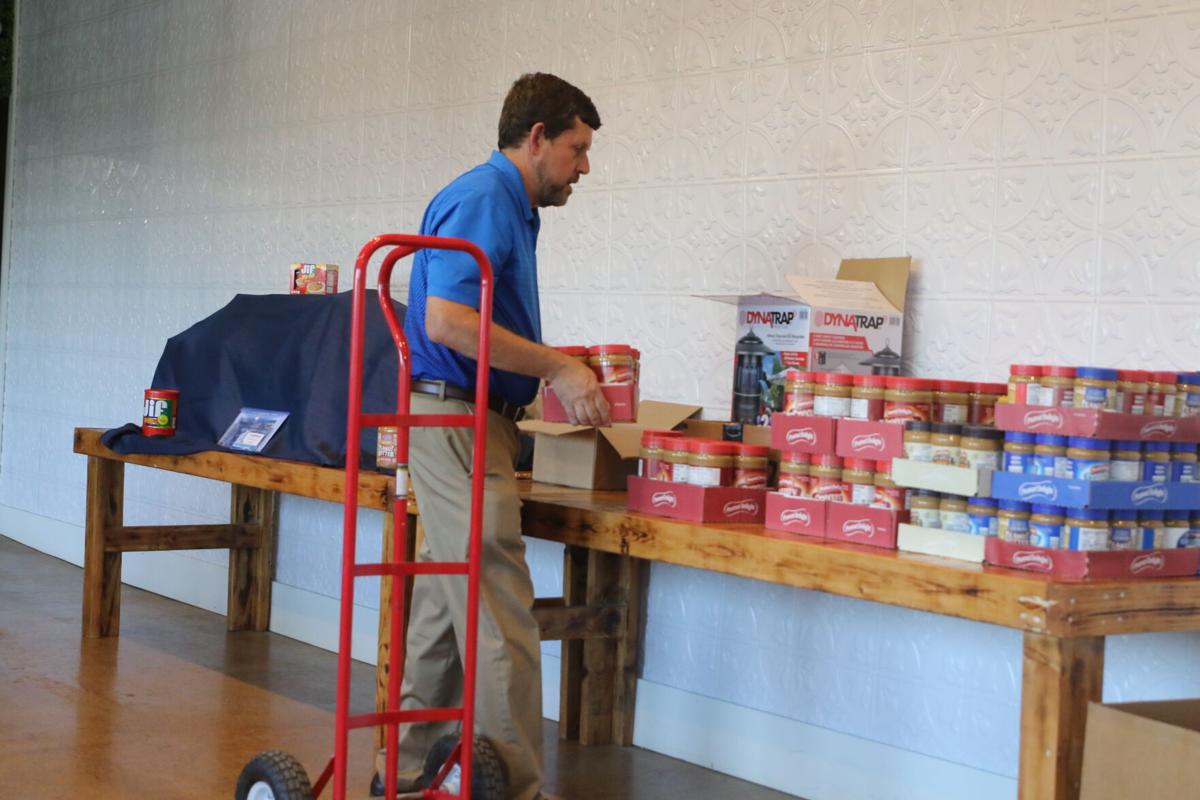 Stuart Stephenson brings in and stacks his peanut butter donations. 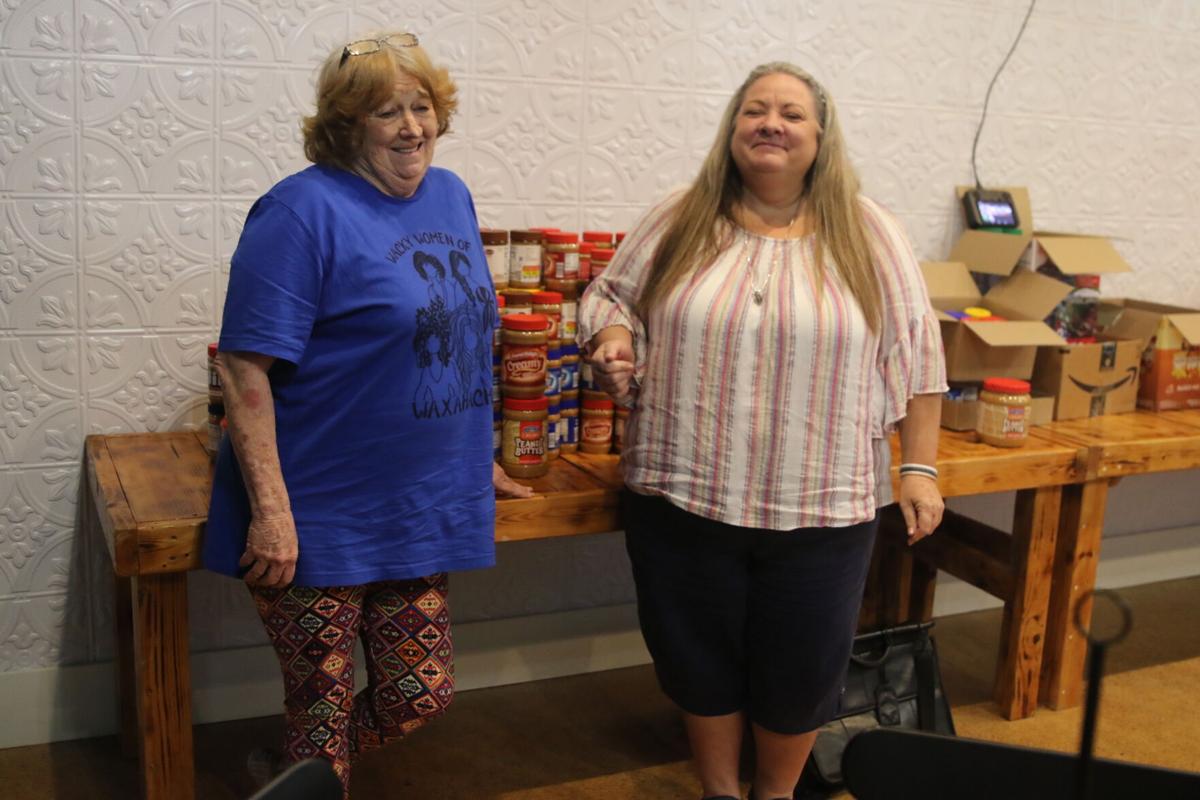 The winning team of Francine Perry and Jude Wilson. 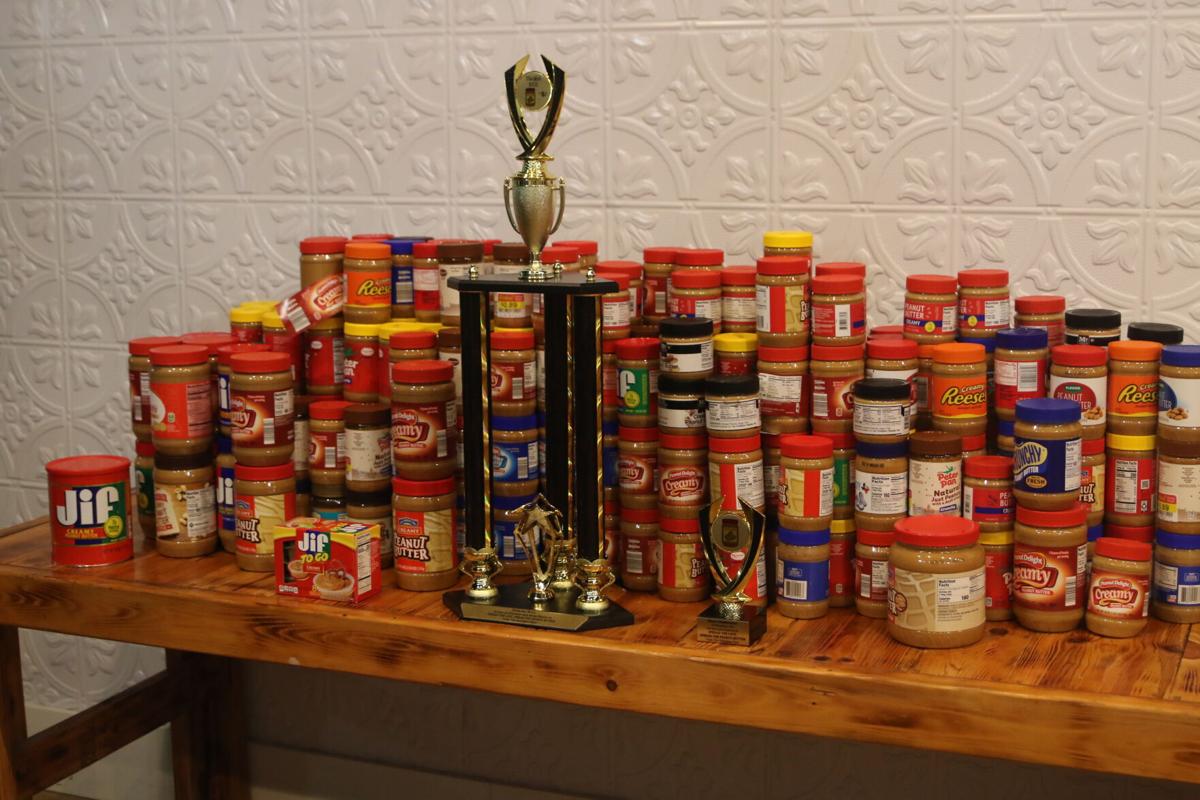 Stuart Stephenson brings in and stacks his peanut butter donations.

The winning team of Francine Perry and Jude Wilson.

WoodmenLife’s Spread the Love initiative, which helps provide area food banks with food, recently turned into a challenge between two Woodmen of the World members to see who could collect the most jars of peanut butter.

“I never take a challenge, but when Stuart Stephenson challenged me, I took the challenge,” said Jude Wilson of The Champion Flyer.  With “right hand helper” Francine Perry at his side, the two set out to get as many donations of peanut butter as they could.

All the while, Stephenson had also set out securing donations from local businesses and individuals to fulfill the Woodmen mission of “Spread the Love; Spread the Peanut Butter.”

“The fun part is, I have found myself with a count of 300 jars or more of jars of peanut butter for the challenge and donation,” Wilson said at the recent unveiling of the challenge’s “winner.”

The unveiling was held last week at Bluebonnet BBQ, where Wilson and Perry had a table stacked with peanut butter and covered with a cloth prior to the quarterly Woodmen meeting.

“Kelly from Bluebonnet is allowing us to come and set up our jars of peanut butter early in the afternoon,” Wilson said before Stephenson arrived to carry in his donations with the help of Mike Miller. The two tables’ totals were tallied after the dinner and Woodmen business meeting, with The Champion Flyer team of Wilson and Perry coming in at 407 jars of peanut butter and Stephenson coming in at 334.

Wilson and Perry were awarded the first-place trophy by Stephenson who, in turn, was presented a “participant” trophy by Wilson.

Each jar will have a Spread the Love sticker placed on its top before being delivered to one of five Ellis County-based food banks: Waxahachie Care, Serenity Village, Church of Christ Care Center, the Little Pantry, and the Salvation Army.

Woodmen of the World is a fraternal organization formed in 1892 that provides support for many community and school organizations.