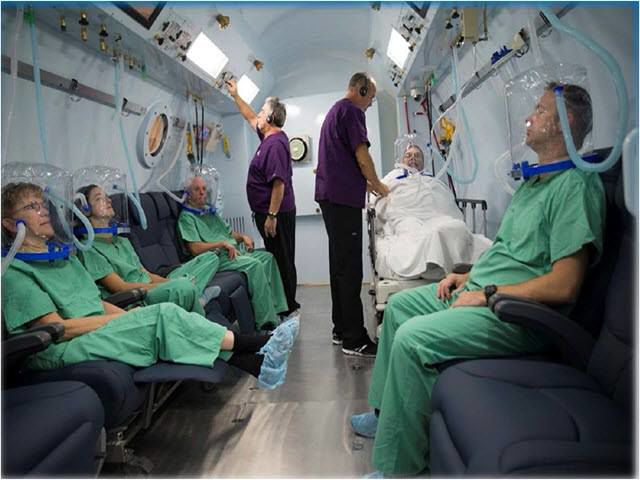 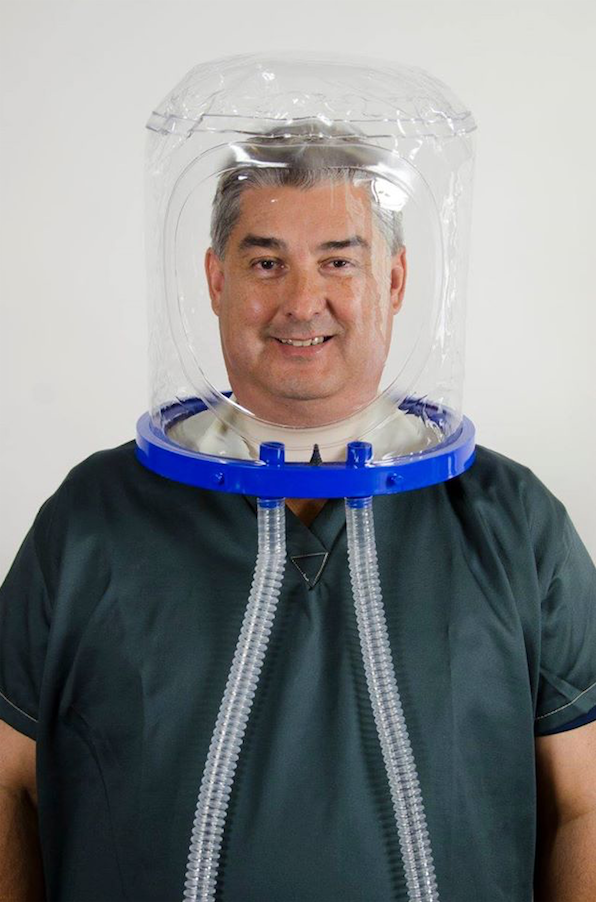 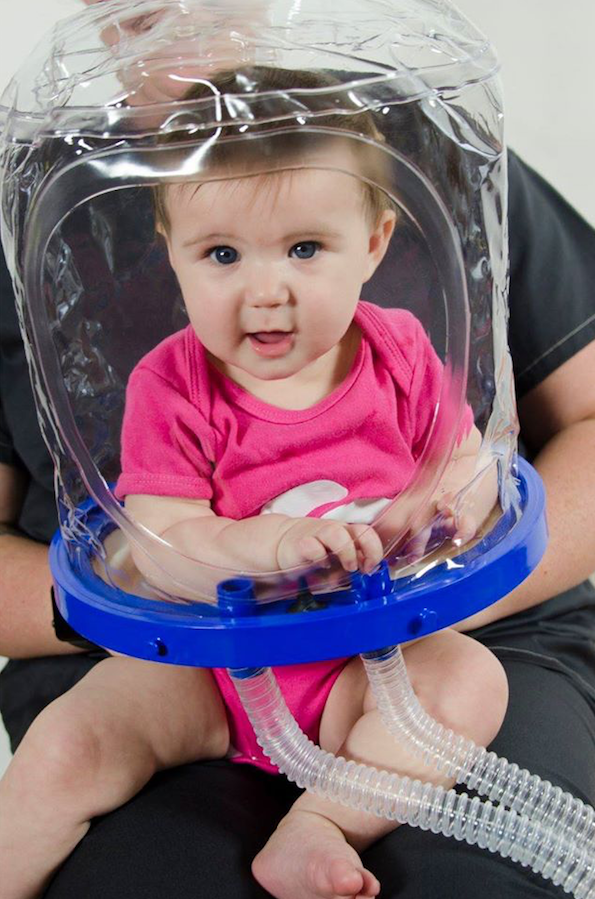 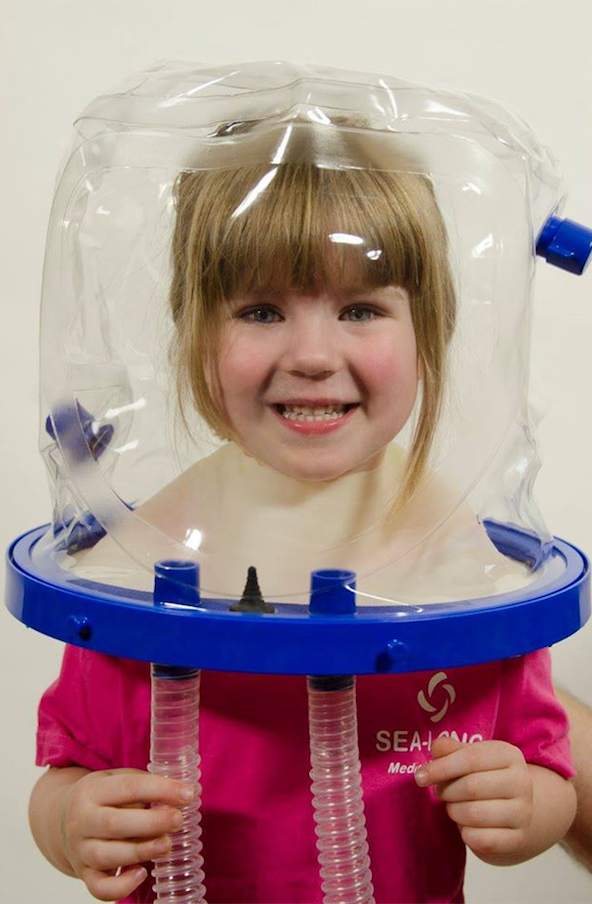 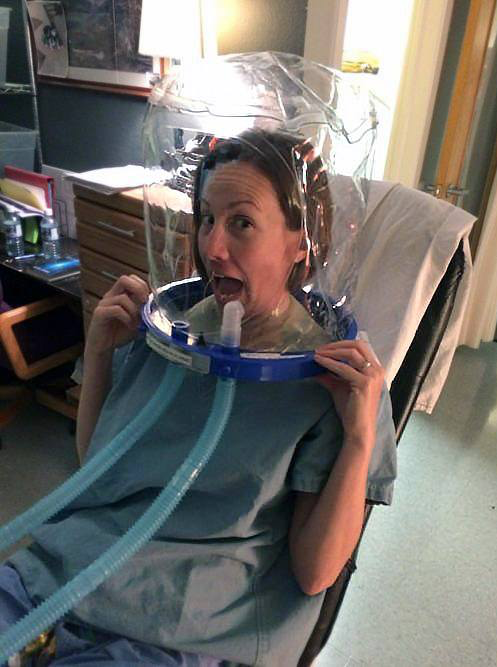 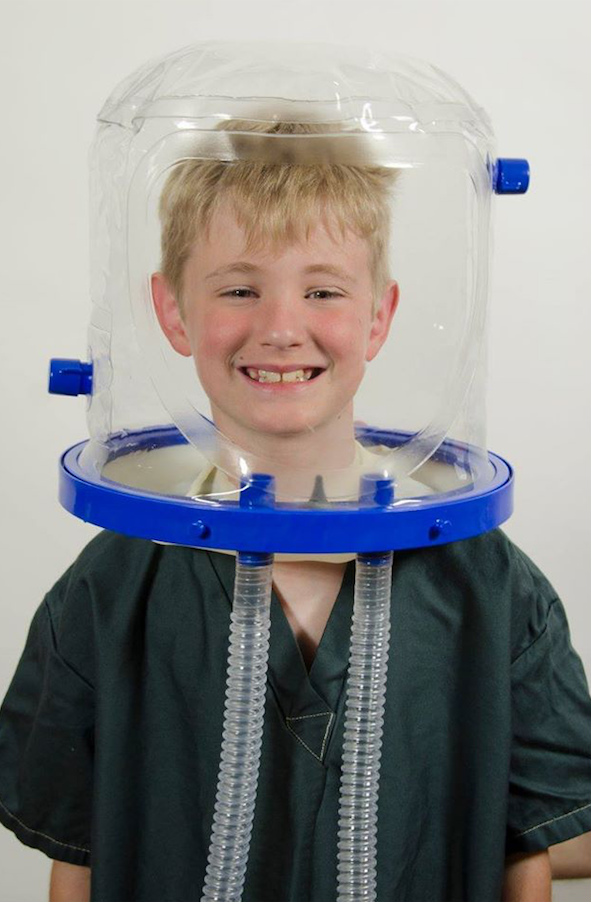 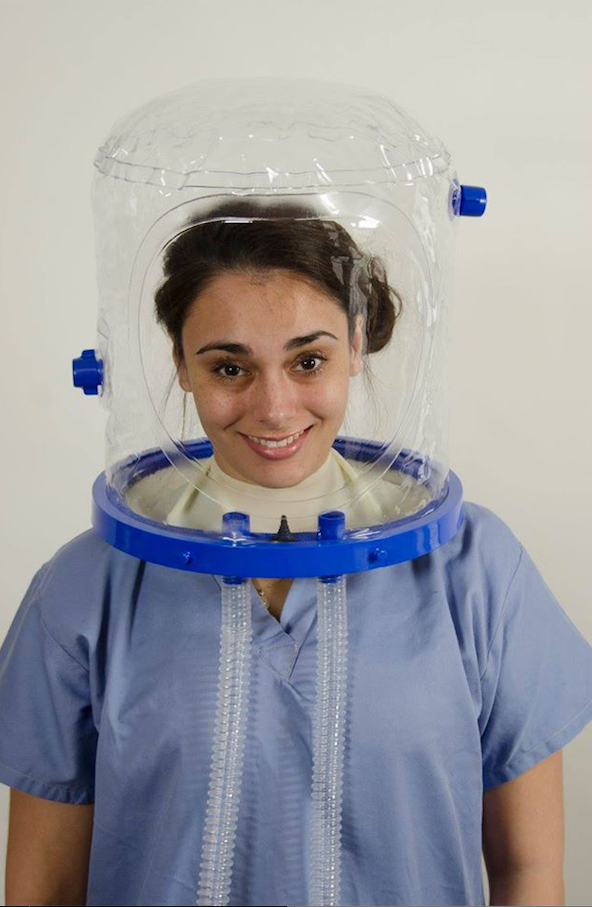 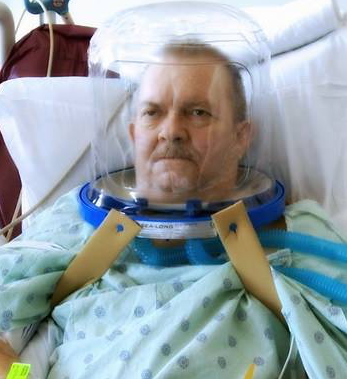 Hospitals from around the world are turning to Waxahachie-based company Sea-Long Medical Systems to help in the treatment of the COVID-19 coronavirus. The company’s hyperbaric hood can be used on some patients instead of a traditional ventilator.

Company president Christopher Austin said they developed the hyperbaric hood back in the 1980s.

“It (originally was) used to provide pure oxygen for individuals that were being treated in a hyperbaric chamber,” he said. “That would be for all kinds of ailments such as diabetic wound care, carbon monoxide poisoning and just on and on. It provides this pure oxygen to every single cell and forces it there under pressure, so the cells get more of what they need to do their job that they already know how to do.”

The helmet is made out of clear vinyl and, once it’s in place, is pressurized to provide oxygen to the patient.

COVID-19 primarily causes a respiratory illness. For those whose symptoms are more severe, the illness often leads to pneumonia, which may require hospitalization and the use of a ventilator to get oxygen into the lungs, remove carbon dioxide and support a patient’s lung function.

Sea-Long’s device would be used in extreme cases with COVID-19, Austin said.

“If they are having problems breathing, this gives them the pressure to force the air into their lungs,” he said. “So, it keeps them alive just like they would have to be on a ventilator with being intubated, which puts a metal tube down their throat into their lungs. You don’t have to do that with this.

“They are saying about 20-30 percent of patients, as they start to progress with the virus, if it gets worse and worse, they can put them on this,” he said, saying the hood can help stabilize patients to where they don’t get worse and require a full intubation. This helps to free up equipment and prevent an intubation-related injury.

According to the University of Chicago Medicine’s website, researchers found that use of the helmets instead of standard face masks that cover the nose and mouth can help a critically ill patient breathe better and prevent their needing intubation with a ventilator.

Researchers followed up with the same patients after a year for a second study (2018), finding that the helmet-ventilated patients were more likely to be functionally independent than those who’d been given a face mask.

Pulmonologist John Kress, MD, professor of medicine at the University of Chicago and the study’s senior author, wrote, “In this group of critically ill patients, the helmet made a substantial difference.”

Before the COVID-19 pandemic, Sea-Long received from 50-100 orders a week. Around March 13, orders started coming in from cities in the northeast such as Boston. Orders soon began arriving from across the nation and then from around the globe.

Now, the company is receiving thousands of orders for its hyperbaric hood. Presently it has the capability to manufacture 300-400 hoods a week. To accommodate the orders, additional shifts have been added.

Orders from Italy have numbered about 20,000, while some hospital networks have ordered from 1,000-5,000 of the hoods, Austin said.

After reading about the hyperbaric hood, Virgin Galactic CEO George Whitesides contacted Austin to donate equipment to help in the manufacturing process. Virgin has also provided Sea-Long with unlimited access to its private aircraft to move raw materials from Ohio to Texas.

Sea-Long is also in talks with a group from Duncanville to open up a second manufacturing site to increase the number of units it produces. And, on Thursday afternoon, Sea-long was contacted via Facebook by Southwest Airlines Cargo, which offered to provide complimentary air freight shipping to transport the hyperbaric hoods to critical need areas.

In an effort to buy more equipment and tools to increase its production volume, Austin said Sea-Long is seeking monetary donations and exploring several funding avenues, such as GoFundMe. The company’s GoFundMe account link is https://bit.ly/343qdEo.