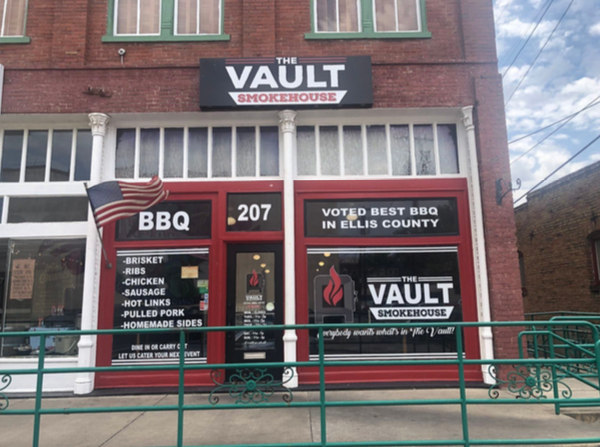 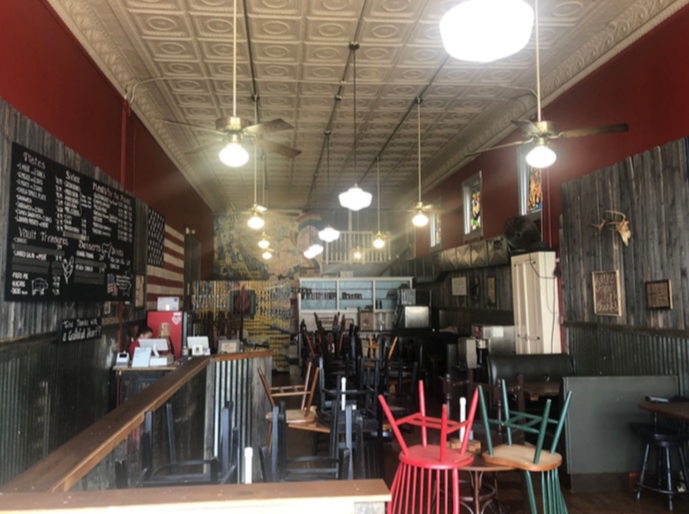 In alignment with the state’s reopening guidelines for businesses that have been shut down due to the pandemic, The Vault Smokehouse owners Jason and Money Salmon are slowly reopening their restaurant.

“I’m so thankful that they are allowing us to open back up at 25-percent,” Money said. “It’s great but can be a bit of an inconvenience when customers are upset that they can’t come in and bring their parties.”

Money said The Vault will continue its other service options even as they reopen their dining room.

“I think that curbside, delivery and to-go options allow customers who do not feel comfortable coming in to get the same food and quality,” she said.

The Salmons found their business cut in half when the novel coronavirus hit.

“Thankfully, when I talked to some of the other restaurant owners in the area, they say that’s good,” Money said. “For us this was our only job. There wasn’t any backup plan or another source of income, so for us it was a must.”

Because of the drastic decrease in sales, the Salmons changed their business model to offer to go, curbside and delivery options.

“Though we did see this drop in sales, we were able to keep moving forward through business with some of our loyal customers,” Money said. “God sent us a lot of really awesome people our way. We also had people come in and get gift certificates and didn’t want anything; they just told us to be blessed.”

Approaching two weeks of the gradual reopening, Money said business is slowly starting to pick back up.

“Fridays and Saturdays are not as bad as they were at first,” she said.

The Salmons applied for and received a PPP loan, allowing them to bring their staff back on board.

Since its opening, the restaurant has developed a large presence on Facebook (@thevaultsmokehouse), which allowed it to easily make known its curbside, delivery and takeout options while the dining room was closed. The Salmons work with a small marketing team to help them execute their vision for The Vault.

“I do think that (marketing) let people know that we were open because, when you drive by and don’t see any cars out there, people may think we aren’t open,” Money said. “I definitely think that Facebook was a large help.”

Also made known to the community through Facebook was the production of the restaurant’s salsa, which, per a Facebook post, has been “flying off of the shelves.”

The salsa production was something already in process but was then heavily pushed during the pandemic. Some Facebook comments about the salsa read, “It’s awesome” and “Awesome Sauce.”

The Salmons express their appreciation to The Vault’s loyal customers and extend their wishes for the community to stay safe.