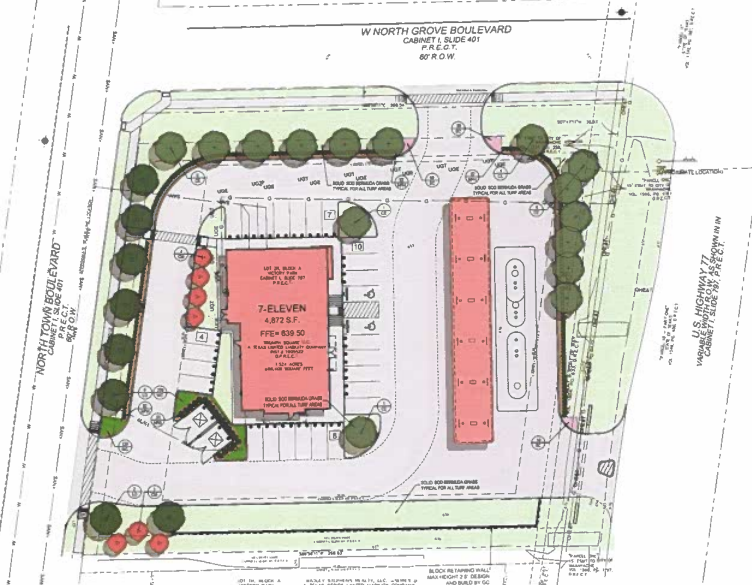 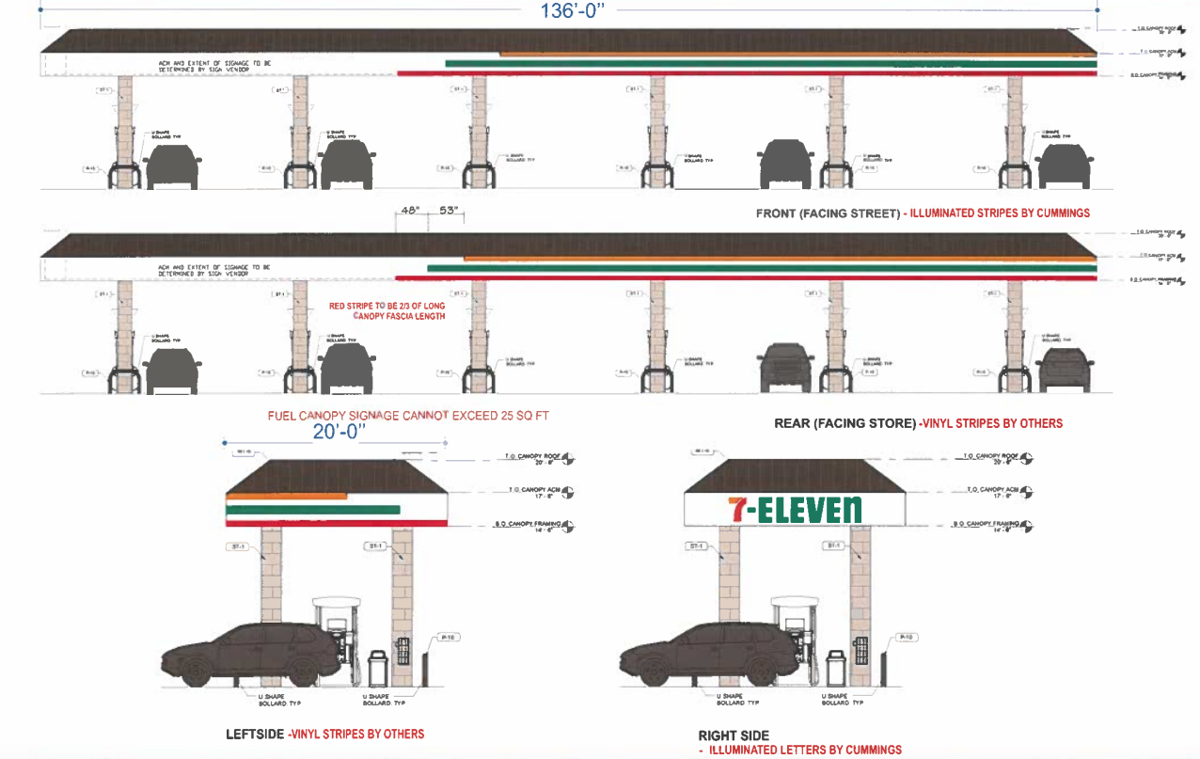 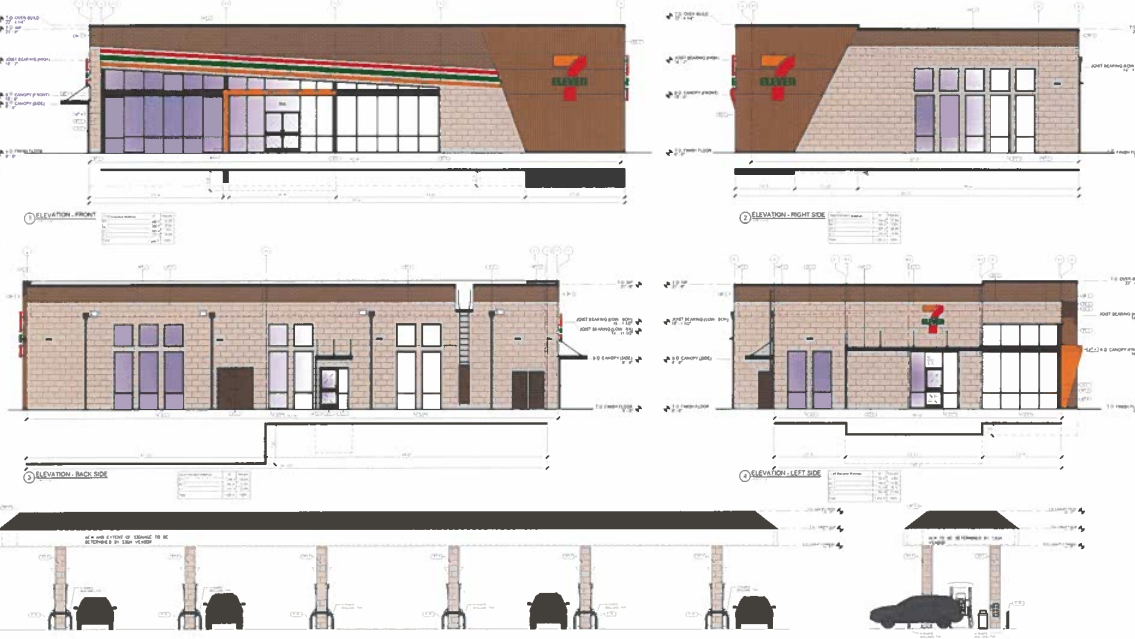 The Waxahachie Planning and Zoning Commission recommended approval of a specific use permit for the second location of a 7-Eleven convenience store and gas station during its Tuesday, Aug. 24, meeting. The new store is planned for 1851 N. U.S. Highway 77.

“This case is a continuance from the Aug. 10 P&Z meeting,” he said. “Since then, we have received updates as far as the elevation facades and the material being used for those facades. The building’s facade will be largely constructed of French limestone with brick running around the parapet of the building. There is going to be an accent on the northeast corner of the building. That will be what the cement fiber panels will be used for, to get that wood (type) of accent.”

Documents in the Planning and Zoning packet said the building’s size has increased from 4,088 square feet to 4,872 square feet to incorporate concepts such as a larger coffee bar and more food options for customers. The gas station will feature six pumps with 12 fueling stations to serve both gasoline and diesel vehicles.

“Masonry will be incorporated into the canopy supports,” Webb said. “French limestone will be the exterior of the façade of the support poles and as the Dumpster enclosure material. The monument sign will feature a masonry base. Staff is recommending approval of this site with the lone comment of a mutually agreed-upon development agreement that will be required for this development.”

The store is anticipated to be open 24 hours a day, seven days a week, with an average of three staff members on shift. This will be the second location for the company, which has its first store at 400 N. U.S. Highway 77.

According to its website, 7-Eleven operates, franchises, and licenses close to 10,000 locations in the United States and Canada. It has more than 71,100 stores in 17 countries around the world.

The P&Z’s recommendation will be forwarded to the city council for consideration at a future meeting.