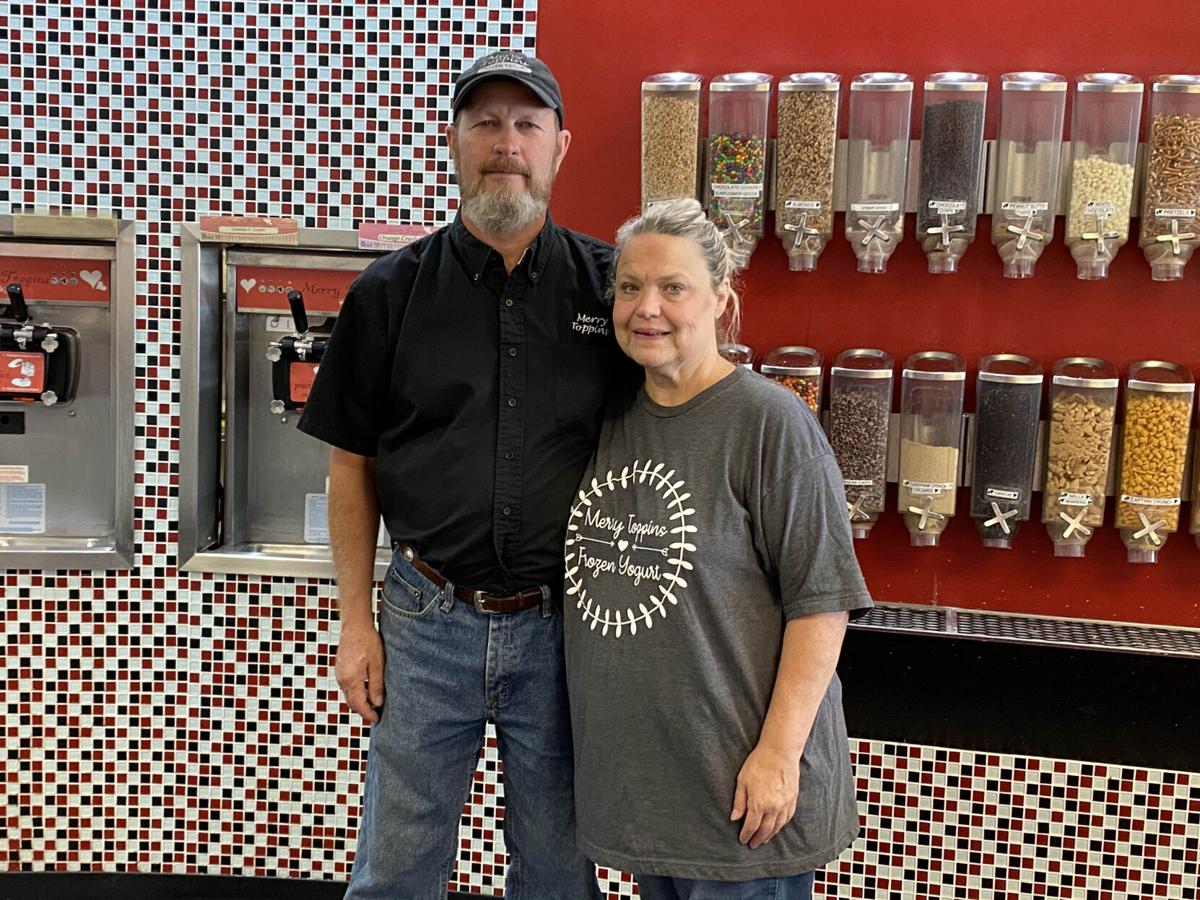 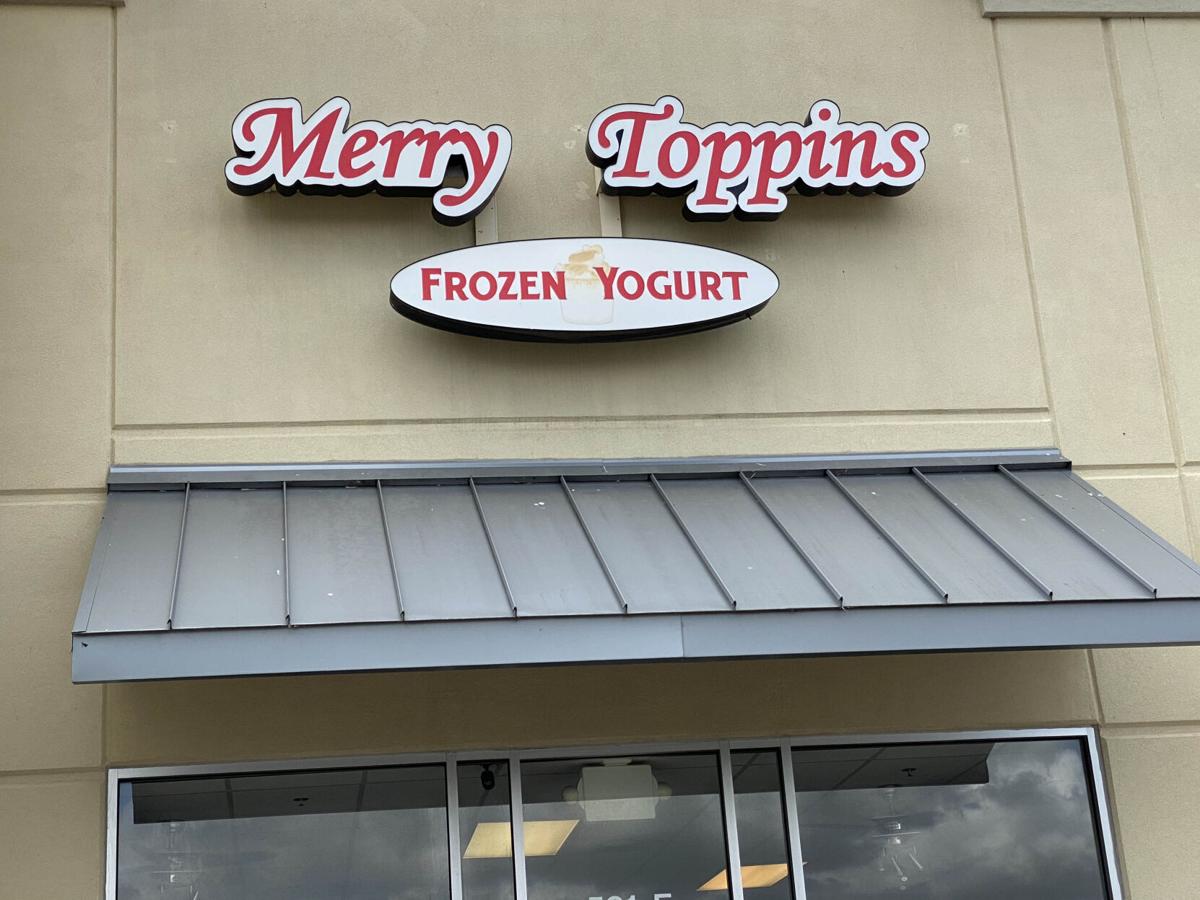 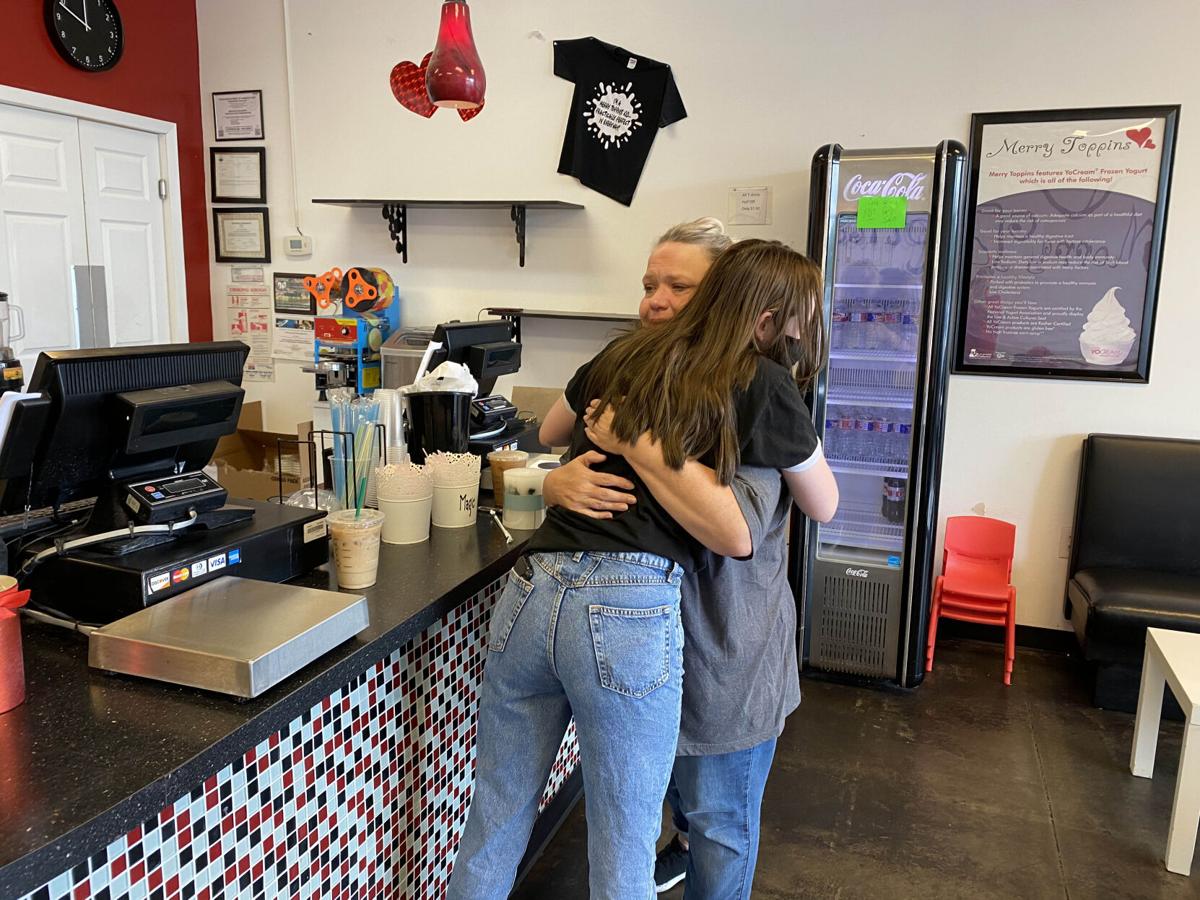 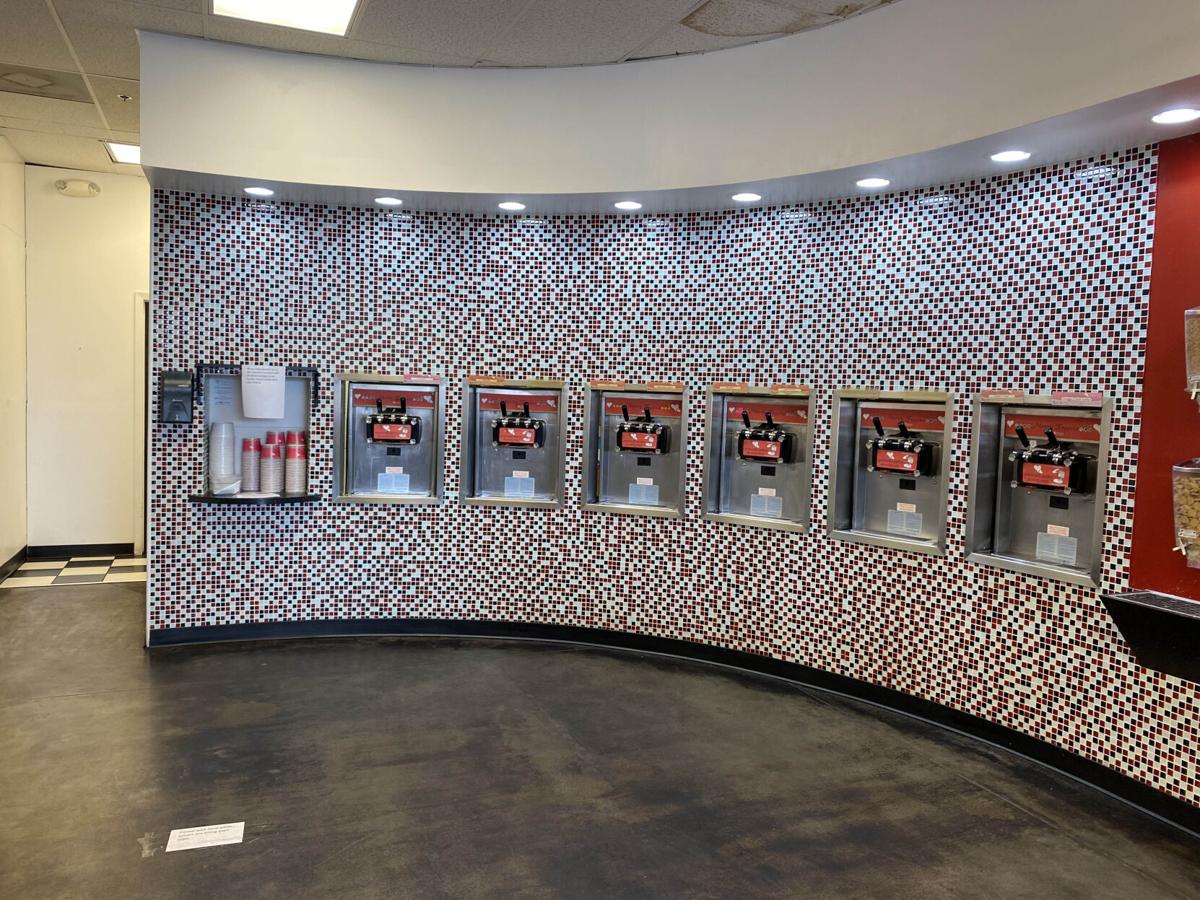 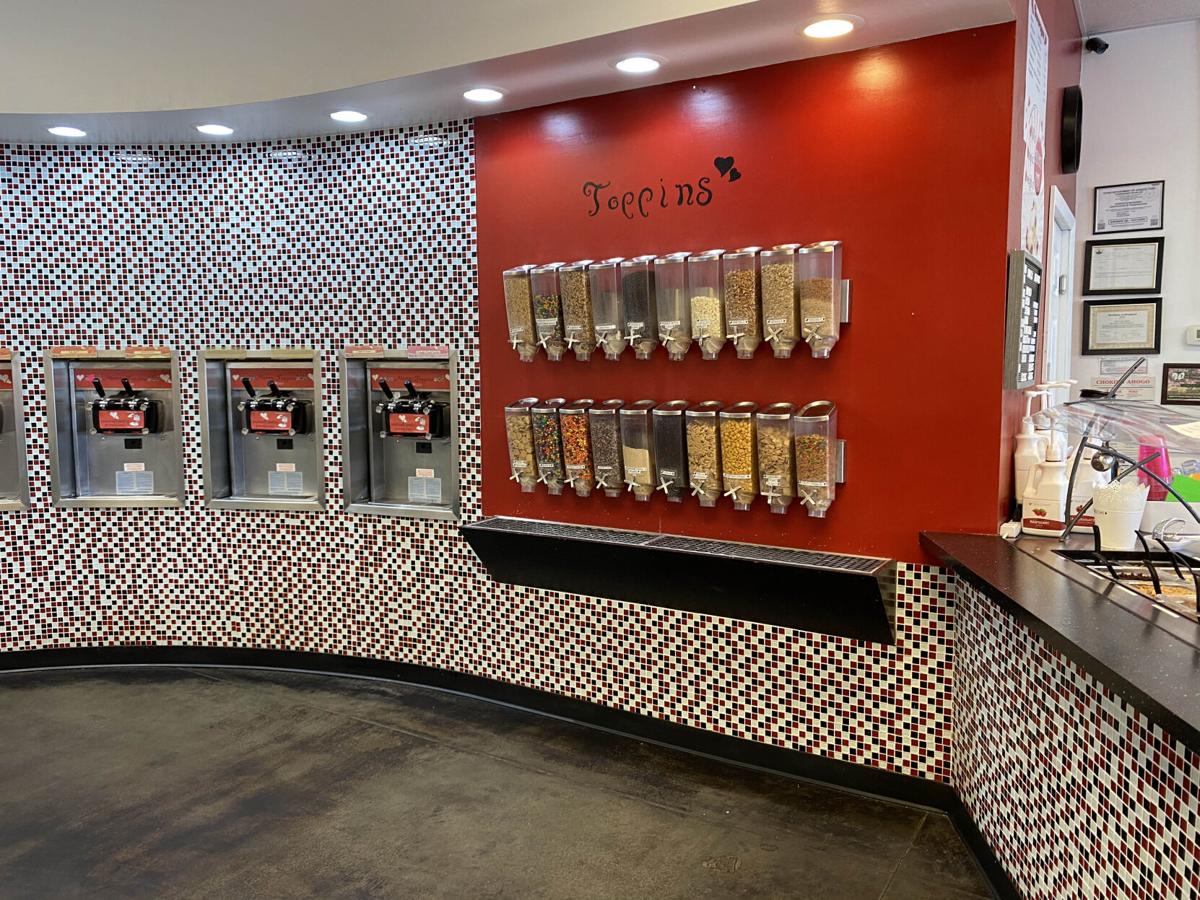 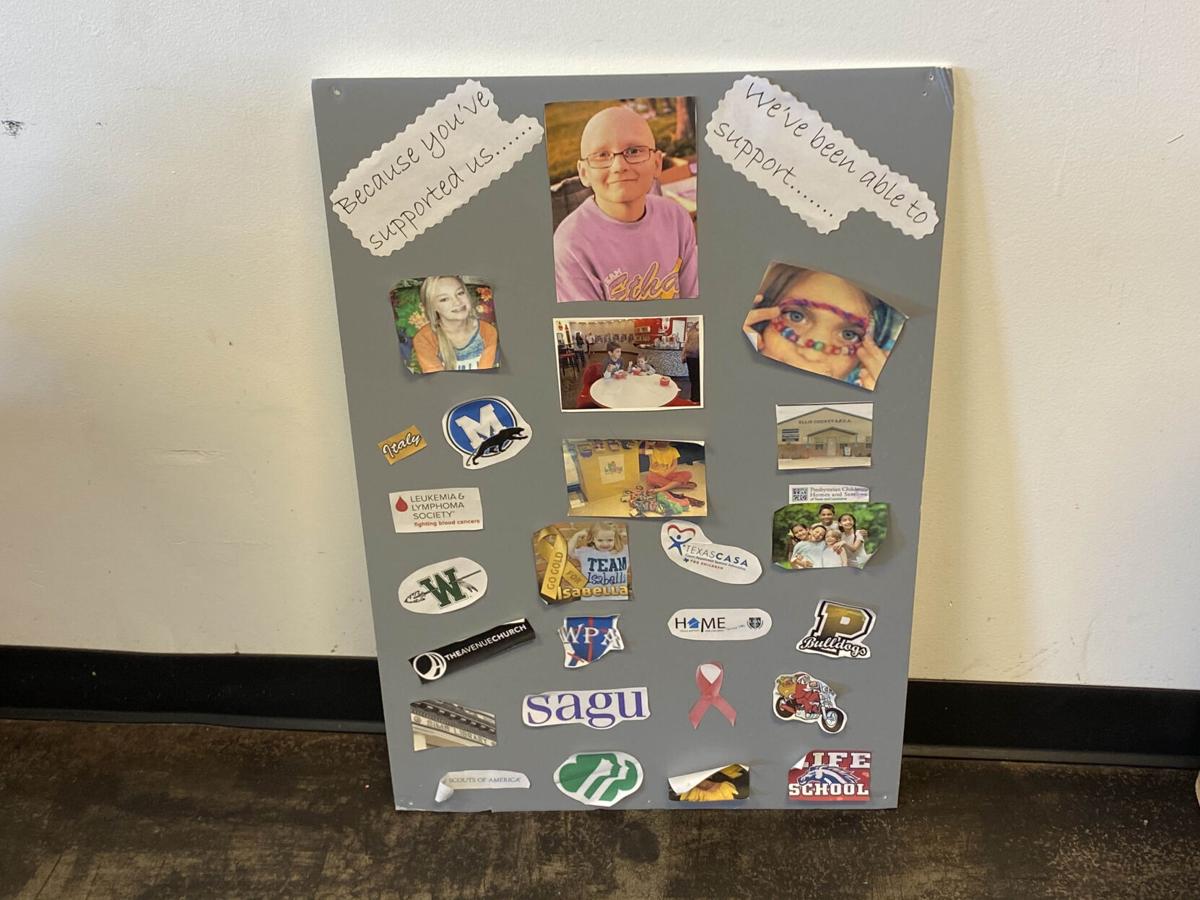 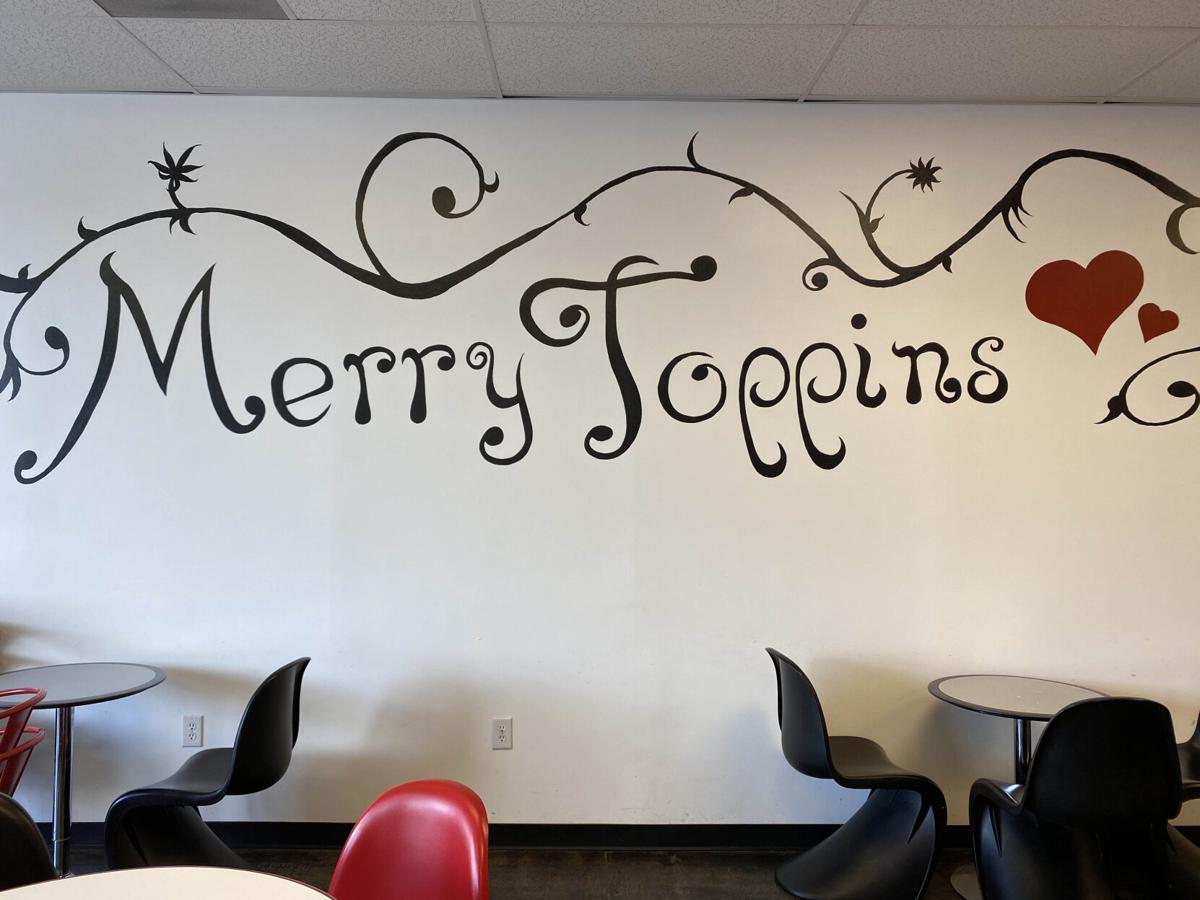 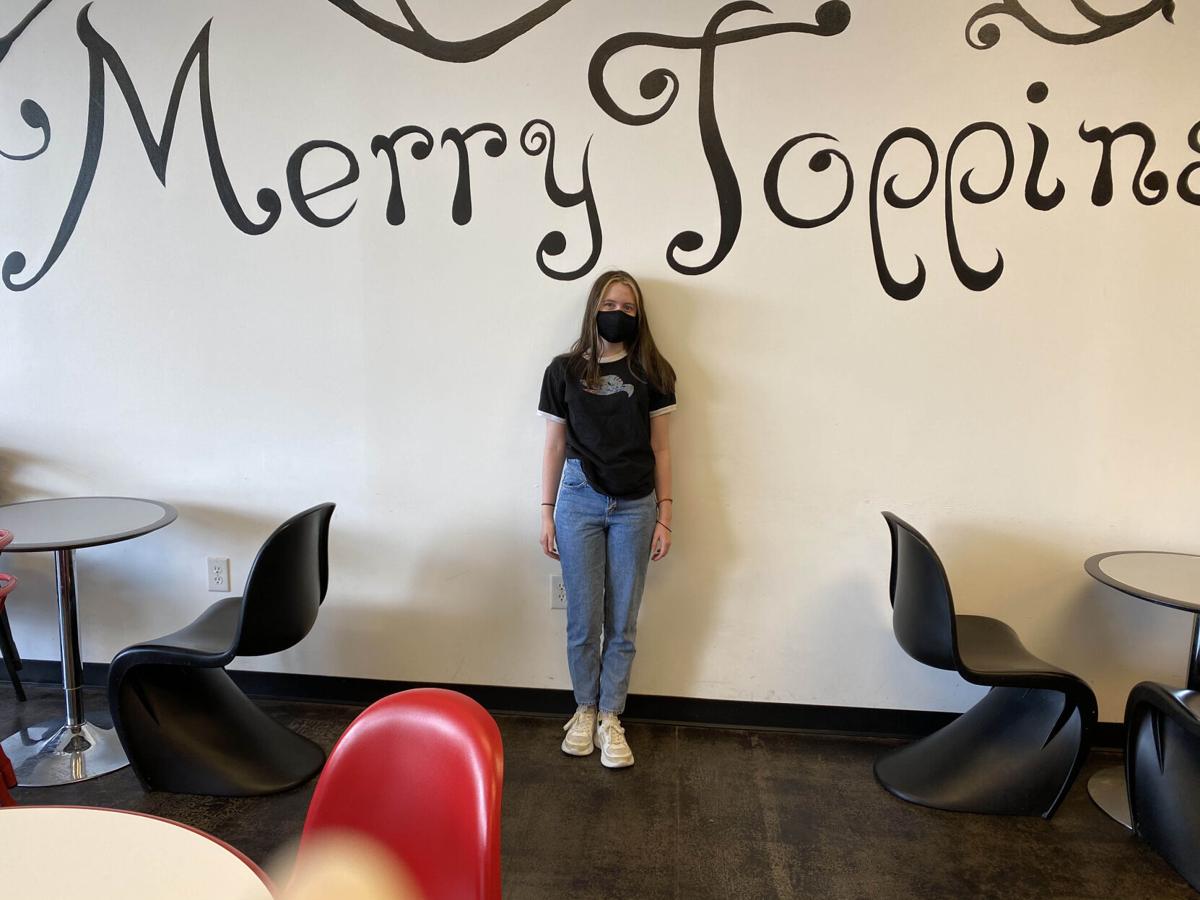 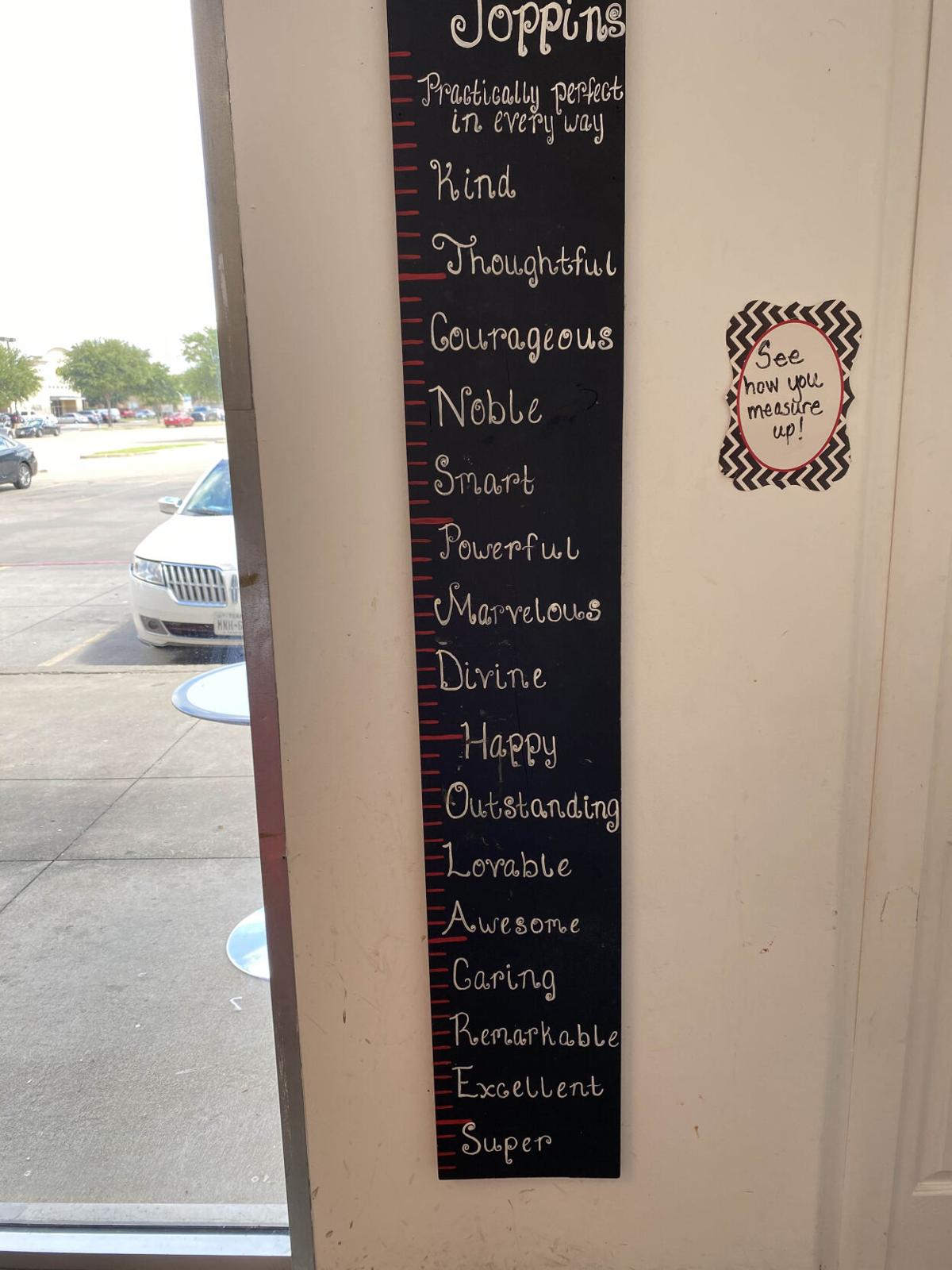 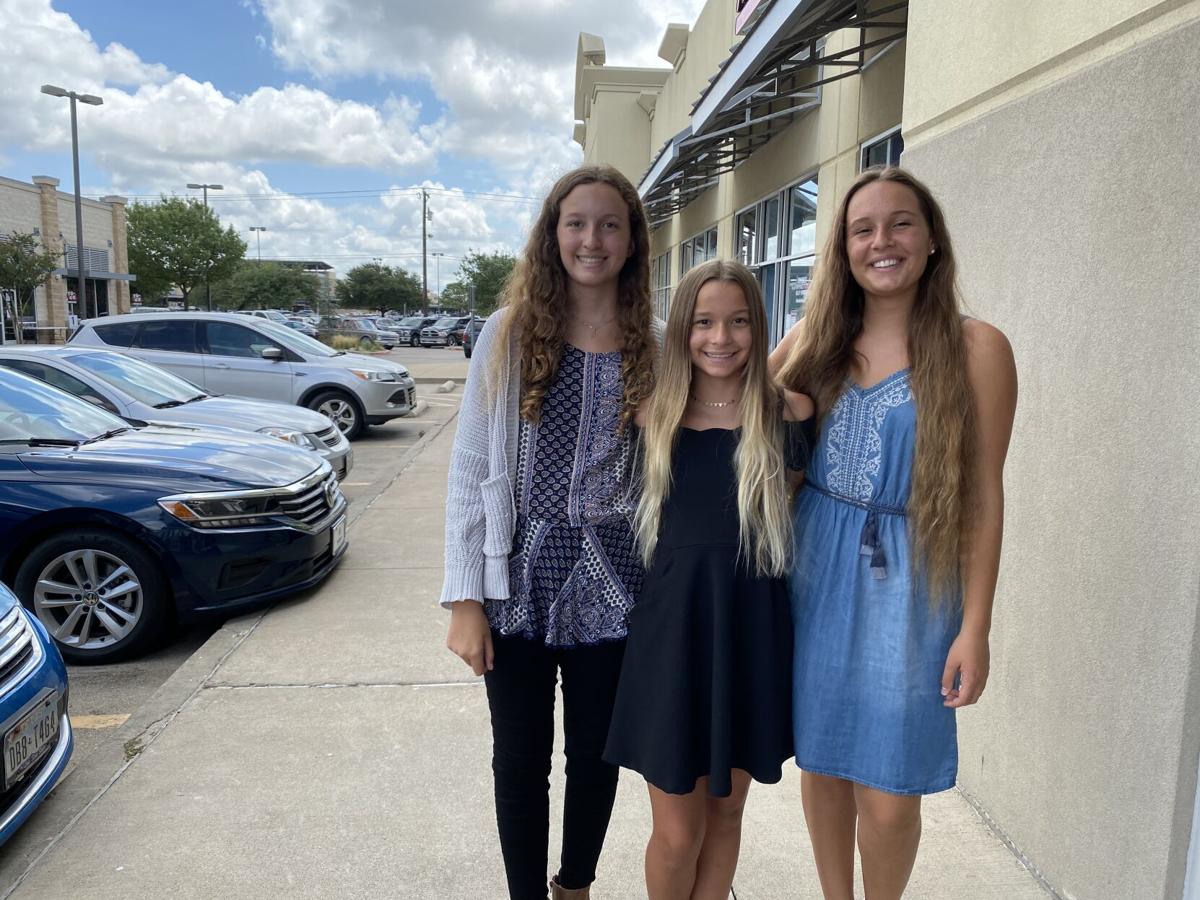 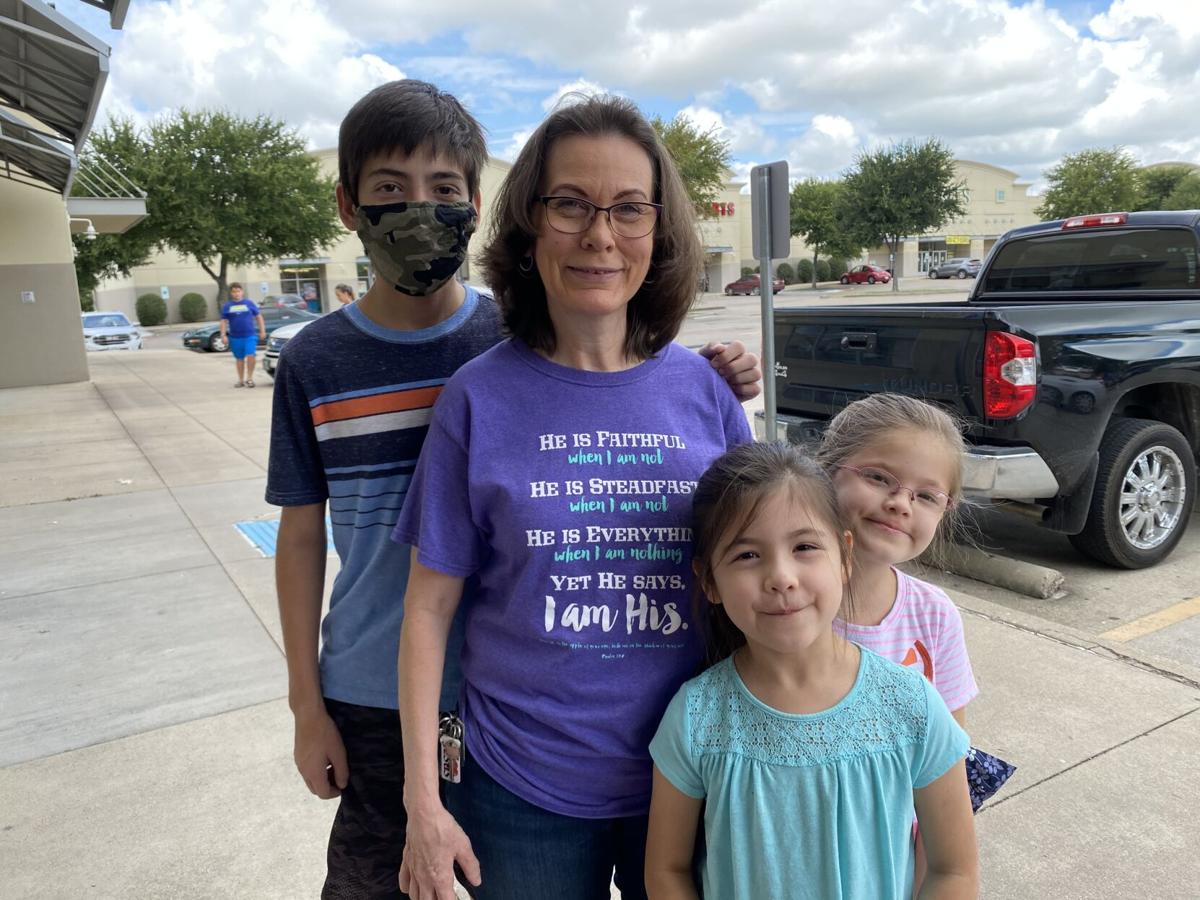 Sunday, July 26, was a sad and emotional day for Midlothian residents Jeff and Carri Wilson, whose business, Merry Toppins Frozen Yogurt, closed its doors, a victim to the COVID-19 pandemic.

The store, which opened 9 ½ years ago, was known for having a ton of toppings and lots of tasty options.

The Wilsons were very gracious, in spite of their sadness, to invite the Waxahachie Sun to visit with them on their final day of operation as they related many of the wonderful memories they will cherish forever.

As Carri spoke, tears were rolling down her cheeks as Jeff stood nearby with tears in his eyes. “This was our dream come true,” Carri said. “It was magical. It was more than a store. Many of our customers became our friends and we would have cookouts and go out to eat together.

“We stayed the course for three months but, with not knowing what lies ahead with this virus, we made the decision to close,” she said.

Knowing this weekend would be hard on her sister and brother-in-law, Carri’s sister, Vicki Hendrickson, and her husband Steve and son Landon made the trip from Owasso, Oklahoma, to be with them.

“We felt that we needed to be here to help them and support them through the weekend,” Vicki said.

The name, Merry Toppins, was the idea of Jeff and their daughter, Hali. Jeff built the cabinets and fixtures and did all of the interior work when they opened and Hali helped get the store up and going.

A tall, thin sign on the wall at the front of the store was a popular attraction over the years with its listing of many traits, such as kind, courageous, thoughtful and others, that make one “practically perfect in every way.”

“Kids would come in at the beginning of the school year and again at the end of the year to see where they measured up each time and see how they had grown,” Carri said. “Adults would also see where they were on the sign. ‘Practically perfect in every way’ is the motto for Merry Toppins.”

As the Wilsons talked, the memories flowed, one after the other.

Merry Toppins was the place fathers and daughters would go for a treat after the father daughter dances. It was the place where law enforcement officer Jeff Winningham, who passed away recently, had met his wife.

Merry Toppins was the place where a very young cancer patient would come in for a treat after a hospital stay. It was a place where baby showers and wedding showers were held and birthdays celebrated.

Merry Toppins was a place where children who came for treats at a young age would end up working there when they became old enough. Alyssa Kyle is one of those and she also spoke with the Sun.

“I started coming here when I was 11 years old,” Kyle said. “I worked the summer before my senior year in high school. I have worked here two years. I worked during my breaks while I was in college.

“Jeff and Carri are very generous,” Kyle said. “They always insisted that I put school first. They were very supportive of me and would always welcome me with open arms. Jeff is such a smart man and Carri is so caring. They are great bosses.”

From the beginning, the Wilsons instilled a family-friendly atmosphere.

“We purposely did not put in a television,” Carri said. “We had a shelf full of children’s books and another shelf of games for families to play. Families would come for a treat and would spend hours playing games. It was wonderful to see the families interacting with each other instead of being on their cell phones.”

The Wilsons also decided not to accept tips.

“People would want to tip but we explained we didn’t want tips,” Carri said. “We put out a jar and customers would put their change and money in there. When we got a substantial amount of money, we would donate to different nonprofits in our community.”

As Christians, the Wilsons said they believe it is important to give back –and the donations resulted in thousands of dollars given to help those in need.

Some of their most precious memories involve the holiday season, when they would decorate for Christmas. Those memories are captured in a framed collage of photos of their young customers that’s entitled, “I counted elves at Merry Toppins.”

“We would put elves all over the store,” Carri said. “We would hide them in garland and in the cameras. Kids’ eyes would light up when they saw the elves.

“We would give a pencil, candy cane or other prize for the child who came up with the correct number of elves,” she said. “We would change the number of elves we put out each day.”

Struggling with her words as she wiped at her tears and pausing to compose herself, Carri said of their customers, “I cannot begin to thank you enough for all your support during the years. We treasure all the memories you have given us. You opened up your hearts to us and let us be a part of your family.”

In addition to their 29-year-old daughter, the Wilsons have one grandson, 2 ½-year-old Atticus. Both smiled broadly as Carri commented on his thinking he owns the store.

With their faith to carry them through this difficult time, Jeff will continue working for the city of Grapevine and Carri will continue her profession as a licensed professional counselor. They said they will carry with them “so many precious memories” and the friends they made at Merry Toppins.