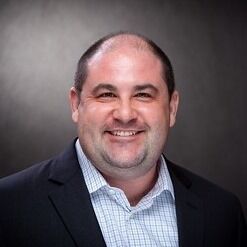 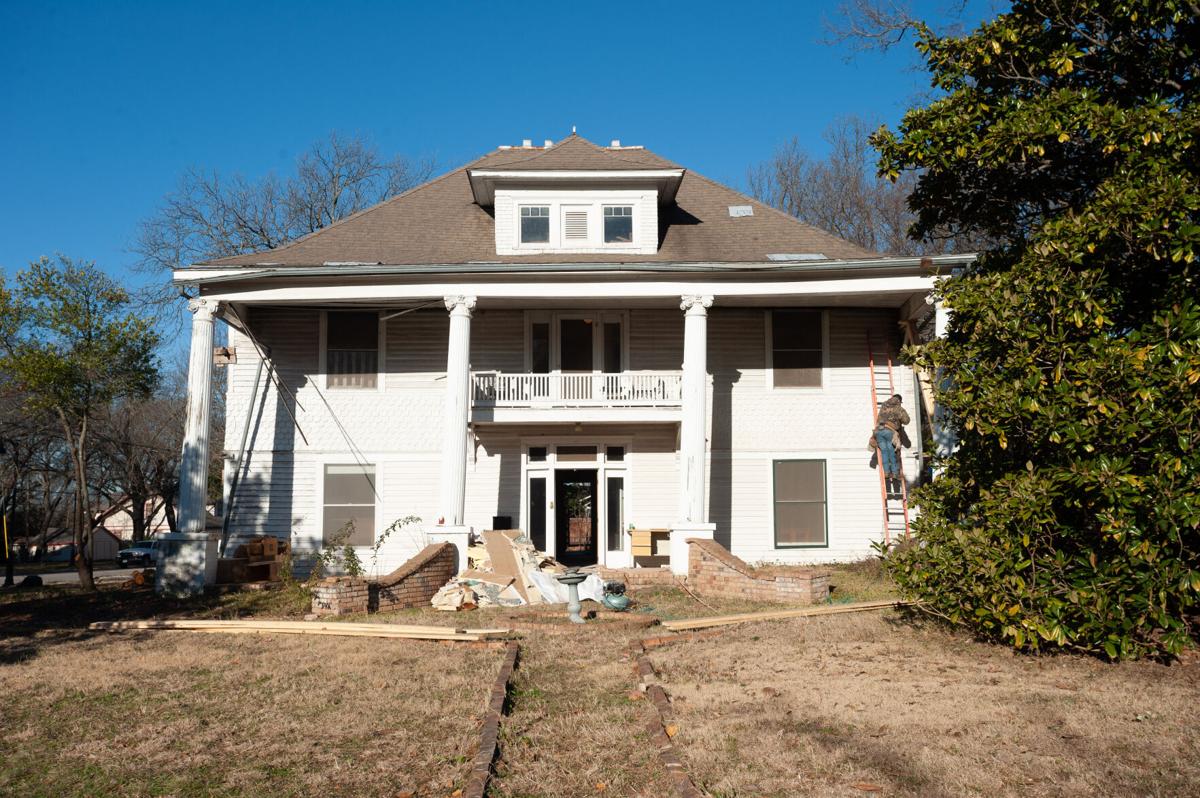 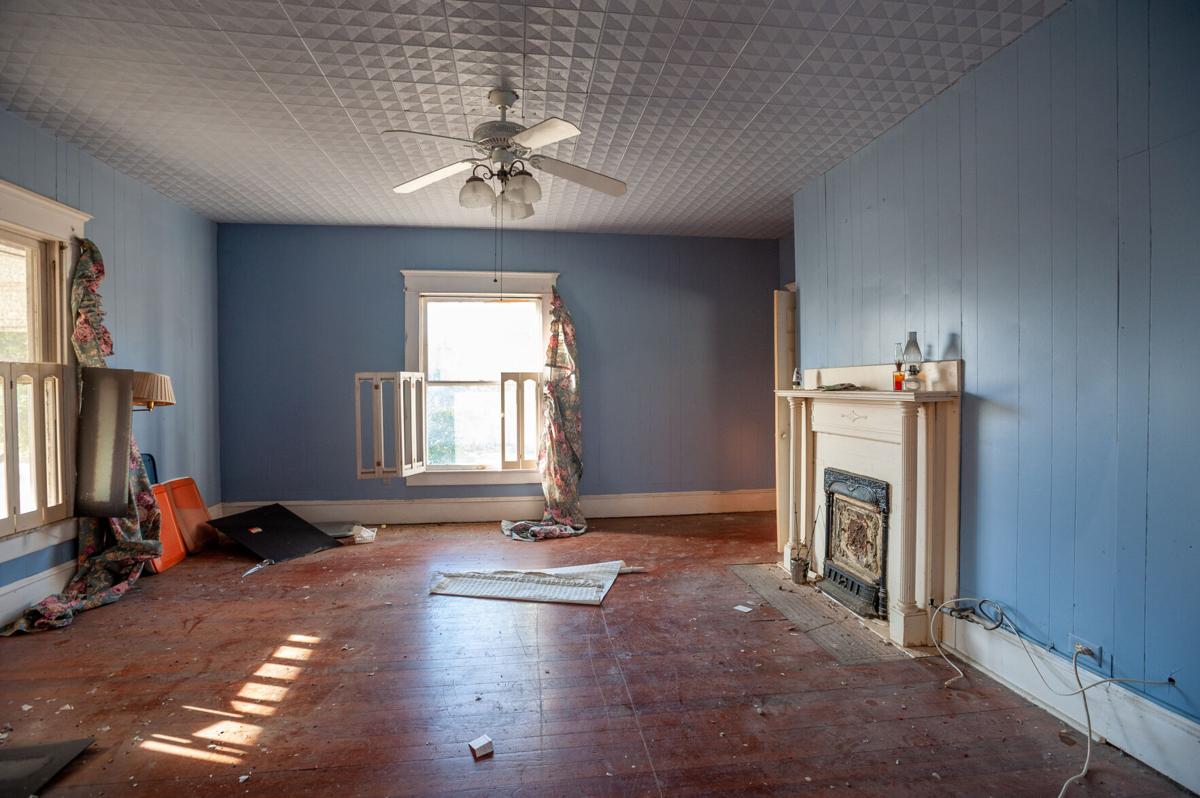 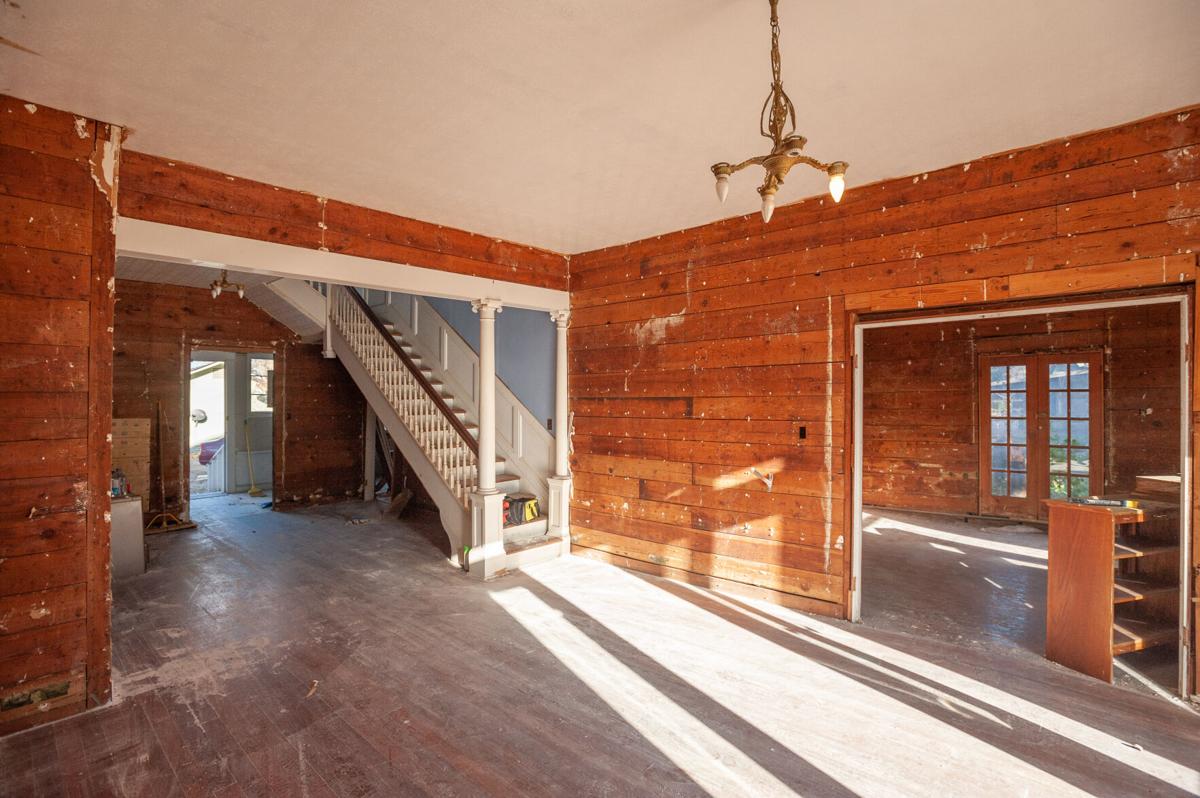 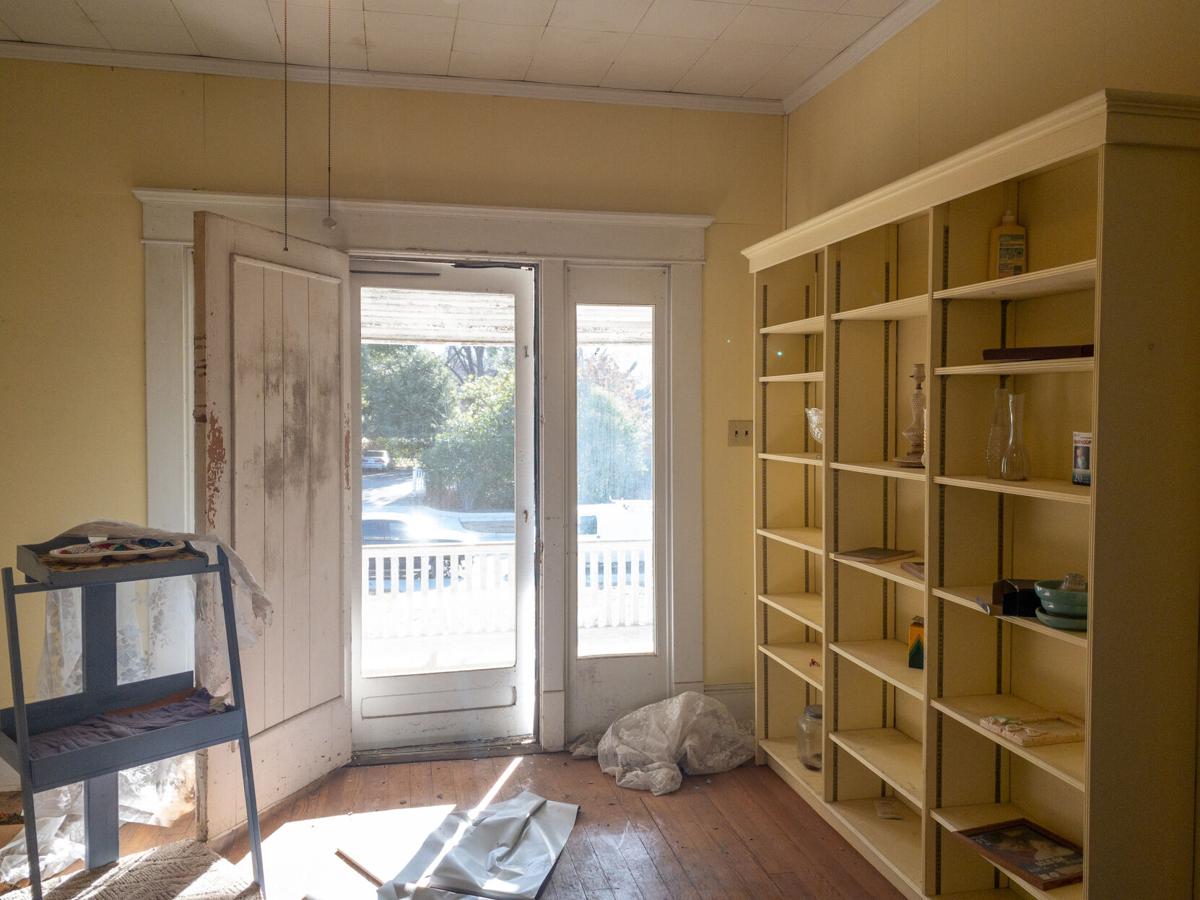 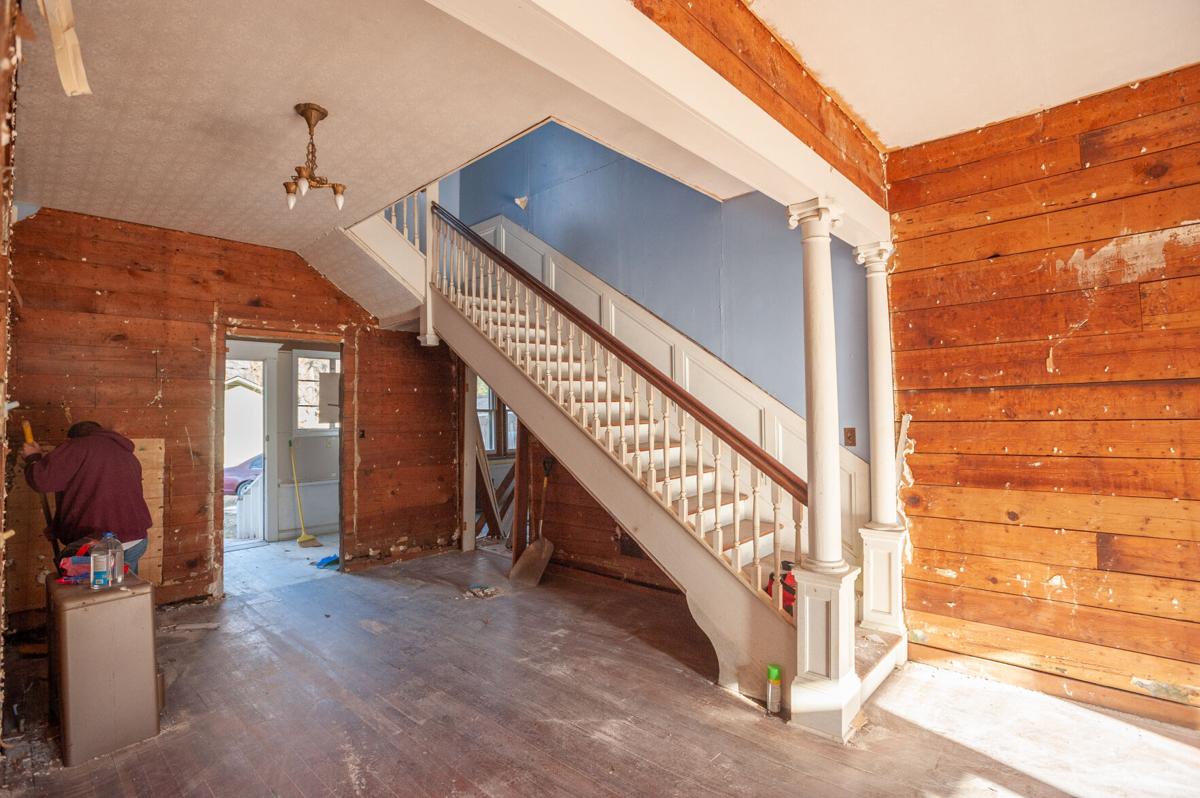 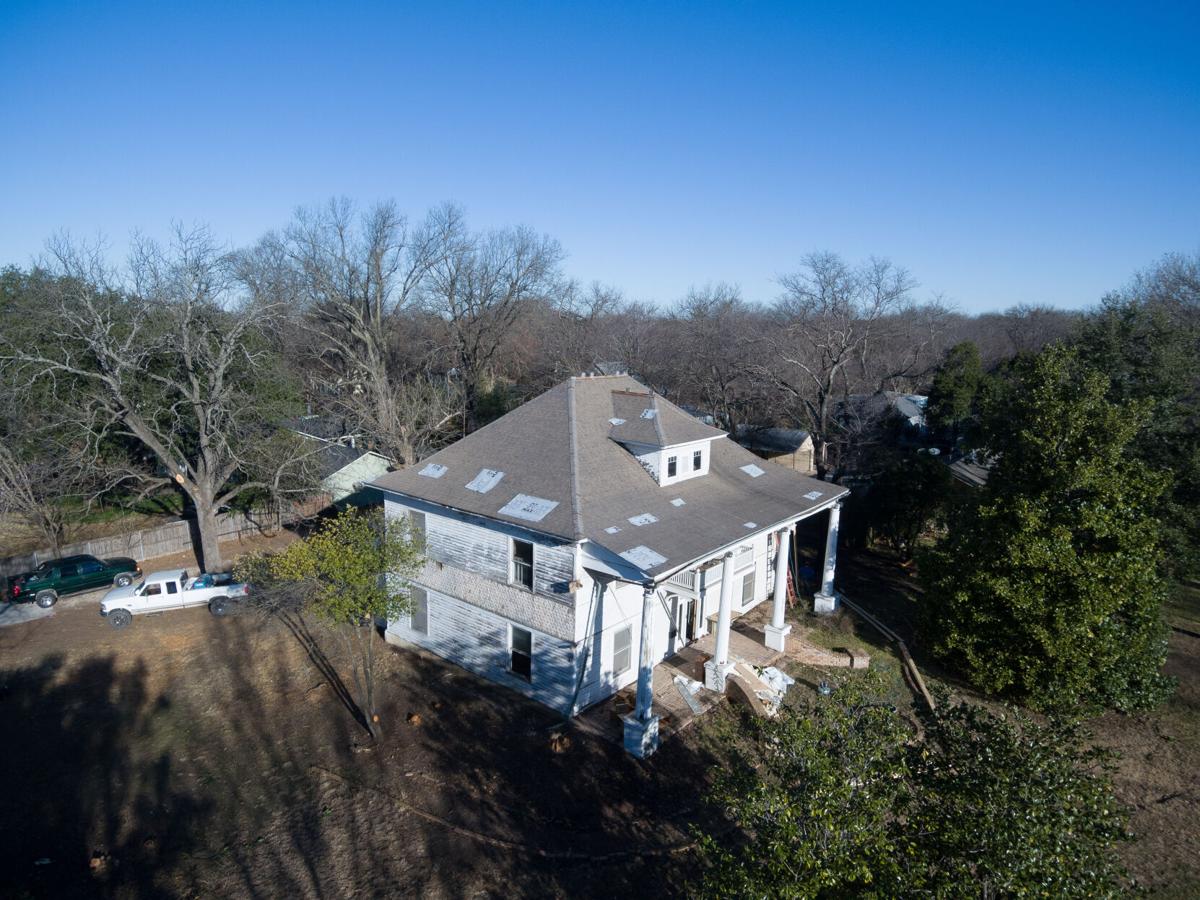 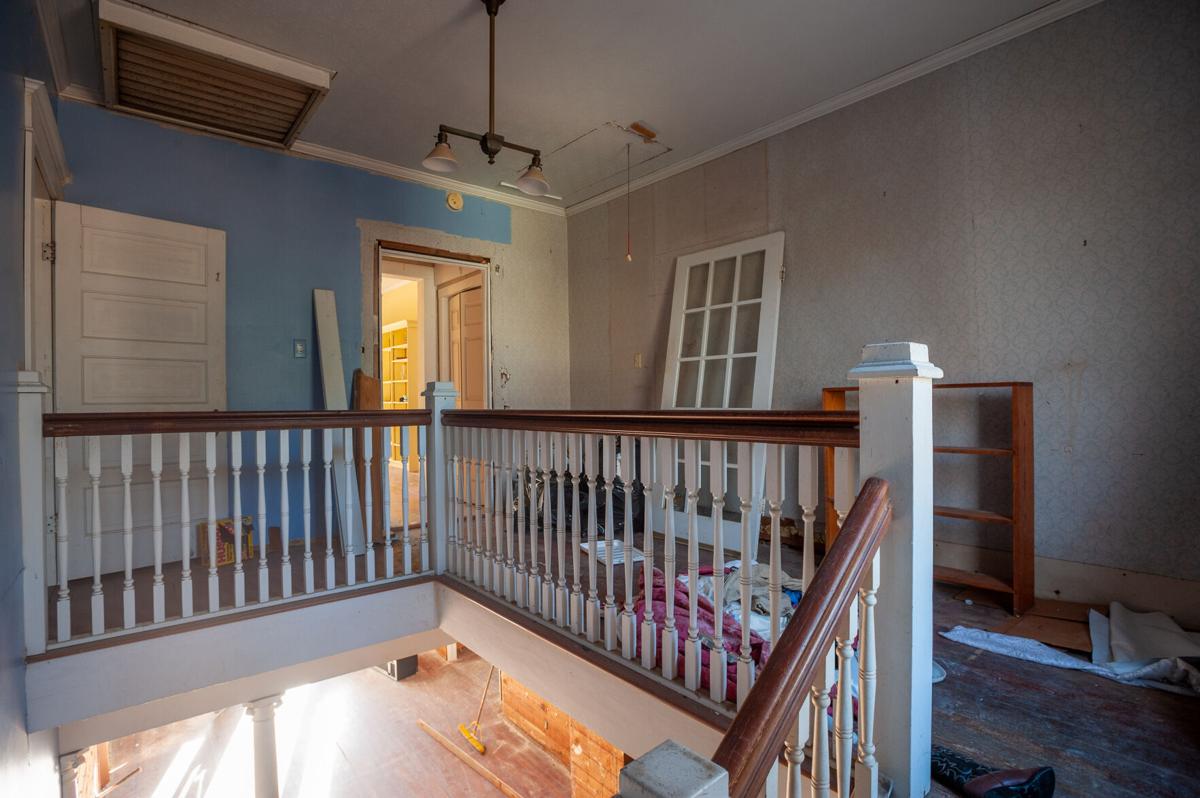 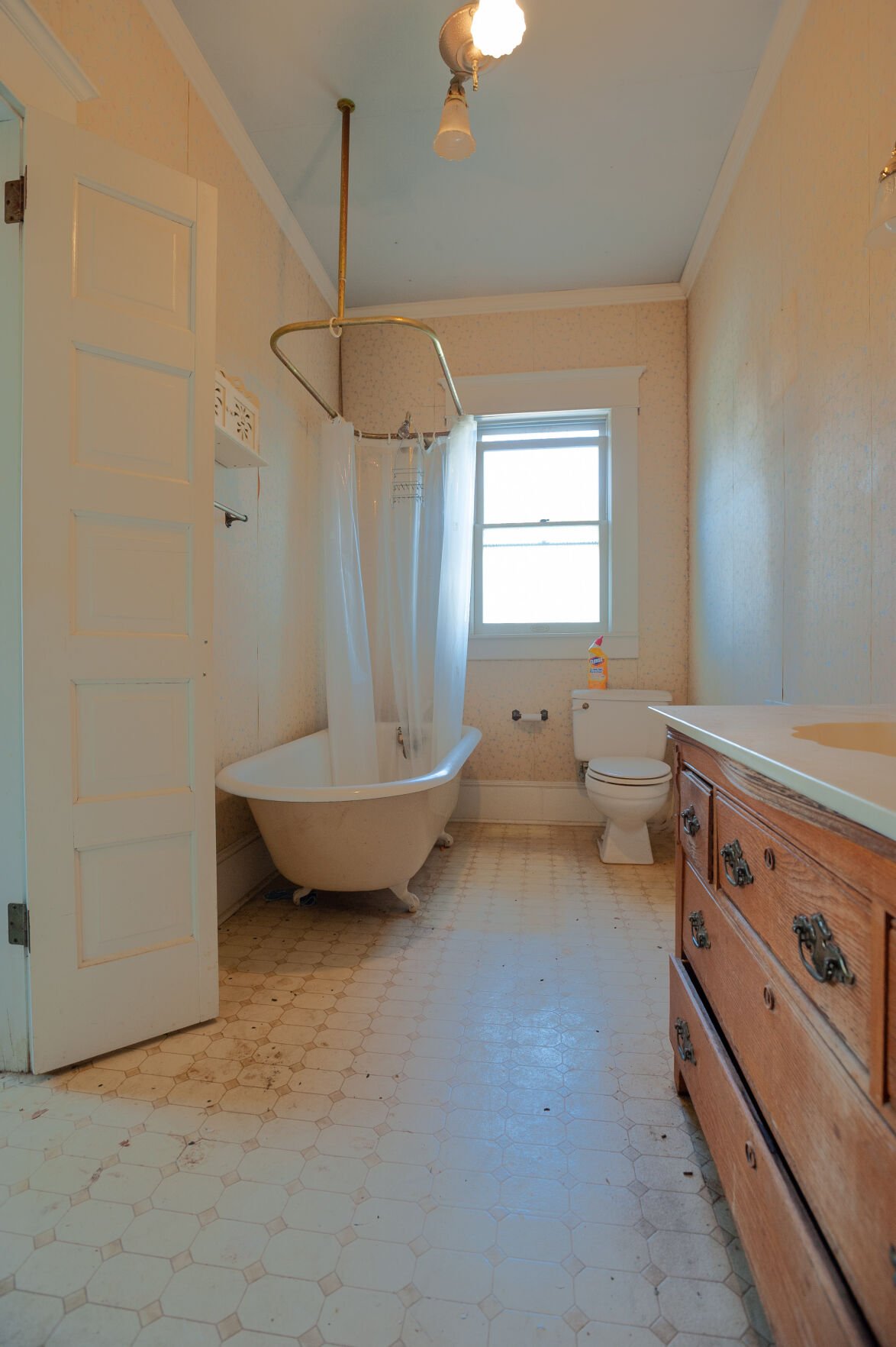 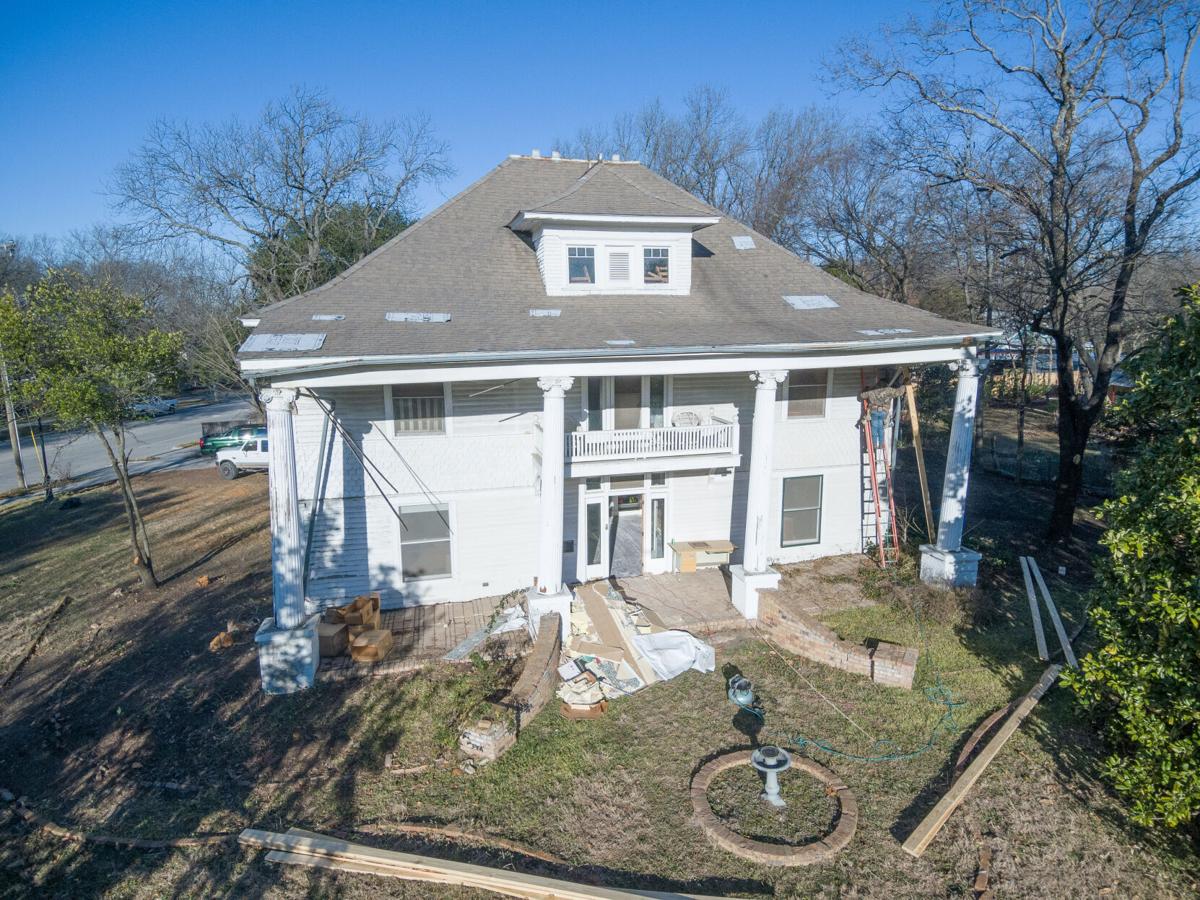 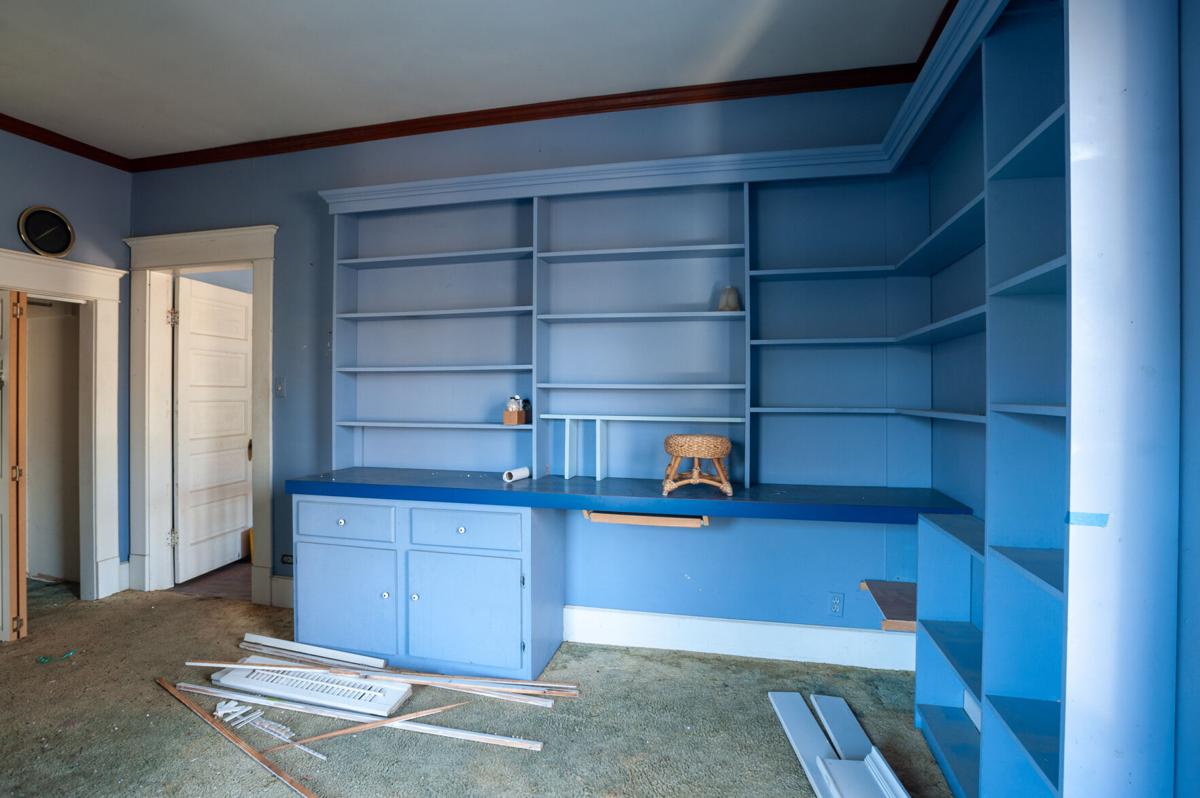 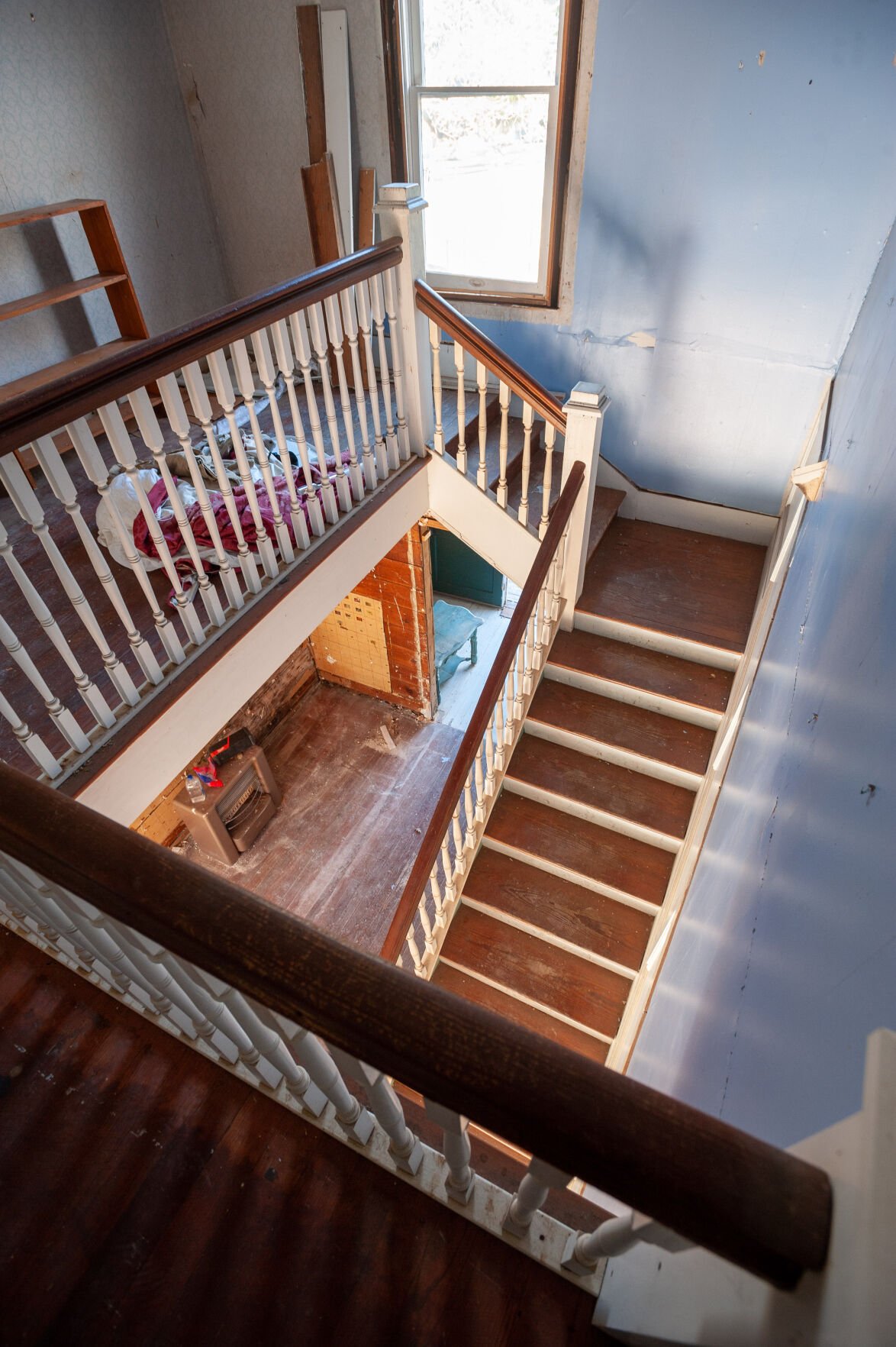 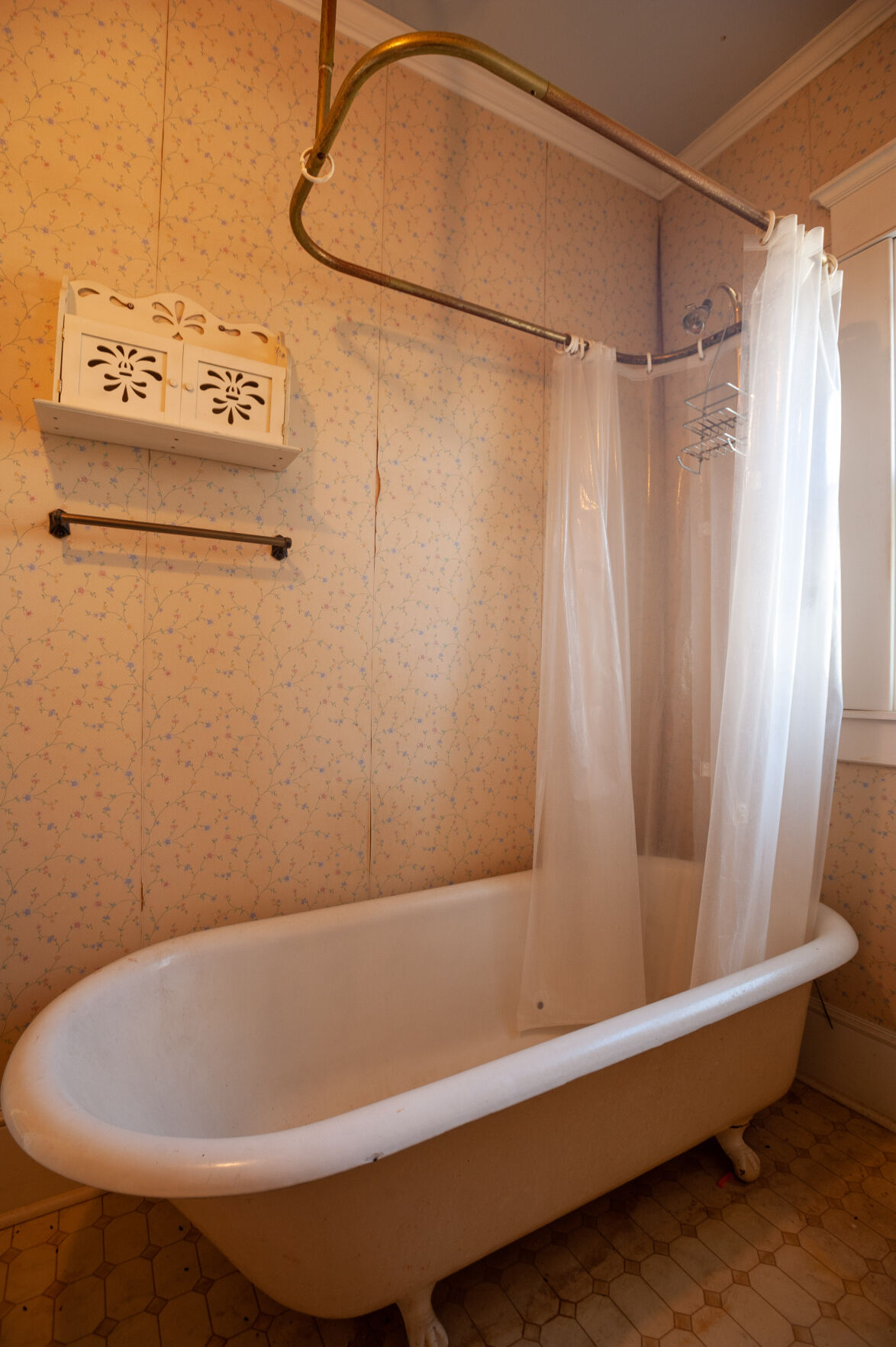 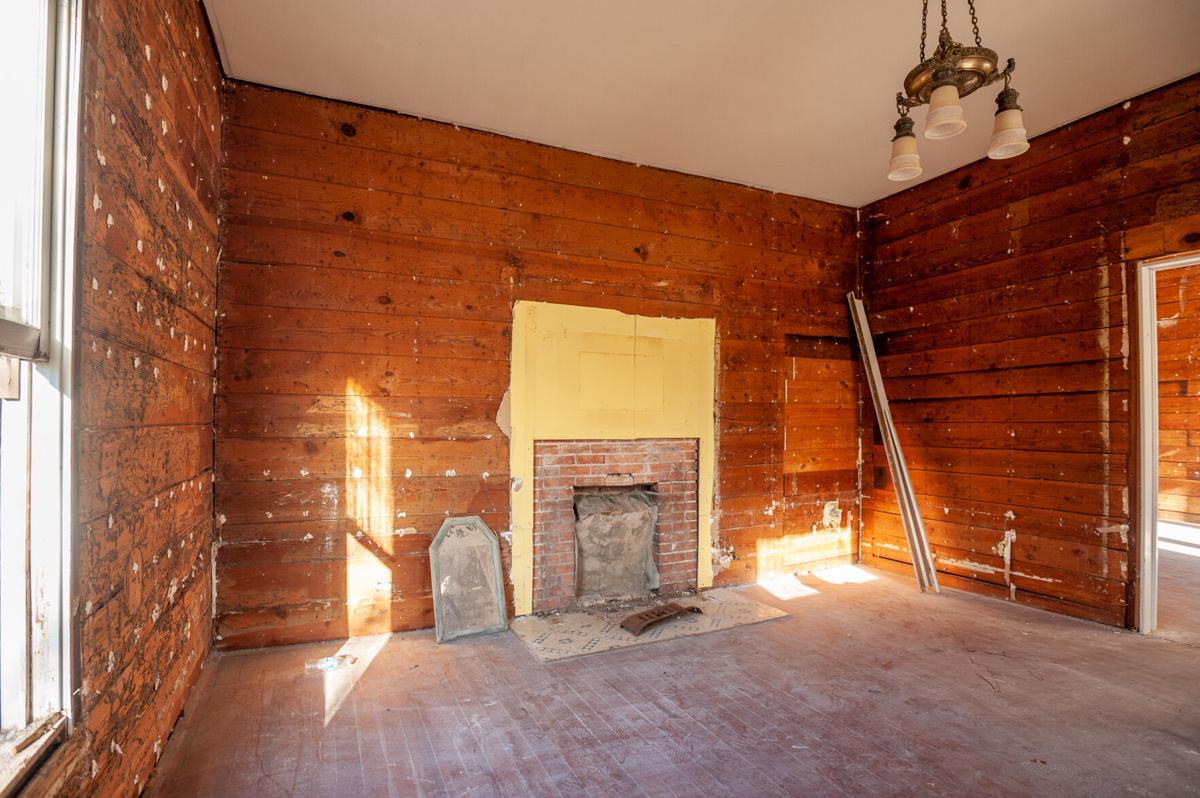 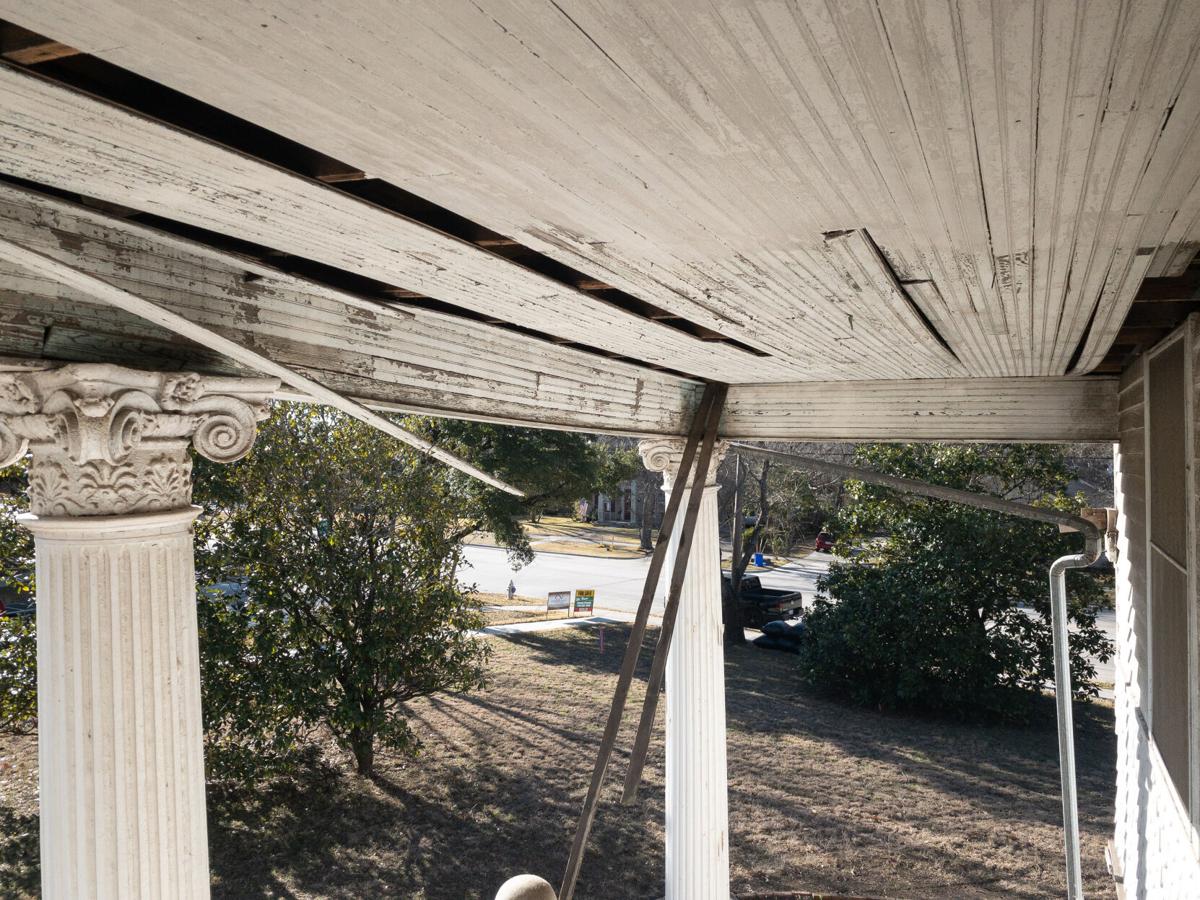 With each stroke of the brush, the home at 103 E. University Ave. is revealing its hidden beauty and historic past as it undergoes restoration. Undertaking the project to bring another piece of Waxahachie’s history back to life is resident Jimmy Poarch.

When the opportunity presented itself to purchase the home, Poarch could not pass it up. While the home has had a number of challenges, it wasn’t something he was afraid to tackle.

“I have done a lot of renovations in real estate, but this by far is the largest one that I have ever done to a house,” he said. “We really did not know what we were getting into. We completely gutted the home. I mean completely ripped out every area of plumbing, electrical, and every single thing that was in the house that was out of date. We took it all the way down to the studs.

“The house had settled into the ground so much that we had to lift the entire house well over 18 inches, at least in the low spots, some places were more,” he said. “We had to lift it to get it square again. With that being done, we had to install 56 foundation piers.”

When the house was lifted, the original four front columns, where were made of plaster and horsehair, disintegrated and couldn’t be salvaged. New composite columns and capitals that match the originals will be installed in their place.

The seller told Poarch the home was built in 1895; however, records from the Ellis County Museum show its construction was in 1906. The museum’s records show the home was built for a banker, William E. Hipp, and his wife Jennie. William left banking in 1909 for automobile sales after he secured ownership of a Buick dealership.

Due to the height of its porch, the house would have been considered colonial when it was built. Its architecture also combines elements from the Prairie and Queen Anne styles.

Poarch started the home’s restoration in January with the hopes of having it completed by June, but several surprises during the construction have pushed the timeline to December.

“The three brick fireplaces all collapsed when we lifted the house,” he said. “But we have carefully preserved the original bricks. We are going to reuse them for all the concrete fireplaces when we rebuilt them. There was a substantial amount of homemade plumbing throughout the home as it had been converted. One of the things I learned is that somewhere over 50 years ago it was a four-unit apartment.”

Poarch said several layers of carpet, linoleum, and tile were removed throughout the home to reveal the original hardwood floors, which are being restored to their original condition.

When the restoration is complete, the home will comprise 4,000 square feet over two floors and an attic. It is undecided if the attic space, which has 12- to 14-foot ceilings will be finished out.

The house will have three bedrooms, three bathrooms, a library that connects to a Juliet balcony, a formal office, kitchen, living, and dining rooms. A landscape plan is being developed as well. There will be a double-sided fireplace between the kitchen and the dining room. The home will feature all modern amenities such as upgraded appliances, heating and air-conditioning, and foam insulation throughout while keeping true to the historic look and feel, Poarch said.

“It is a joy to be able to take a home that has fallen into disrepair, bring it back to its original glory, and make it shine,” he said. “Just to bring back what makes Waxahachie, Waxahachie, and that is its uniqueness and its preservation of history. I feel like it is a gift back to the city to give back in a way. I am not scared about the challenge. I am excited about the challenge.”

Jimmy, this is a fascinating story regarding the house restoration and the original owner of the house. Mr. Hipp. As an aside, Mr. Hipp's first wife died and he remarried a great aunt of mine, Rena Martin Hipp. They settled and lived on East Marvin until her death in the 1970's. The home on East Marvin was then purchased and restored by the Kaufmans.