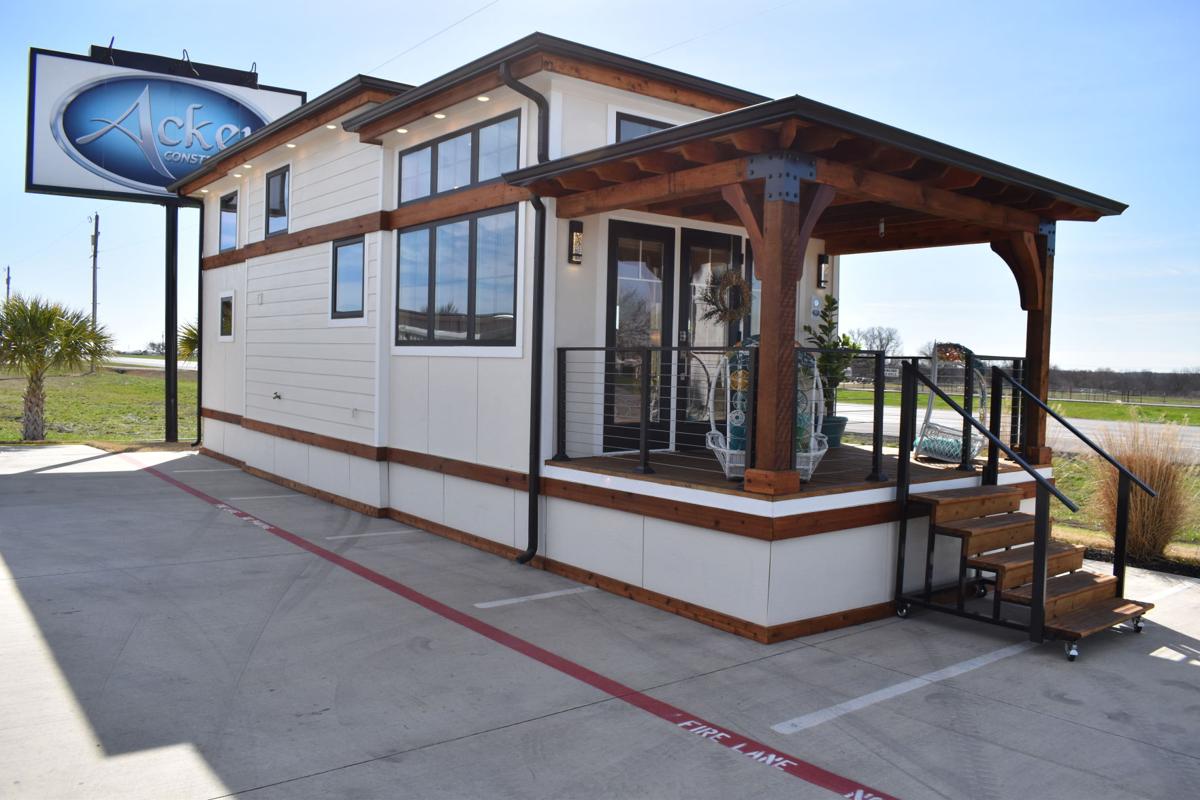 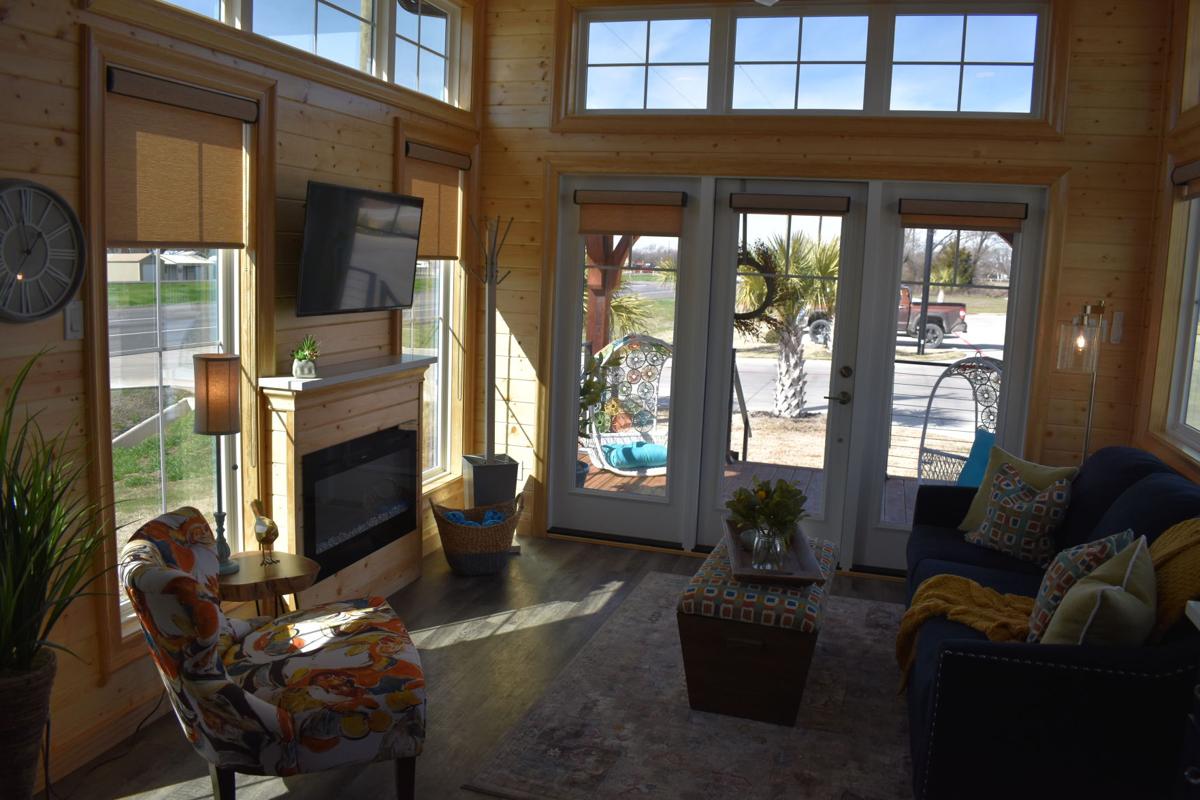 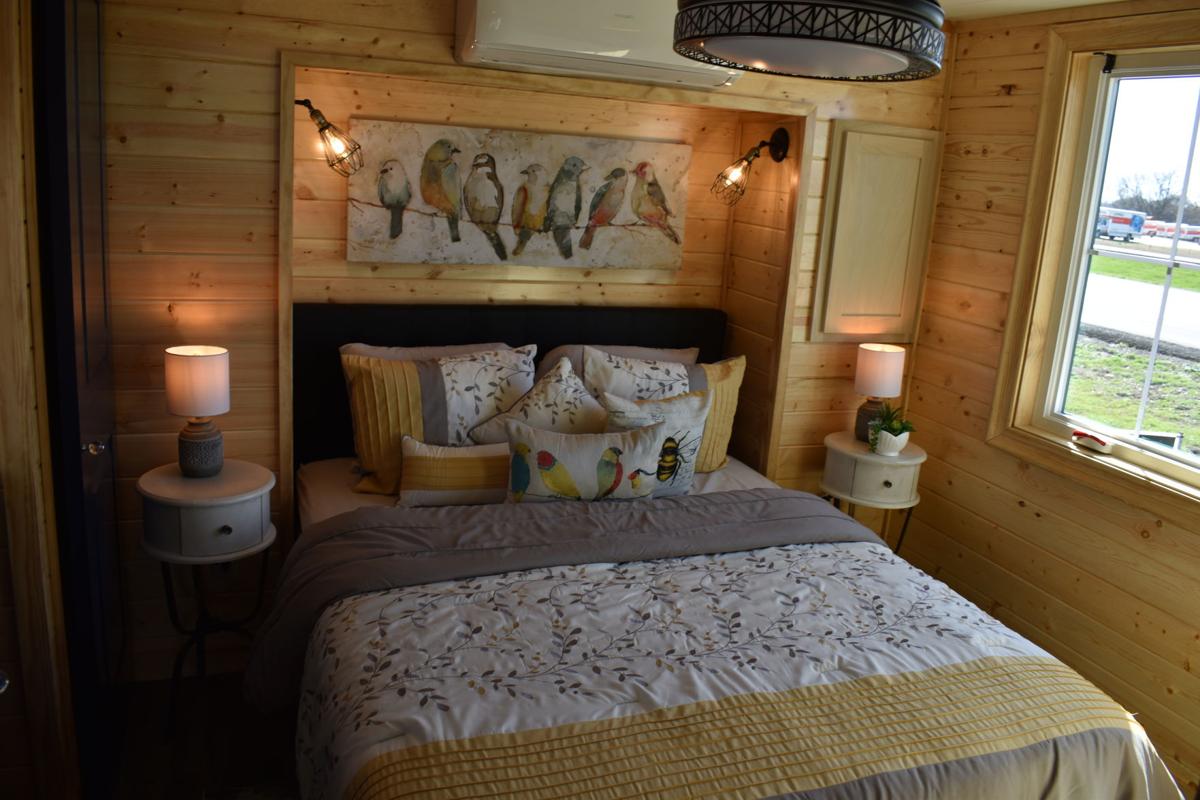 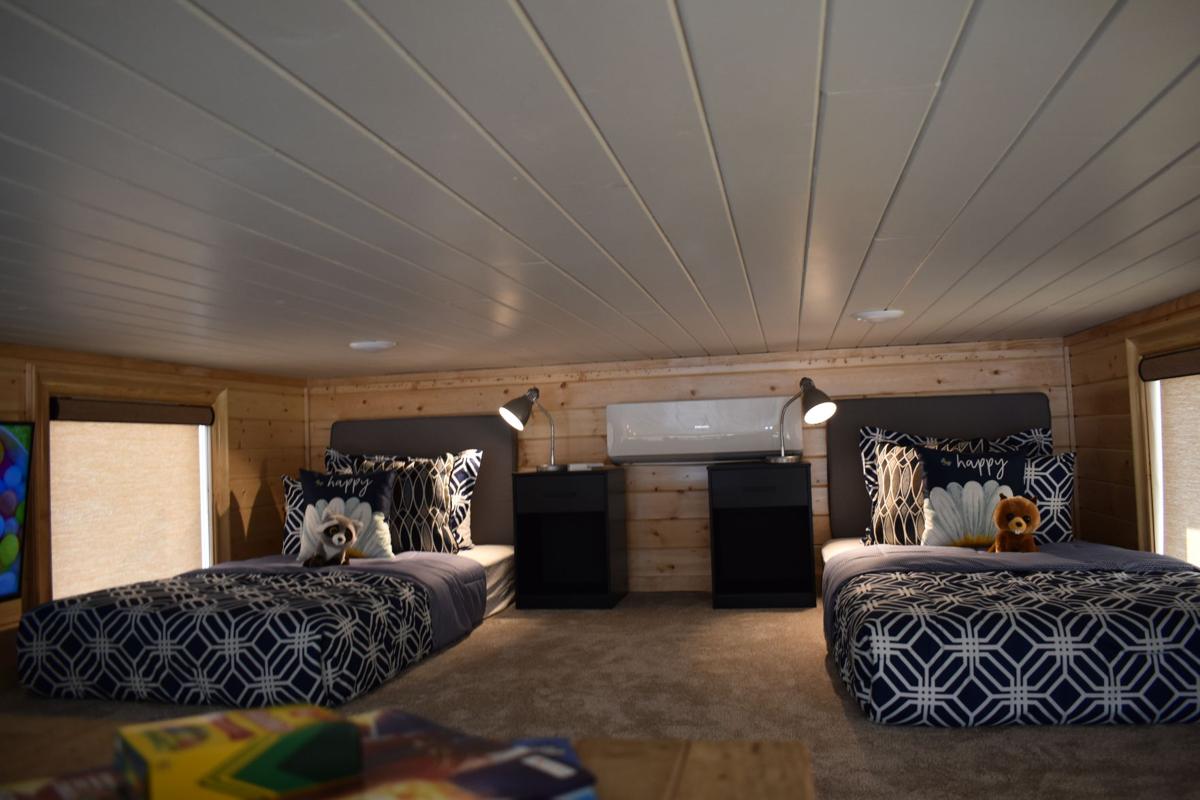 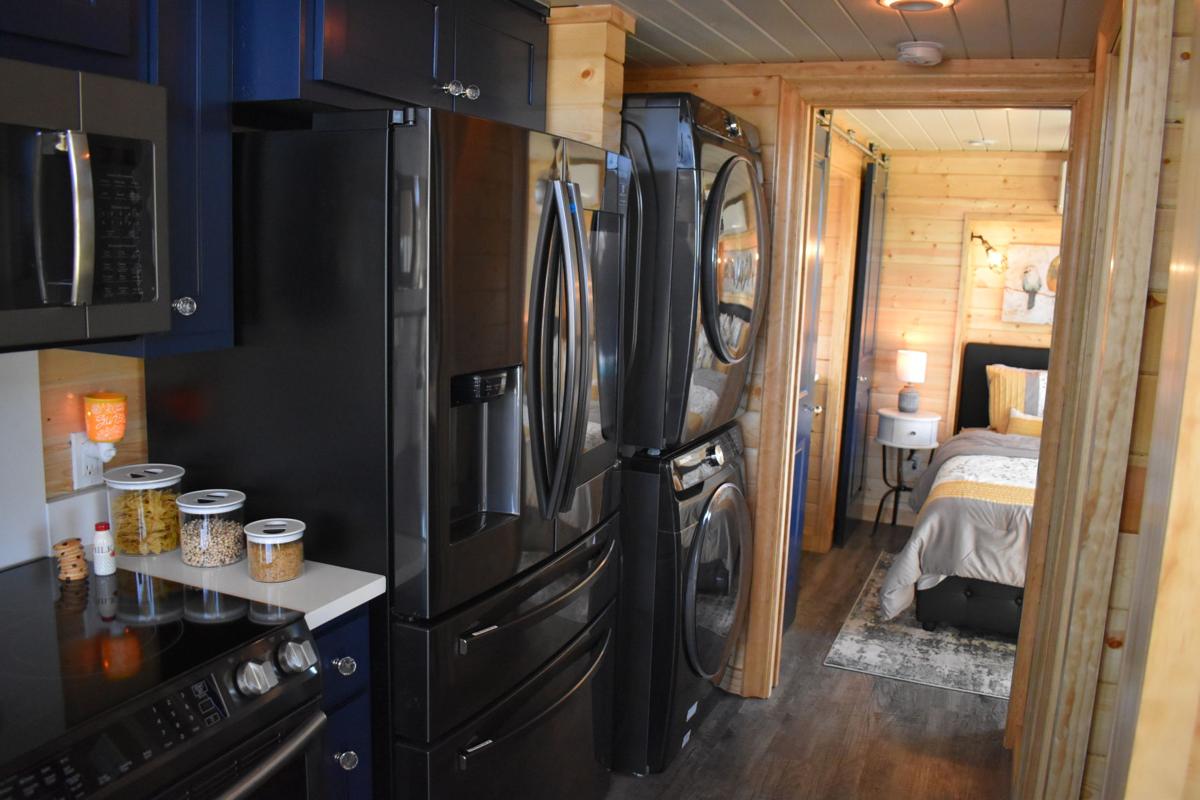 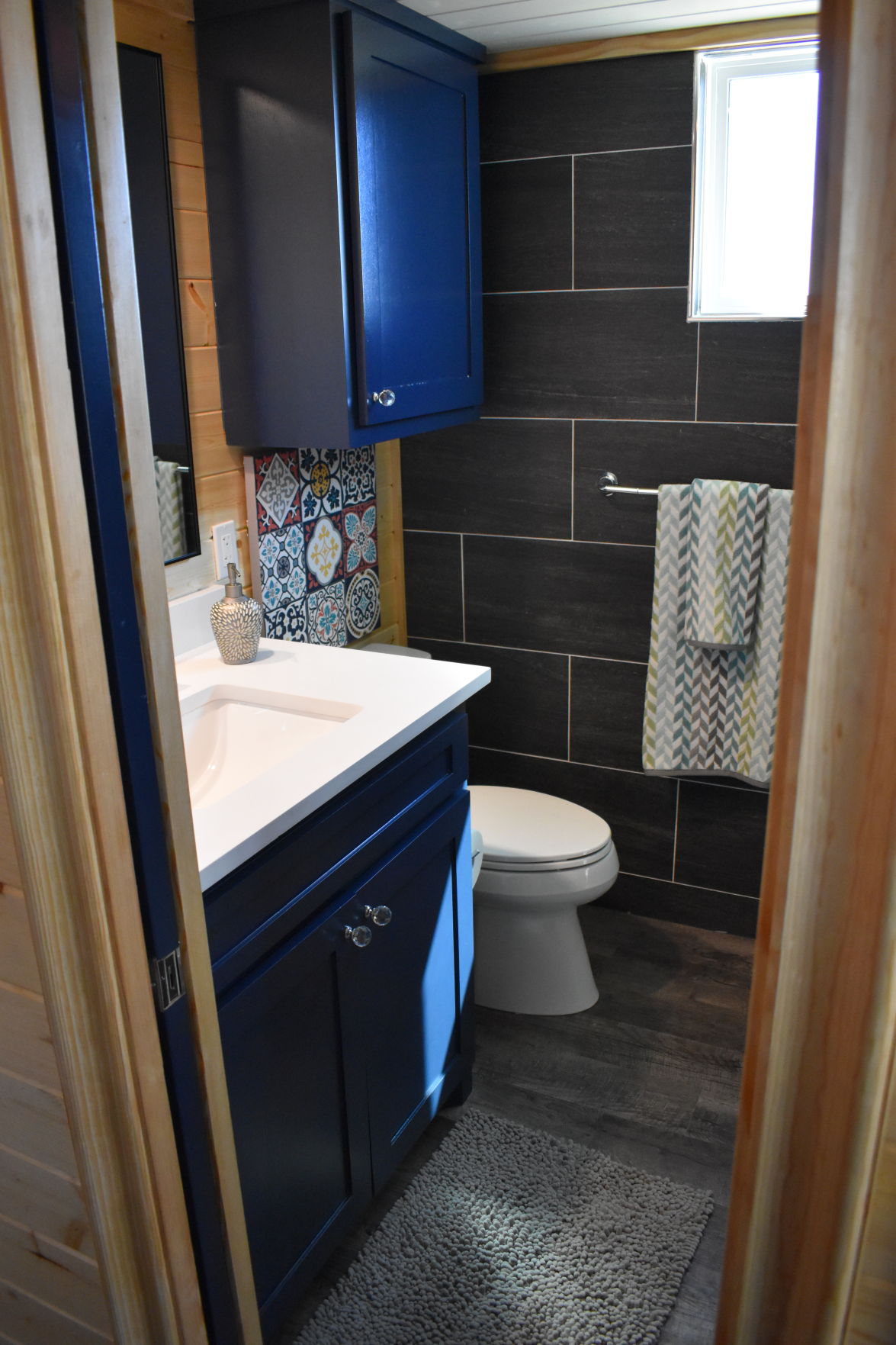 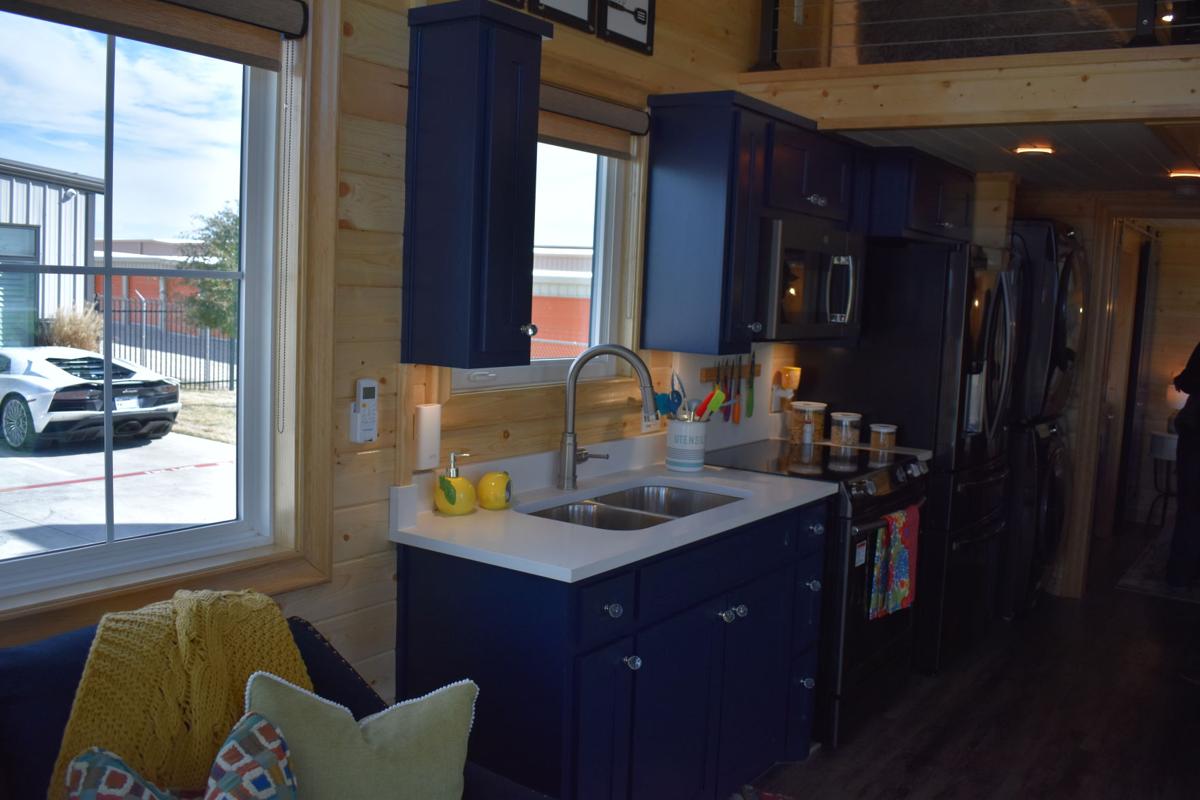 After Mother Nature dropped 53 days of rain in the first six months of 2019, local builder Chris Acker took a look at his business plan to keep his crews running.

So, with an idea in mind, Acker did some drawings, bought some steel and built his first tiny home – which sold to a cash buyer before it was even painted. He then looked into how to secure financing for home buyers with the new product he was producing.

“We reached out to the Recreational Vehicle Industry Association,” he said in a recent interview with the Sun. “They are a government-regulated agency that does inspections. The tiny home is issued a VIN number, like a travel trailer or a car. They do inspections and they are unannounced inspections. Every four to six weeks they come.

“Other than that, they give you your seal and you have a manufacturing license,” he said. “What that does is it allows a bank to finance and lend money on [the tiny homes]. We will be listed on the National Automobile Dealers Association as soon as we get another sale.”

There’s enough of a demand and market that he’s expanding his facility by 10,000 square feet, which will allow six homes to be worked on at a time as opposed to a current capacity of two. He’s also hopeful that, within a year, he’ll have the build time for a single home down to a week as opposed to the current 90 days.

Each home has 399 square feet of living area that features a 230 square foot loft and an 8-foot covered porch. The living, kitchen and dining areas have a 10-foot ceiling, with a 7-foot ceiling in the bathroom and master bedroom. Other features include 42-inch custom cabinets in the kitchen, glass top electric range, full-size stackable washer and dryer, electric LED fireplace and LED recessed lighting. The homes come with a two-year limited warranty and can be delivered and set up within a 50-mile area.

“We use vinyl plank flooring,” Acker said. “We use Elevate, which is the brand of the window; they are casements and they all crank out. Instead of sliding up, they have cranks on them and they are very energy efficient.

“We have a 23-SEER heat pump that is three zones,” he said. “The SEER rating is a seasonal efficient energy ratio. The higher the number the more effective the heating and cooling. Our houses have a 14-seer rating. This gives a monthly electric bill of about $30.”

Each home has connections for water, sewer and electricity. Once brought to a site, it is placed on foundation piers, the wheels are removed and the steel frame is skirted. In later models, Acker hopes to have solar panels and lithium-ion batters as options for homebuyers.

Owners don’t pay property tax but are issued some type of license with the owner having to pay an annual renewal. Unlike an RV or a travel trailer, though, if a person wants to move a tiny home from one location to another, a permit has to be obtained. Buyers do need to check with their local zoning ordinances relating to tiny homes and whether one can be used within the municipality where they reside. The cost of the homes is $109,000.

The tiny homes produced by Acker Construction use the same materials and fixtures as any other building or home the company makes – and each receives the same attention to detail those other projects receive, Acker said. The only similarity the tiny homes share with a mobile home is their I-beam frame, he said.

For information about the tiny homes or to tour one, contact Acker’s president of sales, Ruth Alvarez, at 469-383-5939. Additional information can be found online at www.ackerbuilt.com. Acker Construction is located at 3751 S. U.S. Highway 287 in Waxahachie.