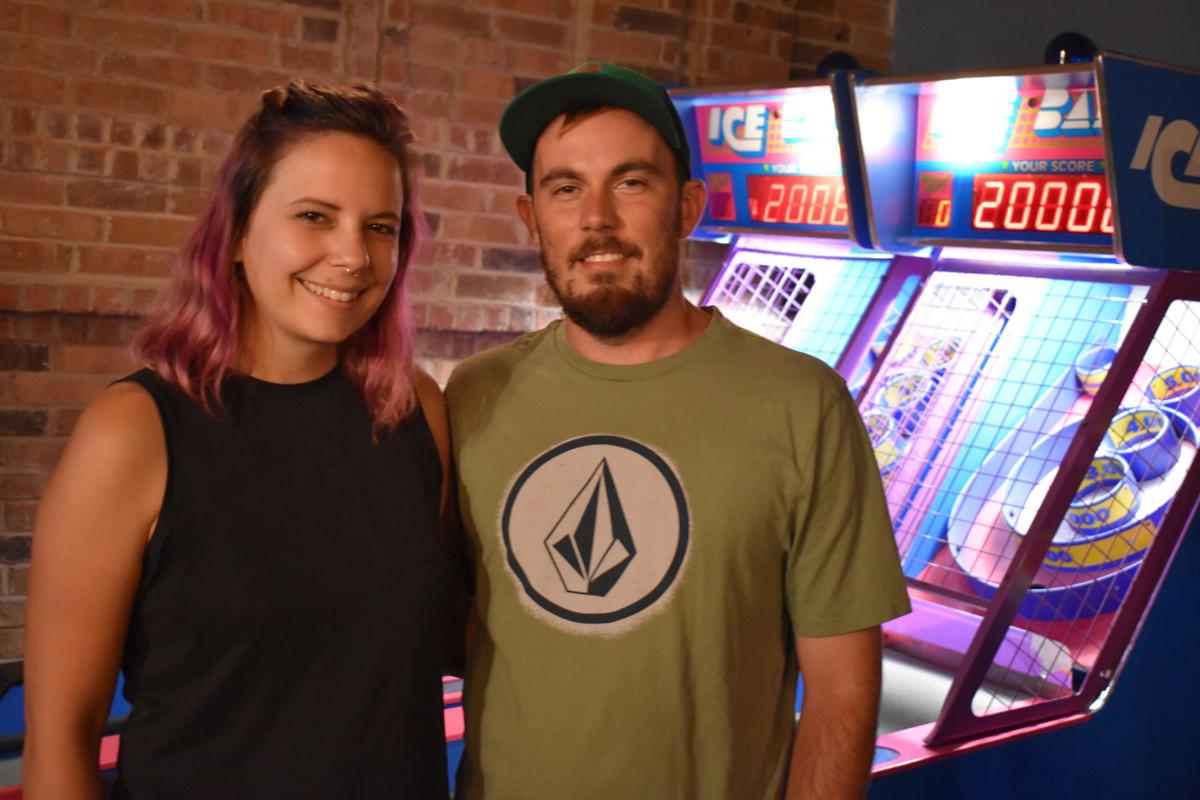 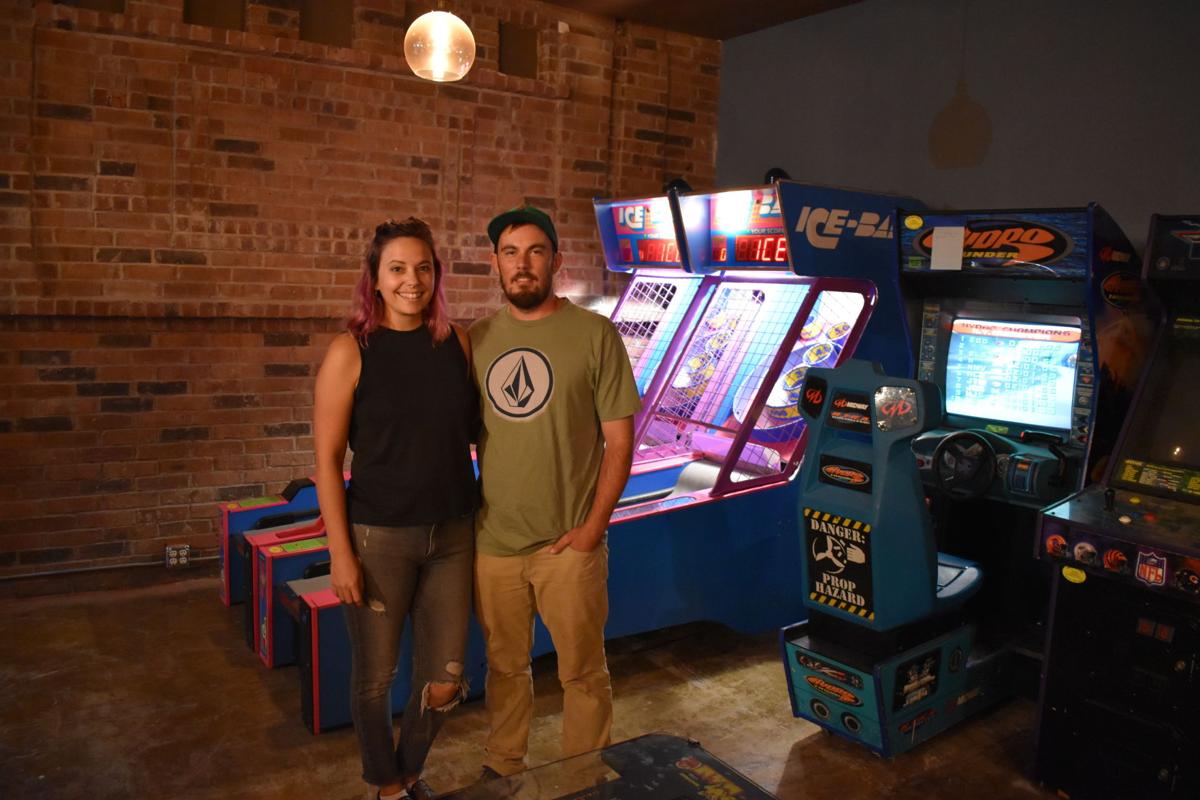 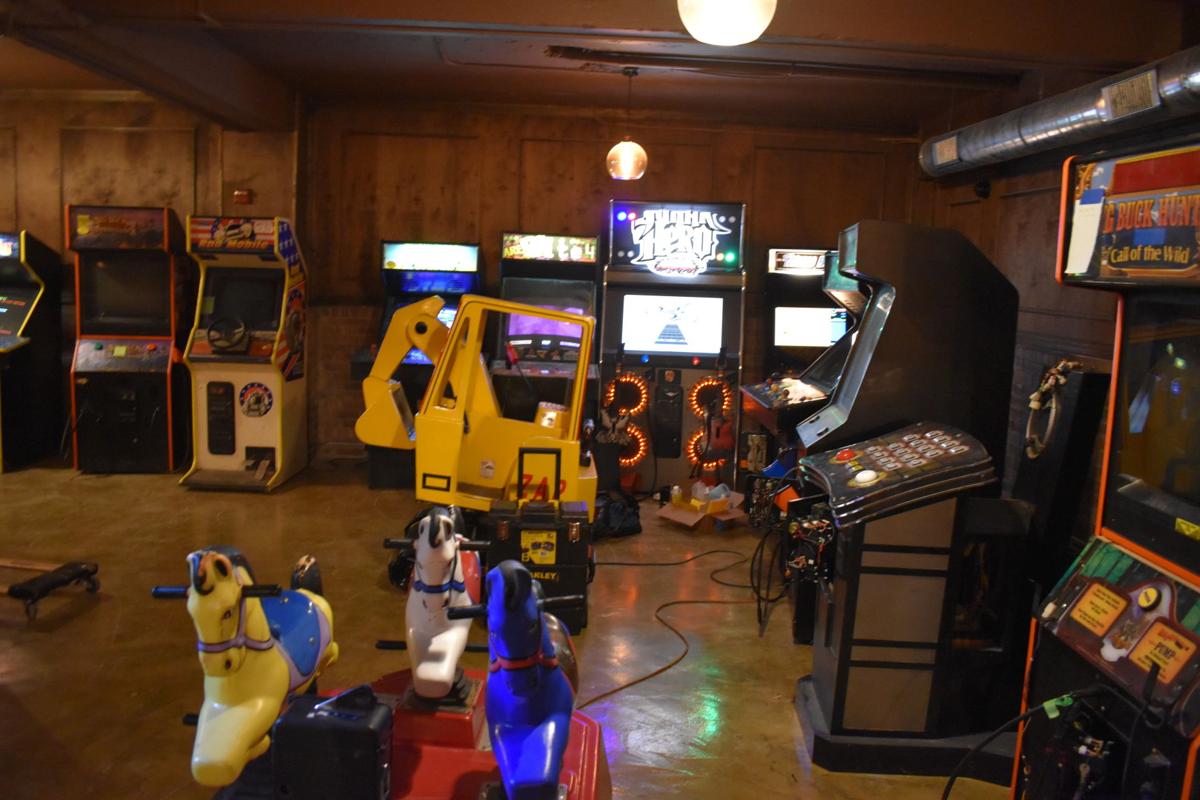 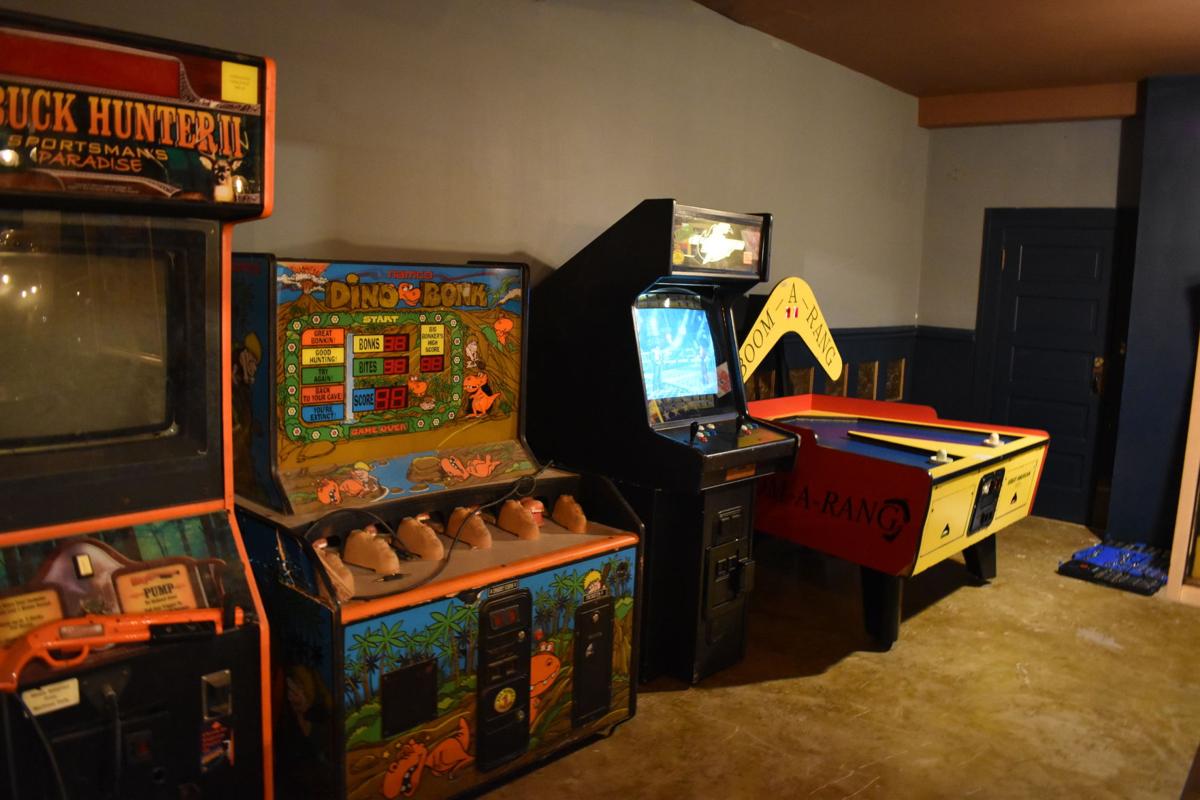 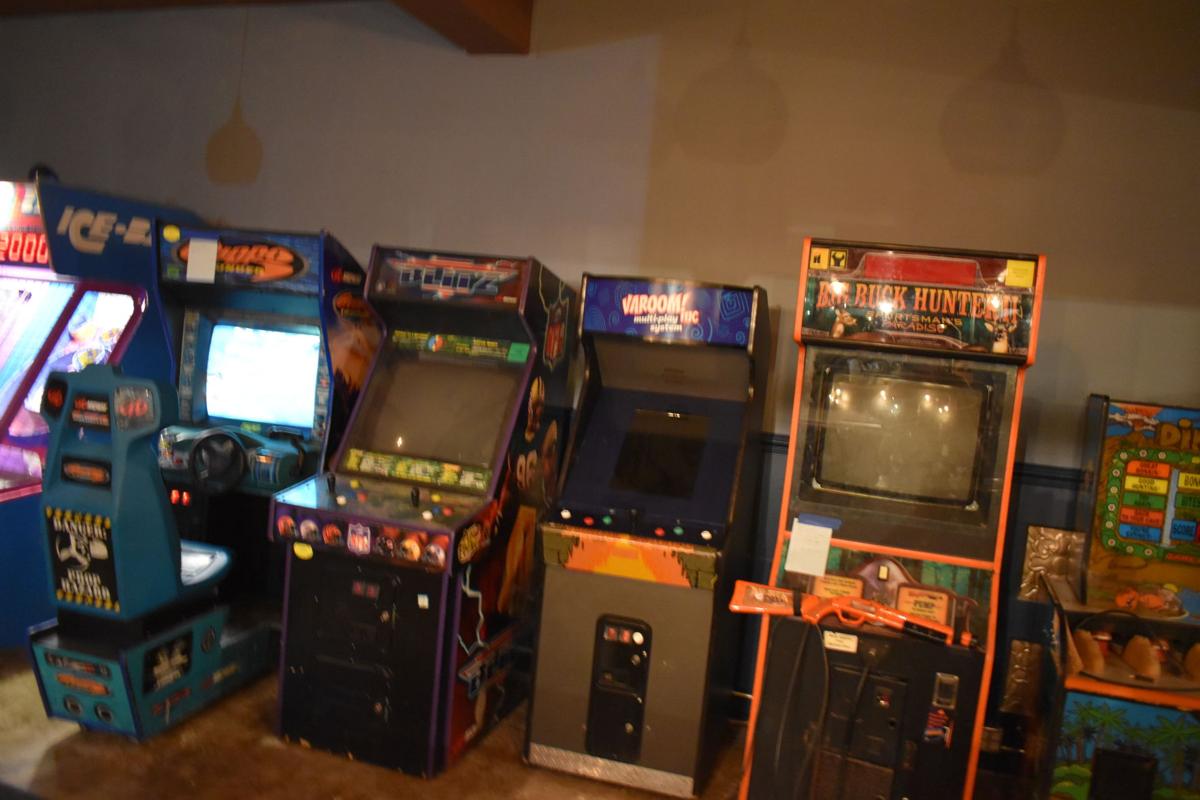 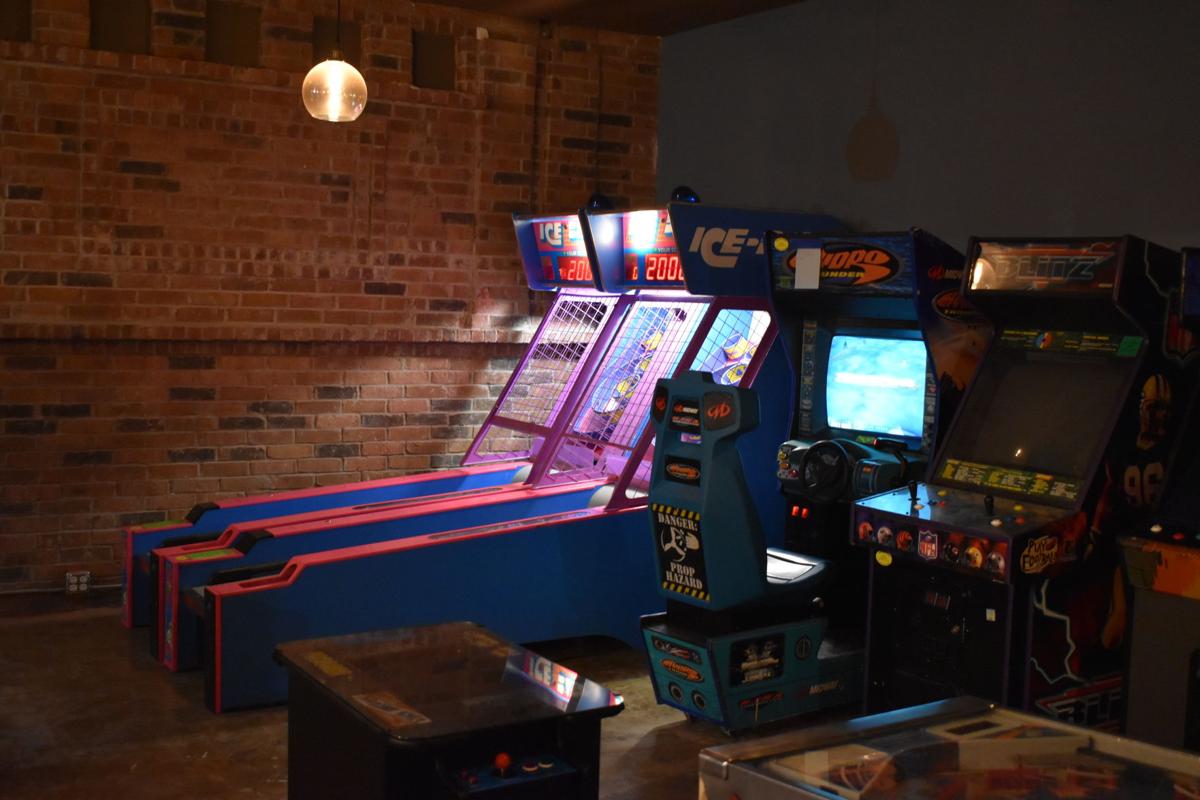 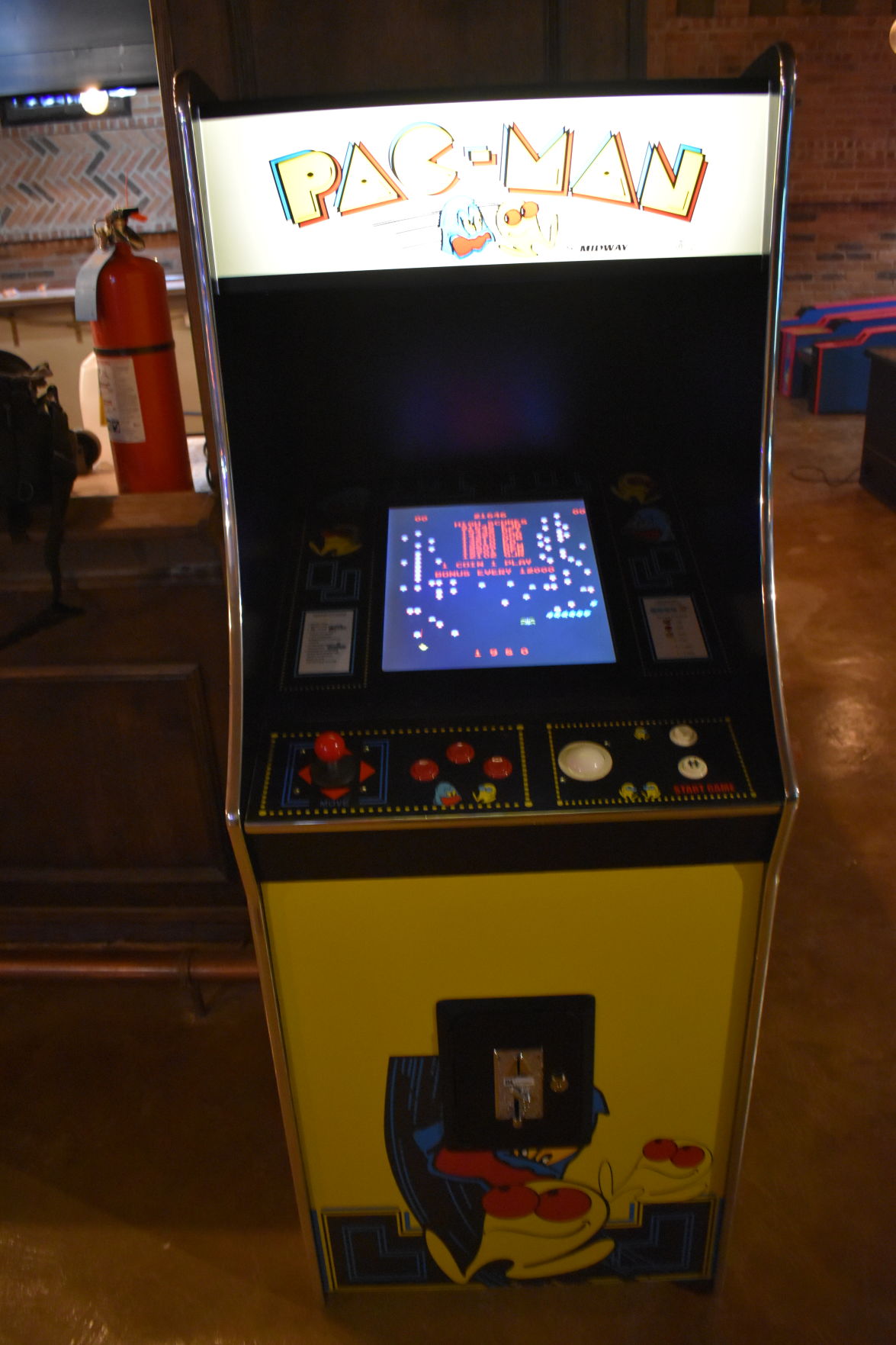 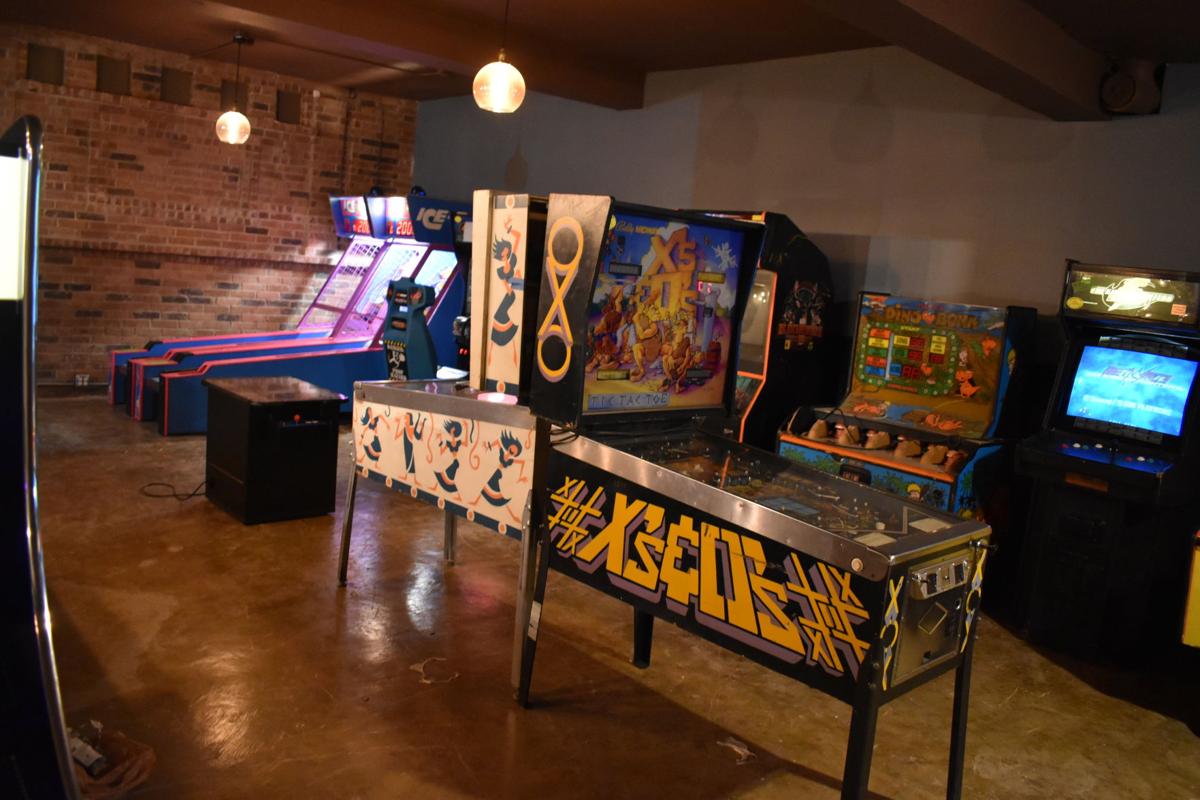 The sights and sounds of quests being fulfilled and people vanishing their foes will soon fill the basement of the Rogers Hotel in downtown Waxahachie. The basement will be the new home to The Arcade, which will open its doors Saturday, Oct. 12.

The Arcade owners, Sam and Alyssa Westlake, said the plan to open up a business has been in the works for the past 18 months. With everything coming together, they’re excited to share this with the community.

“We have known that we wanted to start an arcade in Waxahachie,” Sam said. “Halfway through the process, we decided that downtown was where we wanted to open the arcade. We wanted to be central and bring something fun and exciting.

“We just love the growth that is going on here and wanted to be a part of that,” he said. “We looked at two other locations here in downtown and we were having trouble finding a spot. Then the Moreno-Lake Property Management Company showed us this spot here in the basement of the Rogers Hotel. They had other plans that fell through and it opened up. I was like, ‘Wow, this is perfect.’ ”

The idea for the business came after spending a night out with friends.

“My friends and I had visited an arcade in Dallas that had nostalgic games and the old school games,” Sam said. “We had so much fun that we were there ’til closing and didn’t realize that we had been there for four hours.

“The whole way home I thought that we could do this here in Waxahachie,” he said. “We need this in Waxahachie. That was kind of the spark.”

Alyssa shares her husband’s feelings about bringing their vision to downtown – and how it can enhance everything that is taking place. She shared that the doors have not even opened and people are already wanting to play games.

“We have had a couple of people already come by and say, ‘Hey, you’re the one starting the arcade,’ because they have seen our video on Facebook,” Alyssa said. “That has kind of been humbling and encouraging to us because the word is getting around.”

The Arcade is set up as a free play arcade where guests pay a $12.95 admission that gives them access to all of the games and the ability to play all day instead of having to pay per use with quarters.

The basement features more than 40 games, with titles ranging from the classics like Pac-Man, and Frogger to newer ones like NFL Blitz and Guitar Hero. There are also pinball machines, Skee-Ball and air hockey tables. Along with the arcade machines, there will be a gaming lounge with console gaming systems that will host gaming tournaments. Concessions will be available on-site.

“I grew up playing video games with my siblings to pass the time when we were at home,” Alyssa said. “At a young age, I played Super Mario World and some Sonic. When I got older, I played Guitar Hero. It is something that I have always enjoyed doing.”

The Arcade will have a monthly membership available. These memberships include access to The Arcade whenever it is open, 12 concession tickets, a monthly guest pass, special updates on new inventory and games, limited edition stickers and an exclusive member T-shirt. Month memberships are normally priced at $50 but, during the arcade’s first month of operation, will be offered for $34.95. Special rates are available for families and events like birthday parties.

“We love finding games and collecting them,” Sam said. “It is a lot of fun discovering them. We want to have turnover. We want to have new games to come in. We also want to provide people the chance if they find a vintage game (in the arcade) to purchase it.”

The Arcade will sell video game cabinets as well.

“That kind of bridges the gap with the antique shops with people that are on the hunt for something unique here,” Alyssa said. “We are not just a place for kids to hang out. We are also a cool place where you can come and see what games we have.”

The Westlakes expressed their appreciation to family and friends for the continued support – and said they’re proud to be a part of the Rogers Hotel and downtown, and look forward to serving the community.

“We want to meet people in all walks of life from kids to adults,” Sam said. “We want those people to enjoy the old school cocktail (game) tables to beat the high score on Galaga and to enjoy the classics. Those people that are not big into gaming are able to come to play Skee-Ball or Guitar Hero. We want to meet everyone, whether they are long-time gamers or new to the fad.”

Alyssa adds that they want The Arcade to become a place to make friends, memories and bring the community together.

The Arcade is located in the basement of the Rogers Hotel, 100 N. College St. in downtown Waxahachie. The business will be open from noon-11 p.m. Thursday-Saturdays and from noon-7 p.m. Sundays.