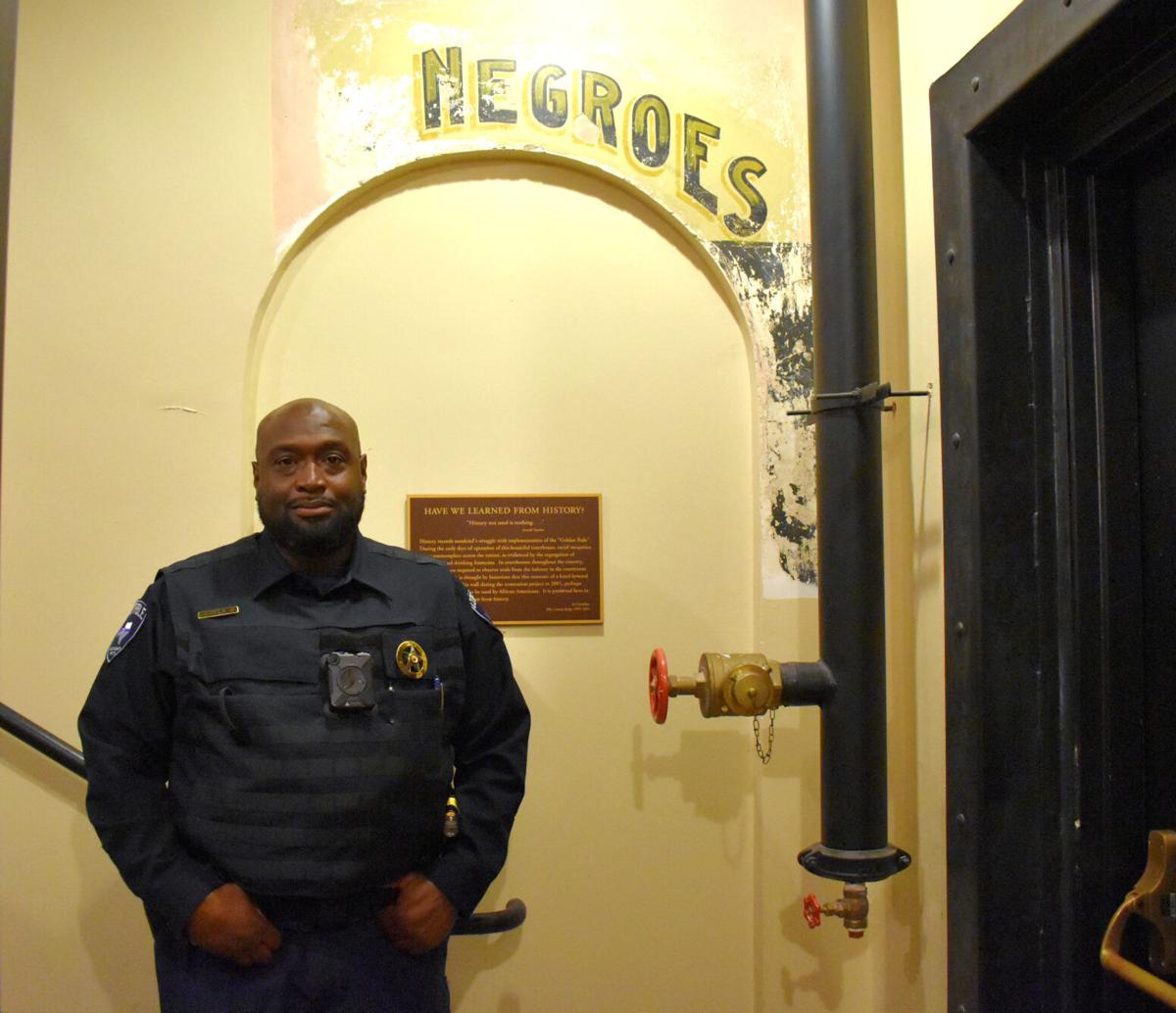 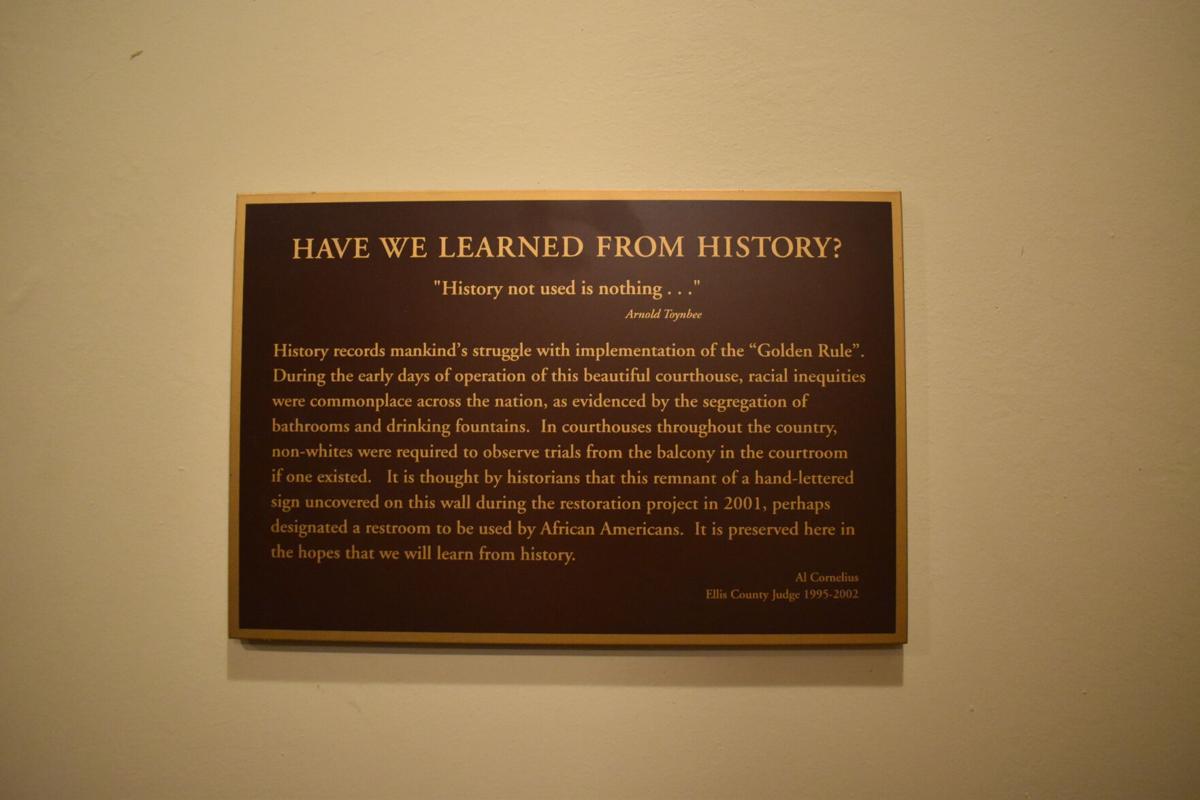 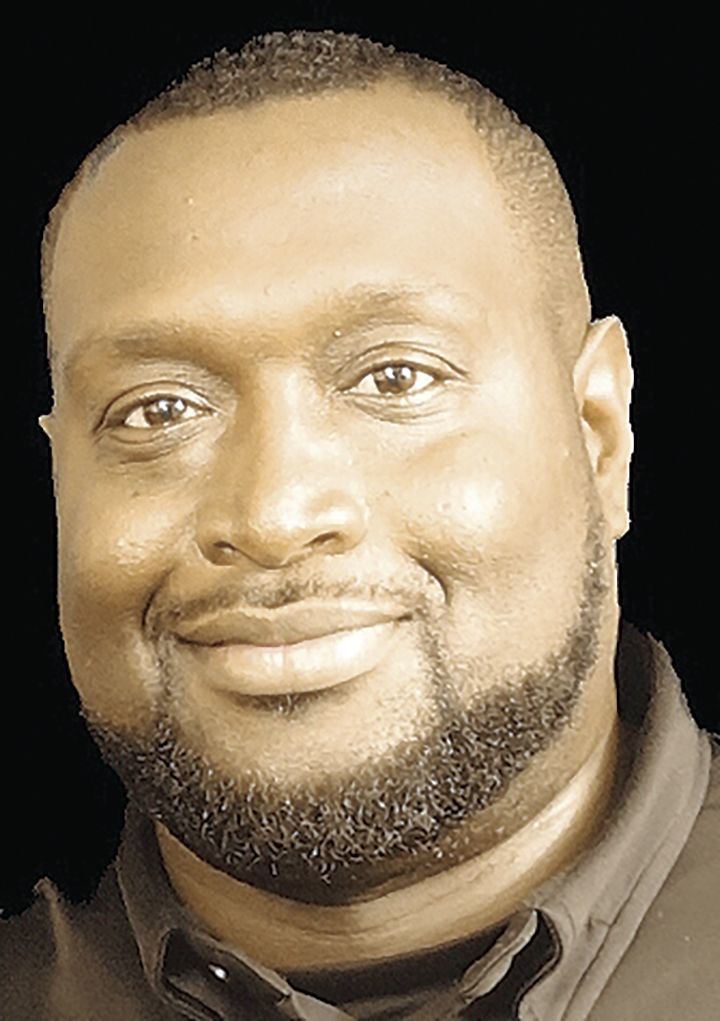 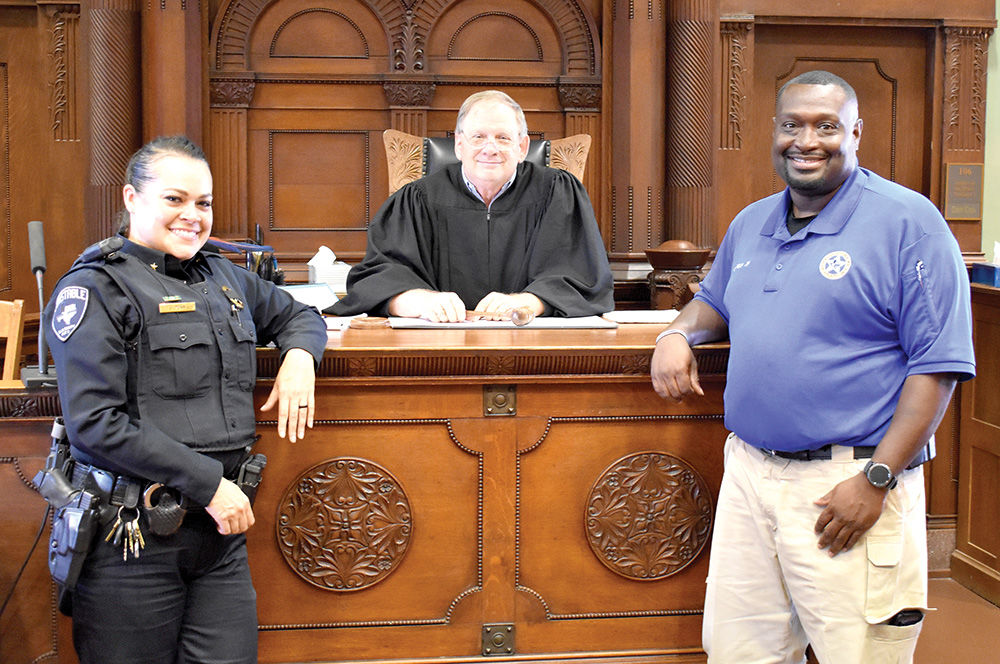 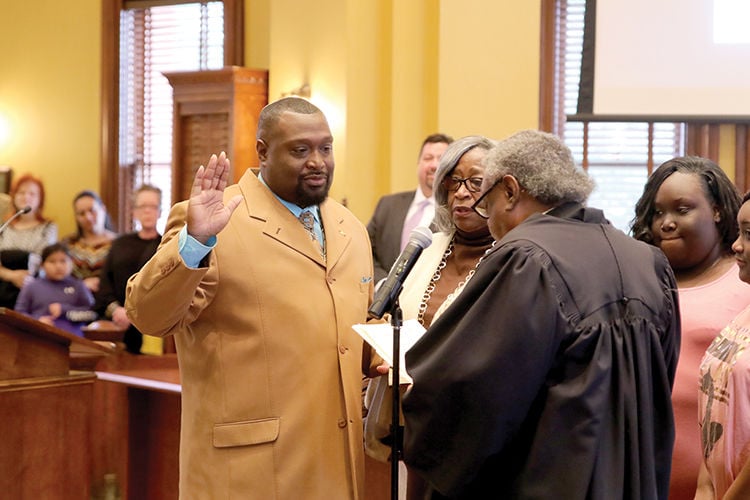 In this file photo, newly elected Curtis Polk Jr. was sworn in as constable, Pct. 3, by his father, retired JP Curtis Polk Sr.

In this file photo, newly elected Curtis Polk Jr. was sworn in as constable, Pct. 3, by his father, retired JP Curtis Polk Sr.

Polk’s office was one of those moved – but he is now the sole elected county official who doesn’t have a private, secure office to himself. He is also the sole Democrat and Black elected to a county office.

“I no longer have a private office and have limited space to store county documents and TCOLE file,” he wrote in a post on the official Facebook page for Smash Da Topic Breaking News, a Dallas-based, community-journalist online platform. “Now I am having to store the county documents that my office holds in three different locations, which are unsecure. One of the locations is the basement stairwell, which was deemed a fire hazard for storage last year. Located in the basement by my shared office now is a historical sign which reads NEGROES on the wall.”

In an interview with the Sun, Polk said, “It’s not about race. It’s not about politics. It’s about fairness. I feel this is a slap in the face with my being the only elected official without a private office. They’re looking at the constable’s office as a door mat.

“I’m simply asking for what’s fair and that’s to be treated like the other elected officials and have a private office,” he said. “There were other options.”

Since his election two years ago, Polk said he was promised that he and his deputy constable would be moved into an office together on the first floor, allowing them to be near the justice of the peace court with which they work.

Instead, he’s now in a basement office, which was already in use by sheriff’s deputies who provide security to the courthouse and who staff the basement’s secure entrance. Nothing was said to the sheriff’s office about moving out of the space – and he questions why he would have to be the one to kick them out?

“This wasn’t thought out,” he said of the process, noting scant communication prior to the move and since.

The historical signage in the 1897 courthouse’s basement is believed to be from the Jim Crow era and when the county maintained separate water fountains for Blacks and whites. The signage was uncovered during the structure’s renovation project, which was funded in large part by a state of Texas grant and done in accordance with historical guidelines. Ellis County received a matching grant of about $3.6 million in 2000 during the state’s first round of courthouse renovation funding, a program started by former Gov. George W. Bush. The project was completed in 2002.

The signage is prominently located on a wall in a publicly accessible stairwell immediately adjacent to Polk’s new office space. It’s in the space where he’s had to set up his file cabinets due to a lack of space in the office itself.

“I kind of understand history,” he said, pausing as he chose his words. “But, for me, to have to go by that sign daily is kind of tough as a Black man.

“All I’m asking is to be treated fairly,” he said. “That’s why I’m bringing this to the public, who voted me into office.”

He ran for public office out of a desire to serve the public in a greater role. Polk comes from a background of service to the community. His father, Curtis Polk Sr., was the Pct. 3 justice of the peace for 23 years and served 13 years with the sheriff’s office. Polk also was inspired to serve by the late Jimmie Ray, who served 39 years with Waxahachie ISD and then 16 years as Pct. 3’s elected constable. The two families were friends – and Ray was principal of the elementary school Polk attended as a child.

The commissioners approved funding for the move, which was triggered in part by county Treasurer Cheryl Chambers’ request for more space and desire to move back to the second floor of the historical courthouse, during their Nov. 3 meeting.

Three options were presented to the court by county Judge Todd Little, who, Tuesday evening, said in a statement there were two options with moving Polk’s office.

Those consisted of moving Polk from his current second floor office into an office on the first floor already occupied by his deputy constable, a space described in the commissioners court meeting as already a tight fit – or moving into the now criticized basement office, which itself was already being occupied by the two sheriff’s deputies who serve as courthouse security.

It was noted during the meeting that moving the treasurer’s office back to the historic courthouse would basically create a “domino” effect, with the purchasing department and Polk being pushed from the second floor to the first floor, with emergency management moving from its first floor office to space in the basement.

Option C, which would have relocated the treasurer’s office within the courts and administration building, would have seen Polk and his deputy constable jointly move into the two-person office area being vacated by emergency management. Having Polk and his deputy both on the first floor would also would have increased the security presence on the first floor, where four doors are open to the public, the commissioners court discussion noted.

Chambers addressed the court, noting that her office was moved against her wishes to the new courts and administration building in 2015 during former County Judge Carol Bush’s tenure.

“My desire is to be relocated back to the second floor,” she said. “It’s a perfect fit.”

She noted the space had a working vault, security barrier and extra space for working files.

“We were downsized and we lost much needed space,” she said of the move. “We have been packed into such a small space and the thought of going to an even smaller space is unbearable (referencing option C, which would have seen her relocated within the courts and administration building to be near the tax assessor’s office). Put us back to where we belong and a safe space.”

She’s run out of space for her files, she said, noting that her office “barely” has room for three to six months’ of records. The others have to be put in storage and she added that her storage space at the county farm has been reduced.

“I don’t have space for more files,” she said, asking for the commissioners to approve option A of letting her return to the historic courthouse’s second floor.

“It’s truly the only option that fits for the county treasurer,” she said, noting that option B on the first floor didn’t have the vault or security barrier and was less space. Option C, relocation within the courts and administration building, was not only less space but also would restrict access by the public to her office, she said.

Is the county out of space?

A frequently asked questions piece published in the Waxahachie Daily Light in 2007 in advance of the bond election for the courts and administration building noted that the county would be out of space in 2020. The courts and administration building comprises about 102,000 square feet. The two shell courtroom spaces that were available when the building opened in 2010 have since been finished out, with the 443rd District Court already in operation and the Ellis County Court at Law No. 3 slated to open Jan. 1.

Editor’s note: The story will be updated as developments occur. For the county’s statement in full, please view the attached document.