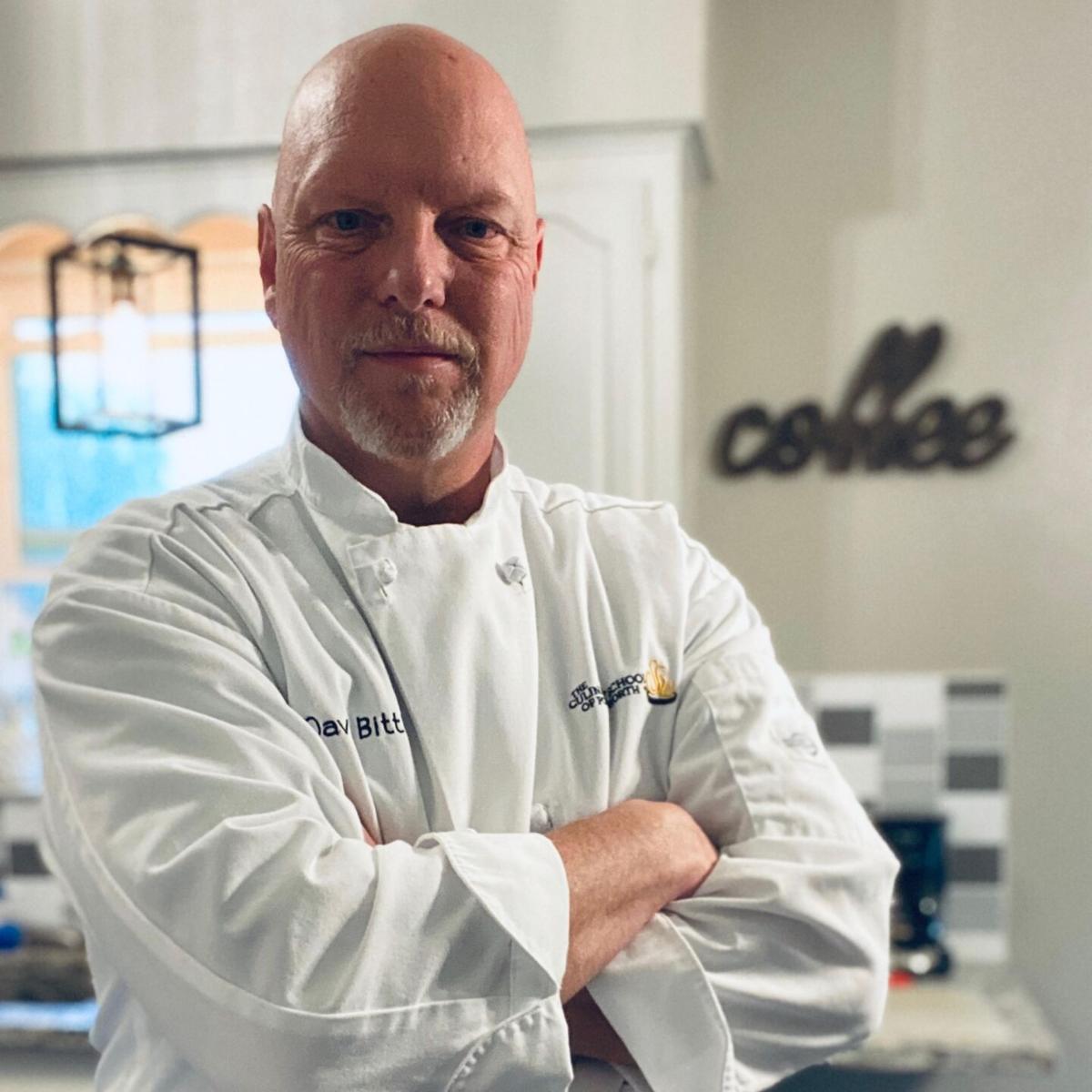 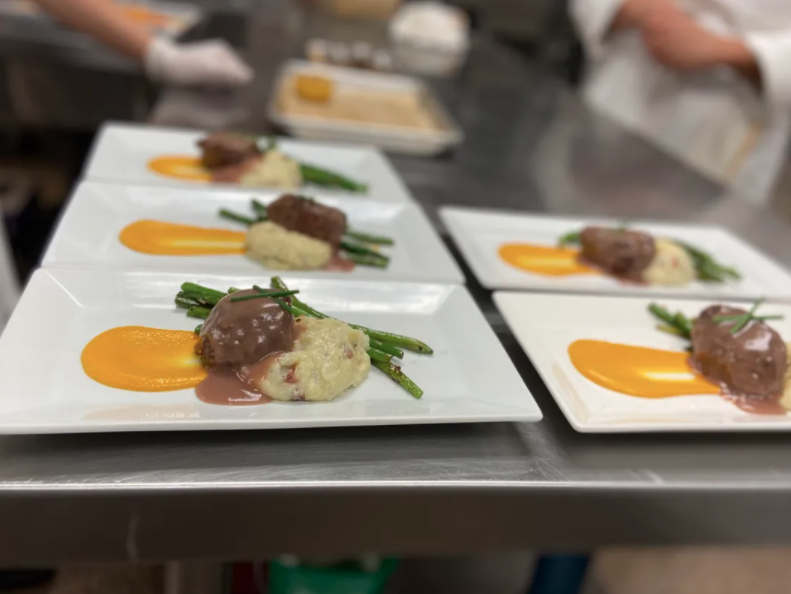 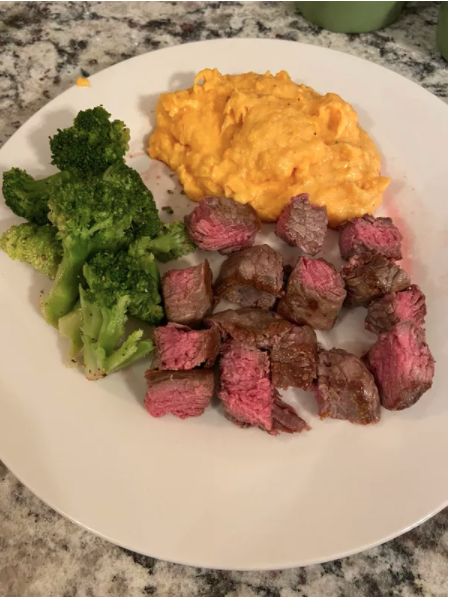 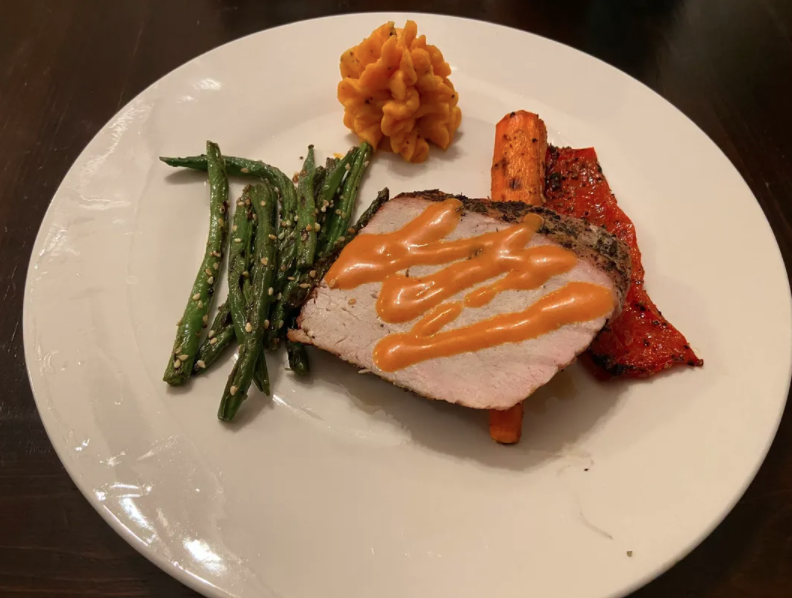 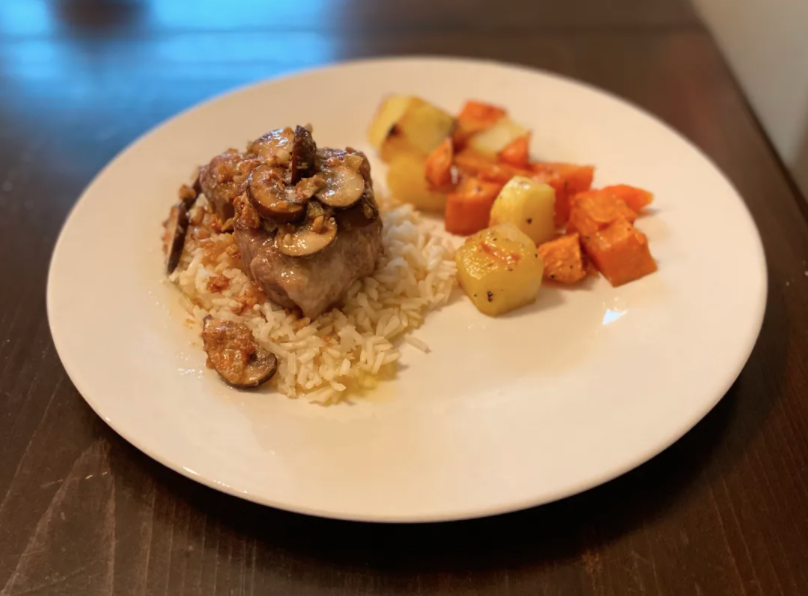 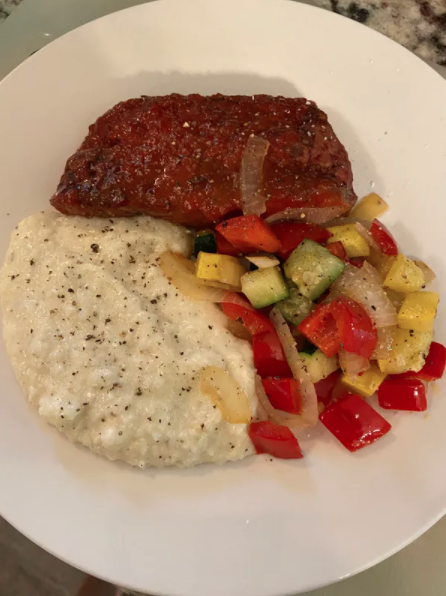 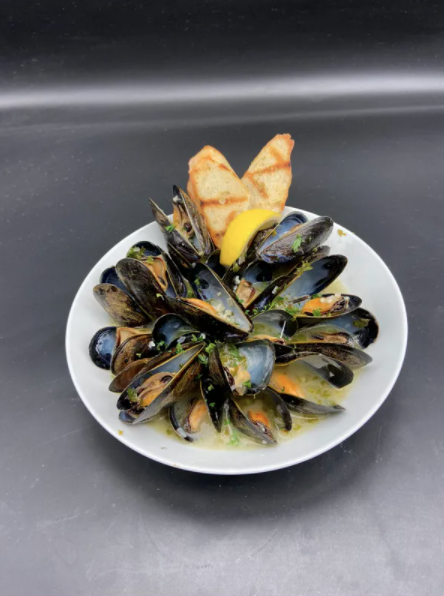 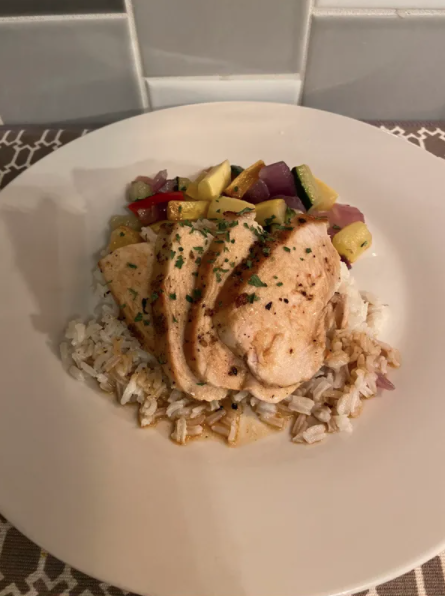 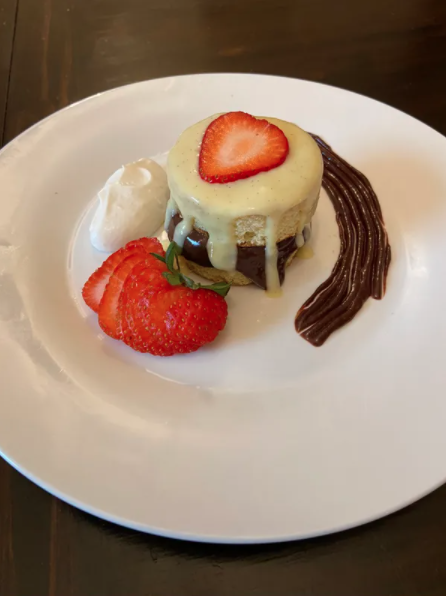 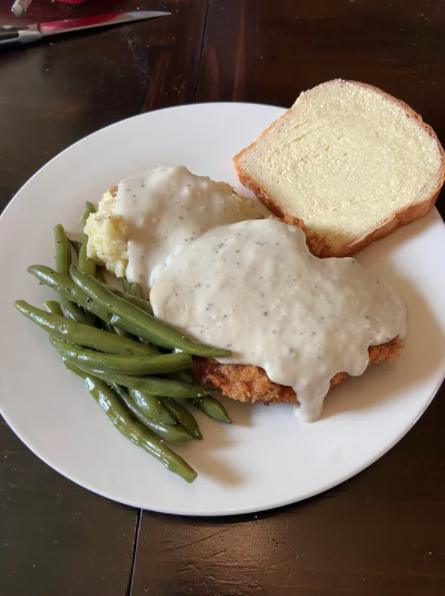 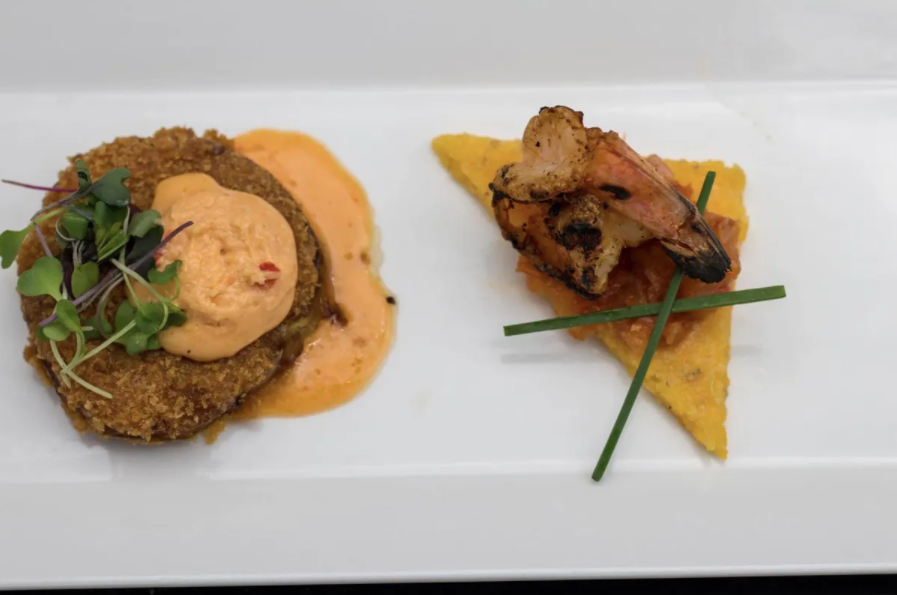 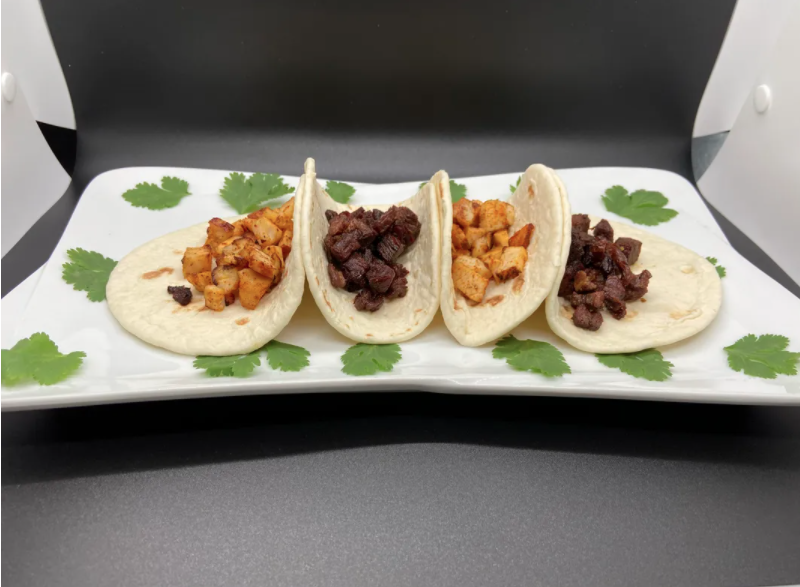 For David and Lisa Bittle, food is more than providing a meal to satisfy a physical need, it’s a way to connect with people and create moments that will live on past the dinner table. In September, the Bittles saw their dream become reality with the opening of their new business, My Father’s Table.

After serving more than 35 years in public service working as a police officer, police instructor and firefighter, David shifted careers, enrolling in the Culinary School of Fort Worth, from where he graduated Aug. 29 with honors.

“I grew up in a home where my dad worked and my mom was a professional housewife,” he said. “My mom was a great cook and baked the best chocolate chip cookies and potato rolls. Both my mom and dad had servant’s hearts and were always helping others by feeding them, giving them a place to stay, volunteering and offering great godly advice. At every holiday, and every time we went to visit relatives, the kitchen was the hub of activity.

“I enjoyed the activity and creativity in the kitchen,” David said. “After growing older and leaving home I had to cook for myself. I enjoyed cooking for myself, but not as much as I enjoyed cooking for others. After getting married I continued being the primary cook of the house and, my wife, Lisa was the baker. Lisa is an incredibly talented baker and decorator.”

David shared his love for cooking with his fellow officers, cooking for his shift and also competing in department and city-wide cooking competitions. He enjoyed not only the whole process of cooking but the satisfaction it brought to others as they enjoyed their meal.

As he was getting ready to graduate, the chance came to purchase an existing business.

“We have purchased My Sister’s Affair out of Red Oak,” he said. “We have known Linda Rodriguez for a long time, and we have talked about buying her business for several years, but the timing was not right.

“We started talking again in July or August and the timing was much better,” he said. “We decided to go for it. As of Sept. 2, we signed the papers and bought all of the equipment and all of the jobs that she had outstanding and started catering.”

While catering is a part of the business, it’s not the full vision he and Lisa have for it. They look to provide cooking classes for couples and individuals, as well as family-style meals and custom smoking.

“Right now, we are doing some catering events,” he said. “We are trying to slow that down so we can reformulate what we are doing. The ultimate plan is cooking classes like date night cooking classes where couples can come in and prepare a meal together and sit down and eat together. I will do all of the cleanup.

“It is kind of a good idea down here,” he said. “There is nothing down here like it as far as south of the metroplex. Also, kids cooking classes on the weekend or special holiday stuff like that.

“We would also like to have some family-style meals,” he said. “People can come in and sit down at a big table and you would eat the meal that was prepared family-style. You would sit next to people that you would not know and get to know them and socialize and have a good family-style meal where nothing matters but good food and good times.”

His ultimate goal is to create a place similar to The Taste Project in Fort Worth whose goal is to feed people one community at a time. The nonprofit restaurant focuses on healthy, quality meals made of fresh ingredients and features a menu with no prices. It operates, instead, on a give and take concept.

“The day after I retired, I volunteered at a kitchen in Fort Worth,” he said. “They don’t charge for their meals. It is a donation only. It is called the Taste Community Restaurant. I just volunteered there one time, but it was enough for me to know there is a need.

“Everybody has got to eat and deserves to eat a quality meal whether they can afford to or not,” he said. “I would like to be able to provide the opportunity for them to come in with their families and not worry about anything and relax and enjoy their meal and leave without any need to pay if they can’t afford to. The ones who can pay come one and pay because we have got to make the place run, right? But those who can’t, I don’t want them to be hesitant about coming in and getting a good meal.”

The name of his business, My Father’s Table, honors two important individuals in his life.

“I have a talent and skill for cooking and that is a gift from God,” he said. “I have been given the ability to do that. So, my heavenly father is part of that name. The other part is my earthly father, my dad, Howard Bittle. He passed away in May. That was unfortunate, but the man was a very generous man and a very good steward of his money and time and everything else. With that being said that allowed us to purchase the business.

“It is a twofold thing,” David said. “My Father’s Table gives honor to my father in heaven and my earthly father. Without either one of them, I couldn’t be where I am today.”

My Father’s Table can create a menu specific to the event a person is hosting. Prices depend on the services wanted and the price of food. For more information about My Father’s Table, go to www.myfatherstablecatering.com.