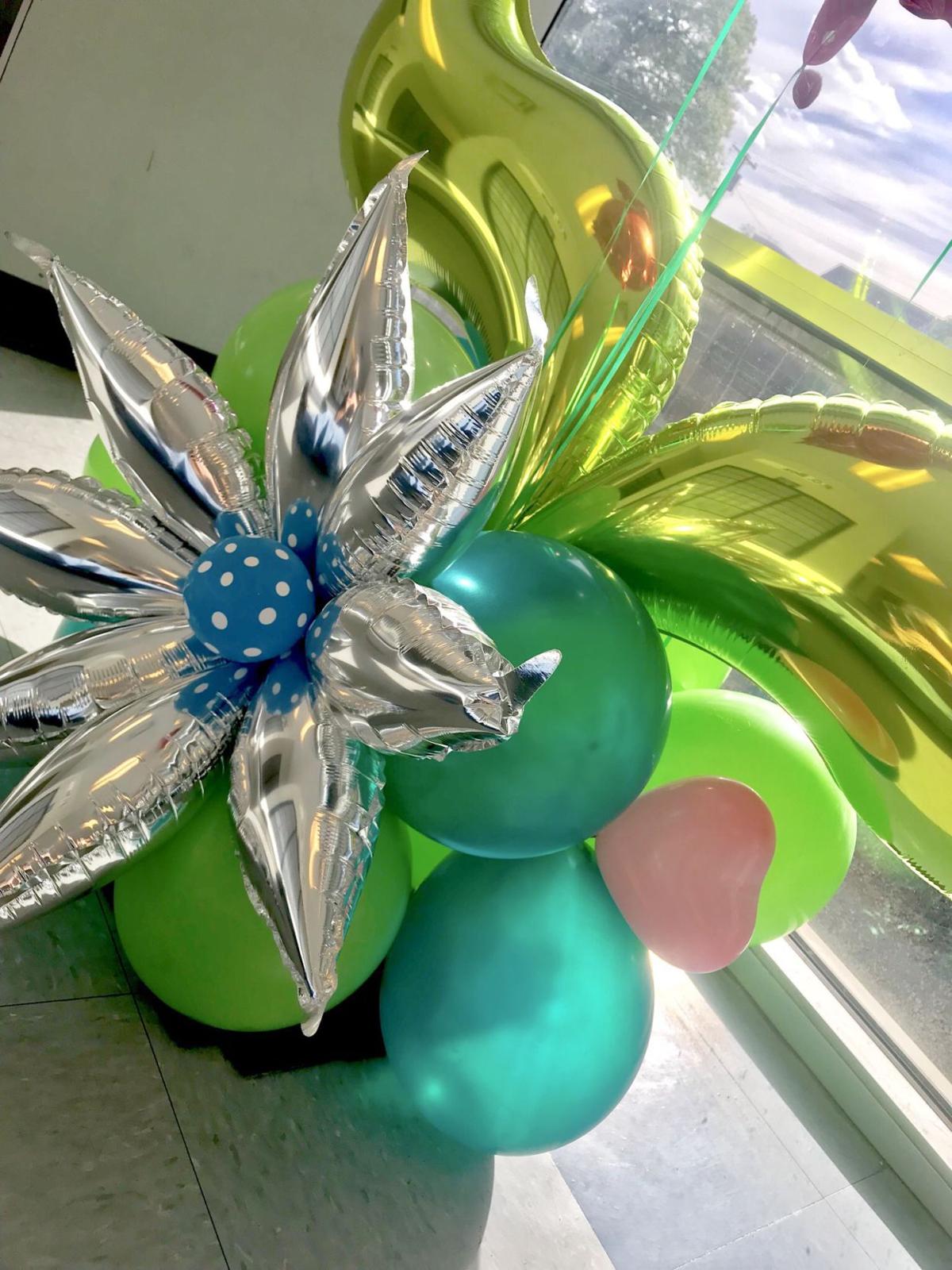 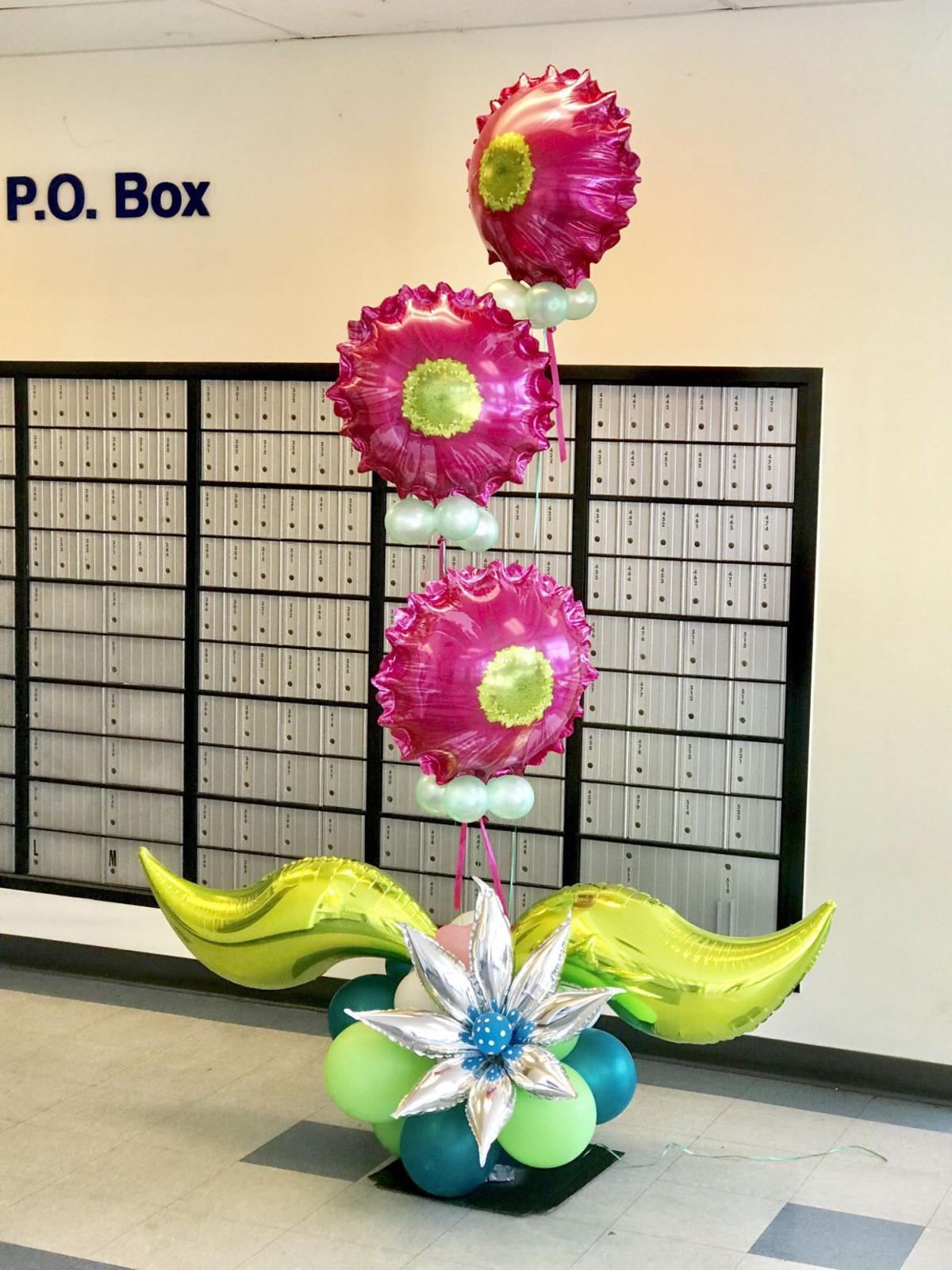 It’s because of this past weekend’s One Million Bubbles initiative that saw professional balloon decor artists seeking to spread a message of hope and joy around the world.

Local area balloon décor company, Serious Balloons, participated in the event with its gift to the community at the Waxahachie Post Office.

“It’s growing each time,” she said. “I wanted to let people know that there is hope and joy even in the midst of so much uncertainty. I thought it would be fun and maybe bring a smile to some faces.”

Parris contacted the post office in advance to see if she could do the Mother’s Day weekend installation there.

“I didn’t know what their rules were,” she said. “They were happy to be the host location. They were very welcoming, accommodating and excited about it.

“While installing the décor, several people were in and out as usual and I heard very positive remarks,” she said. “Some wanted to know who it was for while others wanted to know why it was there but there were comments of appreciation and smiles.”

The balloons at the post office are expected to be up through about Monday, May 18.

It’s all about creating smiles, Parris said, noting that she and her family have been in the entertainment business for about 14 years.

“The most rewarding moments are the people’s smiles,” she said. “Balloons just bring good memories, happy times, fun and lightheartedness to most people.

“We first started with an entertainment ministries group at our church years ago that eventually launched us into this crazy business,” Parris said, noting the family-owned business has now expanded to include contract artists. “Since then we have added various talents such as face painting, balloon twisting, glitter and airbrush tattoos, body painting, etc. and balloon decor.

“For the past year or so, we have been working with another balloon decor company in Arlington,” she said. “After attending a major conference in St. Louis in late January, we decided to have the decor be its own entity.”

Parris had just started up Serious Balloons in February, and in time for Valentine’s Day. It wasn’t much later, however, that “everything ‘deflated’ quickly with the pandemic in effect,” she said. “For Serious Balloons, the pandemic has made for a very slow start. Since parties, weddings, events and social gatherings stopped, the people in this area may not even know that we even started. We have done balloons for a drive-by birthday party, some yard decor and a few deliveries here and there but we are ready for graduation orders and re-opening celebrations.”

With that said, she said she’s made the best use of the unplanned for downtime.

“Personally, the pandemic has been a pause in an otherwise busy season,” Parris said. “I’ve spent time enjoying being home and being thankful that God has blessed me with my family and friends.”

“With all the fear and uncertainty going on in the world right now, I felt like we had to do something,” said Steven Jones, project leader of Balloon Designers in Seattle, Washington. “Balloons make people happy in ways nothing else does, so if working balloon professionals cannot make people smile right now, who really can?”

Balloon professionals were encouraged to create something artsy and fun either in their yards at home or in a public place that would convey a message of “Be Safe Be Kind.”

“It is our hope that when this is all over, over one million balloons will be used to create 10 times the smiles during this scary time for so many around the world,” Jones said.

For more information about Serious Balloons, visit its website at www.SeriousBalloons.Fun, search SeriousBalloons.fun on Instagram or call 214-210-0708.