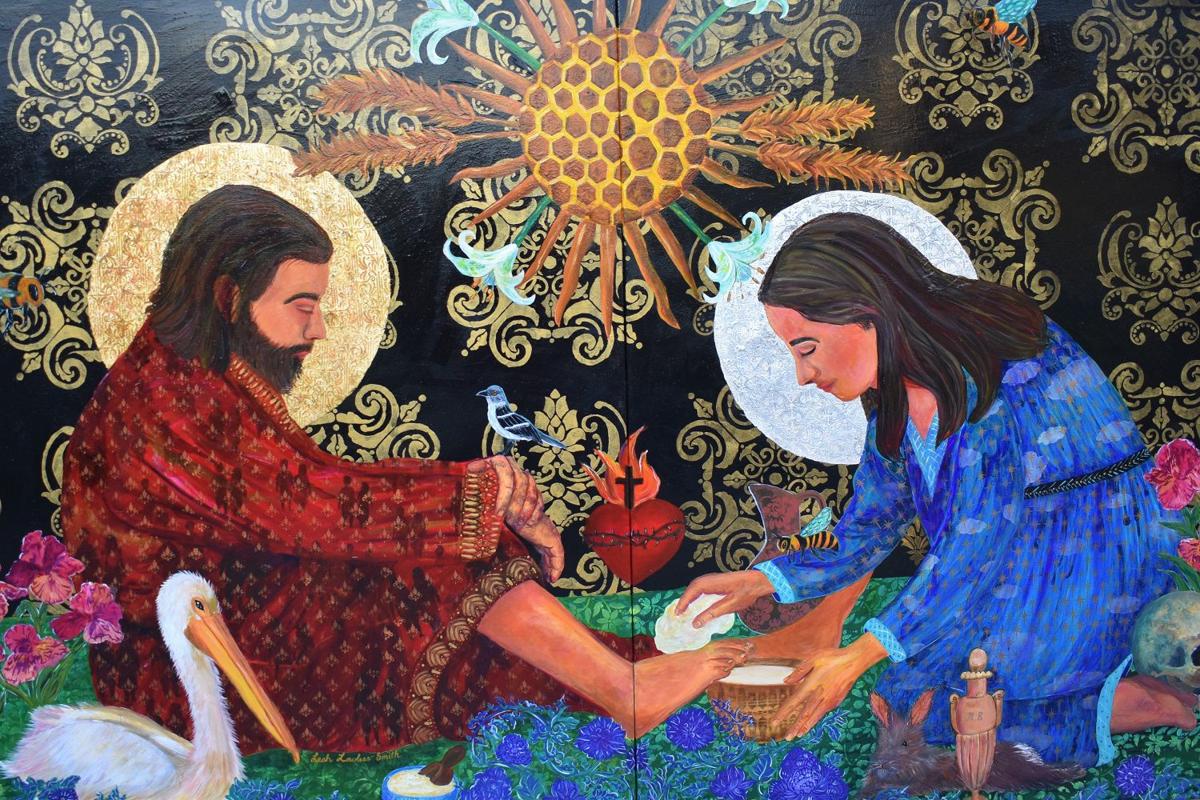 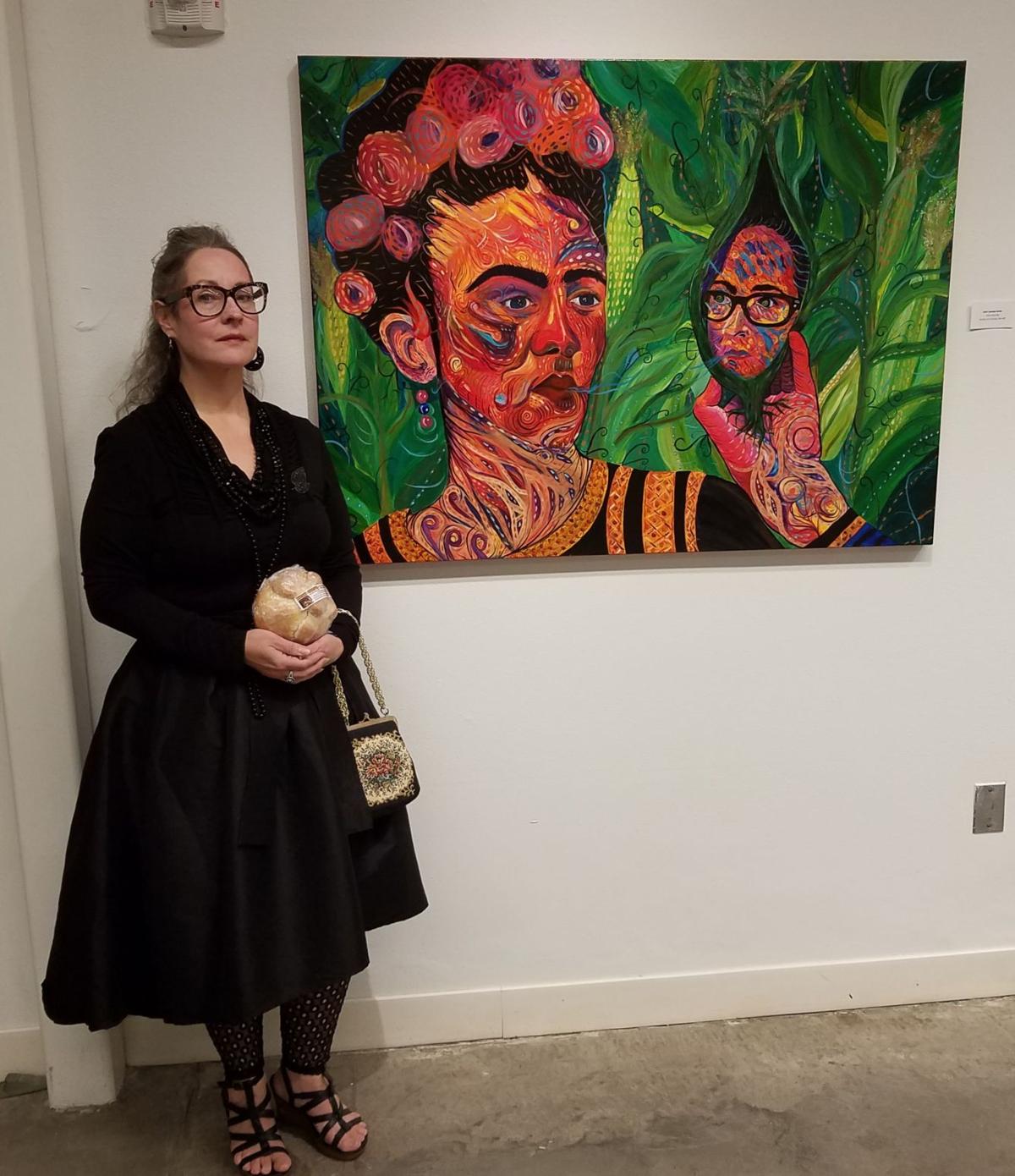 Art has a long history of communicating thoughts and ideas, and that is no exception in the realm of faith. Local artist Leah Lawless-Smith begins the tour of her latest painting, “Washing of the Feet by the Apostle of the Apostles” at First United Methodist Church in Waxahachie.

A famous scene that has undergone many renditions by well-known artists throughout the centuries, Lawless-Smith decided to do her own take on the narrative from the Gospels when a woman by the name of Mary washes the feet of Christ.

“I had been wanting to do it for about a year and a half. I kept wrapping my brain around it. I wanted to do a big piece about the story. It’s one of the few stories that’s stuck with me since childhood,” Lawless-Smith said, explaining how she wrestled with whether or not to create the piece. “It kept nagging at me, then I was like, ‘Just do it, and we’ll figure it out later.’”

The process for painting the work took four months. Lawless-Smith had her husband, Daniel Smith, an art teacher at the Waxahachie High School, pose for Jesus while she herself posed for Mary. A fan of communicating her intent through symbols, Lawless-Smith settled on using an iconographic and allegorical approach to the painting, which is why there are so many raw images throughout the scene. Each one holds its own special meaning, such as the reclining rabbit at Mary’s feet.

“The rabbit represents regular people and our faith in God’s Salvation because we’re all just delicate little creatures that can be taken at any moment. It’s our trust, and I’ve got him [the rabbit] just stretched back, no fear,” Lawless-Smith said.

In the end, all of the images come together to paint a touching mosaic of forgiveness between Mary and Jesus. Lawless-Smith is thinking about developing a second portrait to go along with “Washing of the Feet by the Apostle of the Apostles” to develop it into a full-fledged series.

Lawless-Smith has lived in Waxahachie for the last 15 years, teaching art at the Ennis High School for 10 years. She has a master’s degree in art from Texas A&M University-Commerce and spent a summer studying art in London at King’s College.

Her work can often be found on display in the Art On the Square Fine Art Gallery in downtown Waxahachie. Some of her previous works include a series on classic U.S. automobiles and a number of portraits and icon paintings. You can review her work at leahlawlesssmith.com.

“Washing of the Feet by the Apostle of the Apostles” will be on display at First United Methodist Church, 505 W. Marvin Ave., Waxahachie, until June. Those interested in hosting the exhibit on its tour through the churches in the area an contact Lawless-Smith at 214-532-5785. Slots are still open.

Published 1 time in the Waxahachie Sun