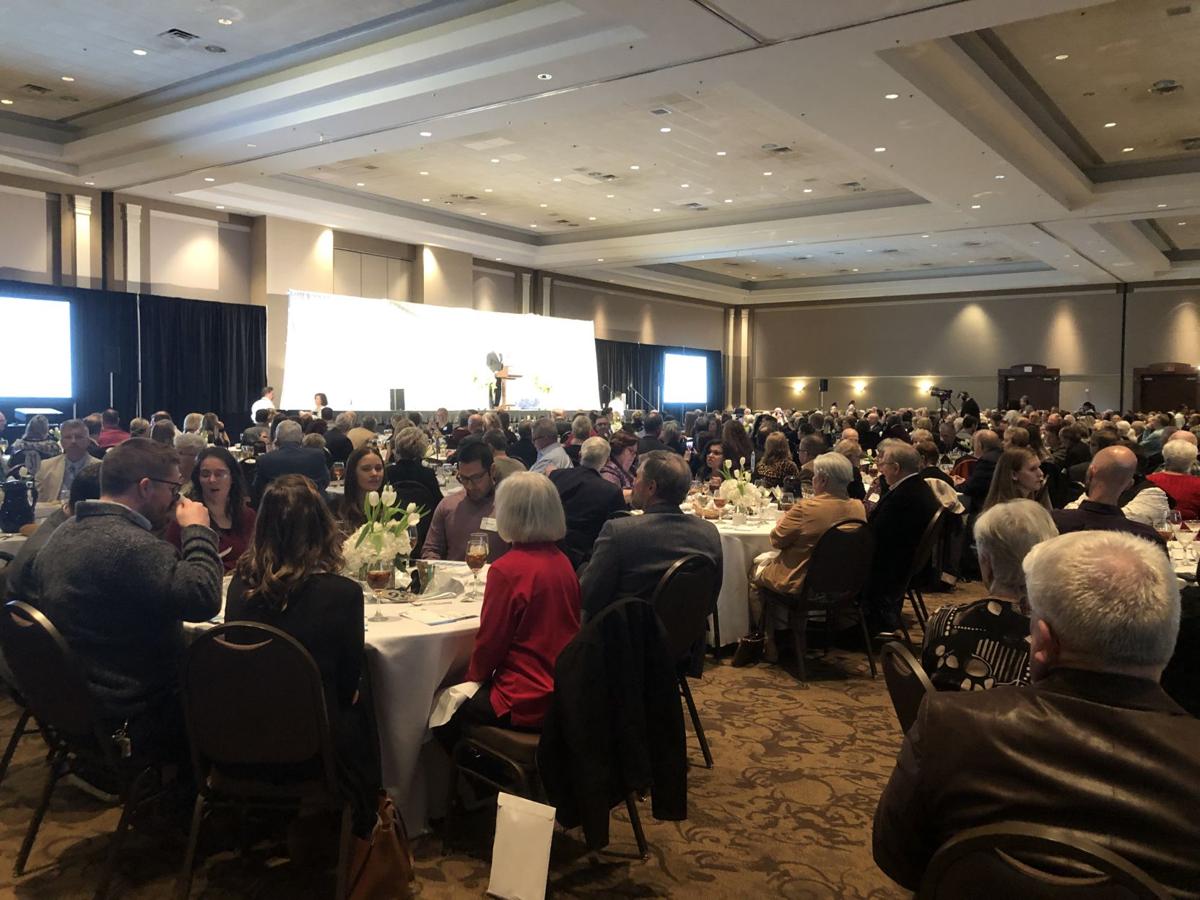 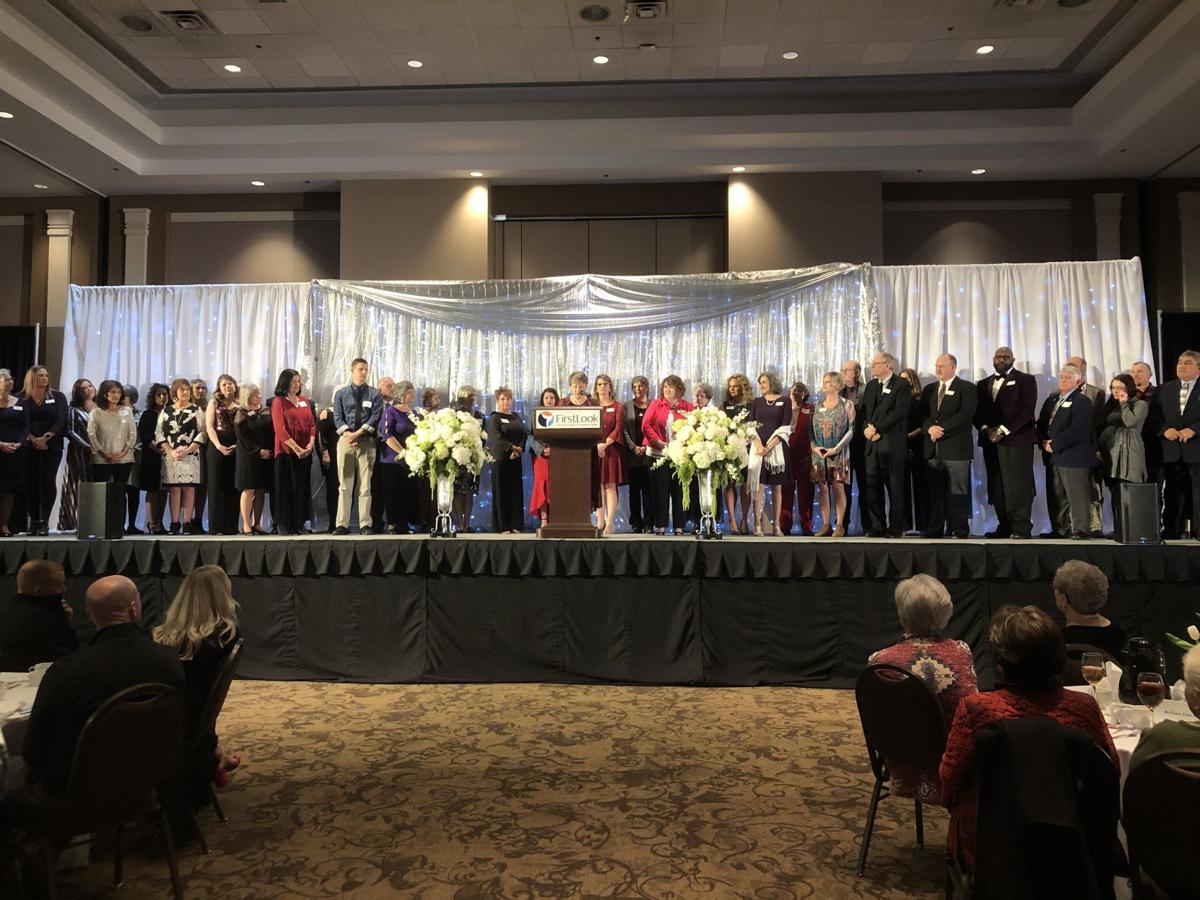 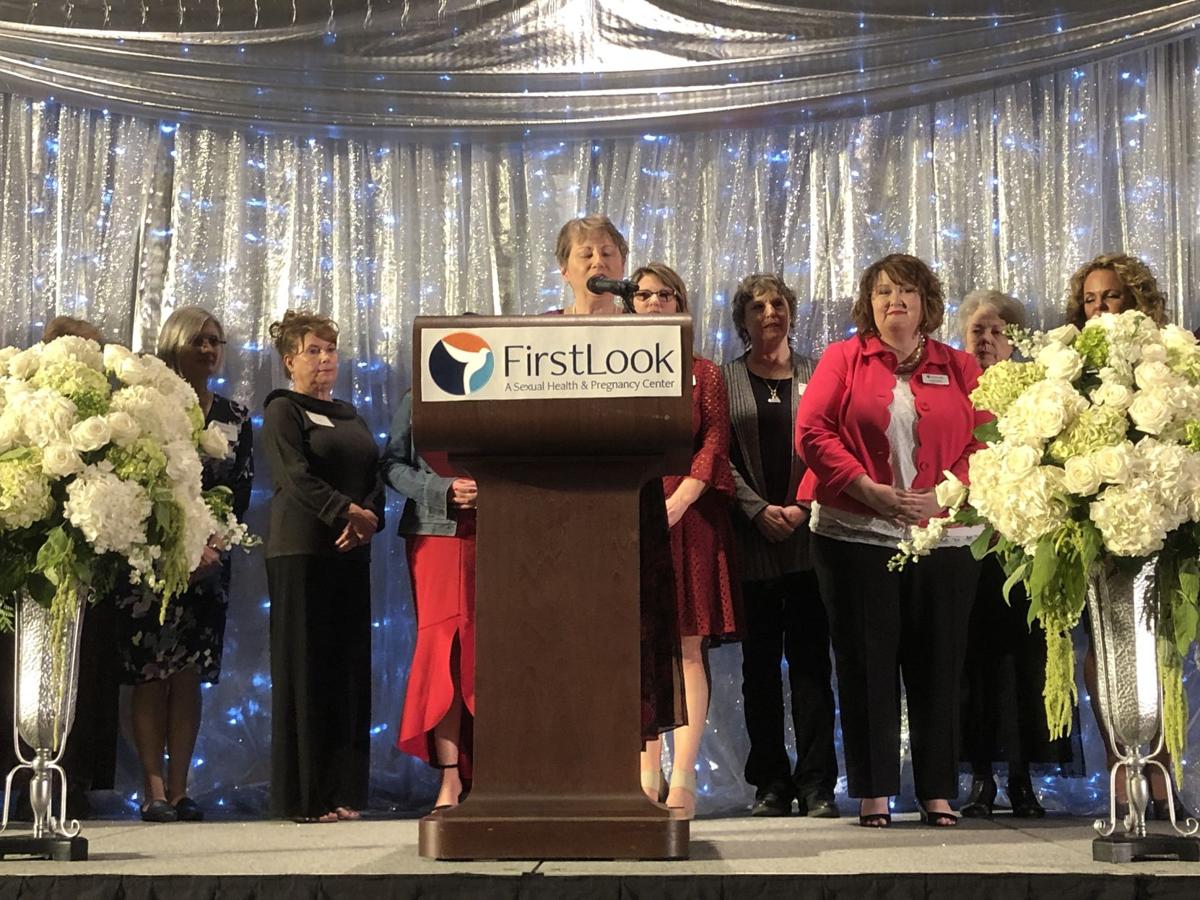 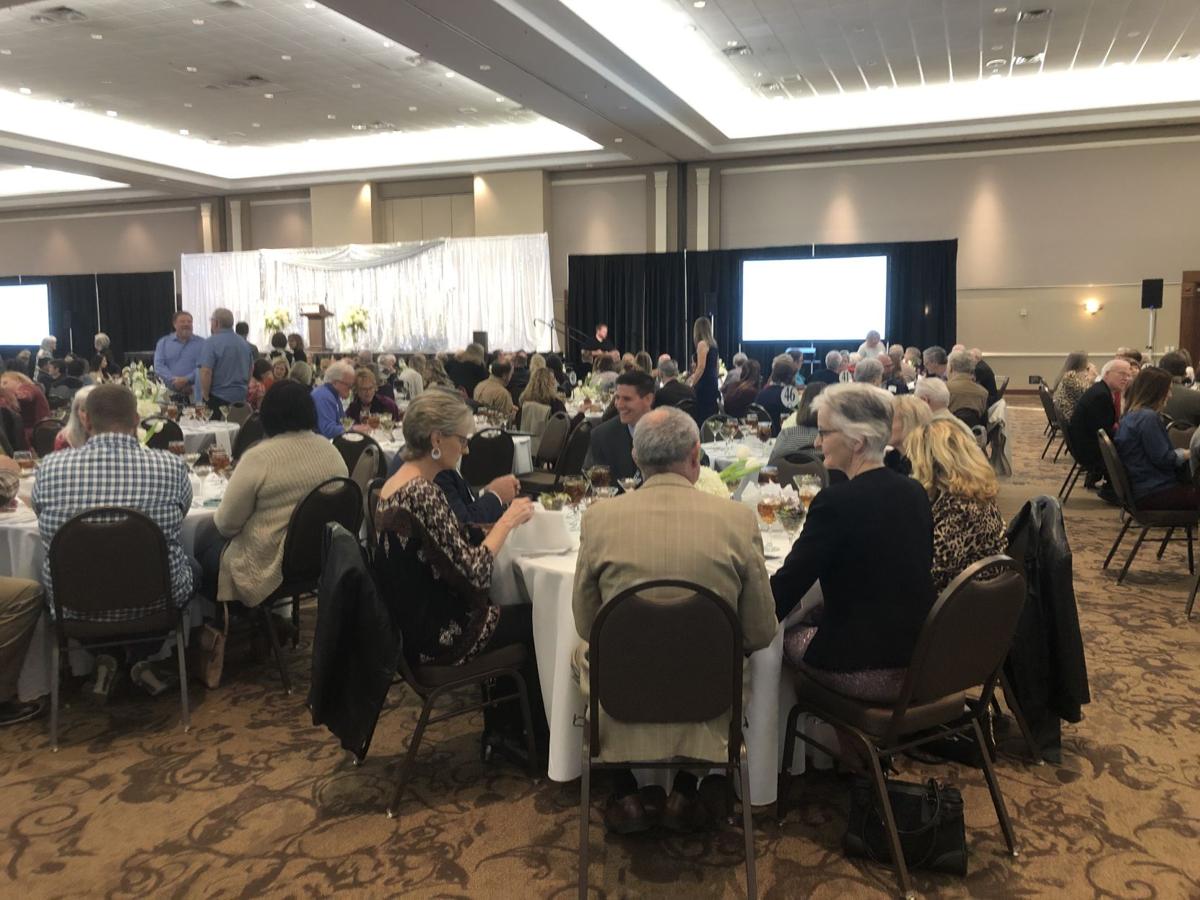 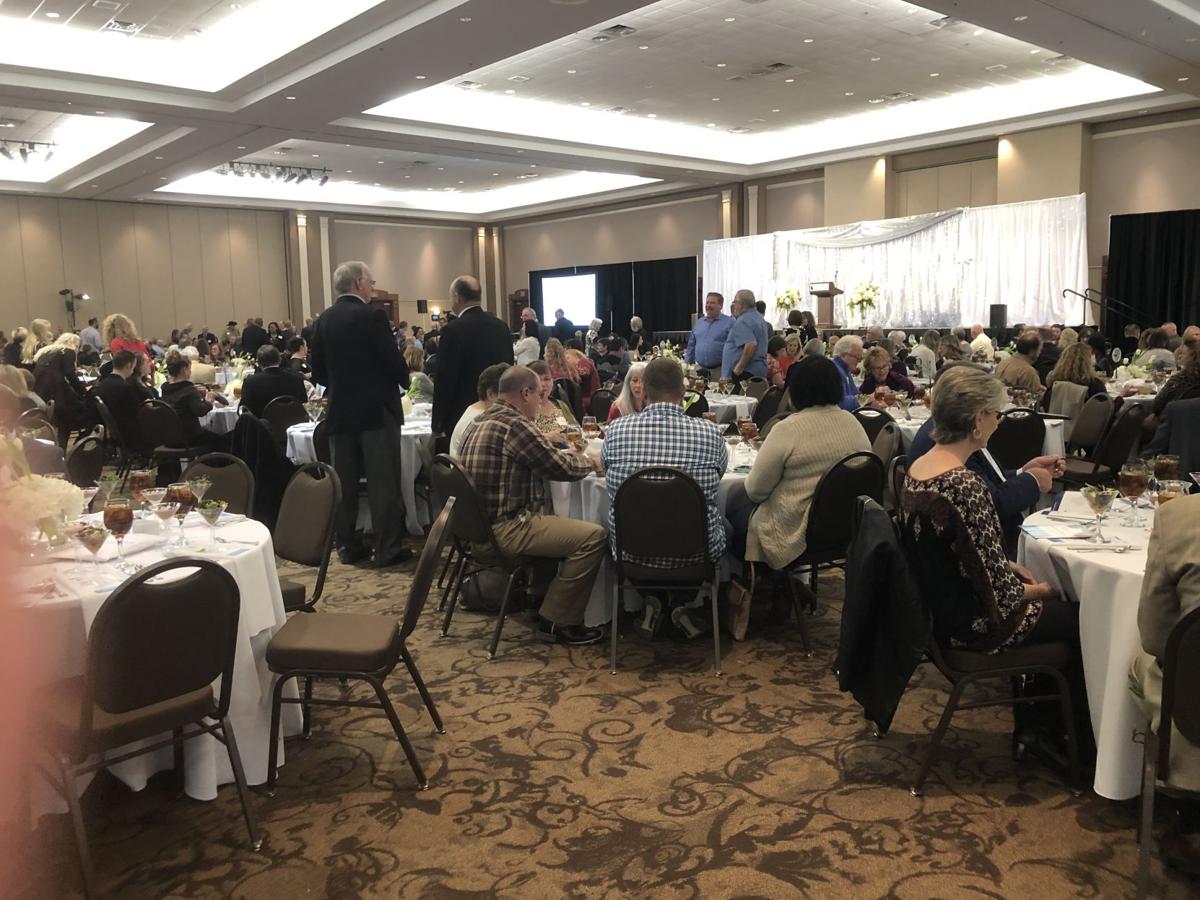 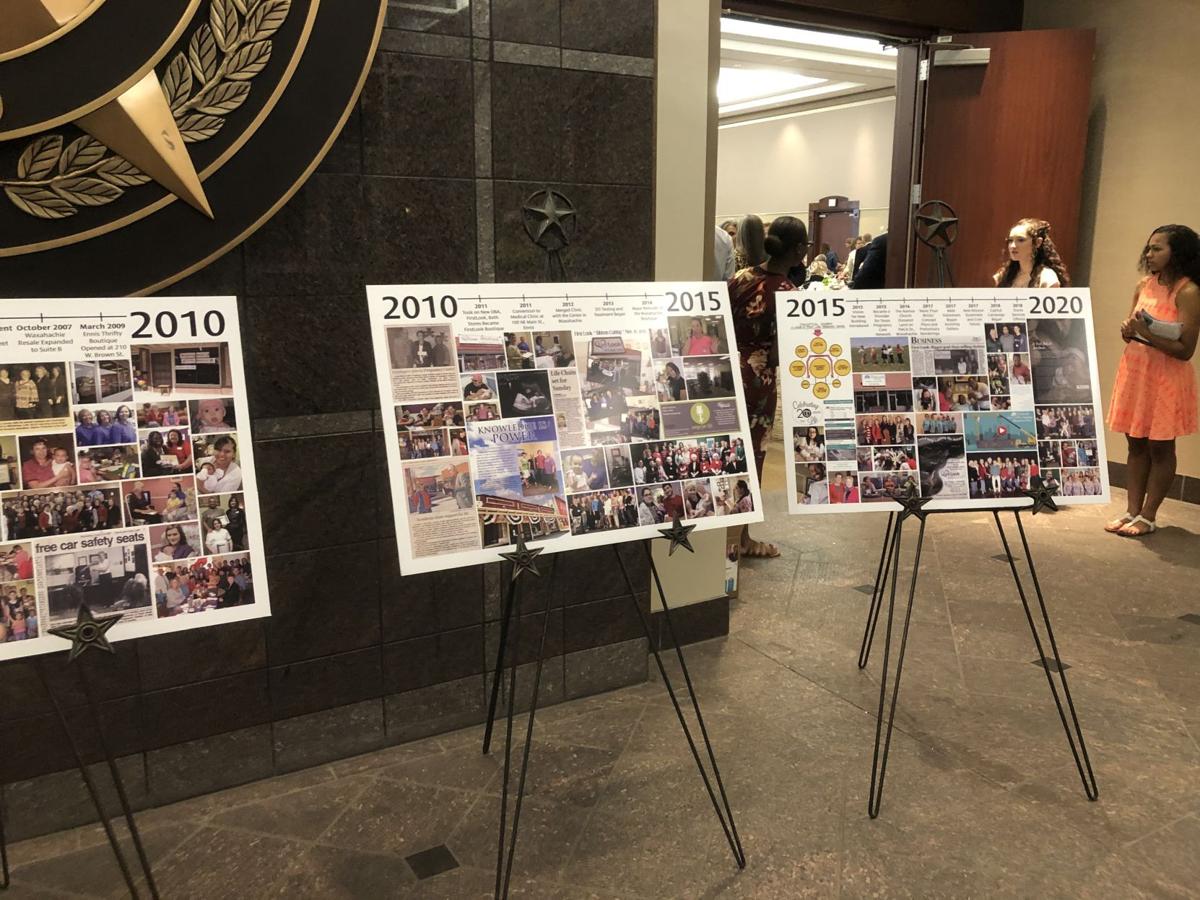 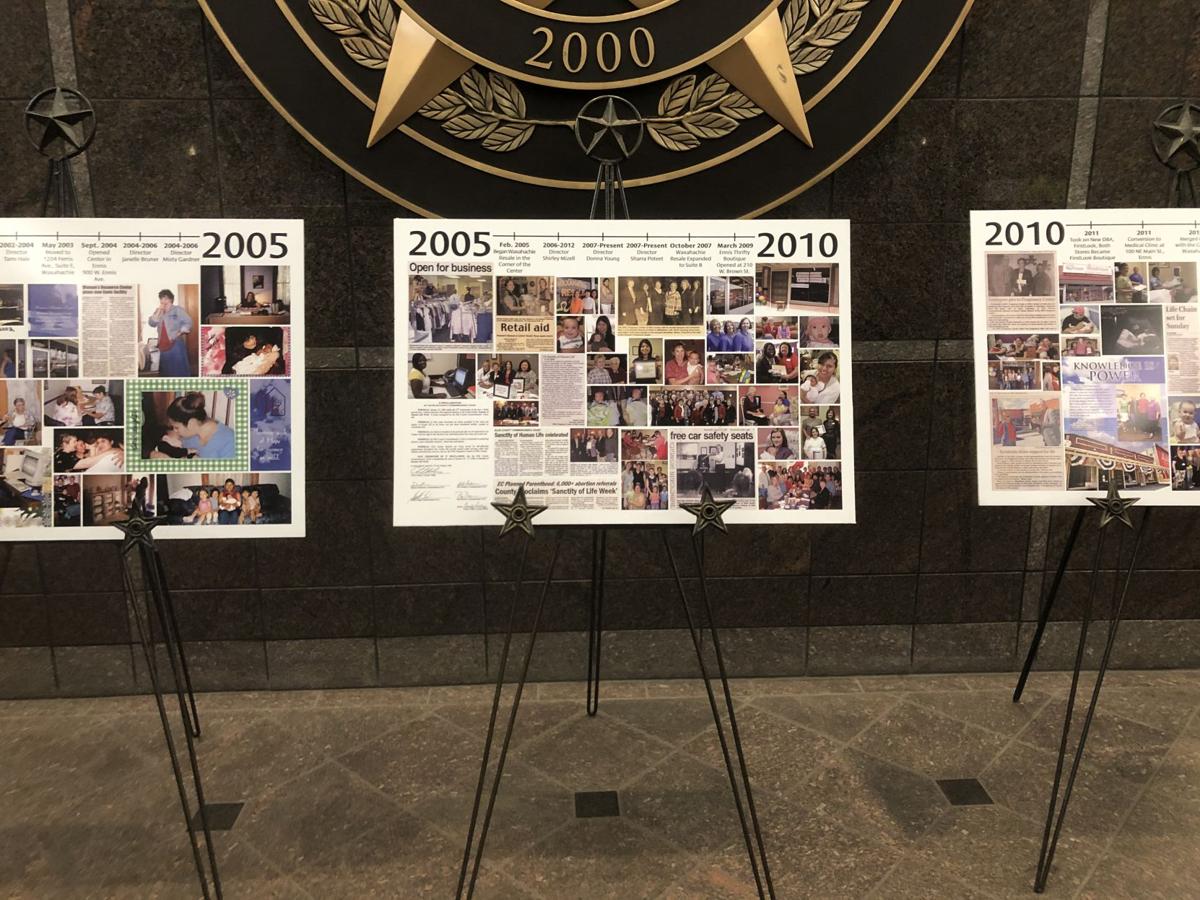 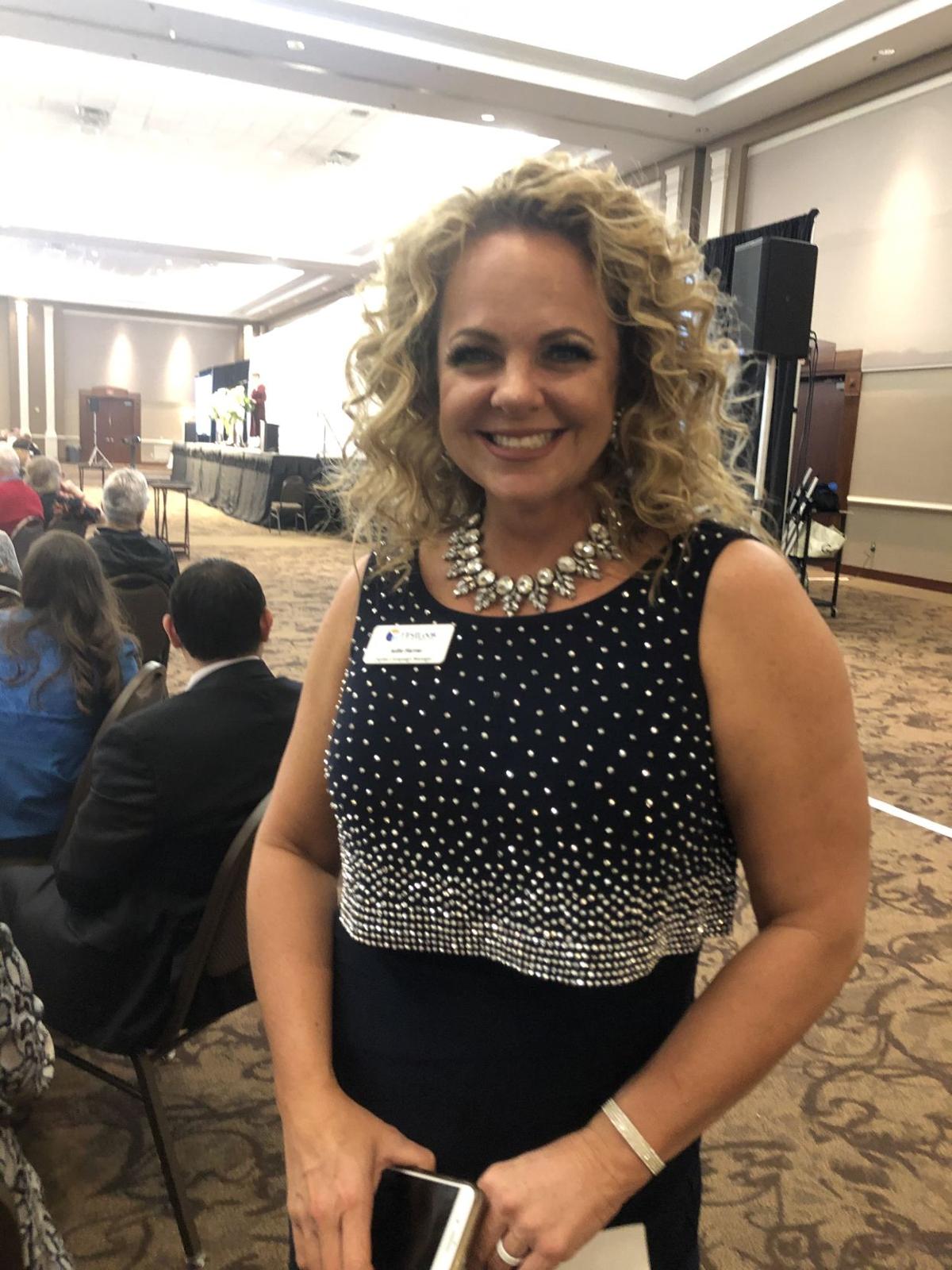 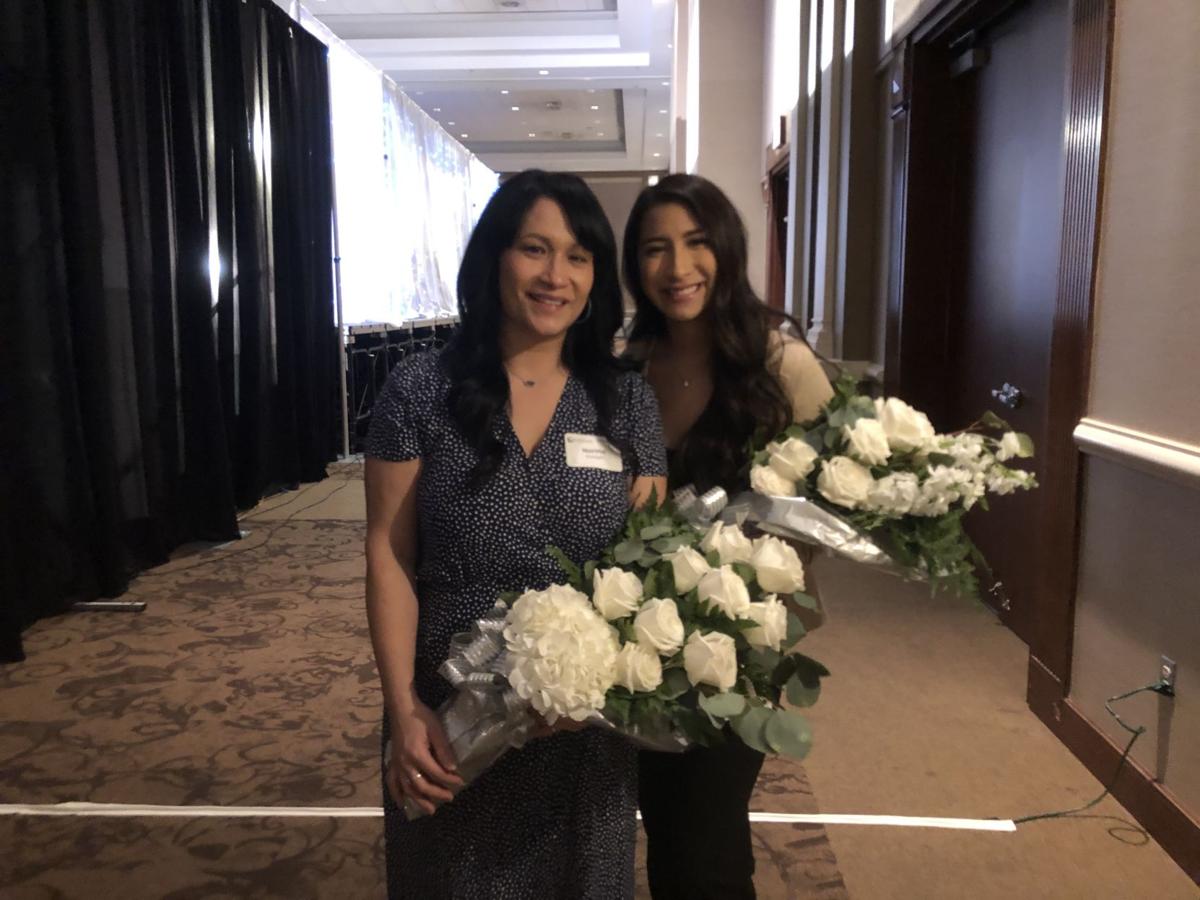 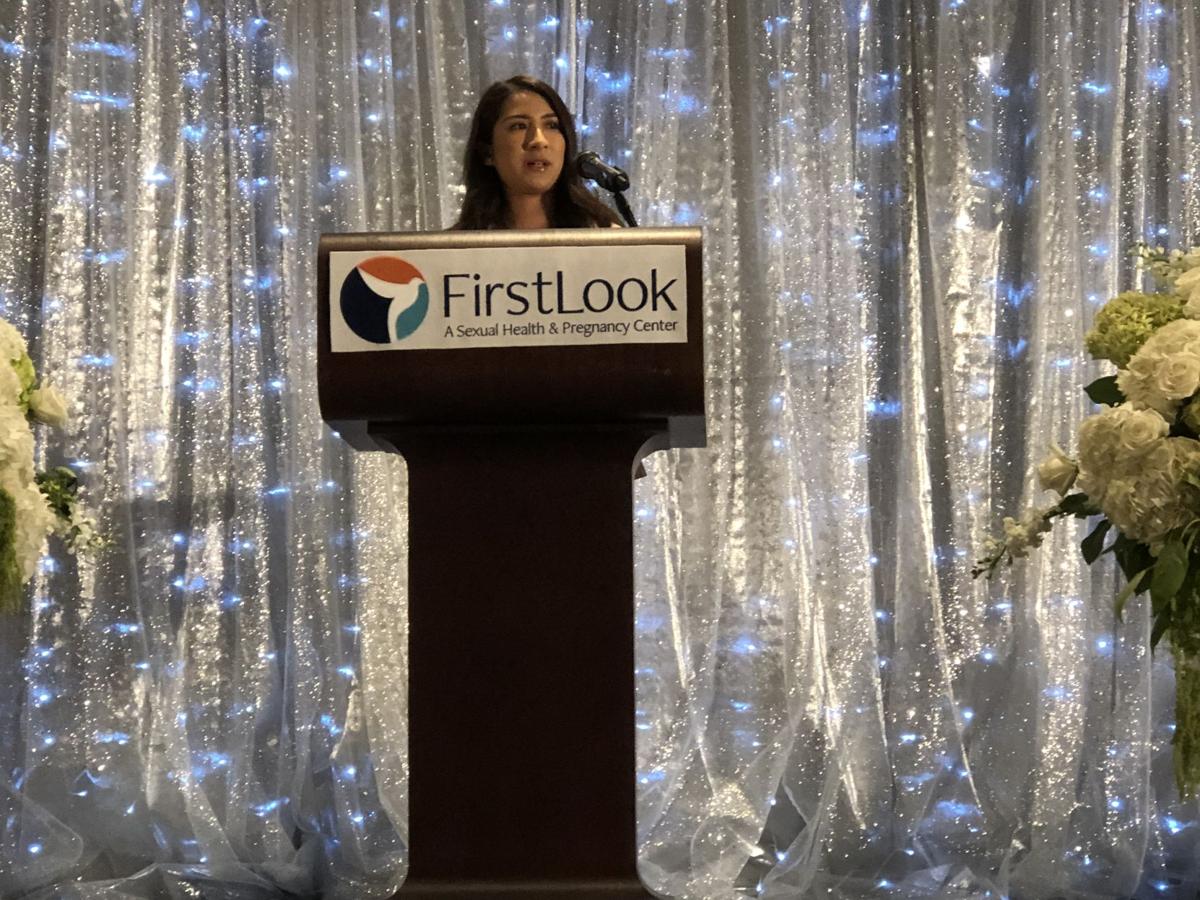 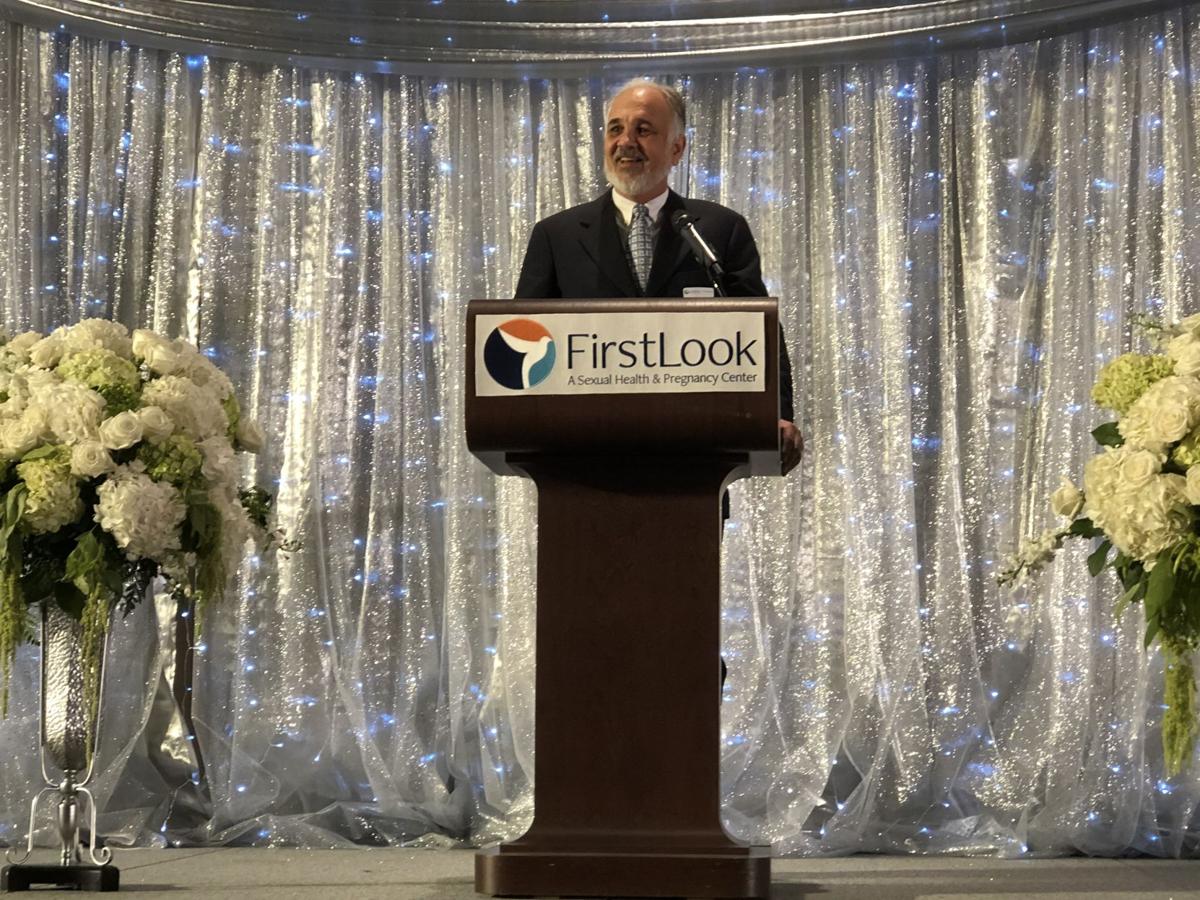 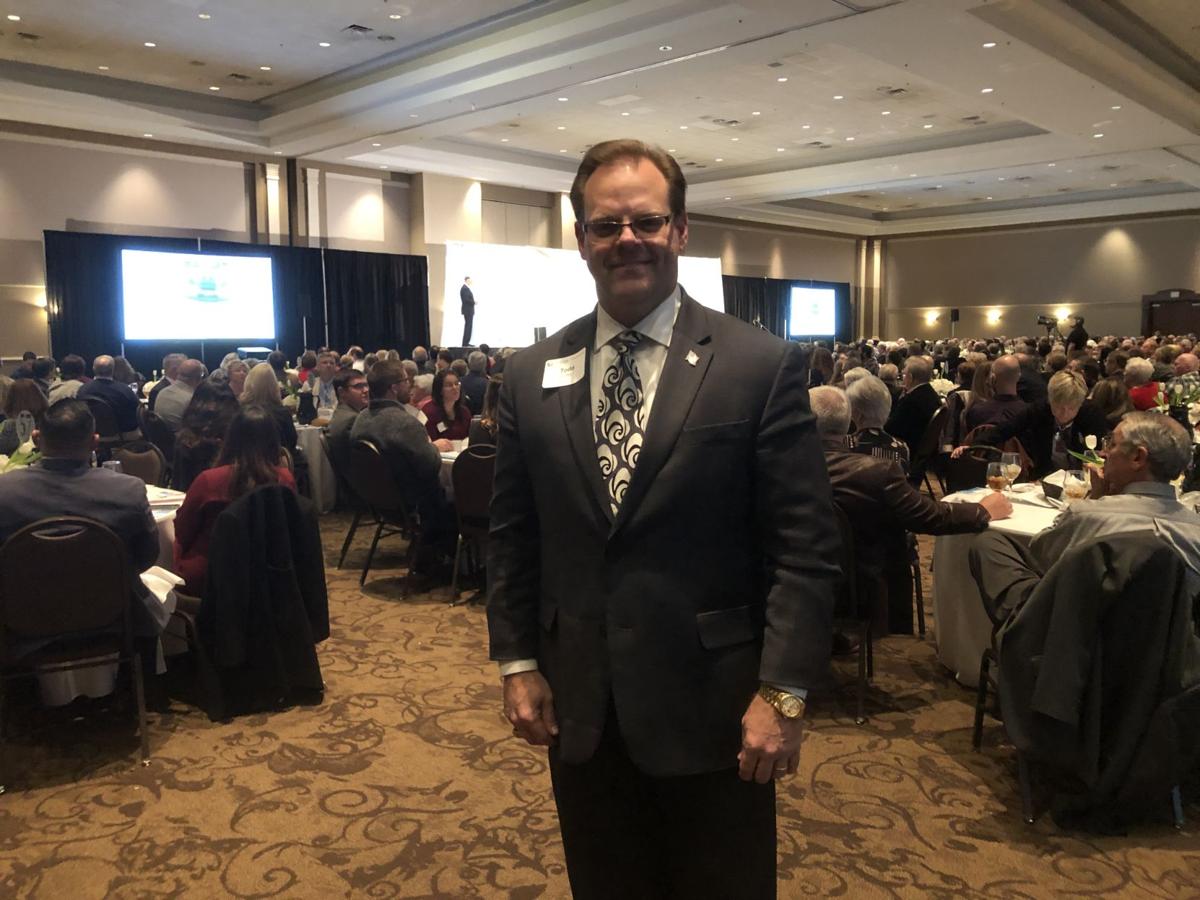 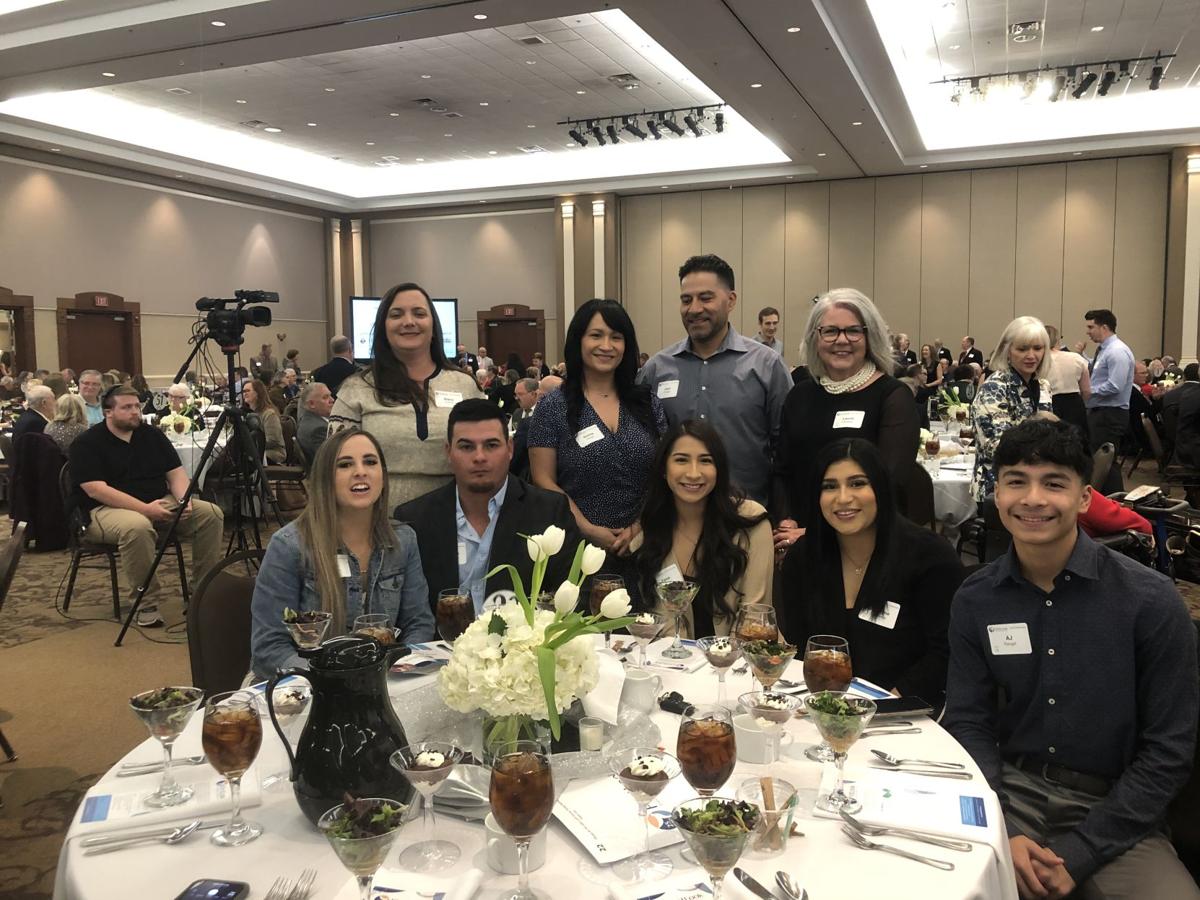 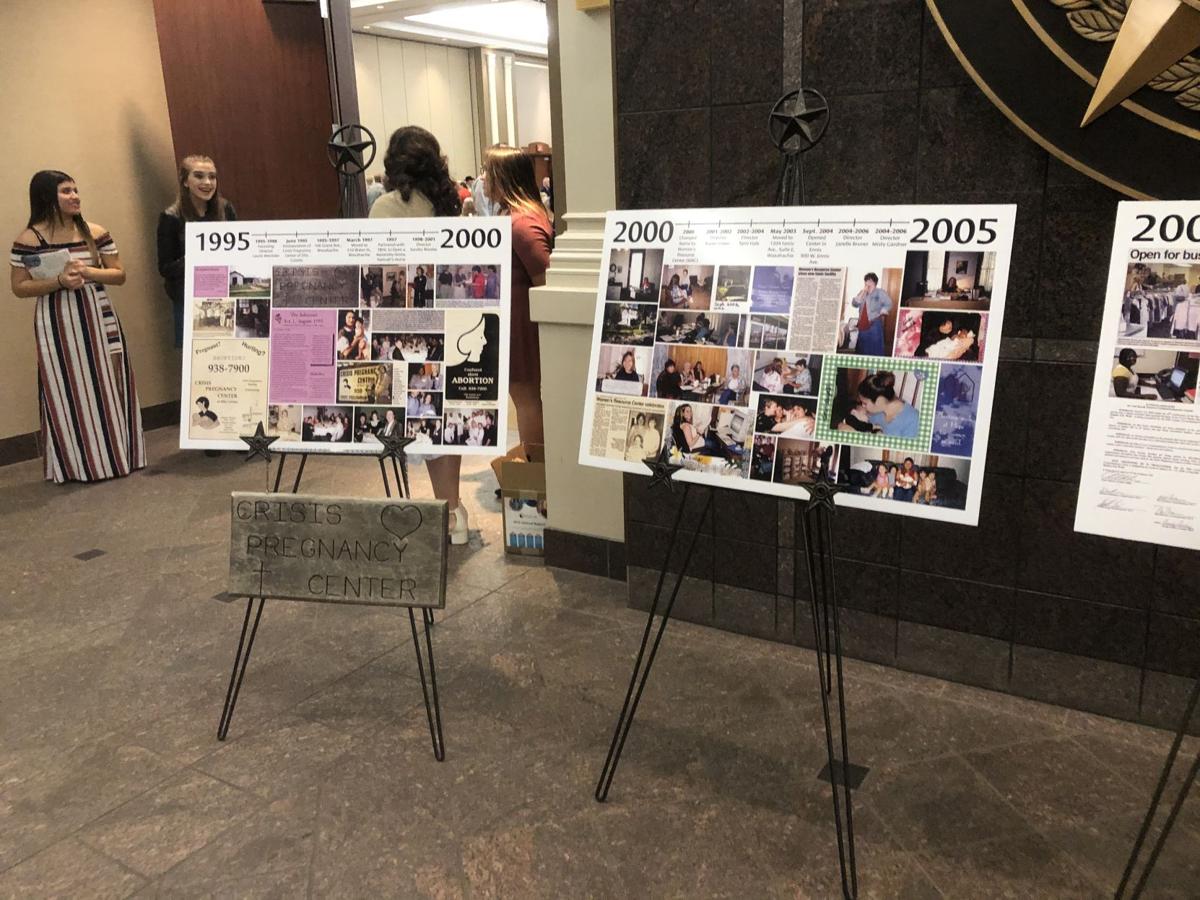 The Friends of FirstLook, a pro-life nonprofit in Waxahachie, celebrated the 25th anniversary of the organization with a gala themed “Envision 2020, Celebrating the Past, Focusing on the Future” on Friday at the Waxahachie Civic Center.

Vernon Witherspoon, FirstLook board president, welcomed the capacity crowd on hand and praised the Ellis County Commissioners Court on its recent 5-0 vote on a resolution to make Ellis County the first Texas county to declare itself a sanctuary for the unborn. He then introduced the Rev. Bruce Zimmerman, pastor of Waxahachie Bible Church, who served as the evening’s emcee.

After giving the opening prayer, Zimmerman reminisced about the beginning of Life Chain, an event that began 25 years ago and is usually held in October.

“J.D. Courtney and I were by the old shoe store by the railroad tracks on Elm Street and we had people standing along Ferris Avenue and Highway 77 all the way to the old high school,” he said of the annual event, which sees people across the nation stand together in an hour of prayer for the unborn.

“It was exciting to see what God was doing in our community,” he said. “We need the whole community behind us. The churches jumped in and God has had his hand on this ministry. The step that our county commissioners recently took brought tears to our eyes. The pastors in our community are united for this cause.”

FirstLook’s supporters over the years have included Waxahachie Bible Church and First Baptist churches in Maypearl and Red Oak. Seven individuals have made a contribution all 25 years of the nonprofit’s existence, with more than 40 donors recognized for having contributed 10 or more years.

With a capital campaign under way, FirstLook is moving forward with plans to break ground this summer for a new clinic on two acres of land donated by The Avenue Church. The new facility will enable the organization to double its number of appointments.

Keynote speaker for the event was Jim Denison with the Denison Forum, a nonprofit Christian media organization that focuses on current issues through a biblical lens. His message, Daily Article, reaches more than 100,000 subscribers around the world in 203 countries. Discussing the issue of abortion, Denison finished his remarks with the words of Kurt Tucholsky that are displayed at the Holocaust Museum in Jerusalem: “A country is not what it does, it is also what it tolerates.”

A touching moment was provided with a video done by the first client of FirstLook, known at that time as the Crisis Pregnancy Center of Ellis County.

In the video, Norma Rangel told how becoming pregnant in 1995 affected her. “My parents were strict,” she said. “My dad was old fashioned and believed in marriage first, then children. I went to a special rescue clinic in Dallas to get an abortion. I spoke to the counselors there. I didn’t know I had a choice. I wanted to keep my daughter.”

She spoke of the help she received during that time from Zimmerman and his wife, Sheila. “I attended the Waxahachie Bible Church every Sunday,” said Rangel, who moved in with Lori and Steve Westlake. “They drove me to school and to church. One night, we were sitting at the kitchen table and I asked if I could be a Christian. I became a Christian right then. I felt so relieved and loved by them and by God. I was not ashamed anymore. It was a beautiful night.

“I felt so happy that I chose life,” she said. “I am so grateful to the Waxahachie Bible Church and the Ellis County Crisis Center.”

“I was their first client and, without FirstLook and God, I wouldn’t be here,” Rangel said on the video before her daughter, Yese, now a student at Texas Woman’s University, where she’s studying child development, took to the podium to say how proud she is of her mother. “I am so happy she chose life. She is a very strong woman and I’m so proud of her.”

FirstLook, which has also been known as Women’s Resource Center in its lifespan, operates on donations and grants. The nonprofit’s CEO, Donna Young, spoke of how the annual event serves as the organization’s major fundraiser.

“Tonight, we have an opportunity to put our faith into action,” she said. “No gift is too small.”

“This is an incredible turnout,” Young said. “This is the largest pro-life event in Ellis County. The time is now to stand for life. Thank you for standing with us.”

During the last five years, FirstLook has provided its services, the full list of which is available on its website, at no cost to 4,230 children, mothers and fathers.

“It’s time for Ellis County to make women’s healthcare a priority, including prenatal care and family decision counseling to help those in crisis make decisions,” Ellis County Judge Todd Little shared with the Sun at the event. “It is an honor to be a part of the great things happening in Ellis County, including for the unborn. We are supporting what our president is doing about the right to life, liberty and pursuit of happiness. Without life, what really matters.”