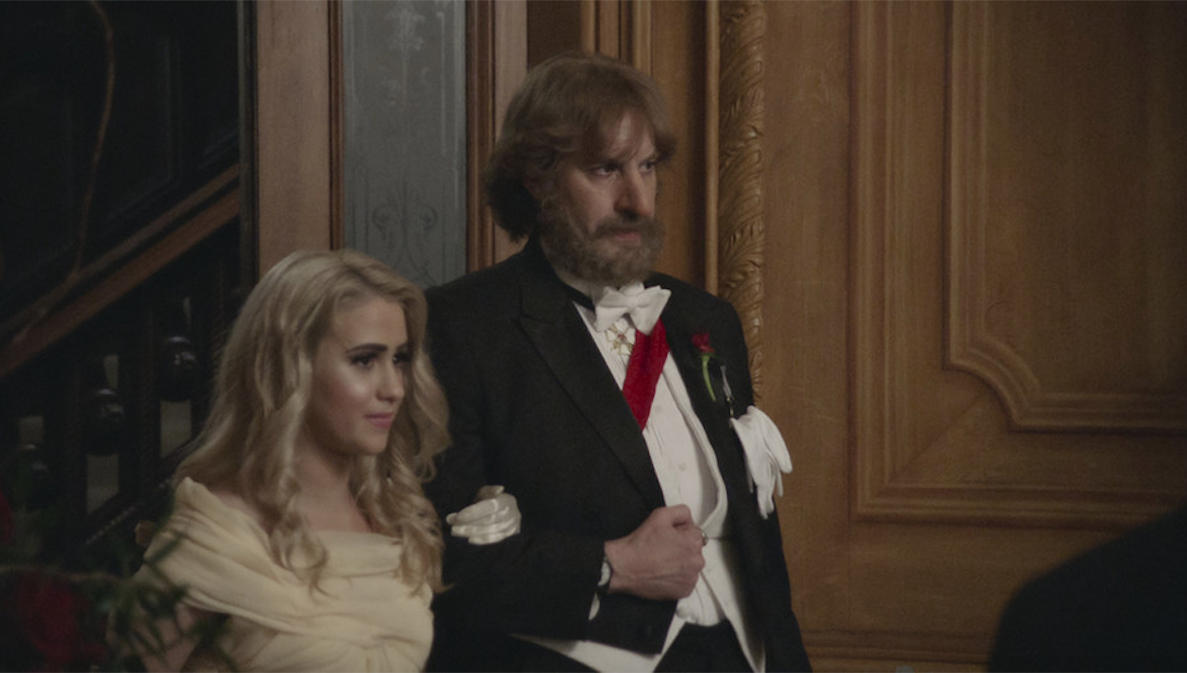 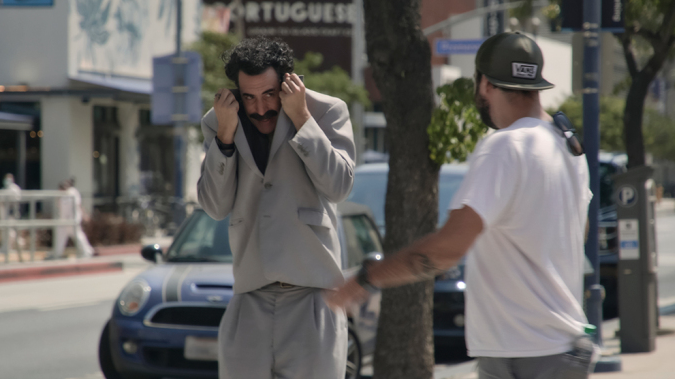 It has been said that comedy is subjective. In his latest film “Borat Subsequent Moviefilm” Sacha Baron Cohen takes a bazooka and blows up the mockumentary artform to smithereens.

“Borat Subsequent Moviefilm” is a follow-up to the 2006 comedy that tells the adventures of the fictional Kazakh television reporter Borat Sagdiyev (Sacha Baron Cohen).

In this latest installment, Borat travels back to America with the hopes of restoring his country’s world standing and pride by giving his daughter as a gift to Vice President Mike Pence. As in the first movie, Borat documents his trip with real people, celebrities and government officials. Since his identity is known from his first adventure, he used a series of disguises to get a genuine response from people.

The goal of a mockumentary is to satirize its subject and to comment on current events and issues with a comedic result. “Borat Subsequent Moviefilm” does achieve this goal, but the 95-minute run time is extremely hard to watch from start to finish. Within the first 10 minutes of the movie, I wanted to turn it off and find something better to do.

Cohen is known for his grotesque humor throughout his career beginning with the “Da Ali G Show” that aired on British television and later on HBO. Following that success, Cohen made several mockumentaries, including “Borat” in 2006 and “Brüno” in 2009, and the political satire “The Dictator” in 2012. These films are at the same level of poor taste as his latest outing.

With everything going on in the world, there could not be a better time for a laugh and, frankly, it is long overdue. But “Borat Subsequent Moviefilm” is not the answer to fulfill the comedic void in people’s lives right now.

Cohen goes for the cheap laugh that makes you sit back and say, “Wow did he go there?” while at the same time making your stomach turn in knots for watching it. The humor showcased in “Borat Subsequent Moviefilm” is the kind embraced by junior high school students. It’s lowbrow, crude and needs to be left in the past. It isn’t limited to a few scenes but spans the entire length of the movie. I feel for the average people who were duped by Cohen and his crew to take part in the movie.

The sad thing about Cohen is that he’s shown audiences he’s a decent actor when given the opportunity. This is shown in his portrayal of activist Abbie Hoffman in the film “The Trial of the Chicago 7” out on Netflix. That movie I do recommend wholeheartedly.

“Borat Subsequent Moviefilm” is rated R for pervasive strong crude and sexual content, graphic nudity and language. This movie is only available through the Amazon Prime streaming service.