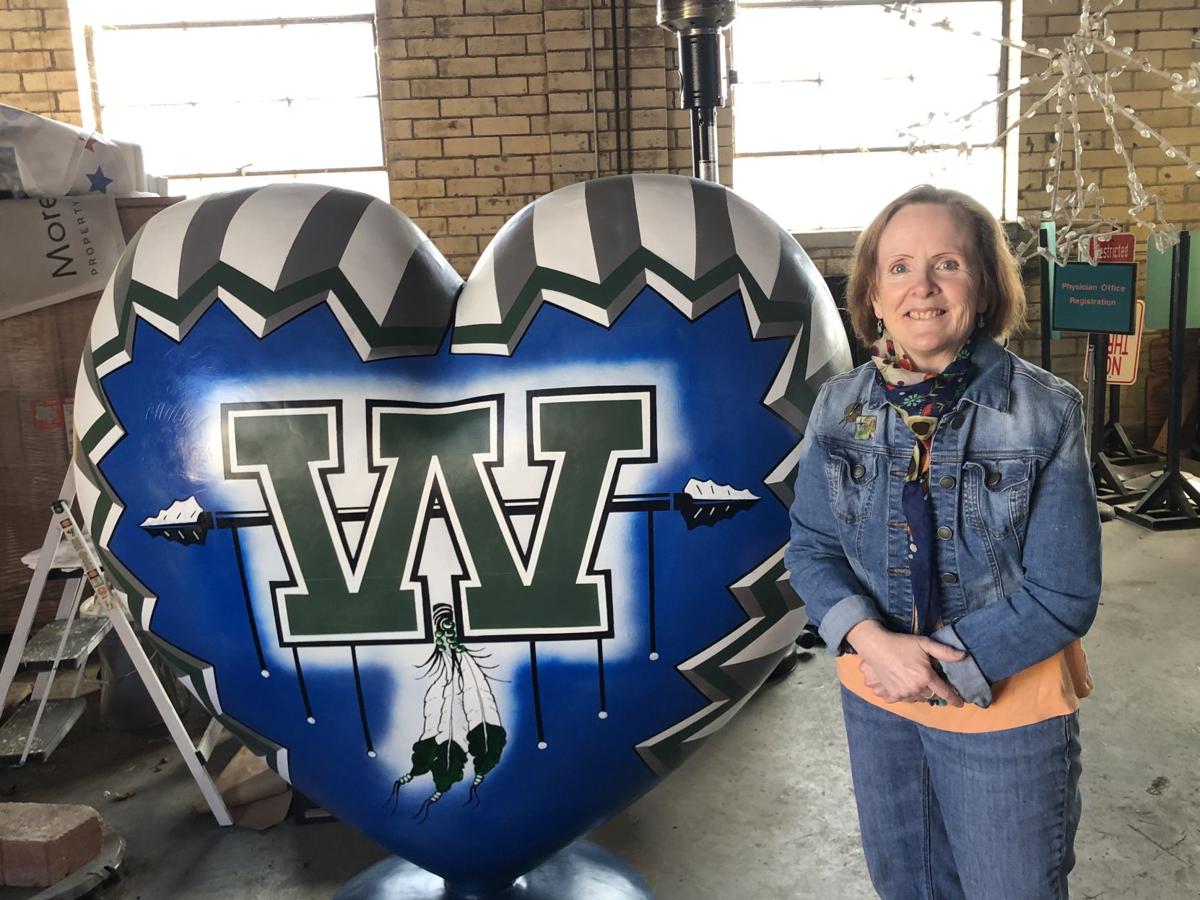 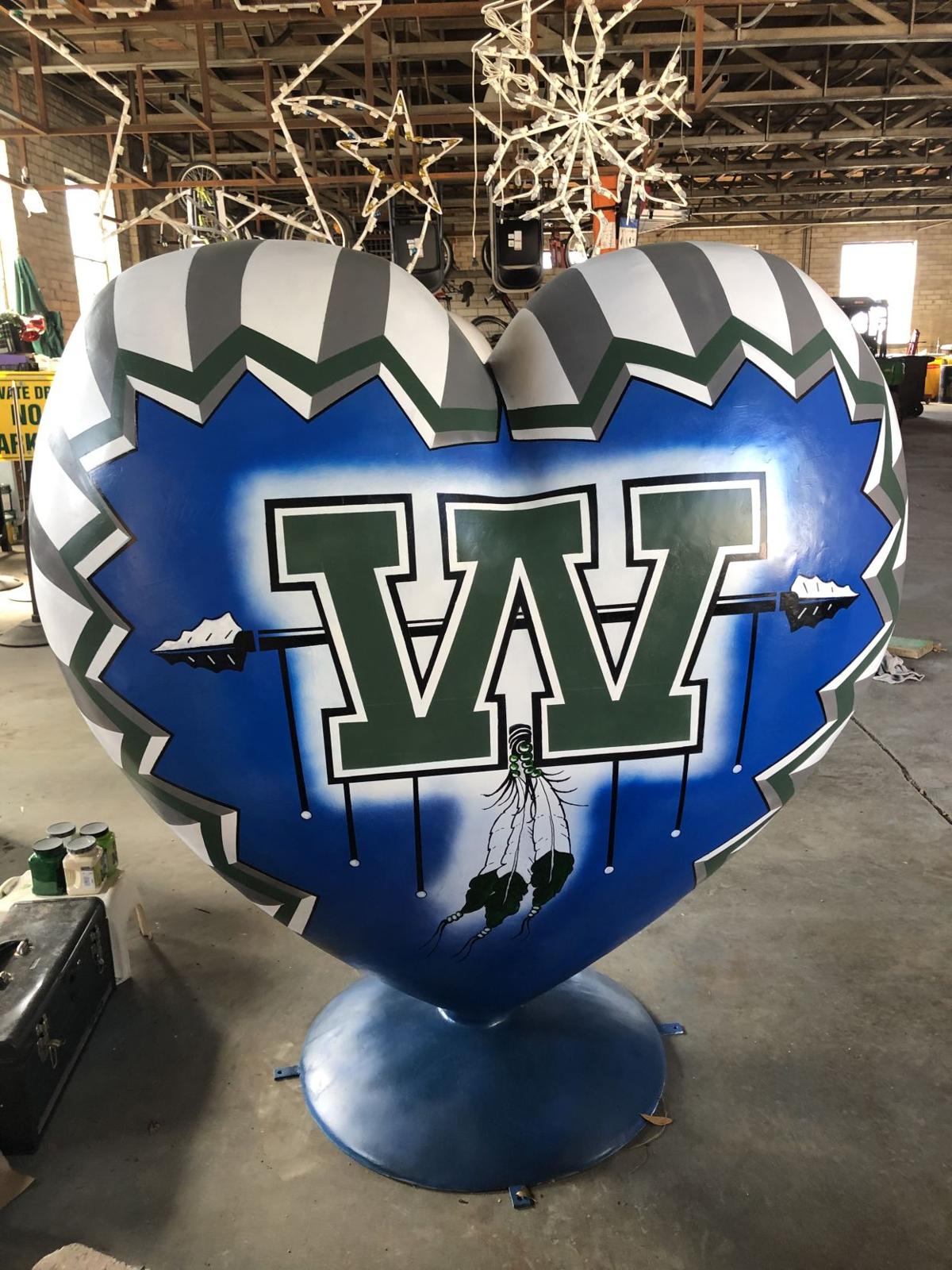 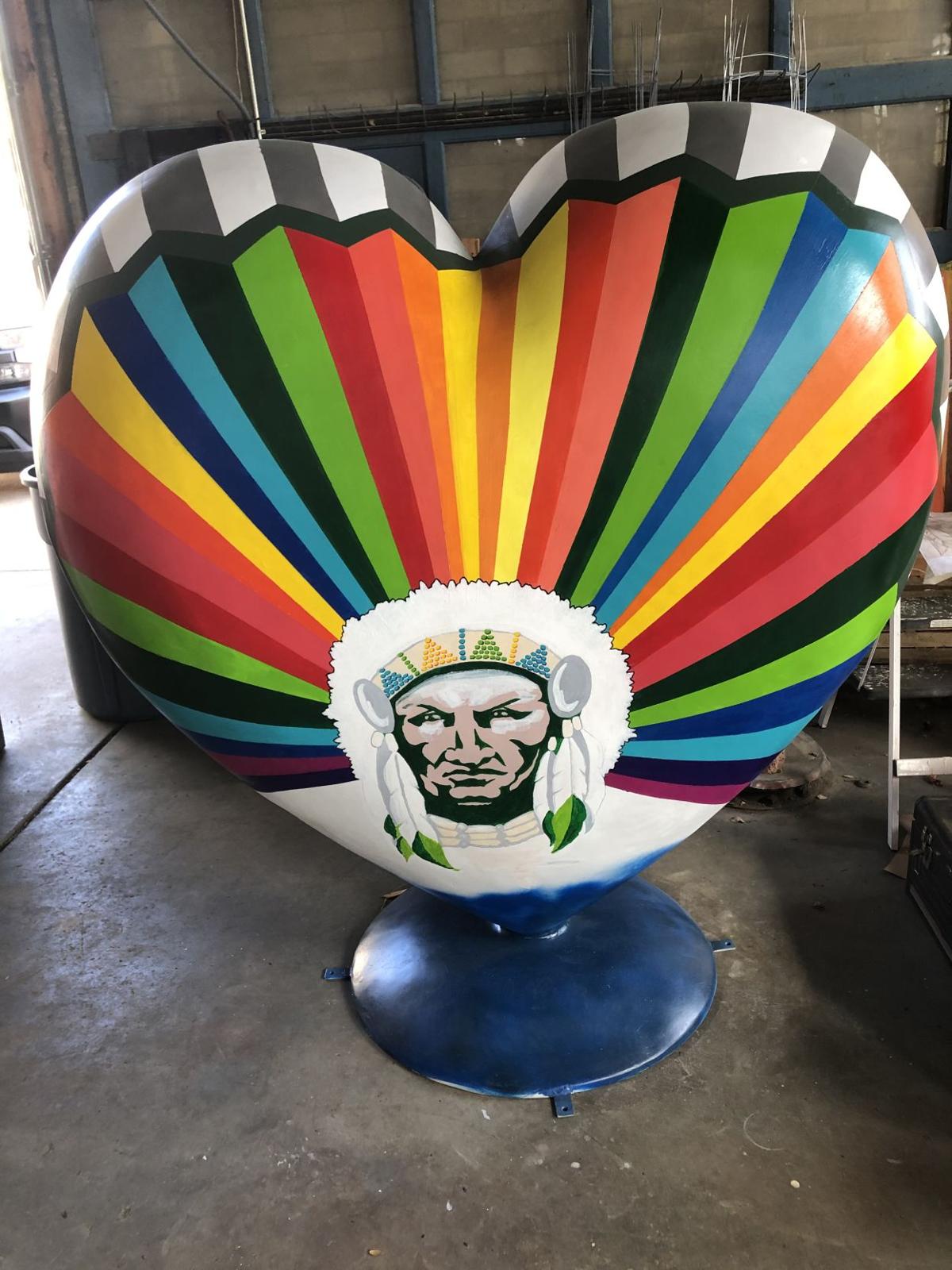 There are numerous large hearts being placed at locations around the city of Waxahachie – each has a theme and many tell a story.

One of the hearts nearing completion is being done by Toby Stevenson, a highly accomplished artist from the Waxahachie High School class of 1979. The heart she is painting is for the Waxahachie Ex-Students Association, which is preparing for its 40th class reunion.

Stevenson’s list of accomplishments is long and includes her selection as a Who’s Who member for the class of 1979 during the 2019 Ex-Students Association luncheon.

During her career at Waxahachie High School, Stevenson was actively involved in many activities. She was in the National Honor Society and received the Rotary Club All A’s Club Award for three years. She was a member of the Student Council, the Junior Historians and the Art Club.

During her last year as an undergraduate, Stevenson was sponsored by the Waxahachie Rotary Club with a Rotary International Foundation Scholarship. This led to her going to England, where she attended the University of Leeds, receiving a master of arts thesis in 1984.

After graduation, Stevenson embarked upon an artistic career as a graphic designer with Jones, Pointer, Winn Advertising Agency in Dallas, where she worked with an impressive list of clients, including the Irving Community Hospital, Doskocil Manufacturing, Abbott Laboratories and the Dallas Mavericks.

She then moved to corporate support and management in 1989, working for 17 years at CompuCom Systems, also in Dallas, while raising a family including two sons, Forrest Burks and Carey Burks, in Waxahachie.

While employed, Stevenson continued her personal love of art, winning six second place and two third place awards for her fine art and needlework at the Texas State Fair. She also entered the national Nature of Compassion T-shirt design competition sponsored by clothing retailer J Jill. She won the competition and her T-shirt design was produced and sold online as well as in J Jill stores, with the proceeds given to women’s charities.

Stevenson has also utilized her talent for her classmates by creating the T-shirt design for the class of 1979 at its 30th and 40th reunions.

In 2012, she moved to Cypress, Texas, where she taught young adult classes at the Artist Within Studio School. She began writing short stories and had her first novel published.

Stevenson, who turns 59 in April, was diagnosed with Parkinson’s disease at the age of 45.

“It does hinder me but it does not define who I am,” she told the Sun.

Since retiring in 2018 and moving back home to Waxahachie, Stevenson has stayed busy, focusing on jewelry designing, writing, watercolors and pencil drawings.

She has a website, tobystevenson.net, which has samples of her art work as well as her writing about her Parkinson’s diagnosis and living with the disease. She said her desire is to share her experiences and to also inspire and encourage everyone to believe in their dreams.